One Of My Favourite Tales Role-Playing Games Just Got Better

impressionsjrpgps4switchtalestales of vesperiatales of vesperia definitive editionxbox one
To sign up for our daily newsletter covering the latest news, features and reviews, head HERE. For a running feed of all our stories, follow us on Twitter HERE. Or you can bookmark the Kotaku Australia homepage to visit whenever you need a news fix.

Tales of Vesperia is one of the best entries in the long-running Tales series. Originally released worldwide in 2008 for the Xbox 360, it came out on PS4 only in Japan in 2009 with extra playable characters, a more fleshed-out story, full voice acting, new mini-games and more. Nearly a decade later, Bandai Namco finally gives Western fans a taste of the good stuff with the Tales of Vesperia Definitive Edition. It’s got all the bells and whistles, plus a couple extra voice actors.

The Tales series, which launched in 1995 with Tales of Phantasia for the Super Famicom, is a group of Japanese role-playing games known for colourful, well-developed characters and fast-paced real-time combat. Vesperia follows the mismatched pair of rogue former knight Yuri Lowell and wayward princess Estellise Sidos Heurassein as they adventure across the world of Terca Lumireis in search of a missing friend and a magic thief. Along the way they assemble a crew of diverse characters, and their adventure turns into more of a saving the world joint, because that’s what Japanese role-playing games do. 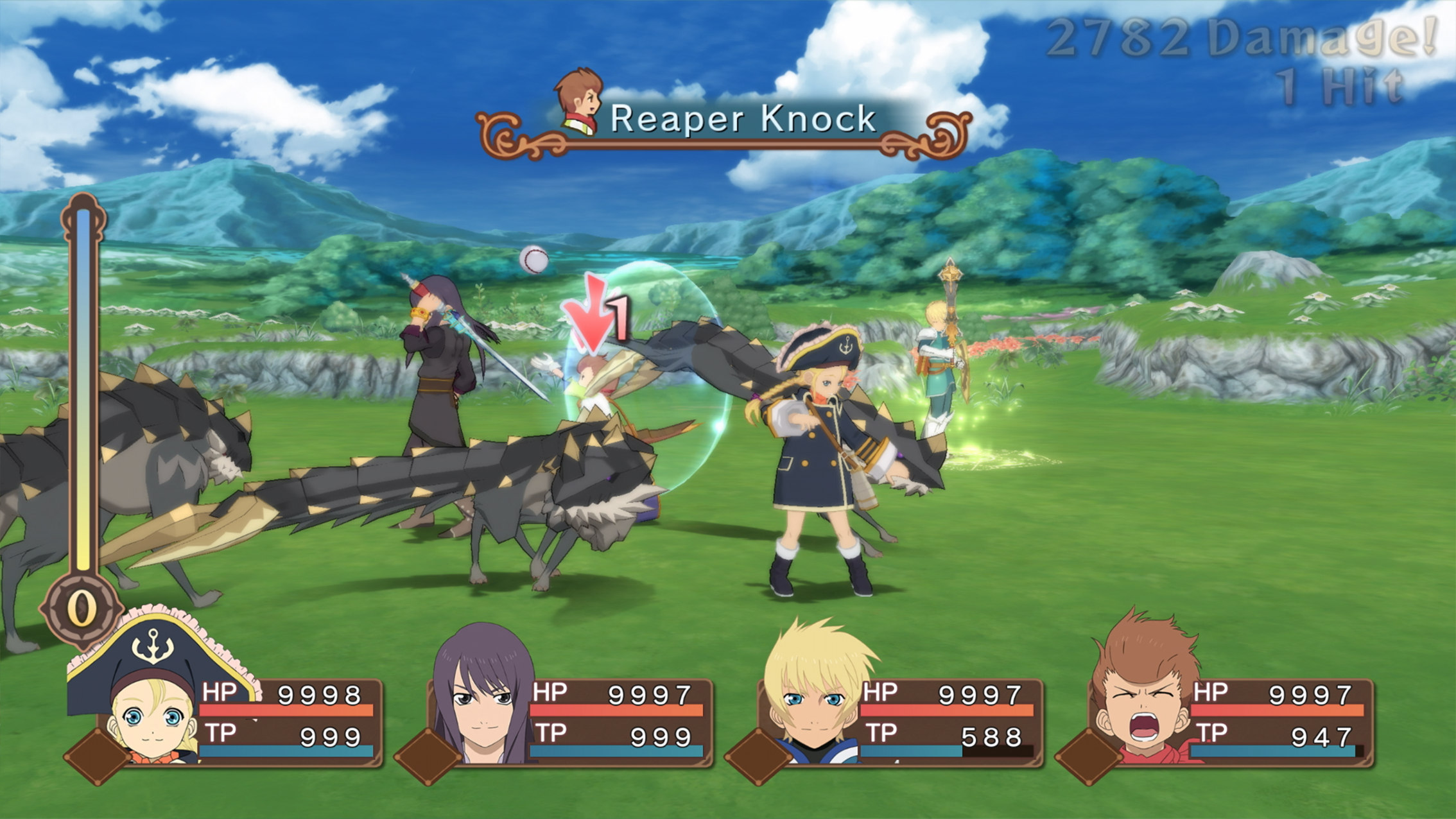 I’d rank Tales of Vesperia slightly ahead of the classic Tales of Symphonia but a bit behind the edgy Tales of Berseria. The Xbox 360 release, which I reviewed back in 2008, kept me riveted from the moment I spun up the disc. Drawn to the outstanding characters, compelled by the dynamic real-time battle system and carried along by the narrative’s excellent pacing, I burned through the 50-hour game in a weekend (I didn’t have twin boy children back then). It left me wanting more. 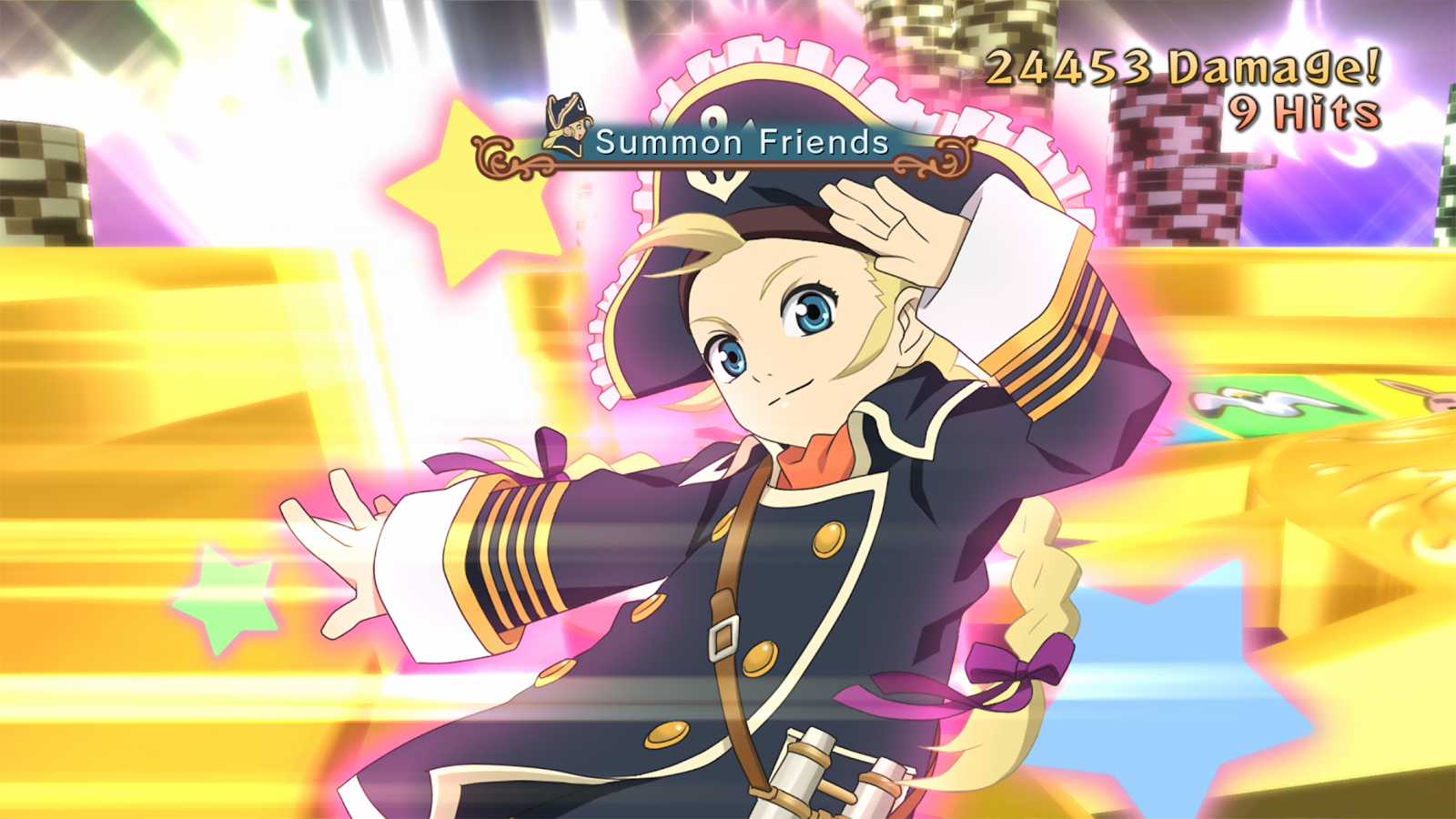 She is so cute.

A year later, Japanese gamers got more. A lot more, really. Flynn, the knight who main characters Yuri Lowell and Estellise are searching for at the beginning of the game becomes a permanent party member in the enhanced edition. Young pirate Patty Fleur, a major playable character in the PlayStation 3 version, wasn’t in the Xbox 360 original. Characters get new side and main quests, making them more fleshed-out than ever. Repede, Yuri’s canine companion and one of the best good boys in gaming, gets his own snowboarding mini-game.

All of that is in the Definitive version, which I’ve been playing this week on Xbox One and Switch (it’s also out on PC and PlayStation 4). It’s about damn time we got this.

One of the biggest changes is the amount of voice acting in the game. The Japanese PlayStation 3 version more than doubled the amount of spoken dialogue, adding voice to some of the game’s less important scenes. Now, for the first time ever, that extra dialog is recorded in English. The new voicework has riled some fans, because Bandai Namco decided to not bring back some of the voice actors from the original English recording. Most notably Troy Baker, who originally voiced purple-haired protagonist Yuri, has been replaced with voice actor Grant George. While Baker’s original voice acted lines remain in game, all new dialogue is performed by George.

It’s not as jarring a difference as I expected it to be. While I would have preferred Baker all the way, George does a passable Yuri. Check out the following video. The first part is voice by Baker, from the original recording. The second part, in the sewers, is George. It’s fine.

New bells and whistles aside, the other major difference in the Tales of Vesperia Definitive Edition is the enhanced HD graphics, though honestly it’s not that big of a change. The original game only came out a decade ago on the previous generation of hardware. The Xbox 360 was plenty capable of rendering its gorgeous cel-shaded style. In the comparison video below, recorded by YouTube’s ContraNetwork, there’s not much of a difference between the Switch version and the Xbox 360.

I almost feel sorry for the Japanese PlayStation 3 owners who played this version originally. All they’re getting with the Tales of Vesperia Definitive Edition is a slightly shinier version of the same game they played a decade ago. Western fans of the Tales series get an excellent reason to replay an outstanding game.

I’m one of those fans. I started replaying the game on Xbox One. After playing for several hours I swapped over to the Switch for convenience’s sake. I’m excited to get to the content I didn’t get to play back in 2008, but I am also excited to revisit one of my favourite games. The old stuff holds up. The new stuff is icing on the cake. Sweet, sweet Yuri cake. 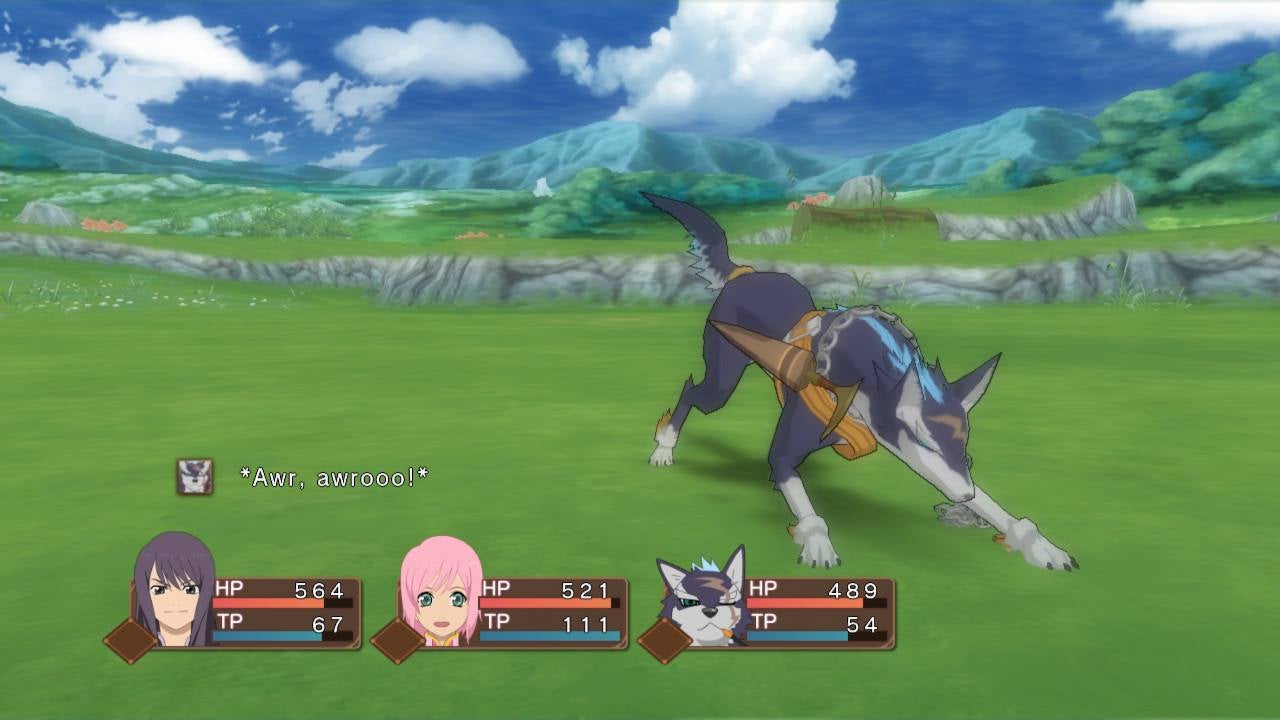