Overwatch Is No Longer My Third Place

Nobody ever asks why anyone stopped playing Halo 2. No response would merit it. The game came out in 2004, and three years later, there was Halo 3. At some point, it got old. Another game came along. Friends moved on.

Everybody has been asking me why they don’t see me on Overwatch anymore. It used to be that on most weeknights, between the hours of 9 PM and 11 PM, a green dot would accompany my Battle.net tag. It had been like that for years. Overwatch was a place where friends could find me, like the neighbourhood coffee shop in “Friends” or the corner pub.

When I stopped showing up, I got questions. Nobody was worried when I stopped coming around — my job necessitates regular bylines, so friends had repeated assurances that I am still alive. But Overwatch had once been my third place, where I went when I wasn’t home or at work, and I was no longer there, which meant that either I had changed or the game had changed.

Games are places now, not just entertainment media. It’s been like that since the great boom of massively multiplayer online role-playing games like World of Warcraft and Final Fantasy XI, sprawling virtual worlds that, in addition to being games, also included attractions like dressing up in festive costumes, sitting on the beach and talking, riding a giant bird across the desert and shopping for presents at the auction house.

Now, online shooters are places too, furnished with lobbies, embedded voice chat, and in-fashion skins. They’re where you meet your friends to do your hobby, similar to batting cages or golf courses or pick-up basketball at the YMCA. In broader terms, they’re mind palaces where players hunt down whatever might spur whatever dopamine rush they may seek alongside friends.

For me, I love the feeling of control, and in my time playing Overwatch recently, control has become a near impossibility.

I recommend Googling “Why I stopped playing Overwatch.” “Here’s my reason,” wrote WorstPlayer on the Battle.net forums last September. “I stopped playing was because I started watching Naruto, and I am now addicted.”

Other players cite the arrival of newer games, damning changes to a favourite hero or friends they played with moving on. The most common response I have seen from players leaving Overwatch was, “It’s too stressful.” This is a six-versus-six team shooter, so winning means relying on internet strangers to be a.) competent, b.) good communicators, c.) serious about winning and d.) unselfish.

If you’re not all of the above, you’re probably losing the game for your team and they will know and they will tell you. Likewise, because Overwatch players tend to enjoy strategising, lots of them also enjoy picking apart what exactly went wrong and assigning blame as they deem fit. On the whole, of course, no one person has control over a win or a loss.

Hundreds of hours into playing Overwatch, after mastering the basics of the game, Overwatch’s metagame emerged: Arguing over who lost your team the game and why it was not you. 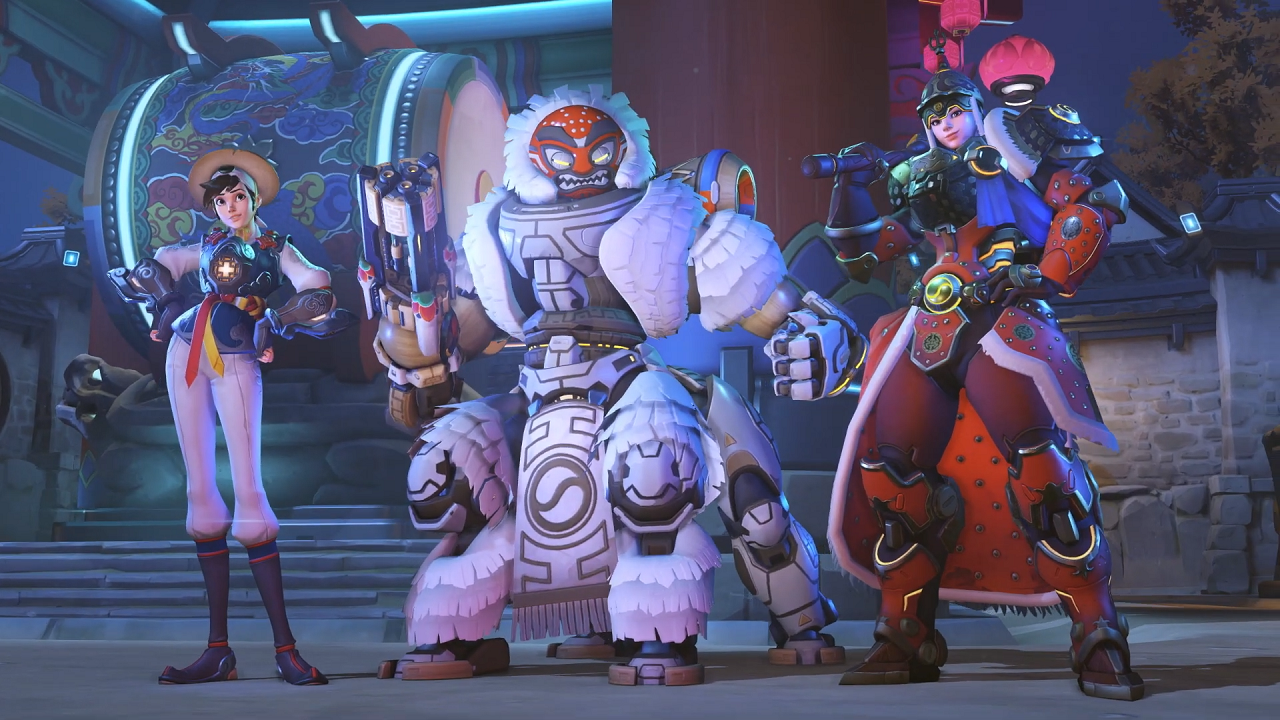 This loss of control became more pronounced as Overwatch’s “crowd control” mechanics took over. Pushing, stunning, sleeping, popping backwards, bouncing into the sky—after the introduction of characters like Brigitte, Wrecking Ball and Ashe, this all could happen over the course of a minute in an Overwatch game.

Returning to Overwatch just this morning, I watched myself get sleep-darted, knocked off a platform and popped back into a wall by three different heroes. It was a bit of an out-of-body experience. There was nothing I could do. Overwatch, once my go-to third place, had become a pressure cooker and I was a kernel of popcorn.

The ambiguousness of success and failure outside of games can feel messy, and in games, these things are refreshingly rigid. I used to go to Overwatch for that structure. Even as the game changed and new heroes entered the fray, I enjoyed taming the new forms of chaos. Everything felt manageable so long as I applied myself.

At some point, the balance shifted. I can’t pinpoint what it was exactly, but over the last few months, I realised I couldn’t get that feeling of control out of Overwatch anymore. And seeking it out only heightened my frustration.

Publishers don’t just airdrop a game and rocket off anymore. Many games ask for continuous investment. Overwatch is not what it was in June 2016. Eight new heroes have been introduced since then, along with some major hero reworks, countless balance patches, a handful of seasonal events, new modes, lore, an infinitely increasing number of tempting skins and a multimillion-dollar esports league, all aimed at keeping players’ palates whetted and the franchise fresh.

Overwatch has generated over $1 billion in revenue, in part because it’s a live game. In “third place” terms, it’s gotten trivia nights, a back patio, string lights, an on-call maintenance crew, and a cycling menu of refreshments, all aimed at making customers feeling more entertained and at home.

Overwatch has now become unrecognizable to me. If you’ve ever been on an Overwatch message board, you know they are littered with desperate calls for Blizzard to change the game in one way or another, with each player having their own ideas of what a good game looks like. This, in theory, is good. Overwatch stays interesting when it changes. It’s good for investors. It’s good for new players. It’s good for esports. Lately I’ve learned that there’s a balancing act that must take place between newness and oldness.

If games are to be both places and continuously appealing commodities, there will always be the risk that, at some point, they will become too molten to call home.