Usually when people think of cheating in a shooter they imagine someone using an aimbot to magically hit opponents from through walls. Recently, Rainbow Six Siege players stumbled across a much more bizarre form of exploit, one that basically sends their characters on a virtual acid trip.

Basically, Rainbow Six Siege players are making it so when the other team looks at a certain spot on their team’s bombsite their vision become bugged, and the textures in their game start flying off in wild directions. This makes it basically impossible for the opposing team to see anything. Players have been cagey about explaining how exactly the glitch works for fear of it becoming more common, but it’s already spreading on the internet.

As more and more people began sharing images of the glitch on the game’s subreddit, YouTuber MicrowaveGaming put out a video explaining the phenomenon in more detail and showing it in action (thanks Rock Paper Shotgun).

Microwave and others have dubbed the exploit “The Bird Box Glitch” after the Sandra Bullock Netflix movie Bird Box in which people who lay eyes on certain creatures are driven by the horror to commit suicide. 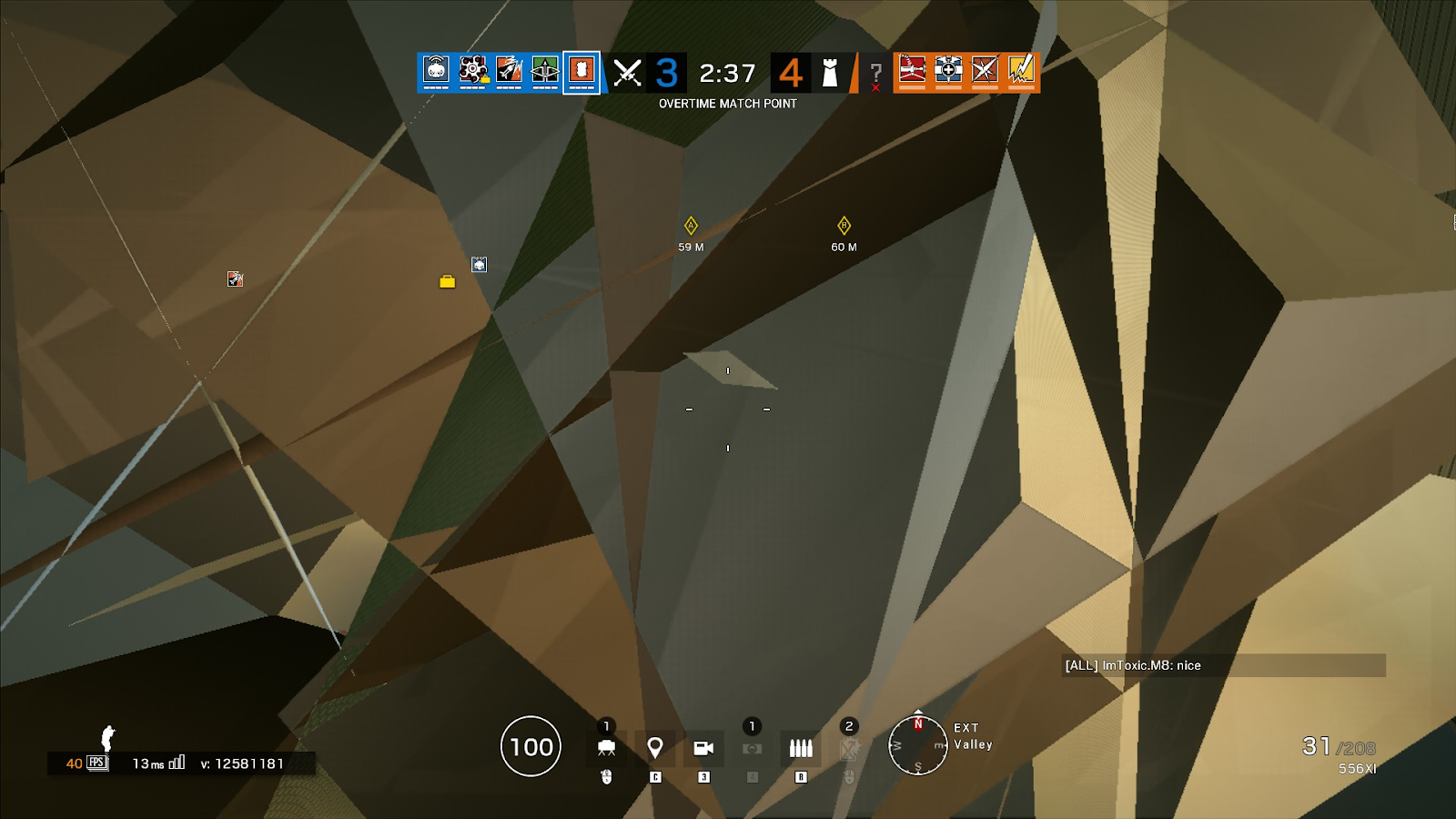 There are some ways to fix the glitch, including going into the game’s settings and switching anti-aliasing off and then back on again. Switching to a side-arm has also reportedly been successful in some cases, but even these workarounds put the victims of the hack at a severe disadvantage. 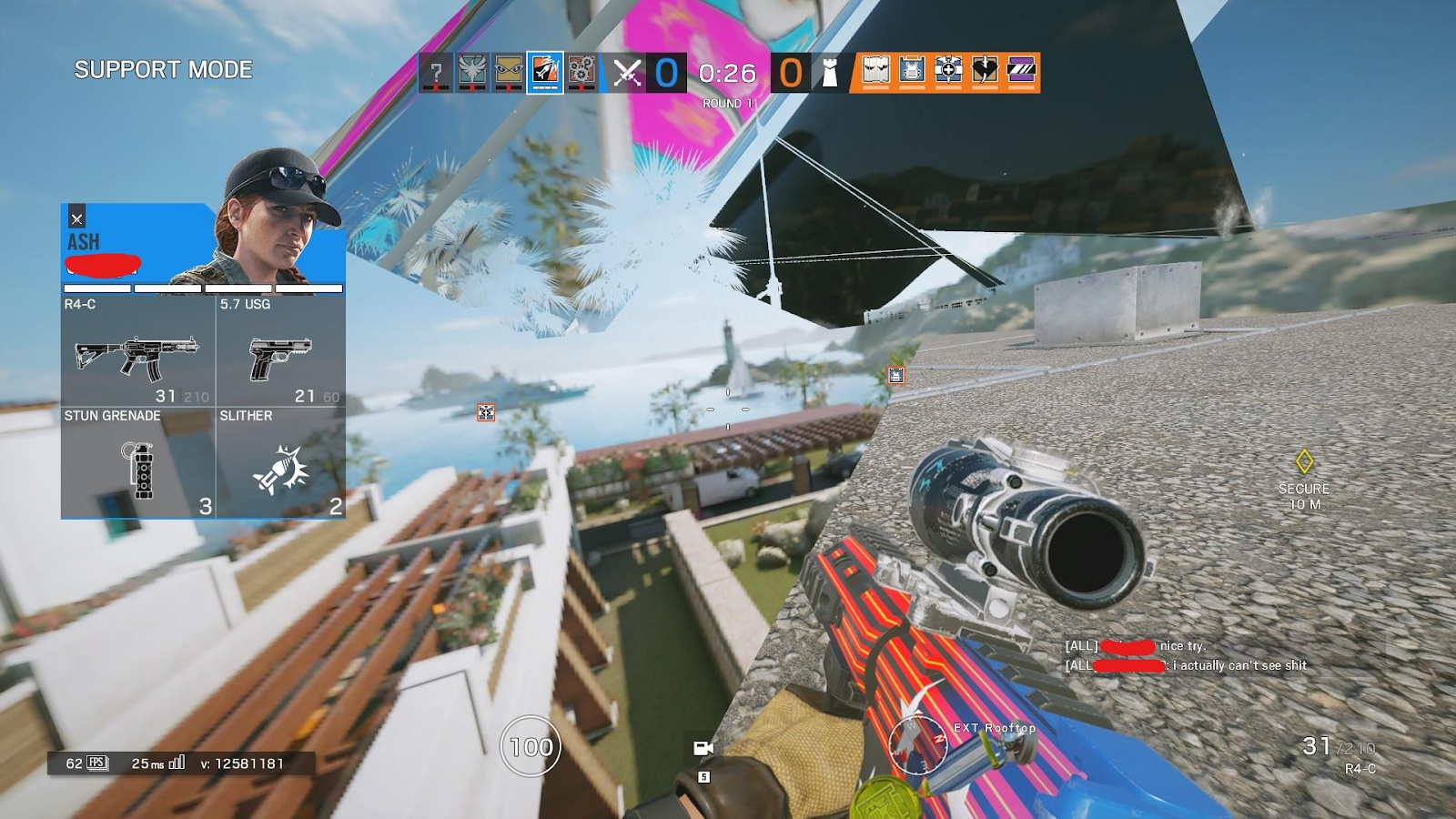 The Bird Box Glitch is visually interesting to behold and one of the more creative ways of cheating. It’s certainly better than being magically shot by someone before you even turn the corner. Ubisoft did not immediately respond to a request for comment about the cause of the glitch or when a hotfix will go live, but it hopefully won’t take too long as more and more people start encountering it.