There’s a new Sonic the Hedgehog board game out. And having spent the last week playing it with my kids, I think that aside from Mania it’s maybe the best Sonic game I’ve played in years, regardless of the medium.

Sonic the Hedgehog: Crash Course — designed by Sean Mcdonald and published by IDW — is a family board game for 2-4 players. It’s designed for ages 8+, and should take around 30-40 minutes from start to finish.

It’s a racing game, which in terms of thematic fit might at first might seem kind of weird. After all, Sonic games are (usually) platformers, all about exploration and bad guys and bosses, and the goal is to defeat Eggman in battle, not in a footrace.

Yet a racing game is actually a great way of expressing Sonic’s most important hallmark: speed. 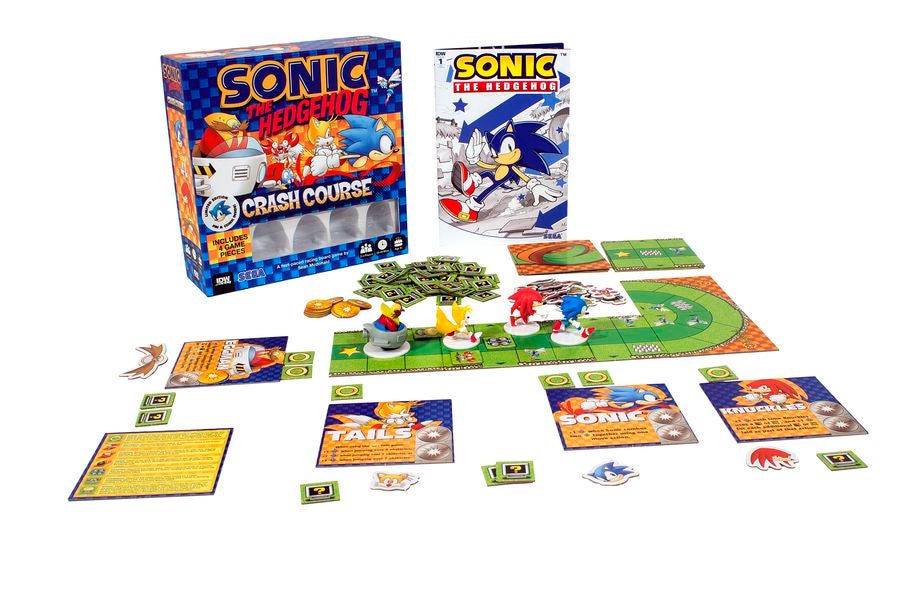 The game is played by laying down tiles that build a track. Players take turns either moving their character, picking up items or repairing damage, and the core of Crash Course’s strategic demands revolve around deciding which of those actions to perform and in what order.

It’s built for 2-4 players, but playing with just two wasn’t that great; I found that the racing and hijinx scaled much better with three or four, with the extra chaos worth the slight increase in downtime between turns.

The way the track is built is maybe the best and most Sonic-y part of Crash Course, because you don’t lay out the entire course upfront, you just start by building a few pieces. You only add a fresh tile once a player is ready to cross over onto it.

It’s a brilliant idea that translates the speed of old 2D console games — where you couldn’t see what was coming until it was right on top of you — to a tabletop experience.

The rest of the game’s thematic implementation isn’t quite as elegant. Aside from the act of actually racing/moving forwards, the other important element of Crash Course’s design is the use of items. Instead of finding certain enemies and speed boosts scattered around the course, players take possession of items off the board and then are able to place them manually.

Like Mario Kart, basically, only this isn’t Mario Kart. 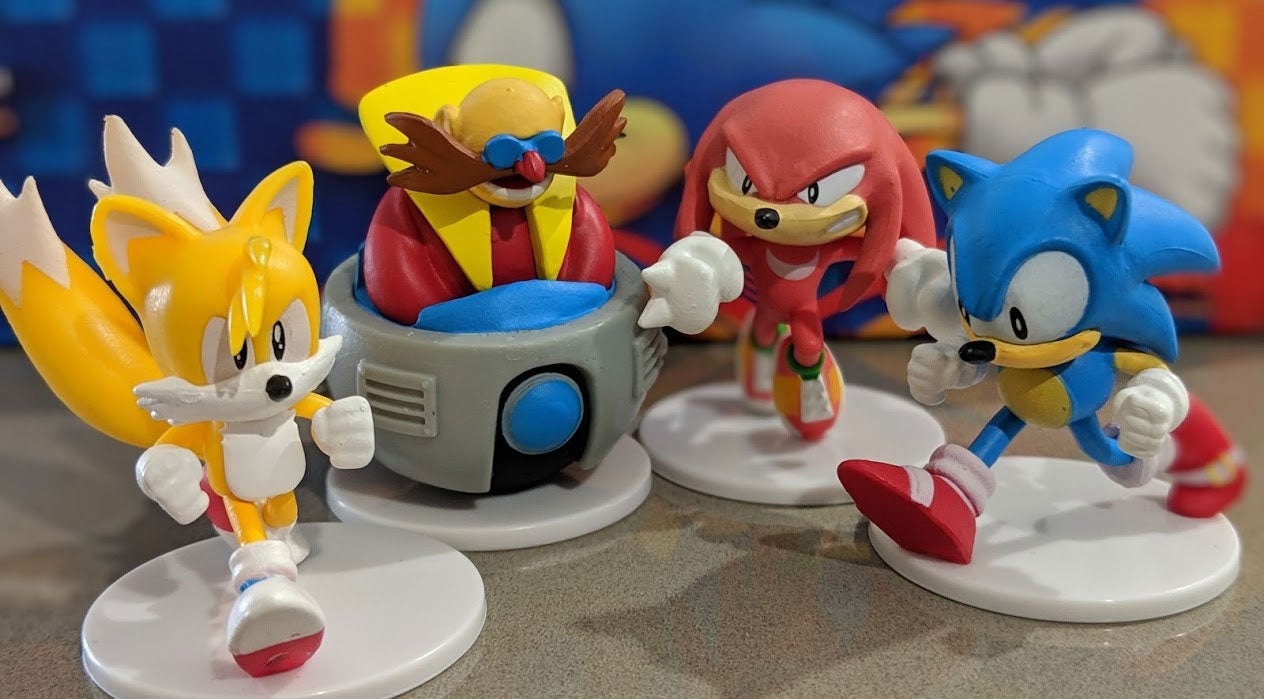 While the game’s fairly bare-bones in most respects, the four miniatures are great.

Not that this is a big deal; it’s actually a really smart and funny way to handle race strategies. The course is littered with spikes and enemies, and it’s great to drop items that can shunt a rival into damage or reverse positions.

Any thematic oddities — really, this could/should have been a Mario Kart game instead of a Sonic one — are more than outweighed by the joy of using a booster to throw Tails into a nest of spikes.

About my only complaint is that while the game’s race generation system is cool, it could have done with more tiles and more variety to them; there’s only a straight, a single type of bend and some shortcuts, which is fine, but it can also get a little monotonous. A few other types of terrain might have spiced things up some more.

And that’s about all there is to Crash Course! It’s a very light game, one aimed at the department store crowd (anyone looking for a similar but weightier Sonic racing board game should check out Battle Racers), so it’s not bogged down by too many rules or components.

But what’s there is a well-designed racing experience with a very cool way of replicating very fast video games in a very slow setting.