The Difference Between Horror Movies And Horror Games

I hate horror movies. I hate having to sit and watch as helpless people walk headlong into traps or hide fruitlessly from killers. I hate the moments of quiet leading up to the next jump scare. But I love horror games. I review them enthusiastically. So much of the distinction comes down to doors and corners, and choosing for myself when to push through to the other side.

In horror movies, I have to watch an otherwise smart character do something stupid. There’s a monster is on the other side of a door. I know it is right there, and I know the character should just turn around and run. But they creep closer to the door anyway, until it bursts open and they are pulled screaming into the darkness.

In the horror games I like, doors and corners are bold and important lessons in player empowerment. I decide when to go past them. Our ability as players to choose when we confront danger radically alters the nature of horror in games when compared to other media.

I think about this when playing great horror games like The Evil Within 2. It was also on my mind as I played the recent Resident Evil 2 remake. While some of Resident Evil 2’s thrill rests in being backed into a corner and overwhelmed by foes, another equally intoxicating aspect involves the moments when you decide to press forward. There had been times when I knew a licker was in the hallways and I made the choice to enter and run through, not stopping to fight.

My successful rush from one doorway to the next was made all the more exciting for the moment when I worked up the courage to take the first step. While playing as Claire, I once had to rush from one side of the Raccoon City Police Department to the next. I ran to grab a key item and never slowed down. If a zombie was in my way, I shot their knees or head and pushed by. I evaded the dastardly enhanced enemy Mr. X by baiting him to punch at me and then ran around him. That fearless rush started in a safe room and began when I looked at the door and decided “OK, let’s do this.” 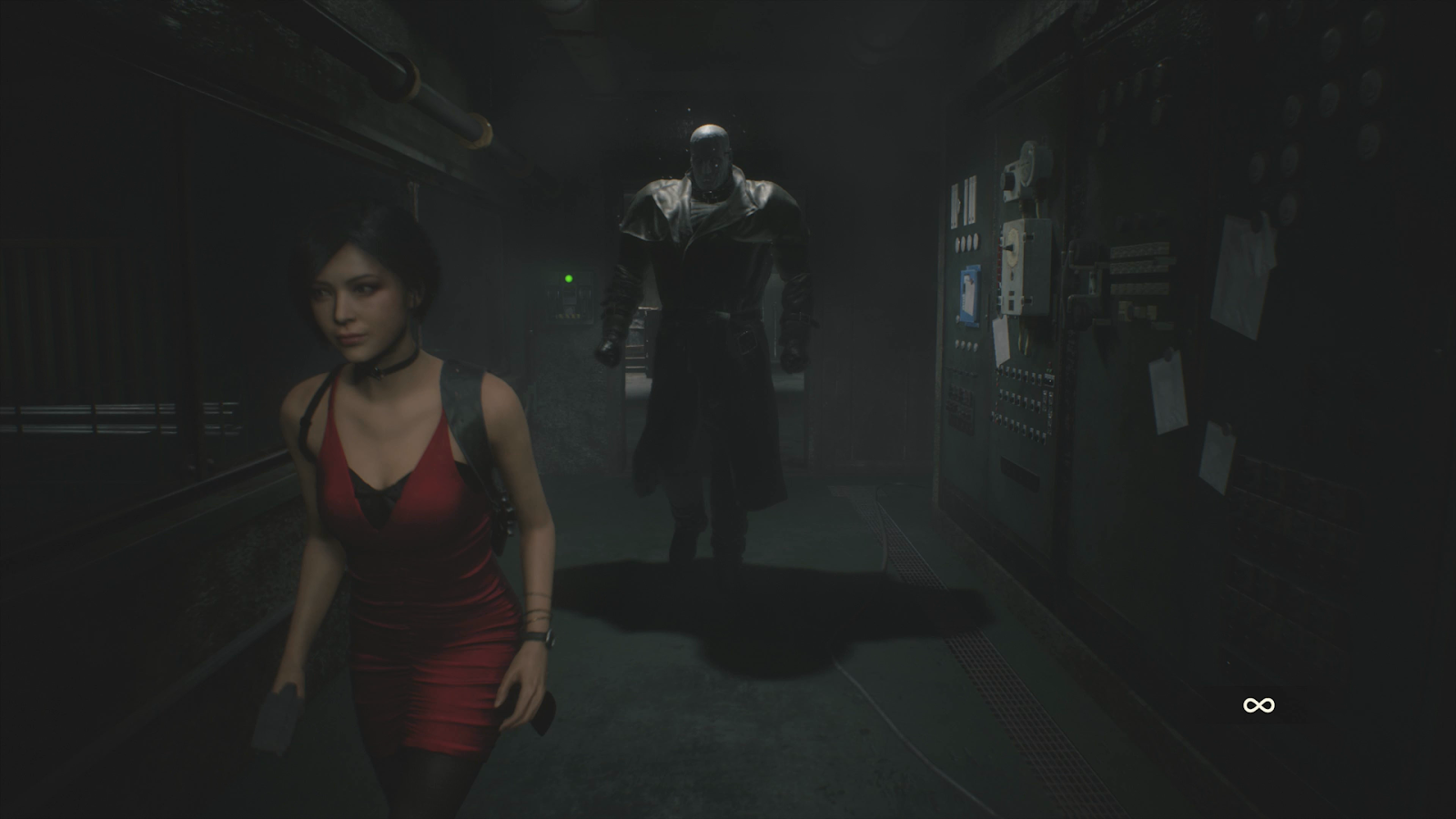 Horror games don’t always give you control. I wouldn’t want them to. Resident Evil 2 disempowers players in an exciting way when taking these decision-making moments away from you. One reason Mr. X is scary is because he often robs the player from having these moments of deliberate action. In my review I mentioned a moment when I had been waiting behind a door and hoped he would leave the room I needed to enter. Instead, he burst into the room I was in, which had been a safe space up until that point.

Whereas interactivity had previously assured me that I could engage with the world and its threats when I was prepared, Resident Evil 2 took that away from me and created its scariest moment. The idea that this massive Tyrant could enter any space or burst through a wall radically altered my relationship with the game. And while I sometimes found that Resident Evil 2’s revamped controls empowered me enough to deal with him, there no denying that Mr. X’s fundamental refusal to allow me to wait and open the door when I was ready helped create genuine horror.

I think about Resident Evil 2’s various doors and how often I was able to decide when it was time to take a breath and cross the threshold. I think about how its camera changes ensured I had eyes on the threats before me. In those moments, I see the ways in which I find video games less terrifying than movies or books. But when Resident Evil 2 removes choice and control, I also see the ways in which it pushes horror forward.

Movies are straightforward. We are observers who lack power and control. Games empower us. Most of the time, they give us the guns and let us open the doors. It changes the horror experience, often into something more manageable. But games scare me most when, like movies, they open the door before I am ready.