The Walking Dead Is Still Alive, But The Latest Episode Feels Shaky

It wasn’t clear what would happen to the final season of Telltale’s The Walking Dead after the company’s sudden and shocking closure in September. Production was picked up by Skybound Games, using some of the original Telltale team. The latest episode continues one of the series’ best seasons. But playing it, I get a sense that something is slightly off.

The first two episodes of The Walking Dead: The Final Season were some of the best since the original season in 2012. They follow Clementine as she tries to protect AJ, a child she’s been guarding since the end of Season Two. Clem and AJ stumbled upon the Ericson Academy for Troubled Youth, a small community of children, and got dragged into a war with neighbouring raiders. The series has featured revamped combat, budding romances, and some intimate character beats. At the end of the last episode, raiders led by Season One survivor Lilly kidnapped a handful of Ericson students during a battle. Going into episode three, the stakes are as high as they’ve ever felt in a Walking Dead series.

This latest episode, “Broken Toys,” has a lot of ground to cover, and the result is inconsistent. The issue is pacing. This episode wants to hit a variety of character moments and even ask some questions about the setting as a whole, which means moving from one scene to another rather abruptly. These scenes are great when taken in isolation, but as a connected whole, they stumble. The episode leaps from an interrogation sequence to stealth mission planning, then goes for character beats and introspection at a pace that gives these moments very little time to breathe.

There’s an oncoming sense of finality here, a race towards the endgame, and it’s hard to decide if that’s just where the story had written itself or a battle scar of tumultuous development. 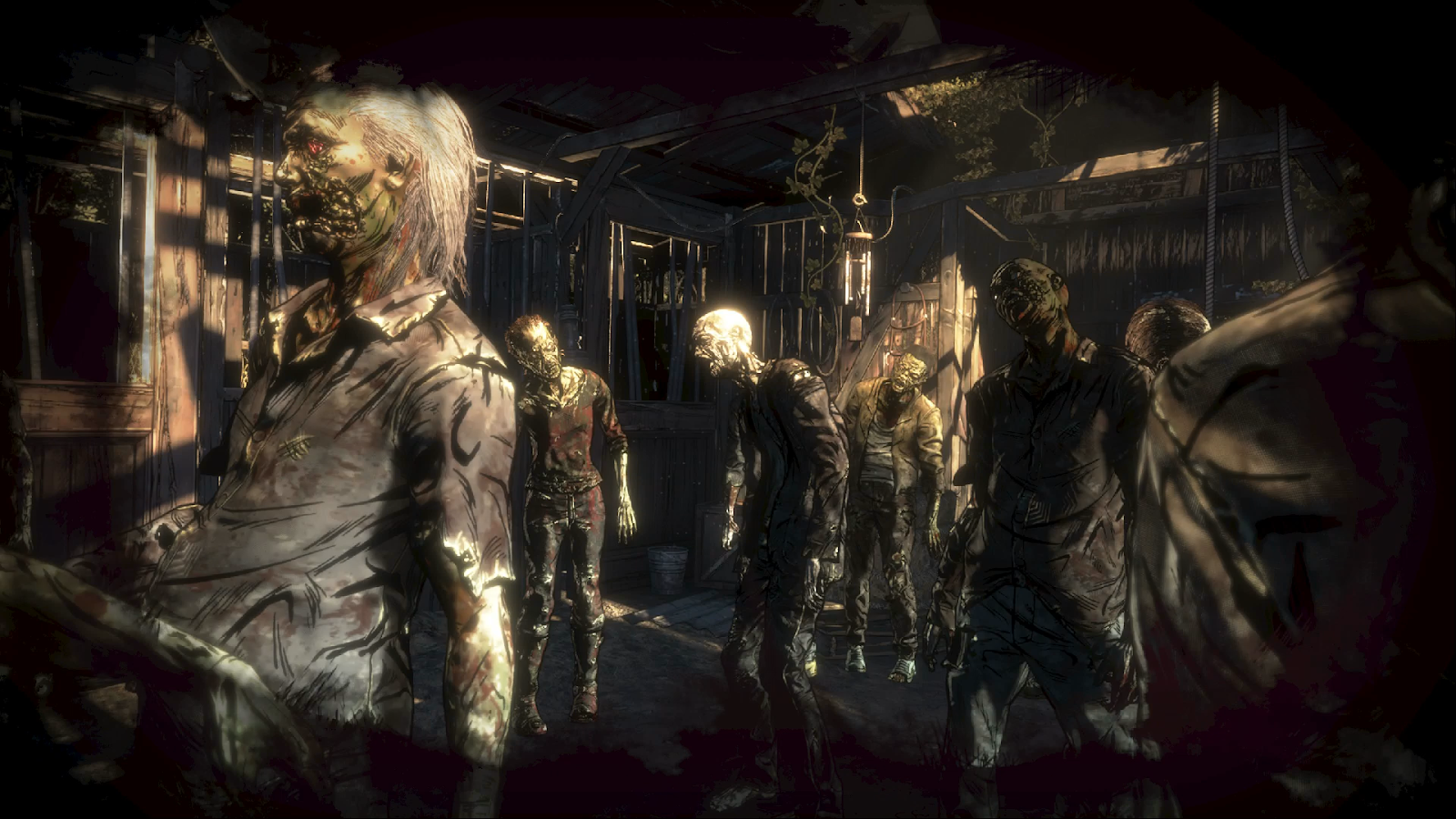 It’s difficult to play “Broken Toys” without imagining that the chaotic pacing is a result of the internal chaos at Telltale. In September, then-CEO Pete Hawley told workers that the studio would be shutting down. Over 200 employees were left without jobs and only a handful of days’ worth of health benefits. A class-action lawsuit alleging violation of California labour laws was filed, while Skybound Games—a division of Walking Dead comic creator Robert Kirkman’s Skybound Entertainment—took control over the project. Some Telltale veterans were retained.

Viewed through this lens, “Broken Toys” is an episode spread thin, and it shows.

This isn’t to say that the individual parts are bad. This episode contains one of the scariest and most isolating set-pieces in the series. Attempting to befriend an ally named James, Clementine needs to don a mask of rotting flesh and enter a barn full of zombies. James wants to help her understand his belief that the undead still have a spark of their former selves deep within. The scene, which takes place in first person, feels like you are always one mistake away from death. After years of stabbing and shooting zombies, being this close with them and being asked to leave them alone is difficult. It’s frightening and meditative, posing questions about the nature of death in the franchise.

We also get a chance to see Clementine and Season One protagonist Lee Everett together again, during an extended dream sequence. It’s all in Clem’s head, of course, but the resulting conversation is a heartbreaking display of doubt. Clem’s still young, learning how to protect a child and thrust into leadership. Her imagined conversation with Lee reminds players of just how small she still is, even after playing through battles and dispatching countless walkers.

Clem and Lee’s relationship remains one of the best realised instances of an adult-child dynamic in games. Their reunion moved me to tears, even if it was not “real.” Moments like this bring a great deal of heart to the episode, but they’re counterbalanced by less compelling combat and action. 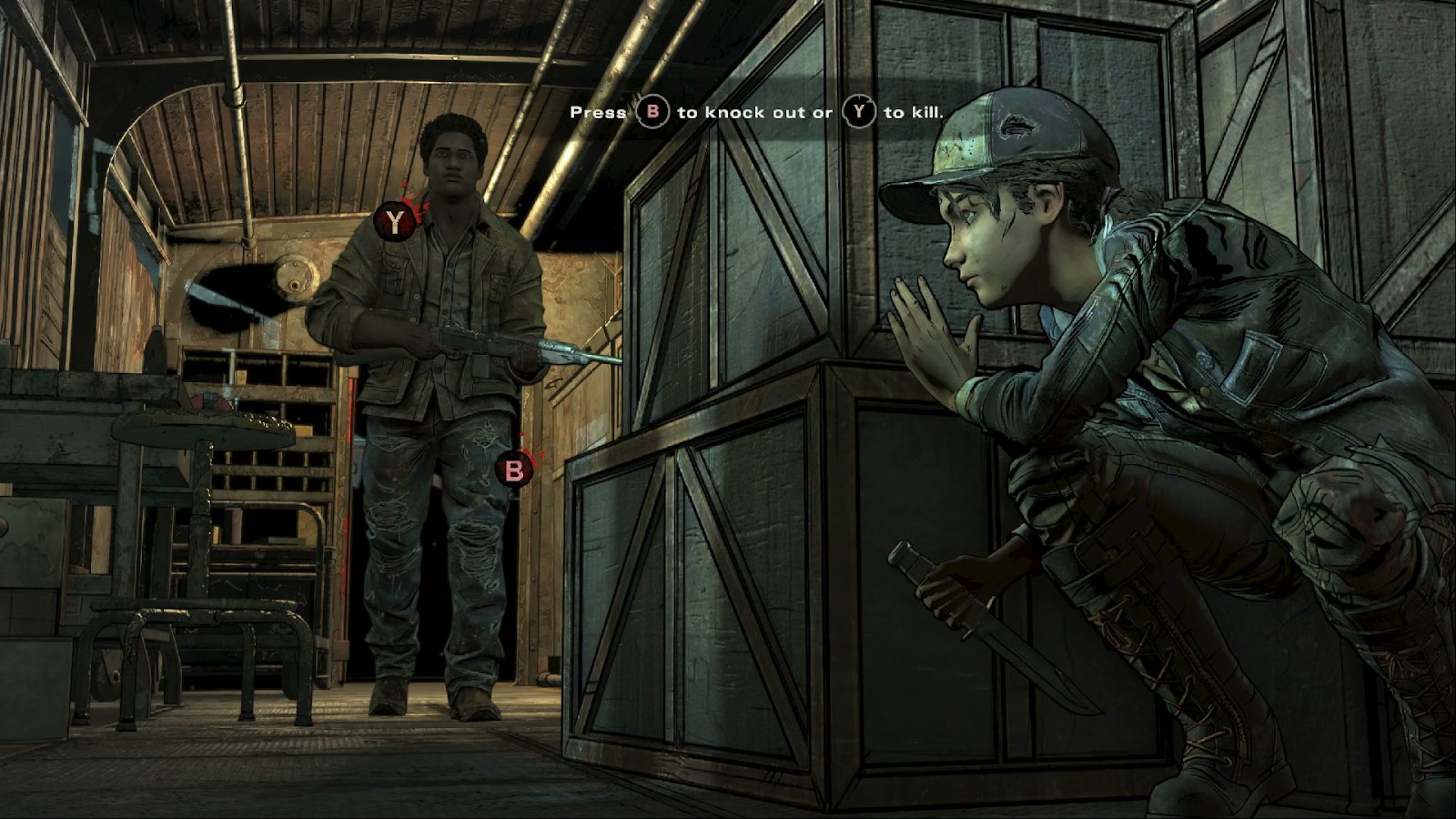 Clem and her friends need to assault a riverboat to retrieve their friends and the result is a clusterfuck, both narratively and on a gameplay level. There’s a stealth sequence that kept literally stuttering, a confrontation with a former Ericson student turned raider, and a turnabout that leads to a prison escape. It’s a lot and it moves quickly, giving us monologuing villains and contrivances that feel out of place for the season. Lilly is a good villain, a proper counterpart to Clementine. They respect and loathe one another, but their face-to-face here falls short. The rush towards the conclusion—where a bomb detonates and leaves the fate of all characters uncertain—leaves little time for things to feel natural.

“Broken Toys” is the least consistent episode of this season so far, never quite finding a balance between the more emotionally resonant moments and the required action-sequences. It feels strange to play, both because of the circumstances behind its creation and the inconsistent pacing. This isn’t a bad episode at all, but there’s a sense that the series has been thrown off-center. The final episode releases in March. Bang or whimper, Clementine’s story is coming to an end, and I hope that the season can find its core again in time for the conclusion.