There’s A (Fan-Made) Persona 5 Board Game, And It’s Great

Last year I wrote about Brother Ming, an amateur designer who came up with his own Fire Emblem board game. He’s now made one for Persona 5, and it’s fantastic.

The Unofficial Persona 5 Phan-Game (UP5P) is a short game, taking around 30 minutes to complete. It’s pretty small in scale; you can play solo or co-op with a friend, and it’s only played using a few decks of cards and some tokens.

This screenshot from the Tabletop Simulator version shows the entire game laid out.

Don’t expect lavish miniatures or a huge, vibrant board to play on, because this is a fan-made effort that you can print-and-play at home, not a major publisher’s flagship title. But what little UP5P is built on looks amazing, using official art and graphic design where possible and taking advantage of wonderfully-illustrated fan tributes elsewhere to fill in the gaps.

Rather than try to replicate the flow of the entire video game, UP5P smartly breaks its focus down to an assault on a single palace, giving players one calendar month to defeat one of a choice of bosses including Kamoshida, Okumura and Madarame.

You get to choose one Phantom Thief to play as (even Akechi makes the roster), and then in very Persona fashion you have to make some hard choices, because each turn — represented by a day of the month — you can only do one thing. Players can go recruit confidants (like Shinya, Miishima and Iwai) to gain perks, go to school to increase social stats, explore locations around them or make a run on the palace, defeating shadows in combat and trying to reach the boss. 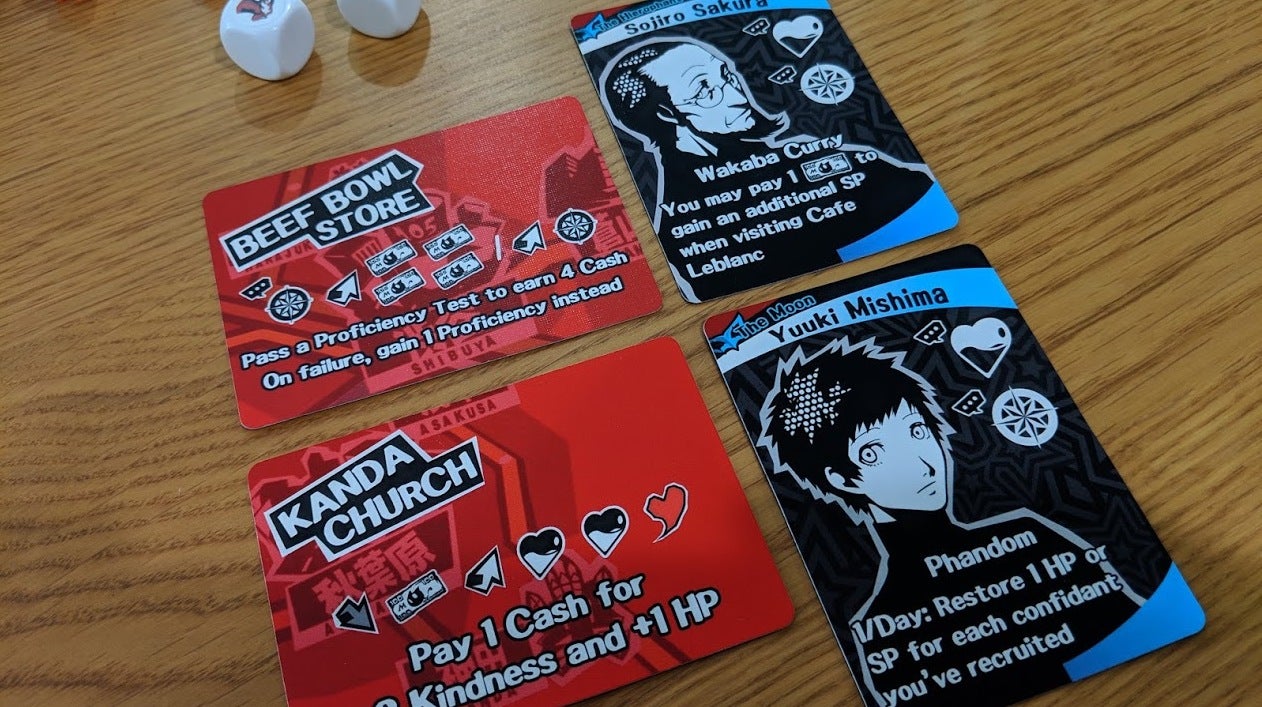 While you can print and play your own copy on paper, the copy I played was a profesionally-printed version.

This recreates the exact same stresses as Atlus’s game. How do you best invest the time given to you? If you spend too long getting ready you might not clear the palace in time, but if you rush the palace unprepared you might screw things up.

Most things that need settling are handled via dice, which you roll to both recruit confidants and defeat shadows. And boy, the shadows, they’re so good. A ton of the game’s enemies have been recreated here, each with their own strengths and weaknesses.

The way you tackle them again closely mirrors the video game’s approach. Your daily activities can bolster the amount of HP, SP and ammo that you take into the palace, and fighting shadows depletes your stock of each, so you can’t just spam combat and breeze through the game.

The thematic and mechanical tributes even extend to the bosses, who use existing shadow cards and combat modifiers to copy the weaknesses and attack patterns of their video game likenesses. 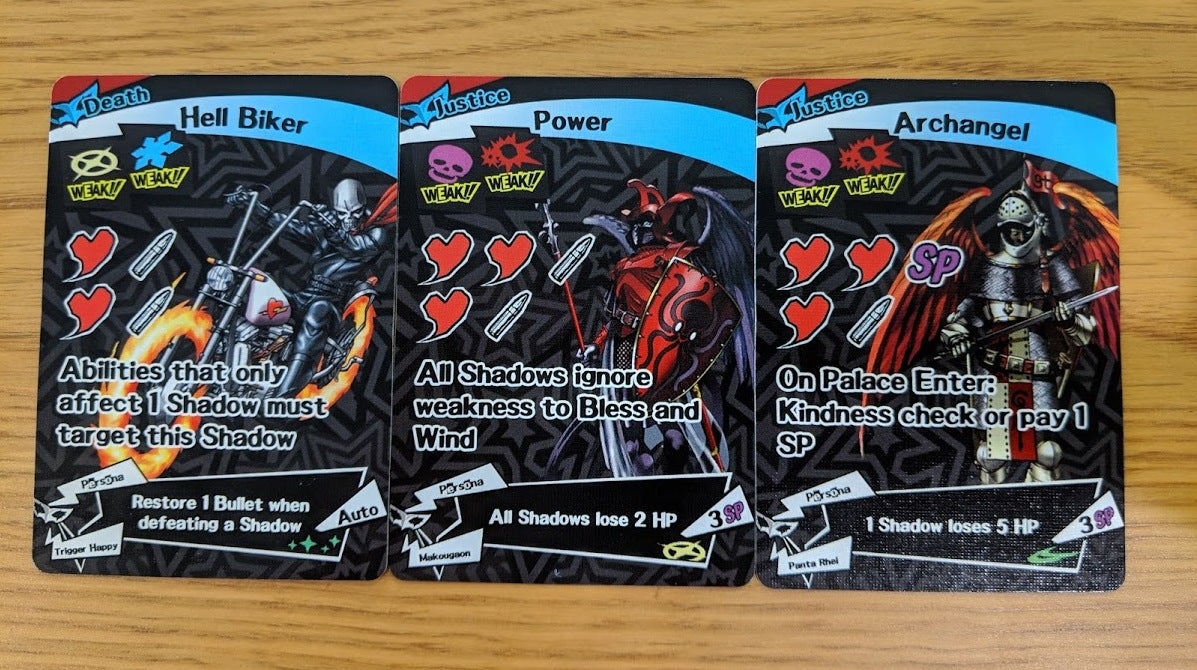 I don’t know if there’s much to recommend here to anyone not familiar with Persona 5, because that’s…kinda the point here? From the theme to your strategies to the contrasting emotions of never-ending stress and pleasure, UP5P does a tremendous job of making its tabletop experience feel a lot like the digital one. In isolation those rules and mechanics are still a lot of fun, but the real joy here is in seeing how they apply in relation to what you already know and love from Persona 5.

If you want to try it out yourself, here’s the best news: being an unofficial fan project it’s obviously free to play, irrespective of how good it is and how professional it looks. You’ll find links here to either download a print-and-play version for yourself (or even build a copy from a professional site) or, if you’d prefer to play digitally, it’s also available on Tabletop Simulator.