Welcome To Apocalypseburg Is The Biggest Lego Movie Set Yet

The first Lego Movie introduced us to Bricksburg, an idyllic cityscape where everything was awesome. Arriving on January 16 ahead of next month’s sequel, the $US300 ($427), 3,178 piece “Welcome to Apocalypseburg” set is awesome in a darker, grittier sort of way.

Lady Liberty, or her shattered remains, serves as the centrepiece to the most impressive Lego Movie set since Metalbeard’s Sea Cow pirate ship, the original film’s massive $US250 ($356) set. The plastic masses huddle around her in a series of rooms and storefronts that reflect the darker turn the world has taken. There’s a rooftop diner, a spa, a barber/tattoo shop and a gym. Lucy, AKA Wildstyle, gets her own special headquarters, while Scribble Cop has his own office. There’s still a coffee shop, of course—they aren’t animals. Only this coffee shop is called Coffee Unchained, to better fit the theme. Check out the slideshow below for a better look at the individual areas. 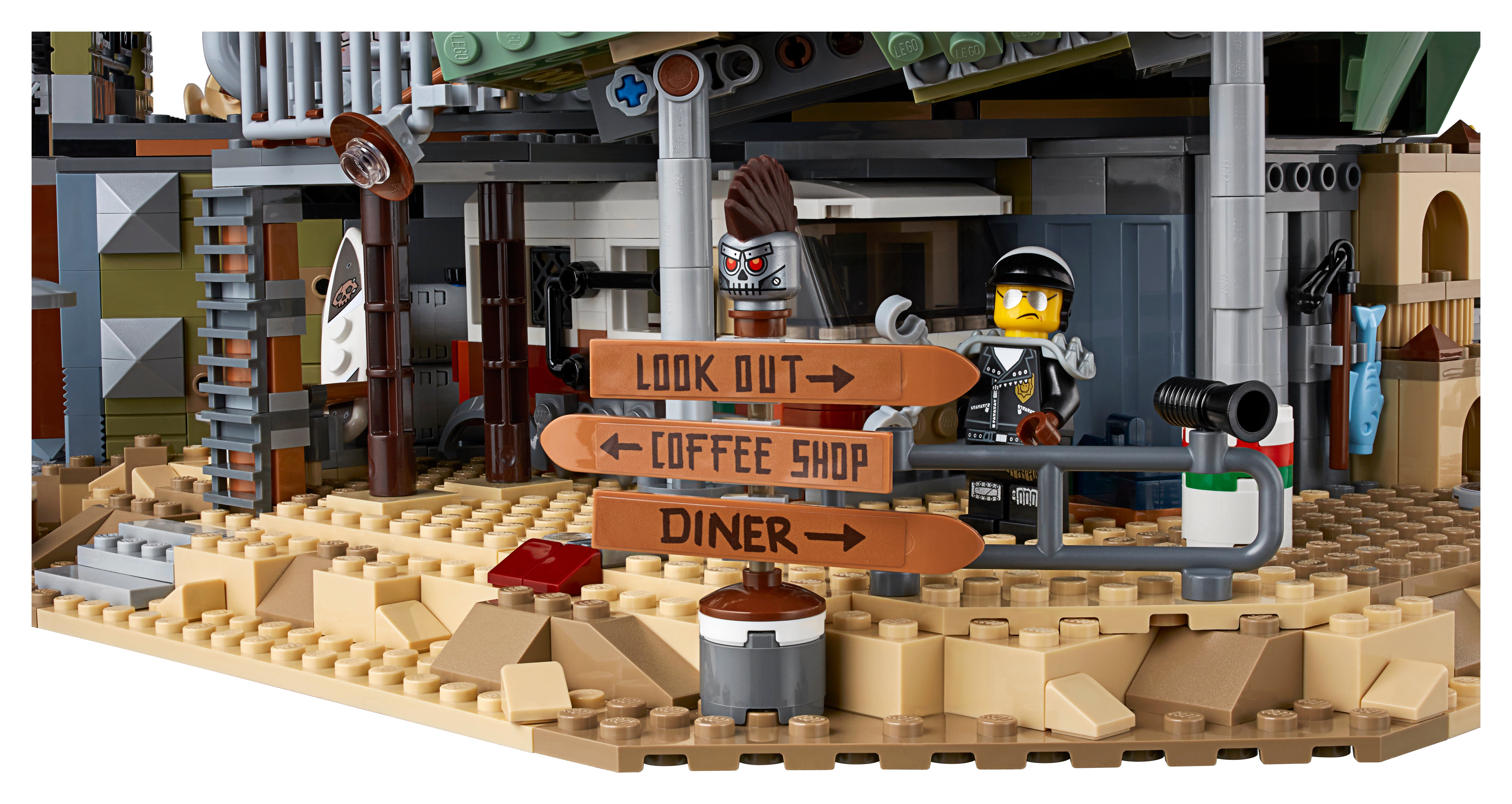 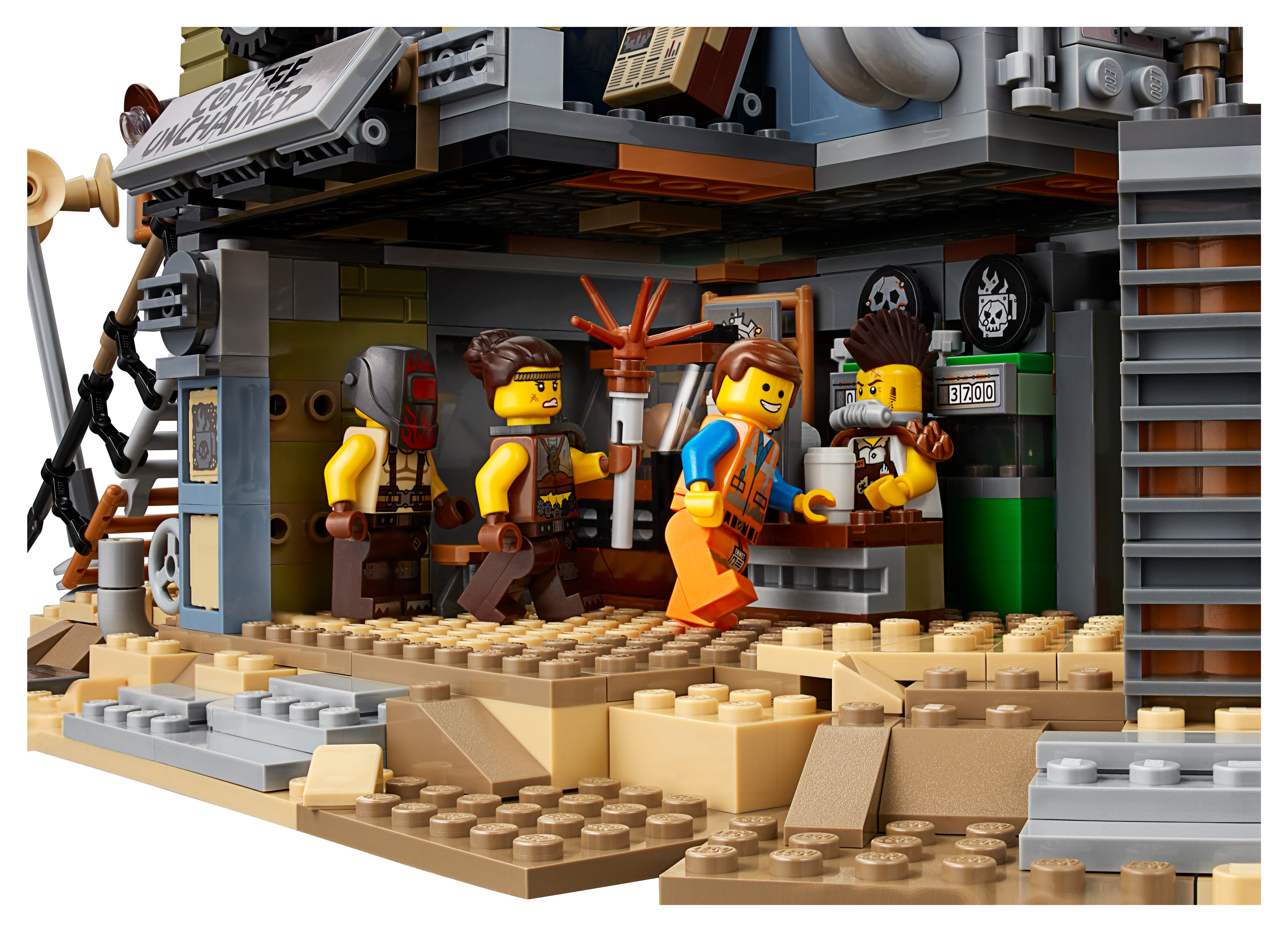 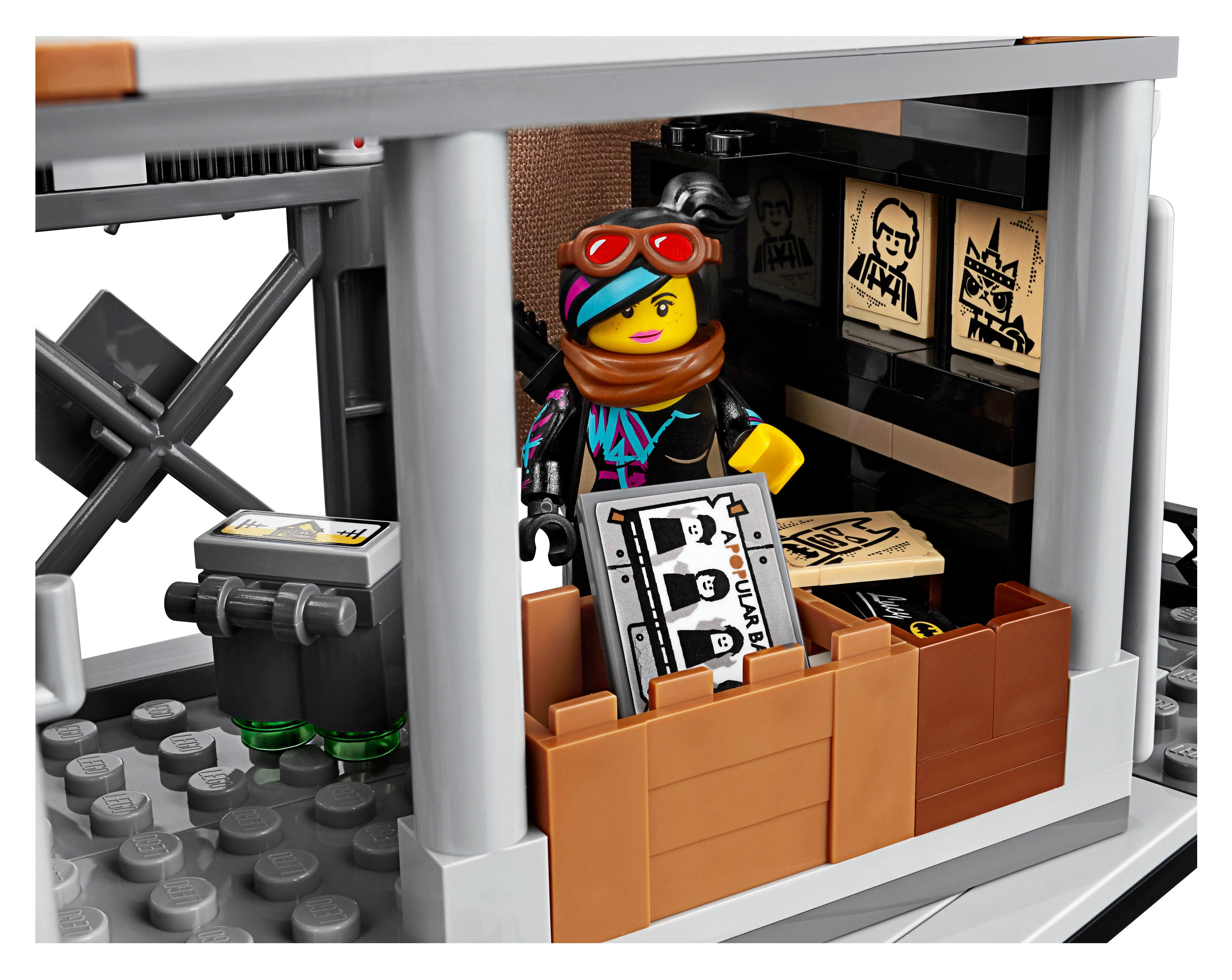 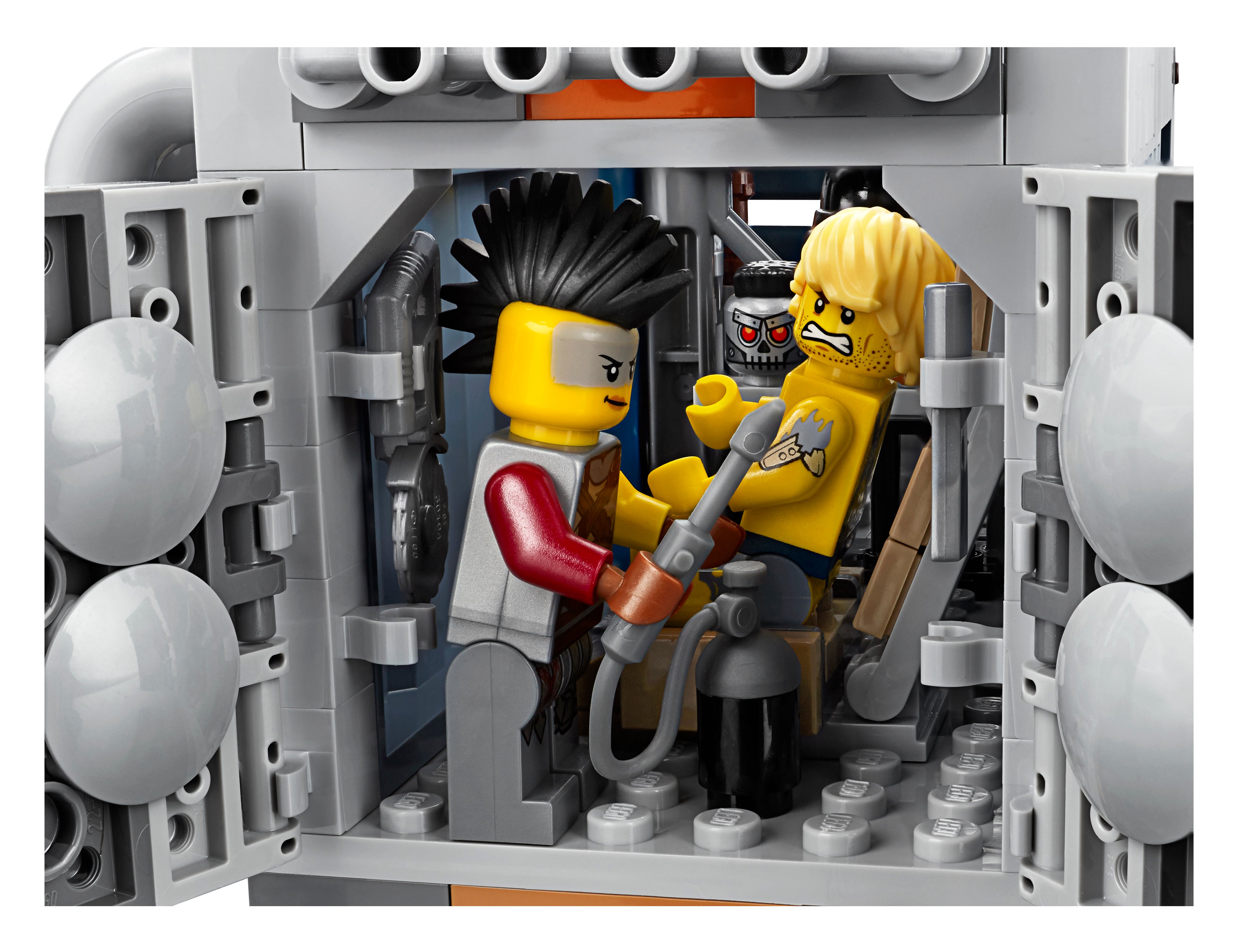 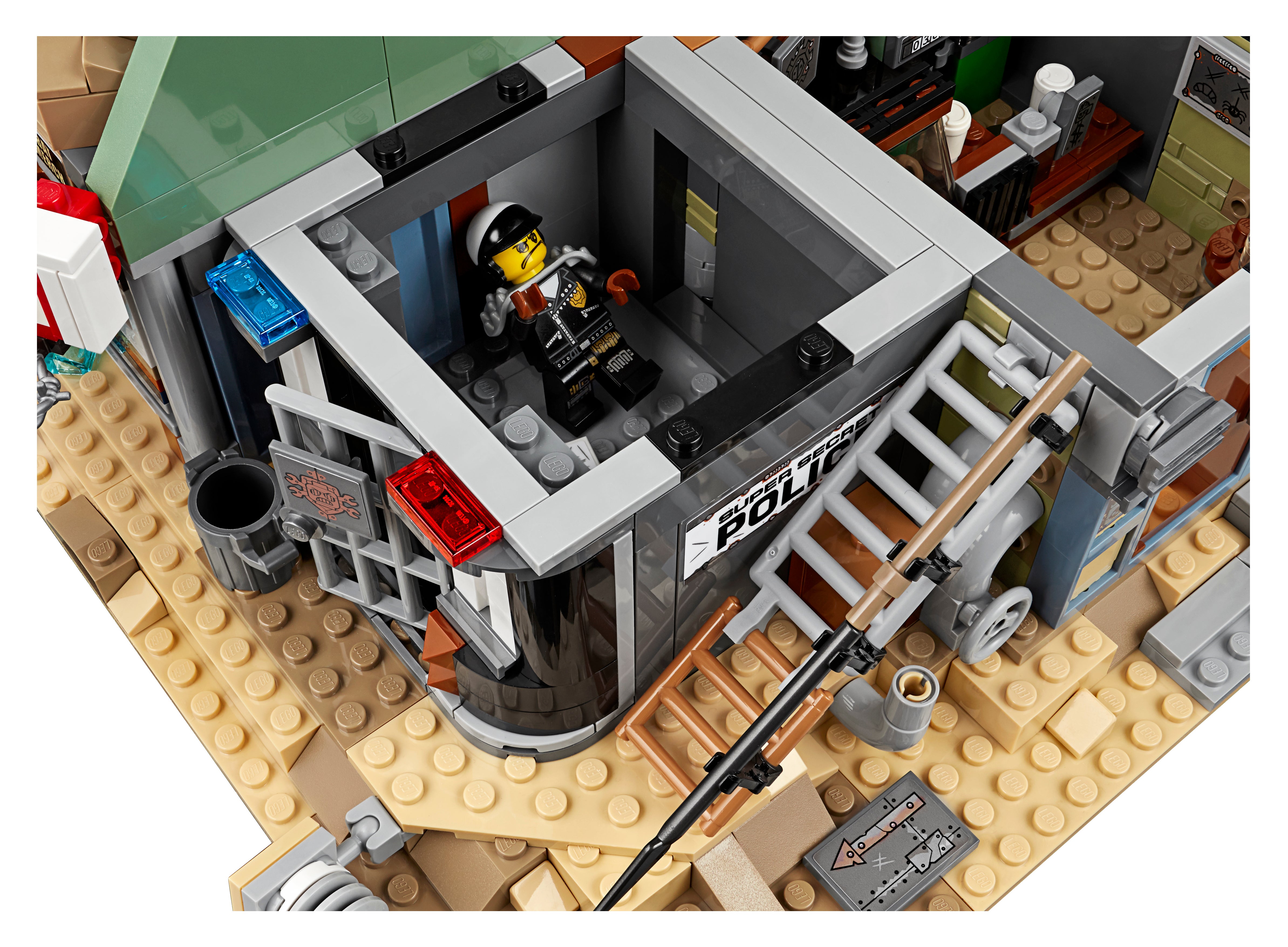 When assembled, the Welcome to Apocalypseburg set stands a whopping 51cm high, making it one of the tallest boxed Lego sets going. Helping populate its sprawl are 12 minifigures, including post-apocalyptic versions of Batman, Harley Quinn, Green Lantern and the surfer formerly known as Surfer Dave. He’s now Chainsaw Dave, because you have to commit to the theme, dammit. 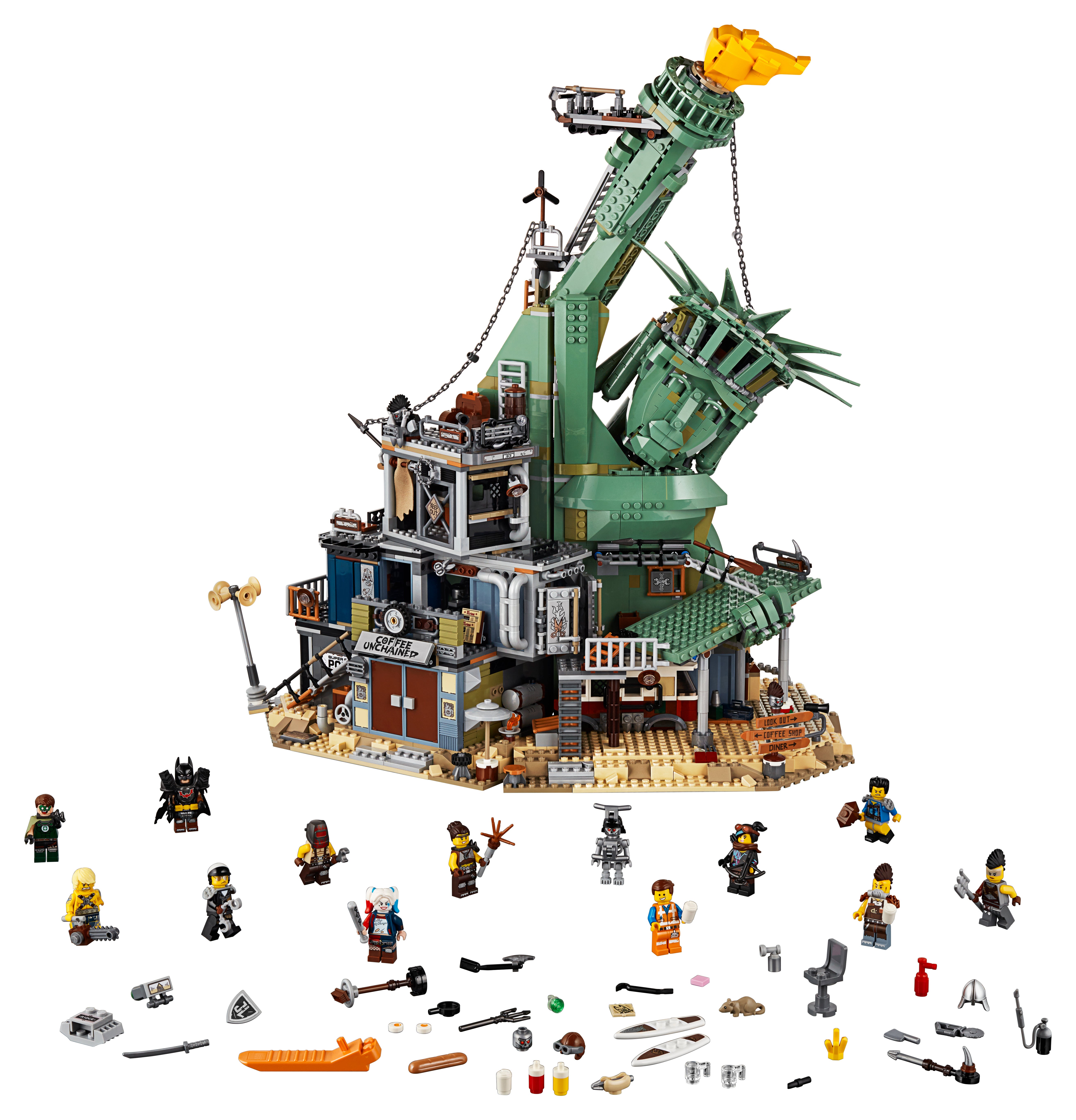 Welcome To Apocalypseburg is an enormous way for fans to live a bit of The Lego Movie 2: The Second Part before it hits theatres next month. You can find it online and at Lego stores around the world on January 16.