On Tuesday, Destiny 2 opened up Bergusia Forge, the fourth and final activity in the game’s recent Black Armory content pack. There was a catch, though. For everyone to access it, at least one player in the world would have to solve a fiendish puzzle called Niobe Labs.

The puzzle turned out to be so hard, nobody could actually finish it, which led developer Bungie to change its mind yesterday and open up the forge to everyone anyway.

“While coming together as a community to solve puzzles can be fun, setting this puzzle up as a gate between you and new content that you want to play has not been an ideal experience,” a Bungie rep wrote on the company’s blog yesterday. “As such, we will be decoupling the puzzle from the final offering of the Black Armory.”

True to its word, yesterday afternoon Bungie opened up the forge to everyone. Like previous forges, there’s a grindy process involved in unlocking it, and once you do, you can go farm weapons to your heart’s content. (The new fusion rifle looks pretty sweet.)

It’s been a wild week for hardcore Destiny 2 players. When the update went live on Tuesday, January 8, secret-hunters and streamers immediately started tackling Niobe Labs, a room in which they had to fight enemies and solve a series of increasingly elaborate puzzles that involved shooting buttons, decoding runes, and performing tricks so complicated that even just reading about them is enough to make you dizzy. It’s hard to say how many people actually found it fun to solve puzzles like this: 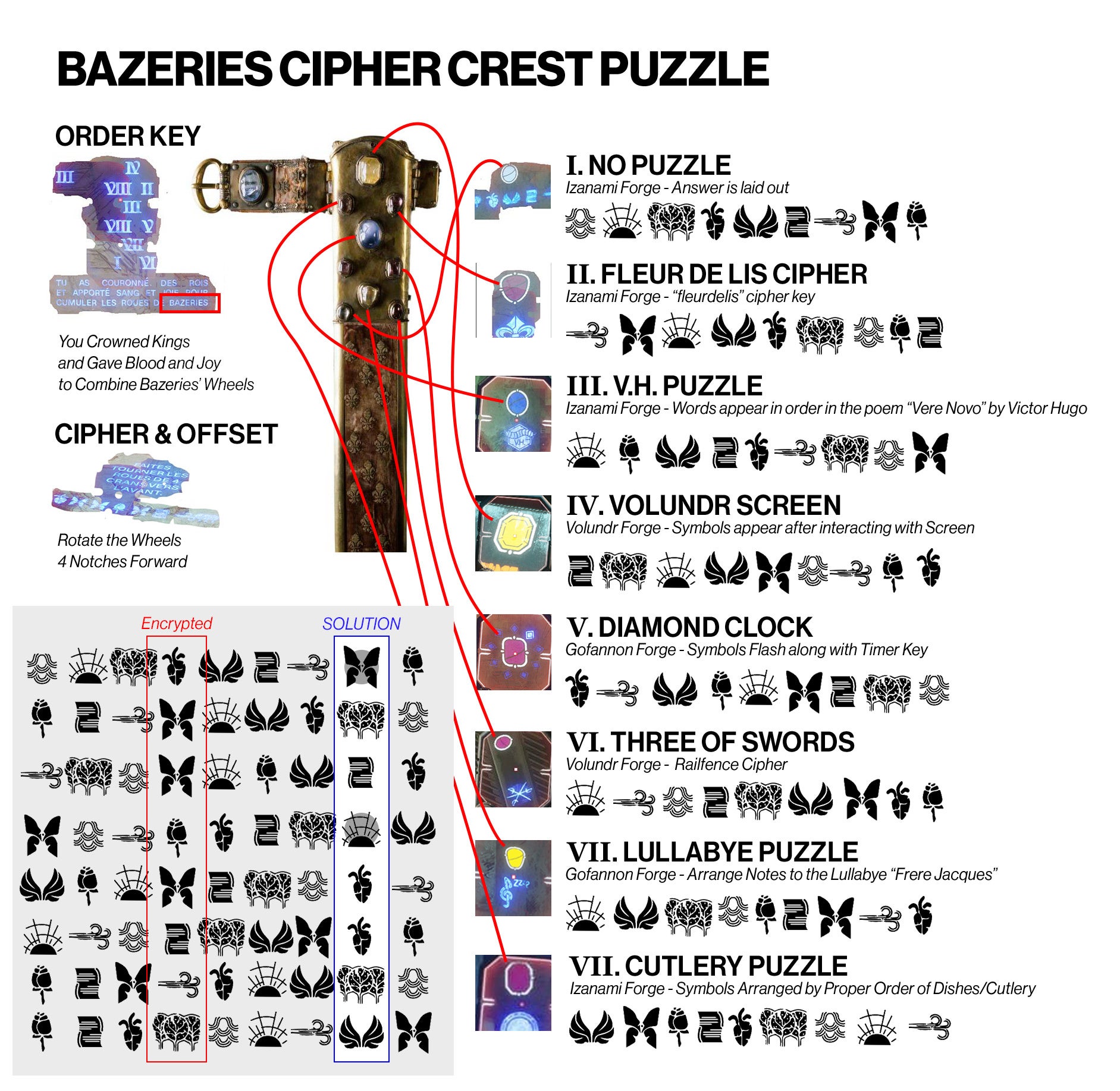 That’s just one of the sections players have discovered so far in Niobe Labs, a wild arena full of ciphers whose solutions have so far involved French nursery rhymes and obscure mythology. Within 24 hours, Destiny 2 players had gotten to Level 7 of the puzzle, but found themselves unable to proceed. Two days later, it’s still not solved.

Bungie’s goal was to create a shared community moment, not unlike the quest for Outbreak Prime and other elaborate treasure hunts that Bungie has put into Destiny over the years.

But, as the studio acknowledged, it might not have been a wise move to restrict content from everyone until the most hardcore of hardcore players figured out how to solve Niobe Labs. “We love trying new things with Destiny, but we’re also flexible enough to pivot when you point out room for improvement. We’ll continue to monitor the conversation about this event and learn from your feedback as we create future content releases.”

It’s a fascinating sequence of events. Bungie and crew clearly wanted to recapture the sense of mystery and camaraderie that players felt during legendary Destiny events like the hunt for Outbreak Prime and the Whisper of the Worm quest, but locking content behind something so elaborate forced players expecting new stuff on Tuesday to wait around and watch streamers until the puzzle was solved.

Even for those streamers, the process was exhausting:

I literally can't function anymore. Good luck to the groups still in the lab. Hopefully y'all get it soon. Thanks to everyone who hung out. Sorry we couldn't get it. Interested to see how it all turns out.

Destiny players have wanted elaborate puzzles for years now. This, however, may have been an overcorrection.