Instead, we have… none of that.

If you loved Papers Please and Orwell, and you crave more of that sweet, sweet spying-on-people nectar, then allow me to introduce you to Don’t Feed The Monkeys. Despite its unappealing title, Don’t Feed The Monkeys is an excellent game that explores morality and empathy in a similar way to Papers, Please.

You have been chosen to join the — let’s just say Illuminati, because that’s what they are — whose sole purpose is to spy on random people and report back. Unlike Papers, Please, there are multiple people to watch at once, which means careful time-management to make sure you see and document everything that happens, on top of managing your own hunger, sleep, and income. 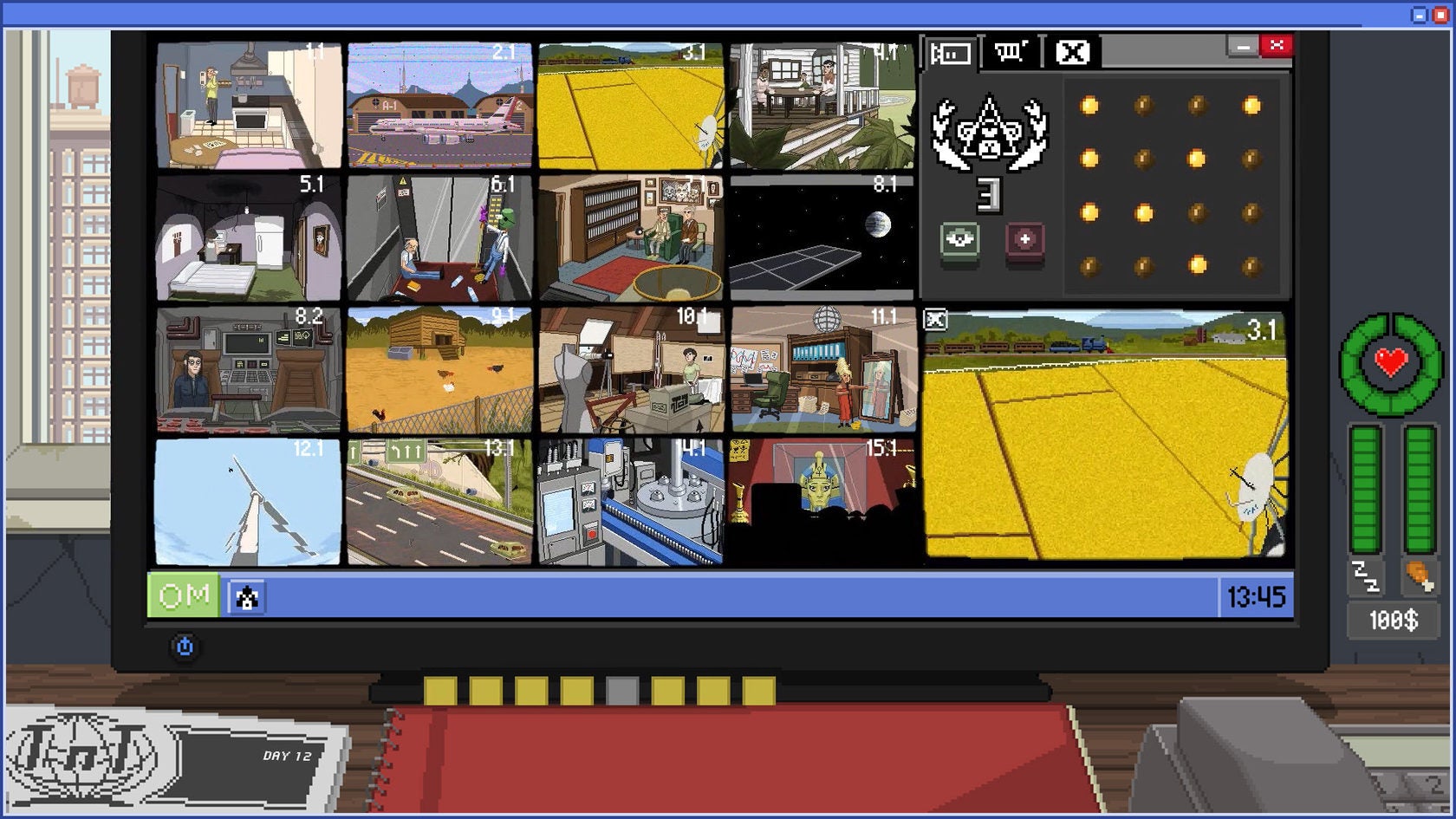 The cast of Don’t Feed The Monkeys includes an old man who may or may not be Hitler, a limousine driver attempting to extort a celebrity by photographing her from their attic, and a family involved in some shady dealings which forced them to go into hiding in the countryside. You can watch, passively, or you can help these people by sending them something useful—a new camera for the perv, perhaps, or drugs to help them deal with chronic pain.

Each little interaction with these people will open new doors, but it might also get you into trouble. The title — Don’t Feed The Monkeys — refers to the test subjects in their “cages,” the camera screens that you watch all day. “Feeding” these subjects is forbidden. If your bosses find out you’re helping them, who knows what will happen…

…But that’s all I’ll tell you. If you’re intrigued, you can get it on Steam.