dc entertainmentdc universeio9streamingtv bitewarner bros animationwarner bros.young justice: outsiders
To sign up for our daily newsletter covering the latest news, features and reviews, head HERE. For a running feed of all our stories, follow us on Twitter HERE. Or you can bookmark the Kotaku Australia homepage to visit whenever you need a news fix.

Young Justice: Outsiders presumes you have a fair amount of familiarity with the characters’ backstories and plot lines from previous seasons, as well as DC Comics’ larger canon. The DC Universe show could have easily stuck with its core cast of heroes and continued along with their already complicated arcs, but Outsiders is doing something else.

The latest batch of Young Justice: Outsiders episodes spend equal amounts of time advancing pretty much every major character’s storyline in a way that’s just shy of being somewhat overwhelming in terms of pacing. Ships from Apokolips descending upon the Earth. (Image: DC Universe)

The genetic, evolutionary path of every member of Earth’s metahuman diaspora leads back to Vandal Savage, the planet’s first meta, who gained his abilities thousands of years ago after being exposed to a strange, glowing meteorite.

Using his superhuman longevity to carefully plot for world domination over the millennia is very much a traditional part of Savage’s character — and it’s something that other shows like Smallville, Arrow, and Legends of Tomorrow have all touched upon — but Outsiders further complicates this aspect of his origin story by making Darkseid part of his past.

As the only metahumans in existence during the 13th century, Savage (then known as Ghengis Khan), his children, and his army were uniquely positioned to form the most powerful empire the world had ever seen, capable of defeating any adversaries they faced. Until Darkseid shows up in a spaceship, as Apokoliptians are sometimes known to do. 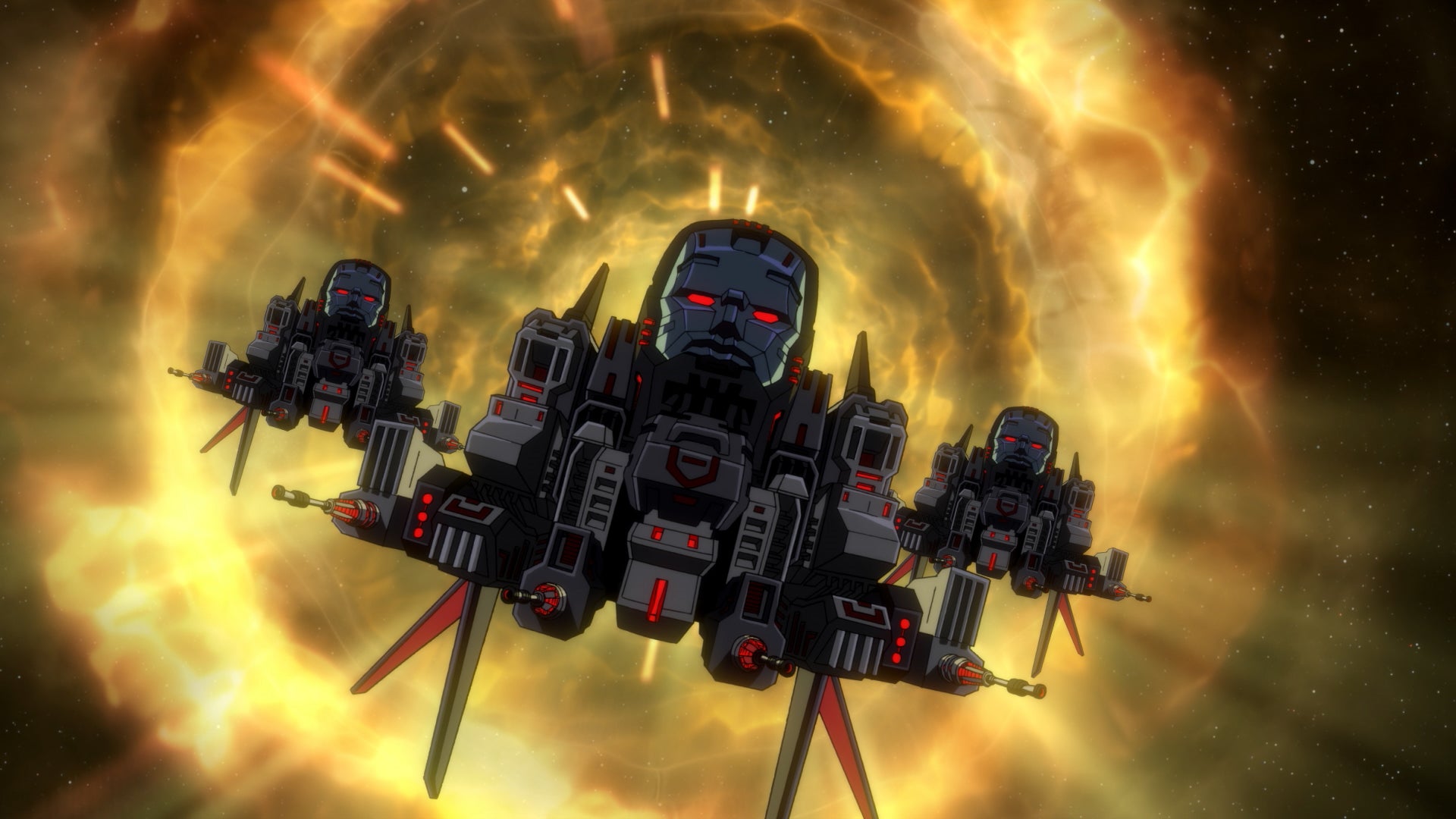 Ships from Apokolips descending upon the Earth. (Image: DC Universe)

Being less technologically advanced, Savage and his people have no hopes of besting the Apokoliptians. But in the Earth’s nascent metahuman population, Darkseid sees an opportunity for his own long-term plans involving the Anti-Life Equation. That leads him to ally with Savage in a generations-long partnership to ensure that both their worlds will be kept safe.

Young Justice: Outsiders introduces this bit about Darkseid and Savage in a way that’s meant to illustrate just how much larger the stakes are (see: intergalactic metahuman trafficking rings) than any of the show’s heroes properly understand. At the same time, however, Outsiders is still very invested in delving into the interpersonal intricacies of its heroes’ lives, and it almost manages to entirely push the impending apocalypse part of the show into the background.

On Earth, Nightwing’s covert team manages to find something like a happy work/life balance between busting metahuman traffickers and teaching Halo, Geo-Force, and Forager how to be proper superheroes. What’s interesting to see about Nightwing, Tigress, and Superboy is how adult they’ve all become, and the way that each of them has shifted into a new phase of life where it makes sense that the team’s newer members would immediately see them as mentors rather than just their superiors.

Young Justice: Outsiders is a busy show more than anything else, and it’s only picked up momentum as the season’s gone on. It’s not an inherently good or bad thing, really, but it means that really getting the whole picture the series is trying to illustrate requires some careful, paced viewing.

Young Justice: Outsiders Is Getting Deeper In The Best Way

Expansion is the not-too-subtle theme of Young Justice: Outsiders. After years of the world’s metahuman population flying under the radar (for the most part), they’ve been put in the spotlight in a major way that the show presumes you understand and can roll with.