The launch of Crackdown 3 this week is another reminder that, at least for Xbox exclusives, there's a cheaper way to buy video games. Rather than spending $50 or more on a single game, the Xbox Game Pass library is a smarter, and cheaper way to trial games like Crackdown.

But say you move on from Terry Crews after a while. You've still got a subscription for another month or two. What else do you play? Here's 20 suggestions to make the most out of your $2.

Forza Horizon 4 is the kind of casual driving game that everyone likes to play from time to time. It's relaxing, easy as hell on the eyes, and also has the benefit of being one of the most well optimised games of the last year.

Visually, it's one of the best things you can play on an Xbox One X. The seasons have also been a great introduction to the franchise, and paying $2 to run through all of FH4's content is a hell of a lot better than paying $79.

You can thank Mortal Kombat for pushing singleplayer campaigns in fighting games. They may not have been the first to do it, of course, but the success of the Mortal Kombat reboot and the subsequent Injustice games have done a lot to make fighting games enjoyable as a solo pursuit, rather than a multiplayer-only affair.

As a campaign, MKX is notably shorter than its predecessor. The story isn't as tight, but the characters are fun as hell to control, and if you're able to download and play the game for free, it's a banging way to spend six or seven hours. Especially if those skull-crunching X-ray attacks are backed up with a beefy subwoofer in your lounge room.

Shadow of the Tomb Raider was overshadowed a little when it launched, which is a shame. It's the kind of single-player game fans keep asking developers to make. It's larger than previous games. There's a ton of detail and intricate work put into replicating parts of the Mayan civilisation. There's plenty to explore, and there's a bit of Metroid in there with environments you can't fully explore until you've unlocked more abilities.

It's also a game that, if we're being realistic, was completely steamrolled by Spider-Man when it came out. Lara is just as much a superhero as Peter Parker from the player's perspective, and what Peter Parker and Spider-Man offered was timed perfectly to what people want. And that's fine, because you can cycle back around to Lara for literally bugger all. $2. $2 to play a AAA game that launched five months ago.

That's kind of bonkers when you think about it.

A banger of a Souls-like game with a stirling atmosphere, the same $2 that gets you Forza and Lara Croft's rebooted back catalogue also gets you indies like Ashen. Made in New Zealand, Ashen stars a custom-created cel shaded human as they wander around the land.

If you've ever been interested in Dark Souls or Bloodborne, but have been put off by the punishing difficulty, play Ashen instead. Same style of combat, great atmosphere, but more welcoming out of the gate. 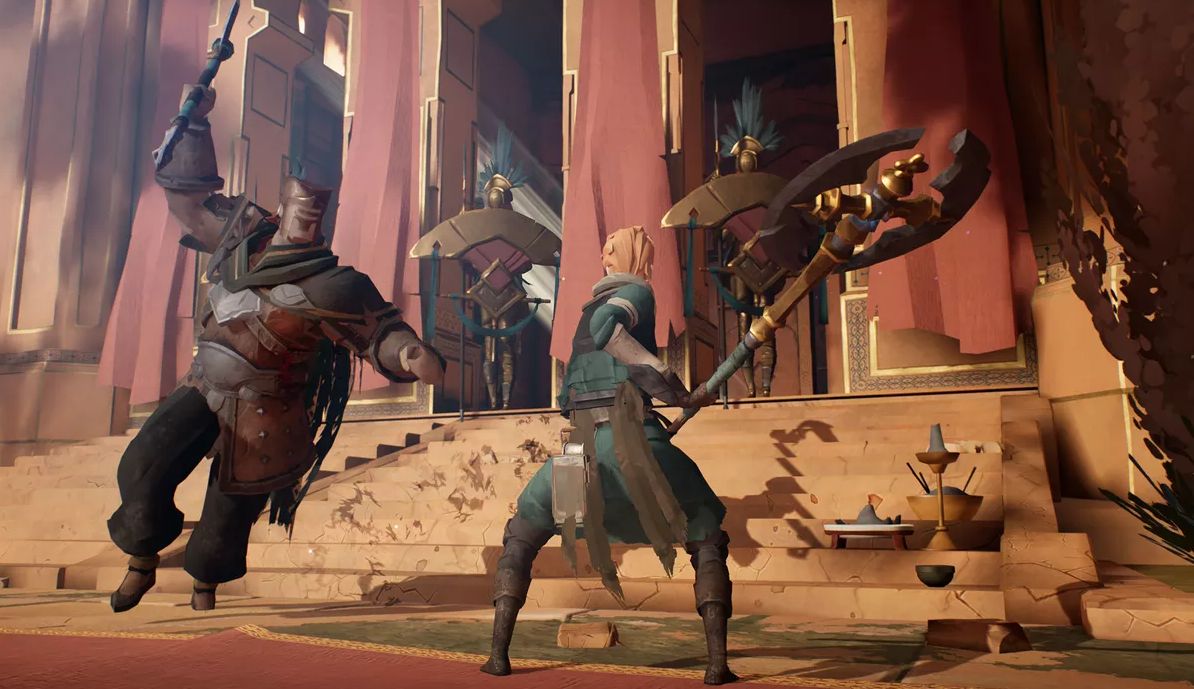 Ashen Is A Dreamier Dark Souls

I’m a voracious Souls player. From multiple playthroughs of the Dark Souls trilogy to games like The Surge and Nioh, I can’t get enough of moody exploration and tough boss fights. Ashen, a new Souls-like published by Annapurna Interactive, released last week on the Epic store and Xbox One, and while it doesn’t reinvent the wheel, its small refinements have made for a memorable journey thus far.

Life is Strange: Before the Storm

Image: Life is Strange: Before the Storm

The prequel to Life is Strange, Before the Storm is a traditional adventure focusing on Chloe before she develops into the fully destructive force that she becomes in her journey with Max. Chloe's still finding her way in Before the Storm, still trying to understand her relationship with Rachel, and the fractured nature of it all that would eventually lead to Life is Strange's first season. 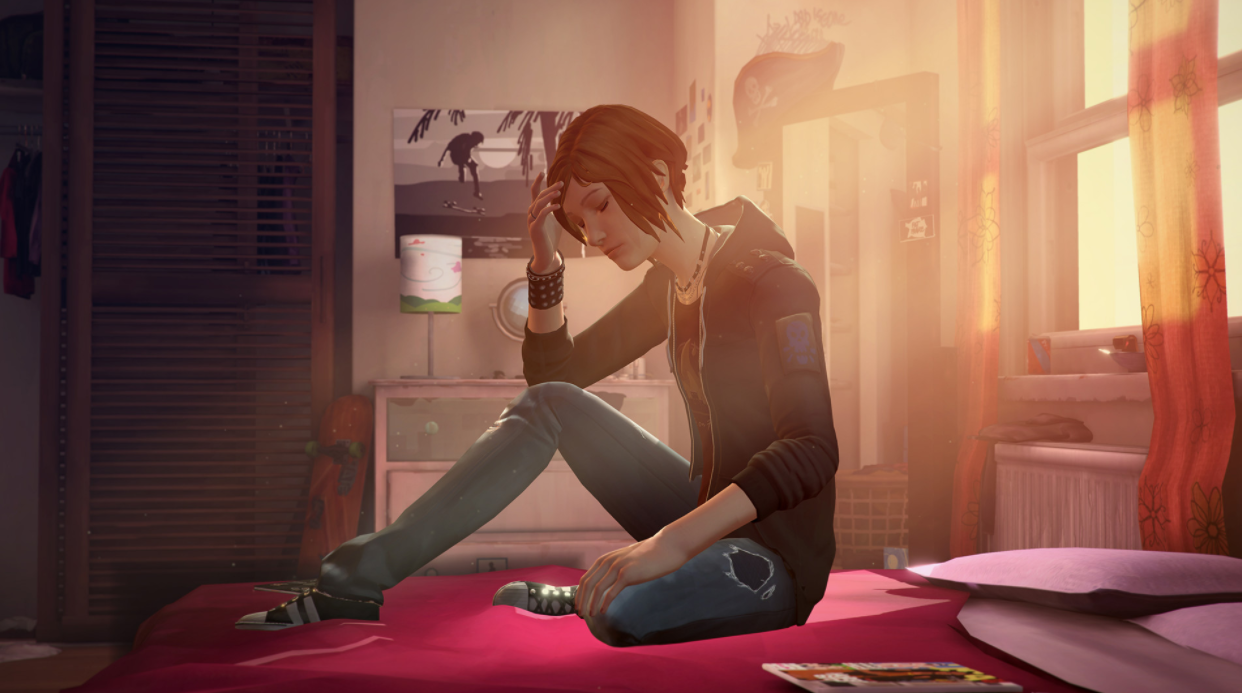 Despite My Scepticism, Before The Storm Is A Great Life Is Strange Game

Within minutes of starting Life Is Strange: Before The Storm, Chloe Price smoked a cigarette, stood in front of a moving train, tagged some graffiti, used a fake ID, insulted a burly man, drank beer, and nearly got into a fight. It seemed like she was trying too hard to be edgy. By the end of the first episode, I realised that was exactly the point.

A XCOM-like strategy with some bizarre creatures and plenty of style, Mutant Year Zero is a game that plenty might have missed at the end of last year. Stealth is more pronounced than the XCOM series - it's a little akin to Phantom Doctrine in that regard - but the pen and paper RPG-inspired game is great at offering agency on when fights begin, which can often be a source of frustration with turn-based games like this. 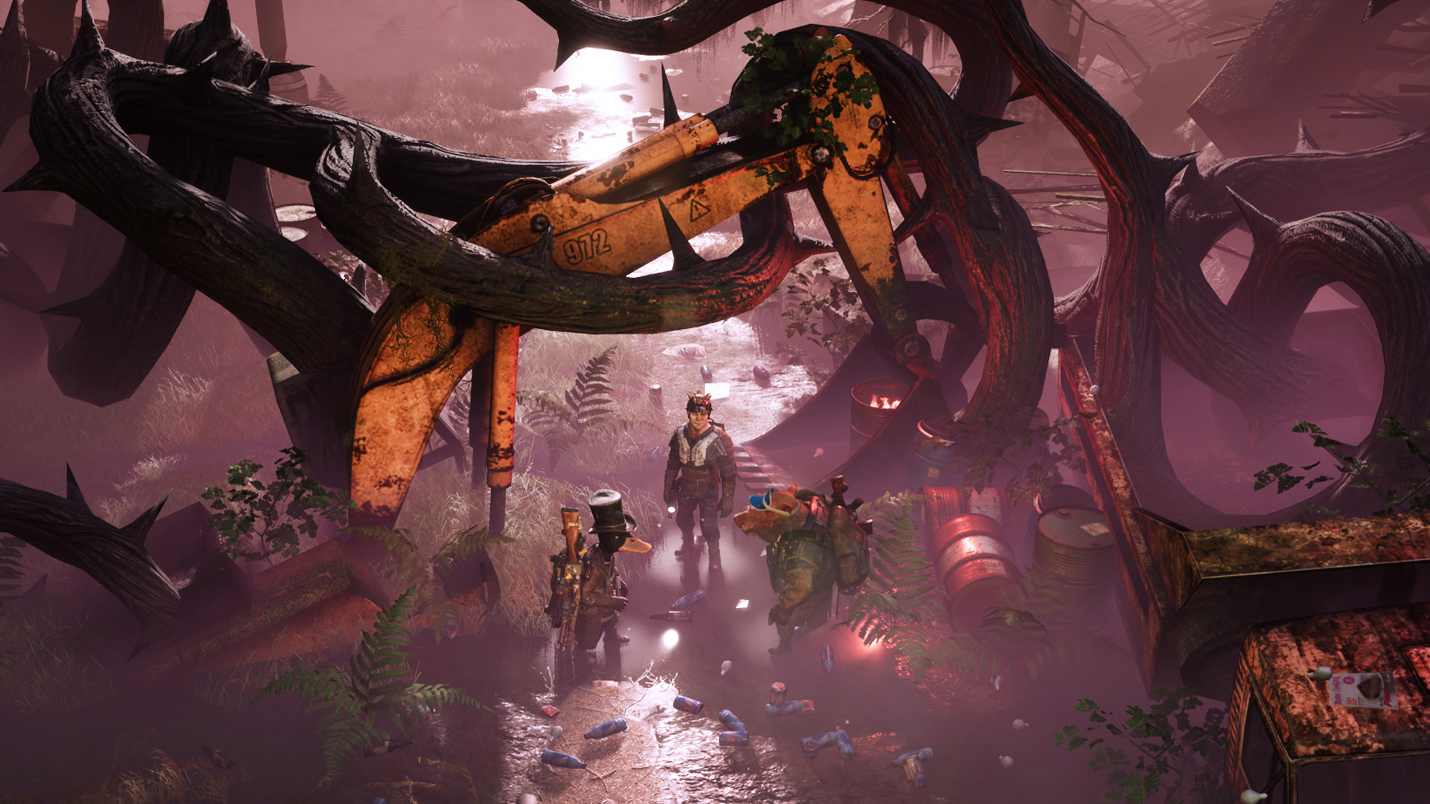 A Strategy Game That Finally Made Me Take Stealth More Seriously

I’m not very good at stealth games. I like the idea of trying to sneak around undetected, but as soon as I get caught all hell breaks loose. In real life I’m happy to be a wallflower, but in games I often want to be at the center of the action, or violently creating it when none exists. Mutant Year Zero successfully thwarts that impulse, showing me how dramatic and satisfying stealth tactics can be.

It's a loss for everyone that Swery65's bizarre adventure was never fully finished. But the first episode is still a fantastic laugh, especially with a group of mates, and a no-brainer if you're looking for something to kill time with.

DmC is the best Devil May Cry. We don't know how DMC 5 will turn out, but there remains nothing better in the whole series than the bonkers disco level in DmC.

Ori and the Blind Forest

A great Metroidvania in its own right, it's worth replaying Ori before the sequel drops later this year. Great game to watch speedrun, as well.

Give a demon the boot today! It drags on a little towards the end, but for the most part, DOOM is still one of the best shooter campaigns released in the last few years. Second only to Titanfall 2, for my money. You can't get Titanfall 2 on Xbox Game Pass, however, making DOOM the best solo campaign on the subscription service by default.

One of the most ingenious puzzlers since Portal. I won't say anymore than that; it'll spoil the story, which is fantastic. Highly recommended.

A very different kind of off-road arcade racer from Codemasters, the team behind DiRT and F1 games. It's a mix of some of the best ideas from Motorstorm and Driveclub blended into an off-road racer, with a focus on team-based racing.

Metro Exodus launched this week, but it's also inspired by the most recent book - narratively as well as mechanically. It's worth catching up with the originals beforehand so you don't ruin some key plot twists. Both of the original Metro games are playable through Xbox Game Pass.

KOTOR got a banger of a patch last year to make it compatible with the Xbox One. It looks a hell of a lot nicer now, and is a great reason to go back to what is perhaps Bioware's best RPG (although there is a good case to be made for Baldur's Gate).

Sometimes you just need a game that you can shut your brain off and unwind to. That mental state, one where you ask as few questions as possible (particularly of the plot), is the best way possible to enjoy Star Wars: Force Unleashed. The action sequences still hold up today, although the unfinished nature of TFU 2 still stings a little.

A chilled, colourful game about flying through a realm of inside-out planets. An ABZU or Journey-like game to play when you've finished both of those things, and you want a low pressure piece of entertainment.

Arcade racers are thin on the ground these days, especially ones inspired by the upside-down nature of Rollcage. After a turbulent development period, GRIP is finally out in the wild. It's fast as hell, and also part of Xbox Game Pass, making it a nice low-cost investment.

For some, paying $2 is a much better expense than the hours lost digging through an unorganised cupboard for the Xbox 360 disc.

If you loved the original DiRT games but wanted something more accessible than DiRT Rally, without the hyperactive, energy drink fuelled mania of gymkhana and eXtReMe SpOrTs, DiRT 4 is right on point. The Freeplay Championship is great as well.

DiRT 4 is the Forza Horizon of the DiRT series, basically.

There are games out there that, for one reason or another, we would never actively consider as a single purchase. A lot of people, unfairly so, put Simulator-branded games into this bucket.

But there's a surprising amount of fun to have with those games. Farming Simulator even has its own esports league now, if you can fathom how that works. And if you can't, that's fine. It's OK to play these things for pure relaxation. 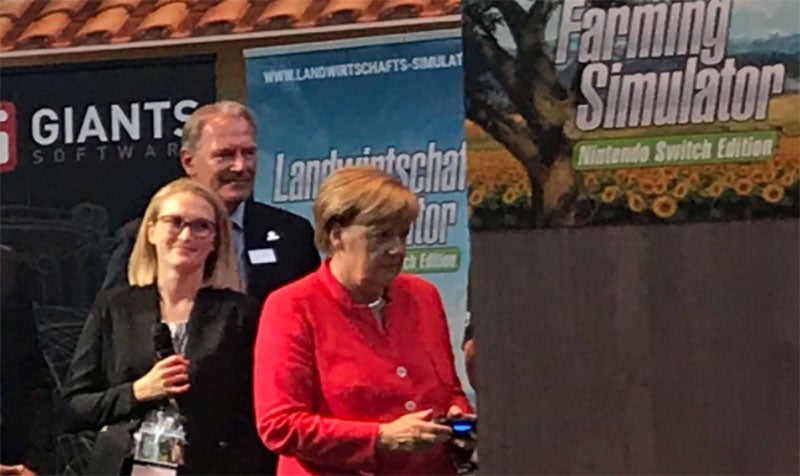 Angela Merkel, Chancellor of Germany and Leader of the Free World, was at Gamescom in Köln earlier today. And she spent some of her time in about the most Gamescom way imaginable.