Anthem was released this week — even though plenty of folks have been playing it since last week. As games continue to evolve through patches and players pay for early access to fully priced titles, I find myself asking oddly philosophical questions: When is a video game “finished”, and when are games actually “released”?

Let’s be real: Anthem had been available to play since February 15.

Despite the insistence of corporate executives that the game was not really out, folks sure as hell were playing Anthem.

I know because I was playing the game with them. While my access came from a code provided by EA, I was joined in game by my ex. She’s an enthusiastic BioWare fan who couldn’t wait to play Anthem. In order to play, she plopped down the full price for the game plus an additional payment for Origin Premier membership.

If she wasn’t paying for the game and it wasn’t even “out”, what the hell was she paying for? 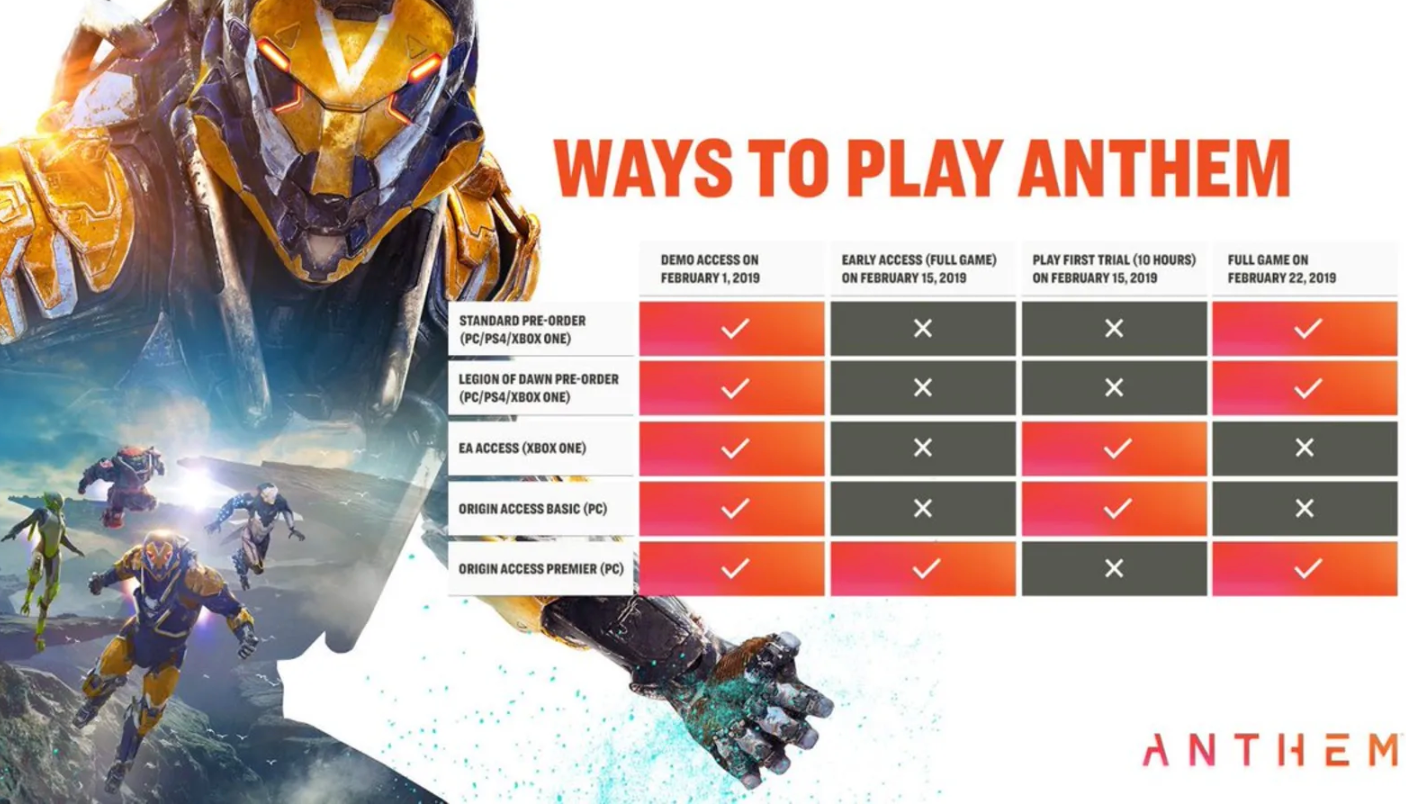 This is a more complicated question than it seems. When we buy games, we’re actually buying many different things.

We’re buying copies of a work. We’re buying experiences. We’re compensating people for their effort while also lining the pockets of executives. In some cases, like Origin Access members who had limited 10-hour access to Anthem, folks aren’t paying for anything.

But to imply that players who threw down cash on a game aren’t really playing the game is some 1984 doublespeak nonsense. Sure, they’re doing it with the understanding that patches are coming and things might be messy, but their receipts don’t say that they paid for “The Highly Convoluted Early Access to Anthem”. It says they paid for Anthem.

I have to confess: As an anxious overthinker, games patches freak me the hell out.

When in its lifetime we play a game has an effect on what we experience. When I think about when a game is “released” or “finished”, it’s clear this question is complicated by our ability to change games on the fly.

While patches are good for fixing game-breaking glitches and ensuring players have access to the best possible version of a title, they also make questions of versions and finality far more complex. It’s the kind of crap that keeps me up at night. 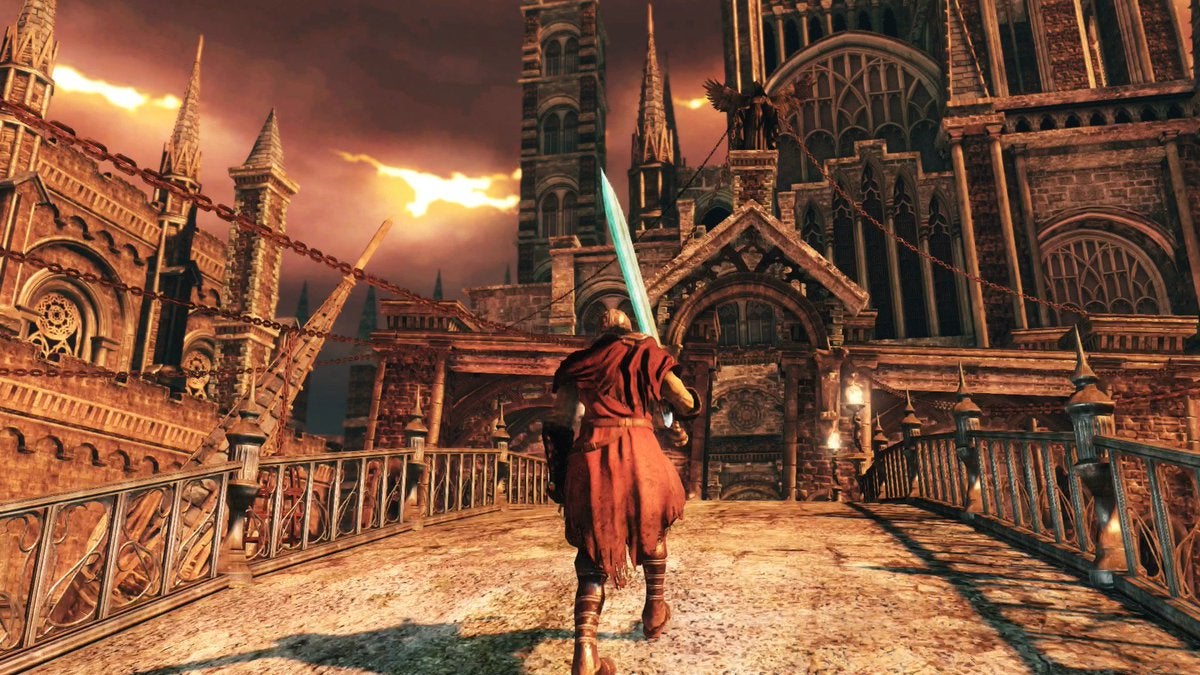 Before I was working at Kotaku, I broke this down:

Is the authentic Dark Souls 2 the original, unpatched version? The version where I can still bino-boost and perform other glitches? Is it Patch 1.07 Calibration 1.10, when fatal blows online were adjusted and where the Red Tearstone Ring no longer modified the damage of spells? Or is it the new patch 1.10 that adds a swarth of content? The Scholar of the First Sin update?

These types of questions might seem unimportant, but they do creep up to affect video game players from time to time.

Speedrunners, for instance, need to contend with patches and how they affect games, which can remove essential glitches. If the goal is to go fast, are you required to play on a specific version? Is that fair to competitors who might not be able to access these versions?

In casual circumstances, patches and fragmented releases affect the experiences players have. Important moments in a game’s history — such as Destiny’s infamous loot cave — come and go. Things that helped define experiences fade away.

If I’m sitting up in bed wondering about the ontological implications of game patches and remakes, I’m absolutely doing a double-take at the increasingly complicated ways that companies sell their games. Because the honest answer isn’t that these models exist to benefit players; they exist for the purpose of making players spend money on special editions, pre-orders and additional services.

But my gut reaction to Anthem’s release model helps provide an answer to my question.

Folks saying “it’s not even out yet” are often (but not always!) insisting on a difference as a way of excusing problems that aren’t necessarily patchable. They want us to overthink it, and while I love overthinking stuff, the truth is straightforward: Anthem is Anthem.