Anthem’s ‘Day-One’ Update Fixes Some Things And Breaks Others

Anthem’s “day-one” patch dropped last night, and while it addresses a host of performance issues, bugs, and other frustrating problems, the update has also broken the game’s frame rate for many players on PC.

One of the most prevalent criticisms of BioWare’s new loot shooter during its early release period has been its gruelling loading times. The long wait can be annoying in any game but especially in Anthem, where load screens occur mid-mission as well as every time you go to load up your inventory.

Since yesterday’s 5 GB update went live, lots of players, including myself and other Kotaku staffers, have noticed significant improvements in this department. Unfortunately, the new patch has introduced other problems, including noticeable hits to the frame rate on PC and more instances of rubber-banding.

Where I was getting a frame rate consistently in the high 50s on medium settings, it now frequently dips below 30. Even weirder, the frame rate isn’t capped during load screens now, so it sometimes hits over 1,000, making the GPU sound like a wind tunnel. Kotaku’s Jason Schreier, who had been getting 70-80fps prior to the patch, said Anthem started running closer to 50 following the patch until he lowered some of his graphics settings.

Kotaku’s Mike Fahey said he also noticed a dip, and it’s clear from the game’s subreddit and official forum that other players have as well. 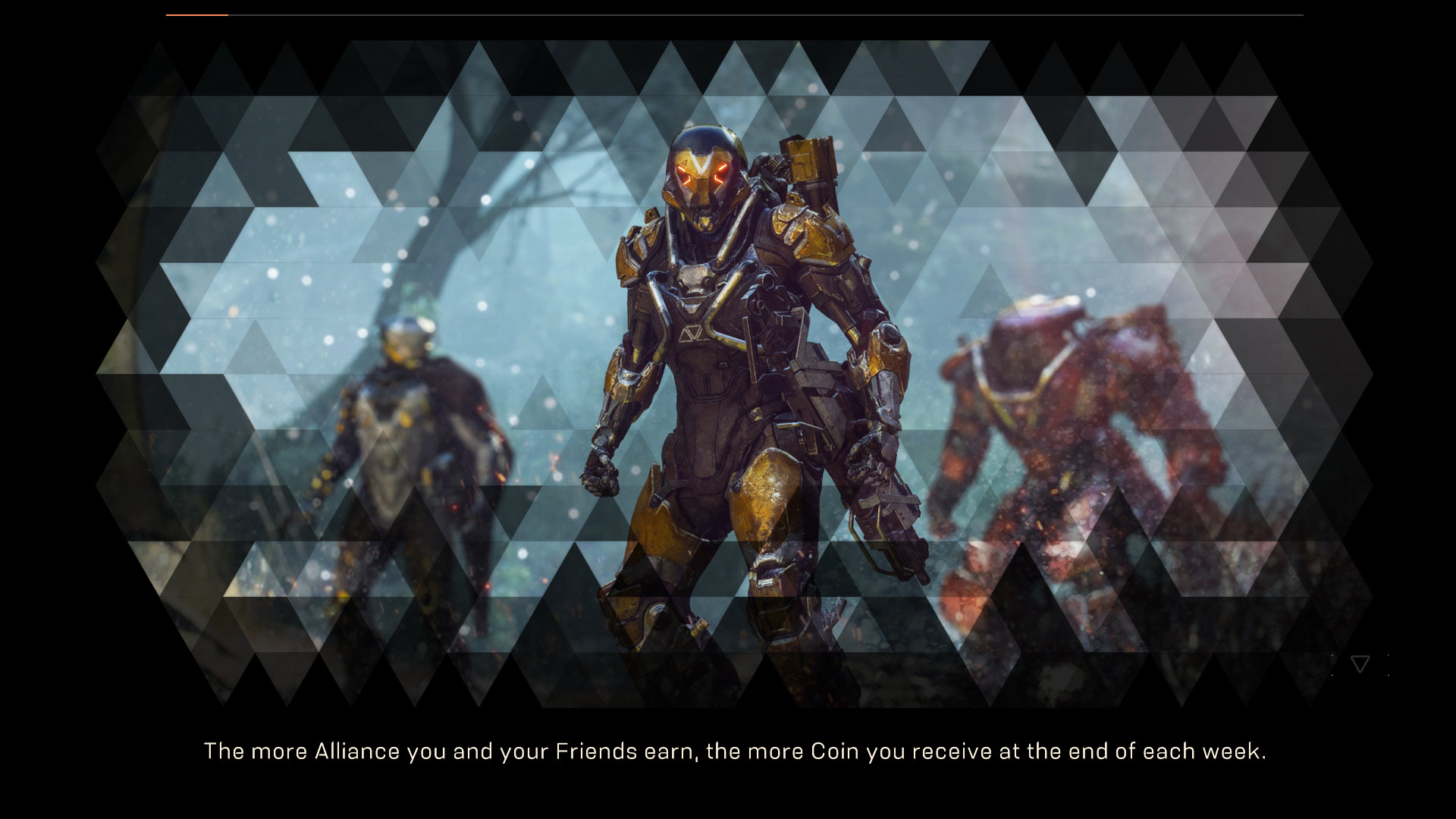 Mark Darrah, the game’s executive producer, wrote on Twitter that for some people the issues appeared to be related to Nvidia changing their settings as a result of the update being installed. Meanwhile, someone on Reddit claimed to have fixed their performance drop by changing the default format for their audio down to 16 bit 441000 and messing around with the texture filtering options in Nvidia.

Needless to say, people’s mileage has varied and this isn’t the type of thing most people want to be trying to diagnose after a big patch.

Some of the update’s improvements have worked out. Colossus Javelins can now revive fallen comrades while holding their shield up, something that has rescued my squad on a number of occasions already. Weapons and gear now also have numbers next to them showing how much their stats have been boosted by accompanying modifiers, making it easier to compare and contrast different Javelin builds. Other fixes haven’t worked as planned, at least in my personal experience. While loot is supposed to drop from bosses at the end of Stronghold missions now, I still haven’t seen it happen. Not that it would matter a whole lot if it did, since the mission completion timer often starts at three seconds or less, sometimes whisking me away before I even realised a fight was finished.

The warnings for not being in the right mission area don’t appear to have changed much either. I still routinely find myself flying close to squadmates on our way to fight some enemies only for the game to flash a timer counting down to when we’ll be transported to the objective. It really defeats the purpose of embarking on adventures in a big open world.

The day-one patch even removed a significant feature from the game. As confirmed by Darrah on Twitter, quickplay for Stronghold missions is not an option at the moment.

“We will reenable it once several issues are resolved,” he wrote. Quickplay is basically Anthem’s way of loading you into a mission started by someone else to fill in any gaps left by departing players. Doing so nets you bonus experience, which can add up to a lot when it comes to Stronghold missions. At various points in the game it can be one of the best ways to grind.

In all, these problems have really put a damper on what otherwise appeared to be an update full of worthwhile improvements. While BioWare said in a livestream yesterday that this week of early access for EA subscribers on PC and Xbox One has provided valuable feedback that’s reflected in this patch and will shape future ones, it’s clear at this point the game would have benefited from even more time before release.