It’s a cold truth that some people in this world are just arseholes. That’s why every online game game should have an option for reporting jerks. It’s a feature that’s become pretty standard, especially in competitive shooters. So it’s weird that Apex Legends released without it.

Instead of being able to directly report someone you encounter in Apex Legends who might be saying vile stuff or in some other way ruining the experience for others, the game currently requires you to take lodge your complaints externally.

On PC, you have to open the offending player’s profile in Origin, EA’s game client, and report them from there. On console, it’s more laborious: EA’s website sends PS4 players to the PlayStation guide for reporting PSN users and Xbox One players to Microsoft’s code of conduct page for Xbox Live.

Neither is ideal, since both are geared toward regulating behaviour over the social network than within a particular game. As a result, the people reviewing the complaints won’t always have easy access to any accompanying evidence, something even EA admits is a problem.

“Some games let you report abusive players, content and cheating right in the game or service,” reads the EA help page for reporting players. “This is the best way to report issues because it automatically grabs some of the information we need to investigate.”

Plenty of players seem to agree. The EA forum for the game is littered with people asking for in-game reporting. “This game is really good fun,” wrote one person. “Getting cussed out by strangers on the internet is not. Any game that has voice/text chat needs the option to report users for ‘unsportsmanlike conduct’ or ‘harassment.’” It’s similarly a frequent request on the game’s subreddit as well. 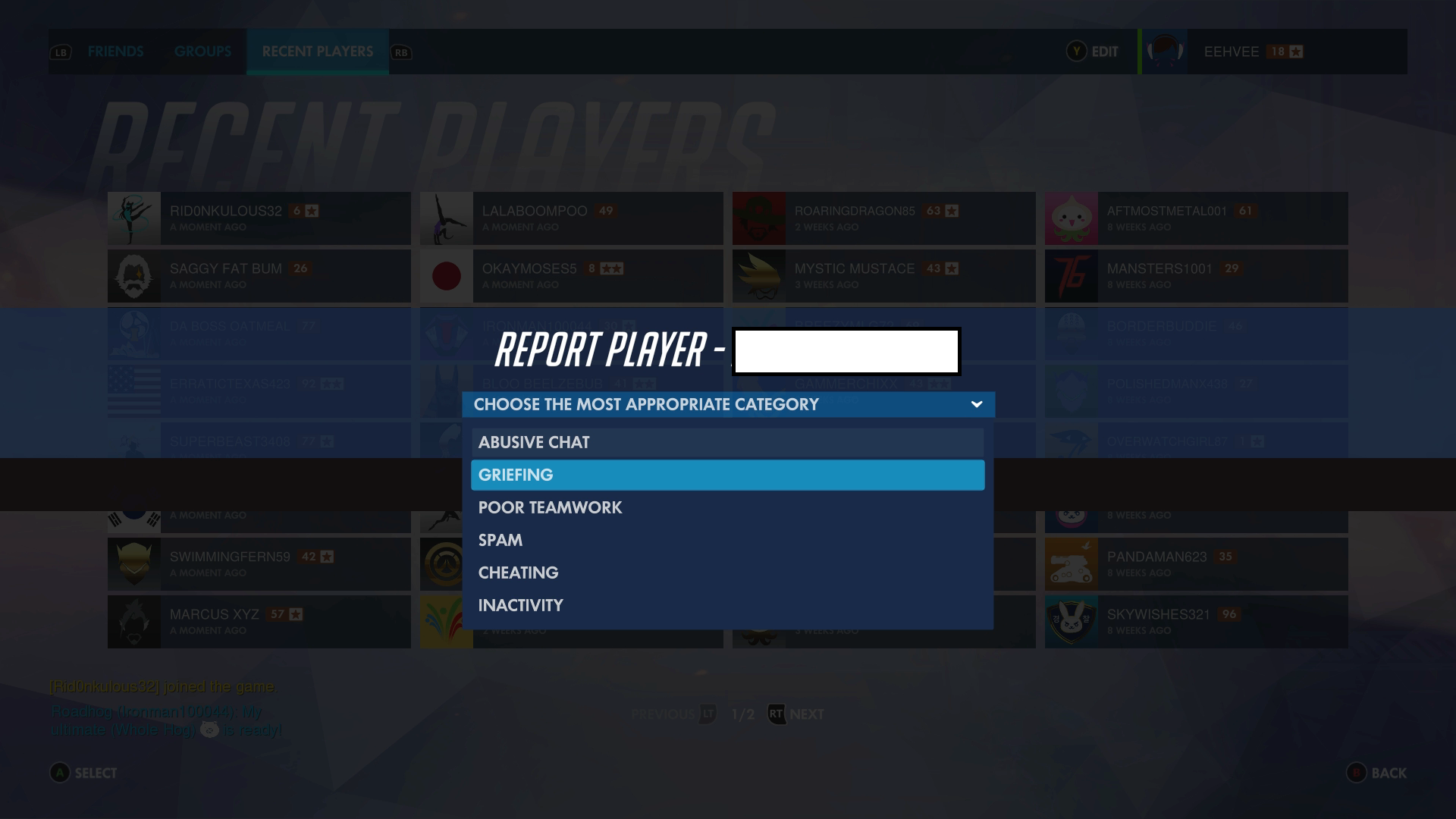 Currently, there’s been more emphasis on banning cheaters, with Respawn pointing players to a dedicated online form for reporting players who might be using exploits to get a leg up in Apex Legends. According to the studio, 16,000 players have been banned for cheating so far.

In a recent set of patch notes for Apex, Respawn community manager Jay Frechette acknowledged support among players for an in-game report feature. “I’ll just say that’s a very good idea :),” he wrote. EA did not respond to a request for comment about when such a feature might get added to the game or how it would work.

While they’re at it, they could add a block feature as well so players can automatically cut off contact with people doing things like using homophobic slurs. Blocking is another feature most games have but not, for some reason, Apex.

It’s a surprise that features like reporting that are in games like PUBG, Fortnite, and Overwatch, aren’t in Apex, since in other ways the game has been extremely forward looking in how it handles squad communication, making it possible to ping enemy locations and equipment without having to use voice chat.

The game also has a lot of great options for turning speech to text and other accessibility features. Given its comprehensive communication tools, you’d expect tools that help regulate what players say to each other would be equally robust.

It only takes one shitty comment to potentially ruin someone’s night, and having better measures in place to crack down on toxicity would go a long way toward making Apex Legends a more welcoming place for meeting other cool players.