I consider myself a veteran Etrian Odyssey player. I’ve hand-drawn dozens of maps across the role-playing game series, meticulously crawled floors for every treasure chest and scripted event, and gotten hundreds of monsters in my codex — conditional drops and all.

So I came to the latest title in the series, Etrian Odyssey Nexus, pretty prepared for how these things go — make a guild, crawl some dungeons, maybe die once or twice or a dozen times.

I was not prepared to find myself in a losing battle with my own ego as a result of refusing to lower the game’s difficulty, despite desperately wanting to.

My guild, which I am physically incapable of giving even a remotely serious name, is called Club 96 of RuPaul’s Drag Race All Stars fame.

Each of my characters is named after a queen from the show, including a Gunner named Gia (Gunn) and an Arcanist named Naomi (Smalls), who has long, absurdly skinny legs like her namesake. Rounding out the team are Sovereign Bebe (Zahara Benet), Nightseeker Bianca (Del Rio) and Hero Asia (O’Hara).

Basically, my team is built around inflicting status ailments on bosses and dealing big dick damage while they flail around unable to do much. 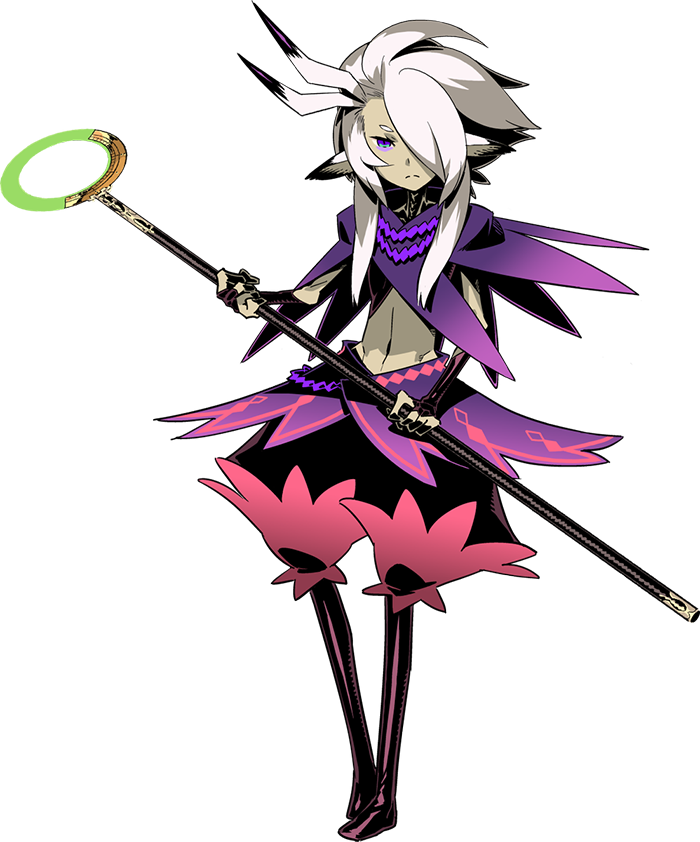 One of the Arcanist stock designs (Image: Atlus)

Then there’s a roster of random utility characters for gathering items and for healing my characters when I cheaply don’t want to use the Inn yet, lovingly named 1 through 8. I thought about renaming them as “Bidoof” and “Skarmory” in honour of former Pokemon HM dumps but found the number method more helpful.

All this is to say I have a system, and my system generally works.

Newly ready for some serious gaming with my Bad Bitch Squad (a censor-thwarted moniker which would have been my guild name if the developers at Atlus had stopped playing games with the character limit and thus my feelings), I set out into the wonderful world of Etrian Odyssey Nexus’ tutorial, which is in some ways meant to teach you basic mechanics but mostly meant to teach you that you can die at any goddamn moment. Yes, you, too, you dungeon-crawling scrub.

Since I consider myself an experienced EO player and a skilled badarse, I decided to play the game on Heroic mode, the hardest difficulty. THIS IS WHERE I MESSED UP.

OK, so here is the thing: It wasn’t actually a mistake. I am what they call a prideful jackarse, and I very intentionally decided to play the game on its hardest possible difficulty for no reason other than a little voice in my head telling me that I am a Bad Bitch and do not mess around when it comes to Atlus games.

Every player on every forum will very quickly tell you a harder difficulty is the “proper” way to play the game — masochism is a necessary trait for most Atlus games, so I’m not inclined to argue.

Because I like to play my games with a healthy dose of hubris, I figured I’d also try my first-ever run without a Medic or a Protector; classic jobs meant to heal and reduce party damage, respectively, so that you die less and are less helpless when you do die.

The difficulty of the new Etrian Odyssey is fine. It doesn’t feel unfair and provides a reasonable challenge for anyone familiar with the series. It’s even balanced for some of the moments designed to capitalise on and subvert the expectations of those experienced with the series.

Where I messed up was thinking that I am even remotely in control of my own gaming impulses, especially as they relate to titles where min-maxing is optimal and maybe even necessary for success.

Here is an example: There is a point where your party ends up under a sudden shower of rancid meat water. You then see what is a text version of a slapstick “I’m nauseous,” “Now I’m nauseous because you’re nauseous,” scene during which all of your party’s HP continues to drop.

You’re then prompted to either keep going with the rancid meat smell or take off all your armour and wash it. “You will probably get attacked while this happens,” the game all but outright warns you of your potential smelly nude shenanigans.

Of course, I couldn’t not know what happens if you take all your armour off, so I choked down the anxiety of doing something silly and stripped down in the middle of a monster-infested magical ruin. I was summarily attacked by monsters without my equipment. Surprise!

I managed to survive, but I found myself constantly lured by the siren call of “knowing what some crap does” in Etrian Odyssey Nexus, in much the same way that a gamer might jump off a cliff to see if it’ll kill them or wade into water to see if they can swim.

Will these fruit heal me, or become sentient and blindside my party? Can I kill this wildly aggressive kangaroo with a cheap-arse strategy and some luck, or will it annihilate my squad? Do I squeeze out my remaining resources and keep going until I activate a new shortcut or trek back to the Inn and play it safe like a goddamn loser? 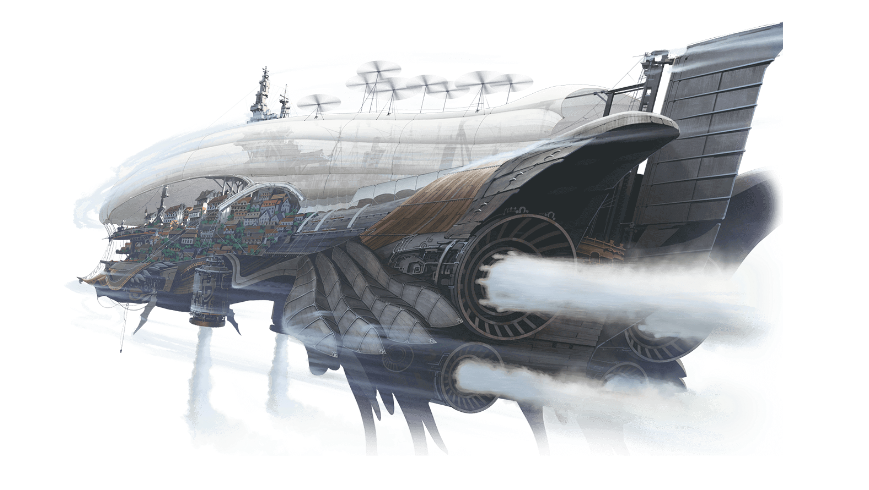 I didn’t realise quite how out of control I was until I found myself moving more slowly through the game than I wanted.

The pacing is fine and even feels faster at times than other games, as Nexus includes smaller snippets of dungeons from previous titles as kind of a love letter to itself. But there were other titles I wanted to play, and on top of that, I get into a very nasty completionist loop when I play EO games.

It was like a Bandersnatch moment as the hours went by and I realised that, as much as I wanted to, I could not lower my difficulty.

I physically could, of course — all it took was a little foray into the menu and I could change my difficulty, just like that. Once you are in Heroic, you can switch to a lower difficulty — but you cannot switch back to Heroic.

You also can’t start a New Game+ in Heroic if you completed the game in another difficulty, and since Heroic seems to be exactly the same as Expert, it is literally for bragging rights and nothing else, really, as far as I can tell.

Friends, I am still playing on Heroic and moving at a snail’s pace, and I am kind of OK with that but also feeling a little trapped!

I could keep a Heroic save and continue on a different difficulty, but the finality of moving forward and first seeing the game’s new content on a lower difficulty — and the idea of having to play the exact same mode again outside of a NG+ setting if I wanted the bragging rights of beating the game on Heroic — stopped me in my tracks.

I already had to rip one plaster off — one of my characters had died on the last goddamn turn of a boss battle and thus didn’t get any of the juicy boss experience everyone else got.

Where past Natalie would have begrudgingly reset for a better run, I realised I was already moving more slowly than I wanted and pressed forward, my poor Gunner now lagging behind in a game where each level already felt hard-won. It took a while to feel normal again.

Standard mode has never been so easy that it’s boring, and Picnic is honestly fun if you’re literally just trying to get more of the game’s story, but no one is really trying to do that — in past titles, the game got so easy that my non-damage-dealers were landing haymakers on newly squishy enemies. Yikes.

I might have finally met my match as I decided to switch up my gameplay style and be a little more reckless as a form of motivation.

There’s something in basketball called a heat check — basically, you take harder and harder shots, some of them relatively silly choices, to see how “hot” you are. Around the third major dungeon, I tried to do another of several heat checks in Nexus — taking on a difficult quest fight at half TP without saving — and the random number generator laughed right in my face.

“You are cold, scrub,” the game snickered as my party got wiped. “Do you want to save your maps though, so that you can be less bad at Etrian Odyssey Nexus next time you play?” I’m paraphrasing — it’s the feeling I’m capturing here.

And honestly? It sort of helped. I might have to challenge run myself into changing my difficulty, or just decide to play a little more recklessly — and make the move to an easier difficulty level to do it.

We’ll see. In the meantime, the Bad Bitch Squad prevails — on Heroic.