Some Magic: The Gathering fans are sending cards through Google Translate, with hilarious results.

Although I have dated not one but two men who made me sit through many long games of Magic, I still don’t understand how Magic: The Gathering is played. What I do understand is how funny it is to send different bits of text through Google Translate, and then translating them back into English. It’s something I started doing as a middle schooler with any old bit of random text, and now a few players are doing it with the descriptions on Magic cards.

The flavour text on Magic cards is kind of esoteric, so this experiment has yielded some funny results. Two players, Ajani and Sutekh94, have been putting cards through Google Translate manually since last year, using the hashtag #GoogleTranslatesMTG.

Their methodology is generally “do it as many times as it takes to make it funny.” There’s also the Twitter account RosewattaStone which is a bot built to do the same thing. Other players have started to get in on the fun as well. 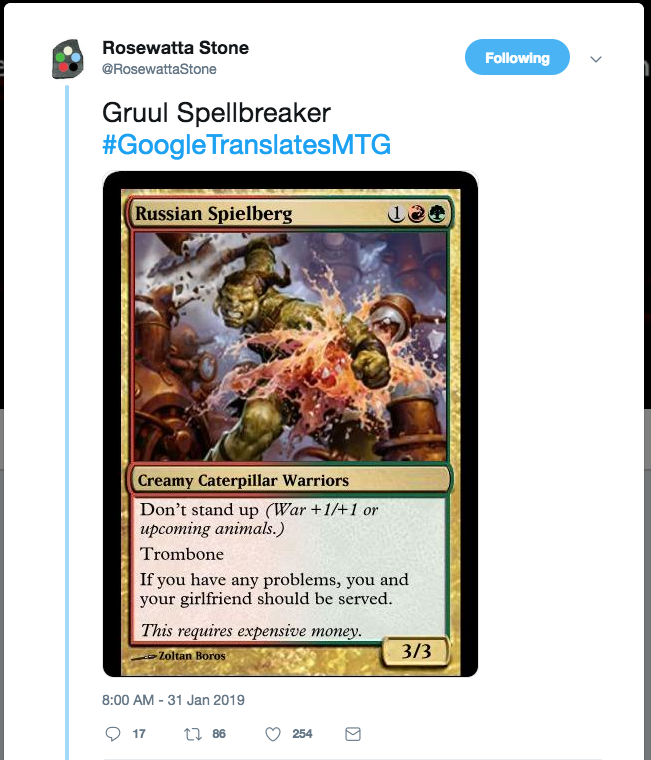 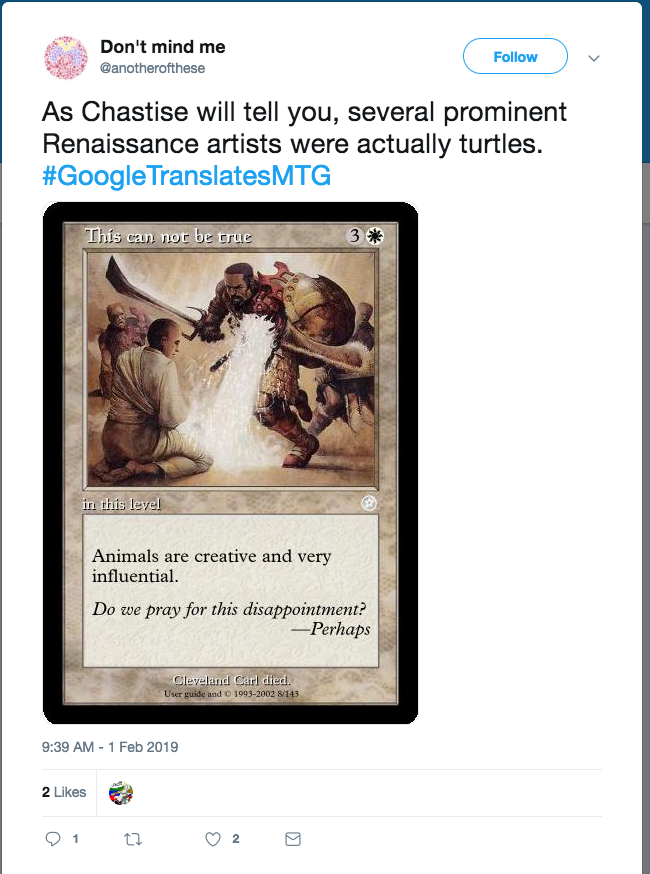 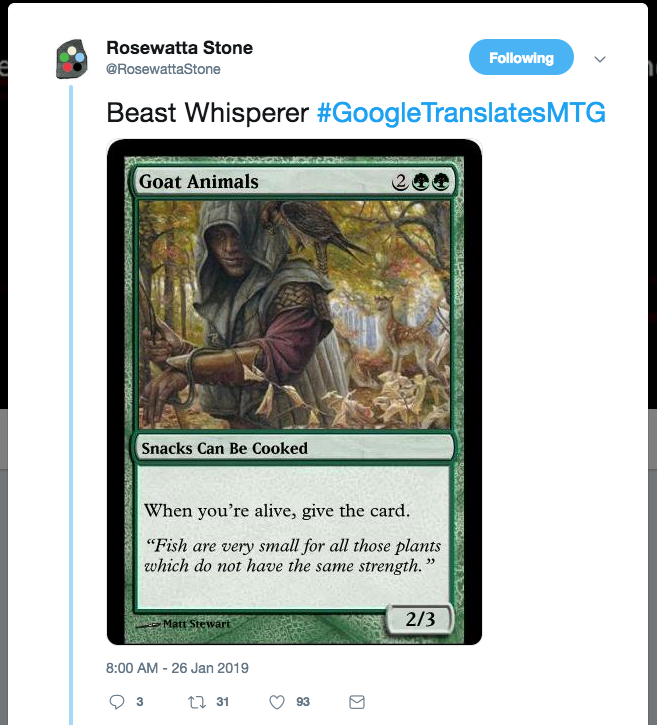 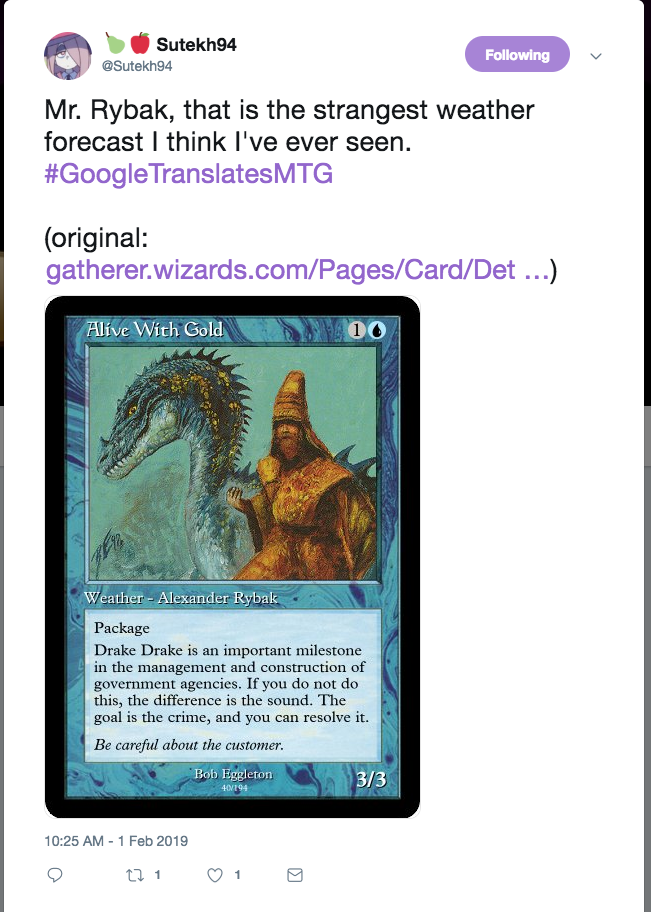 This is even funnier to me as Alexander Rybak is a Eurovision winner. 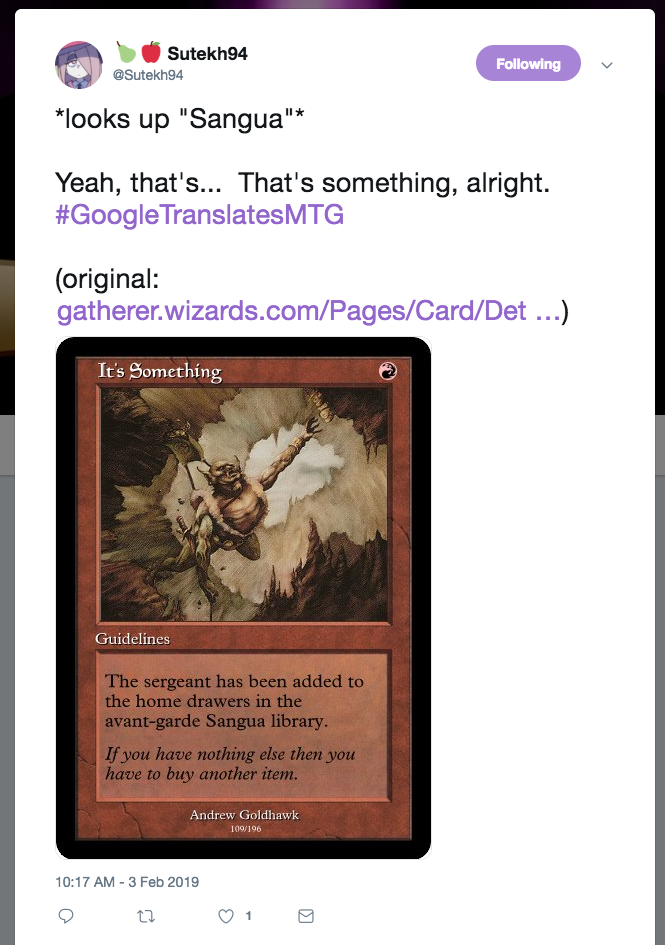 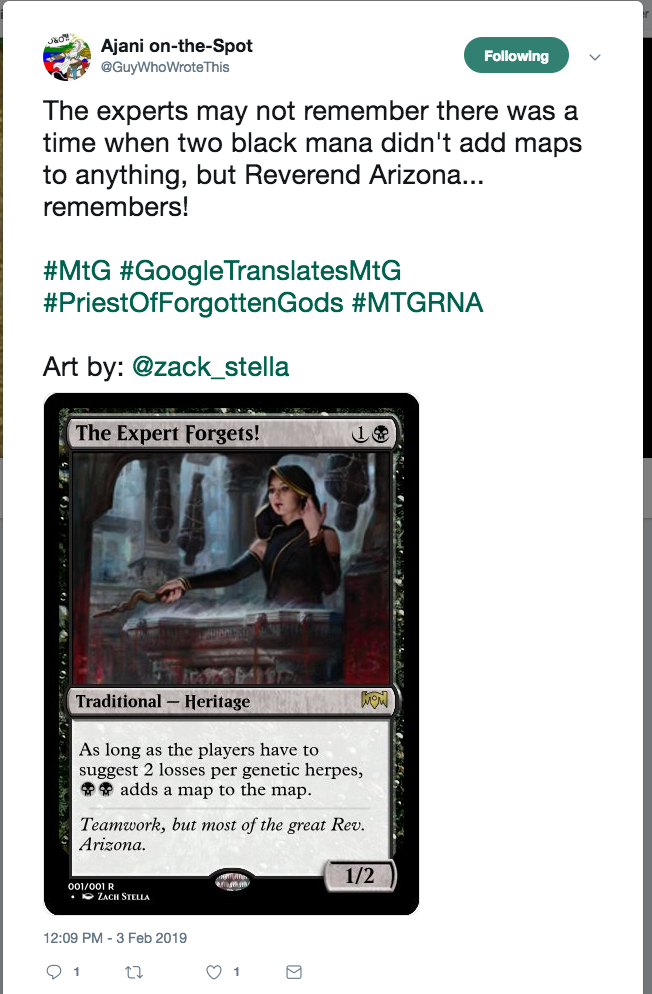 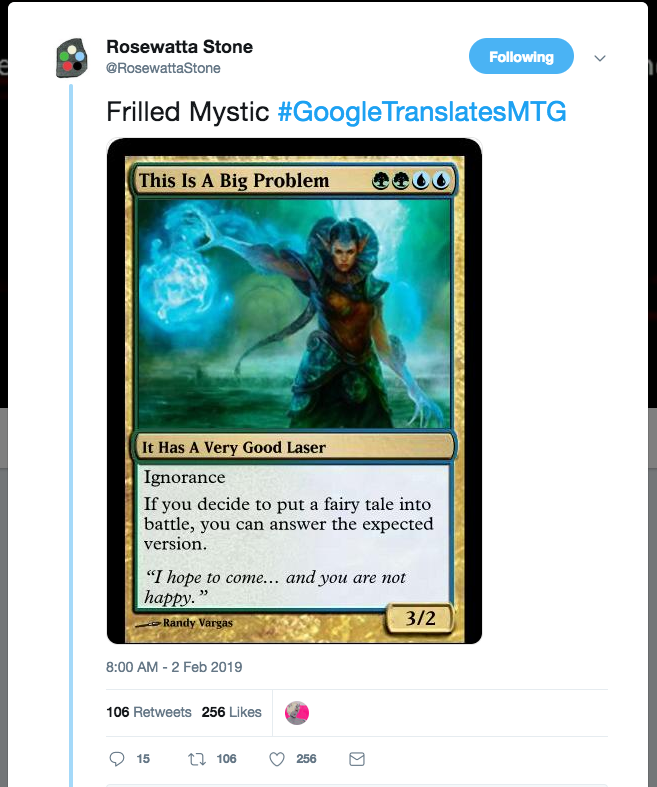 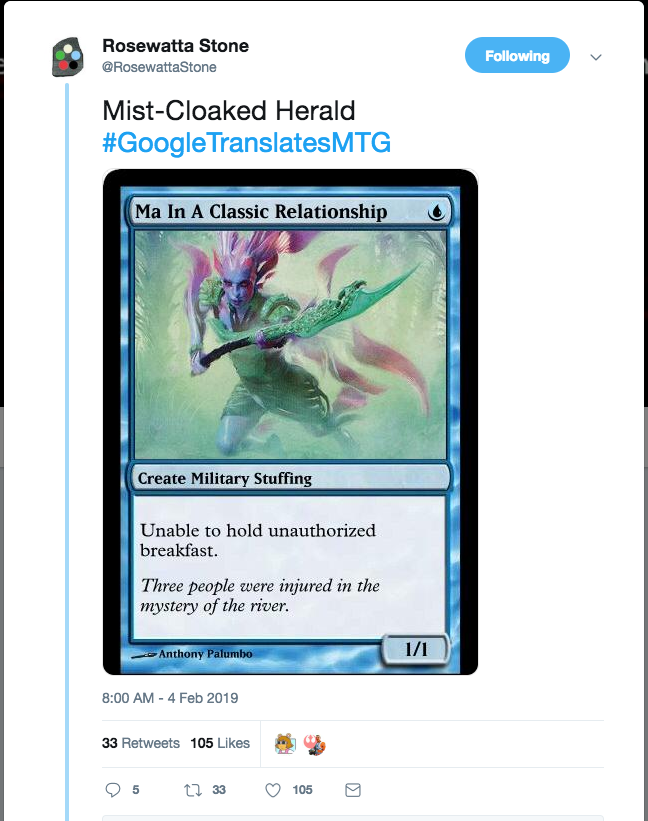 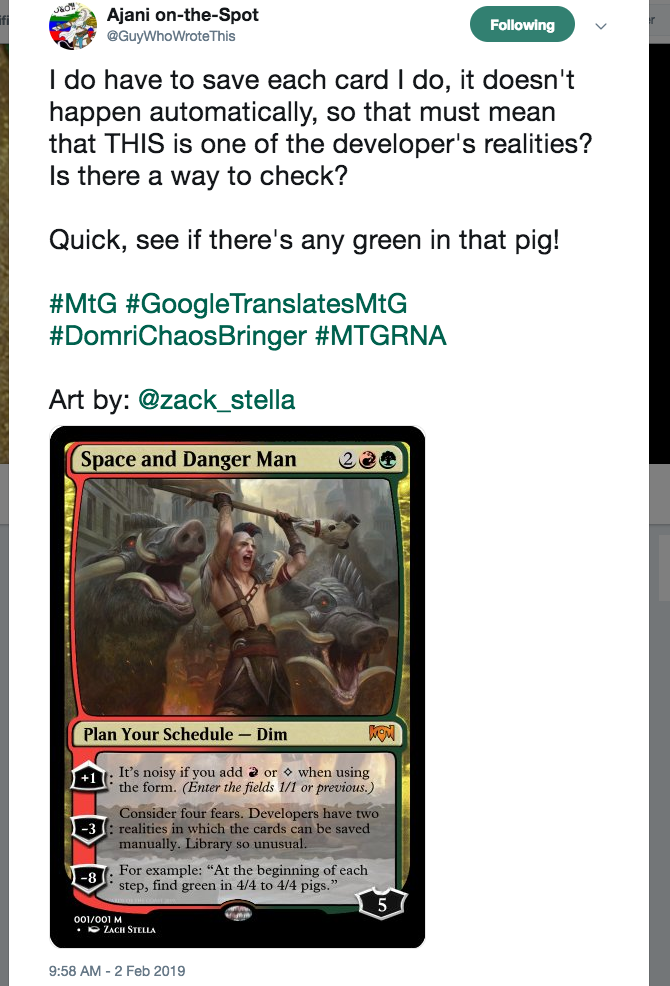 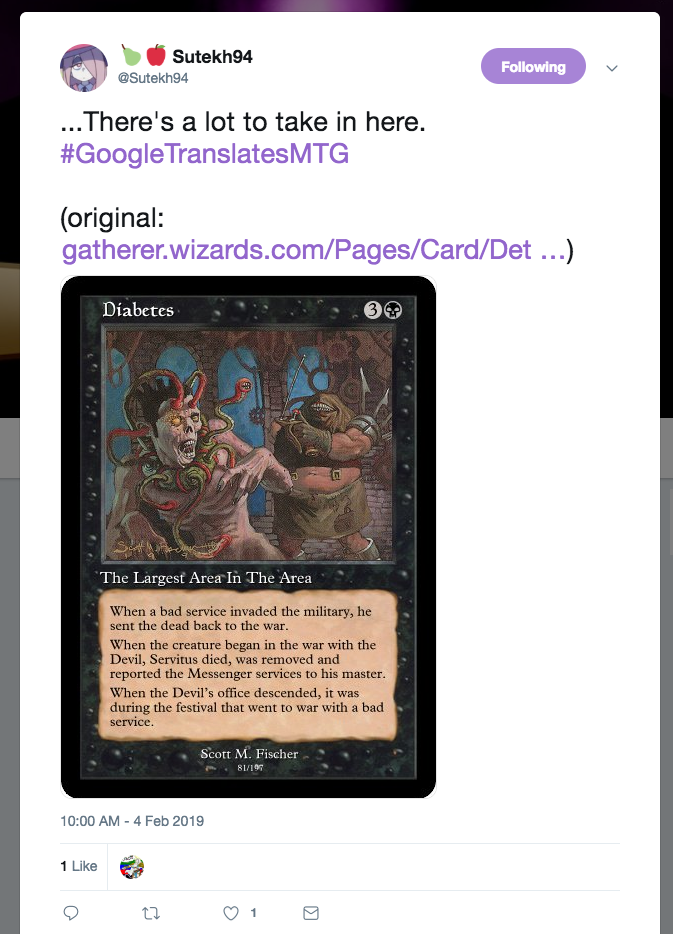 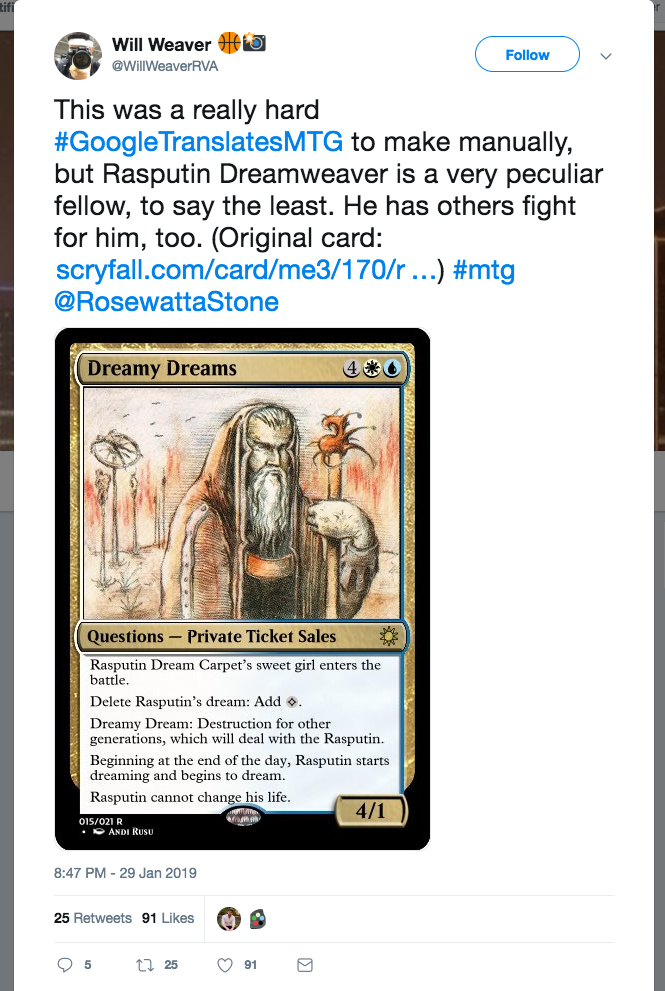 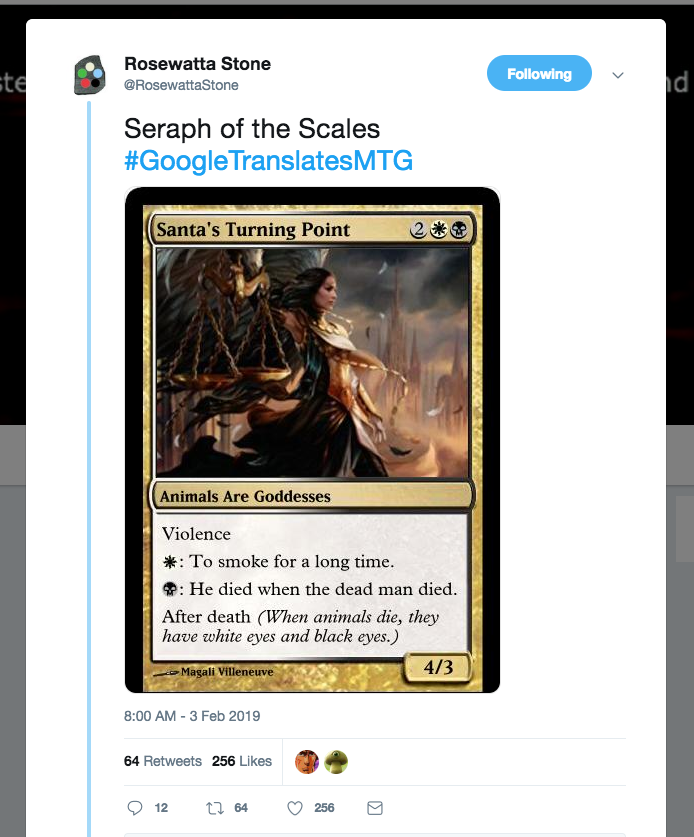 I am no closer to understanding Magic: The Gathering after reading these, but it did inject some joy into my Monday morning. How else would I learn that animals are very creative and influential, or that snacks can be cooked?