If You Don’t Love Bulbasaur, ‘Bulbasaur Propaganda’ Might Change Your Mind

pokemon
To sign up for our daily newsletter covering the latest news, features and reviews, head HERE. For a running feed of all our stories, follow us on Twitter HERE. Or you can bookmark the Kotaku Australia homepage to visit whenever you need a news fix.

If ever you had a friend — as many of us do — who doesn’t understand why Bulbasaur is a great starter Pokemon, simply direct them to BulbaGanda’s seemingly endless outpouring of love and affection for the bulb-wearing dinosaur-frog whose Japanese name, Fushigidane, means “Isn’t that weird.”

The account’s owner, a 26-year-old IT worker who prefers to remain anonymous, says Bulbasaur wasn’t even his first starter. It was Charmander. It wasn’t until a decade later, in an argument with a Bulbasaur-loving friend over the best Pokemon starter, that BulbaGanda’s owner was directed to Bulbasaur’s Bulbapedia page.

“There were a lot of things about Bulbasaur I never knew,” he told me in a Twitter DM. “I decided to rewatch the anime and read the manga… It took me years to understand its character.” 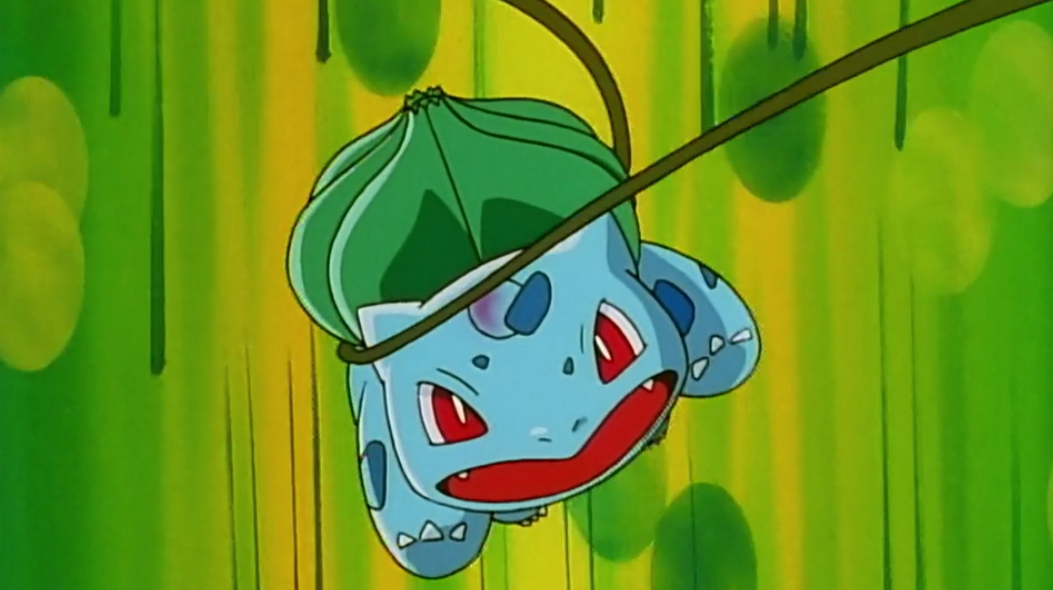 In creating the account, he wanted to “make a change in the Pokemon community,” he said. “I want for Bulbasaur to not be ignored anymore, or disliked unfairly.”

Bulbaganda’s writer describes Bulbasaur as “loyal”, “tough” and “mature”, but not everyone shares his opinions, he said. Even when he points out that Bulbasaur once protected the Pokemon at Professor Oak’s lab, or when Venusaur turned into a giant god in the manga, his protests often fall on deaf ears.

“To this day, the general opinion doesn’t accept Bulbasaur as really good,” he said. “Most… gaming articles, YouTube videos, or memes online make fun of Bulbasaur,” he said, going so far as to call it a “bias”.

A quick scroll through @BulbaGanda shows his efforts to change all that.

There are the memes…

You have 5 seconds to explain why you don't like Ivysaur. pic.twitter.com/m2HkRL1dF4

Only works if you are the number #001 pic.twitter.com/JsBhKzpA47

There are interesting facts…

Since you guys love Pokemon facts, here's a very obscure one.
There's a creature in the @StarWars universe that appeared in one novel called "Bulba" and while it's not a frog/dinosaur, but the entire concept from their nature to anatomy is inspired by Bulbasaur. pic.twitter.com/U8XmGUt1HM

Most people think that Bulbasaur was created by Ken Sugimori, while in reality Nishida made Bulbasaur and Ivysaur from Sugimori's first design of Ivysaur.
Ken Sugimori then completed the line with Venusaur.
I wish Nishida made Venusaur instead of Ken tbh pic.twitter.com/h8Ul8WnpDv

When Ivysaur go to sleep, their flower also sleep.
This is blessed! pic.twitter.com/rAdbaUAsAb

There's a Bulbasaur statue standing by a grave of a kid who died loving his partner till the end.
Rest in peace, trainer, Bulbasaur will miss you ???? pic.twitter.com/7Jy99AbkaB

And, of course, miscellaneous Bulbasaur propaganda.

This adorable little robot is designed to make sure its photosynthesising passenger is well taken care of. It moves towards brighter light if it needs, or hides in the shade to keep cool. When in the light, it rotates to make sure the plant gets plenty of illumination. pic.twitter.com/K87CSVXnkI

During a reunion between Ash's Kanto starters, Bulbasaur stood on two legs to welcome his old friend Squirtle with open arms even though Bulbasaur walks on 4 all the time.
If this isn't the purest kind of friendship, then I don't know what is. pic.twitter.com/Gg5kIB3ieJ

Ash and his starters won the sled race with an amateur-made sled made by Bulbasaur and Pikachu. pic.twitter.com/baBRQjsjU5

Hopefully, BulbaGanda will turn things around for this maligned starter. For now, its writer is still working on changing minds. “People still don’t give it any justice,” he said, “and quickly push him out with ‘Worst starter’ or ‘it’s just a useless lettuce.’”