The wonderful YouTube channel Game Maker’s Toolkit has released a new video detailing all the planning and work that goes into making a Hitman level.

Specifically, the video focuses on the Miami level found in Hitman 2. Turns out Hitman and IKEA have a lot in common.

Both Hitman and IKEA are “snail houses” or areas that are take a long time to fully explore. These areas are usually compact and uses obvious and long paths to force people to slowly move through a space. IKEA famously does this with their winding maze-like layout.

Hitman levels are built so that a player will get to explore a fully featured location, like a racetrack, but it all fits in a small footprint. It feels bigger because to reach any location players will usually need to take a long walk, winding through rooms and hallways.

But Hitman and IKEA are also “Swiss cheese”. At IKEA this is all the holes in the maze. If you are veteran IKEA shopper or employee you know that you don’t have to walk through every section to reach the end. Instead you can use slightly hidden doors to find shortcuts, saving you time. Hitman levels use a similar setup. 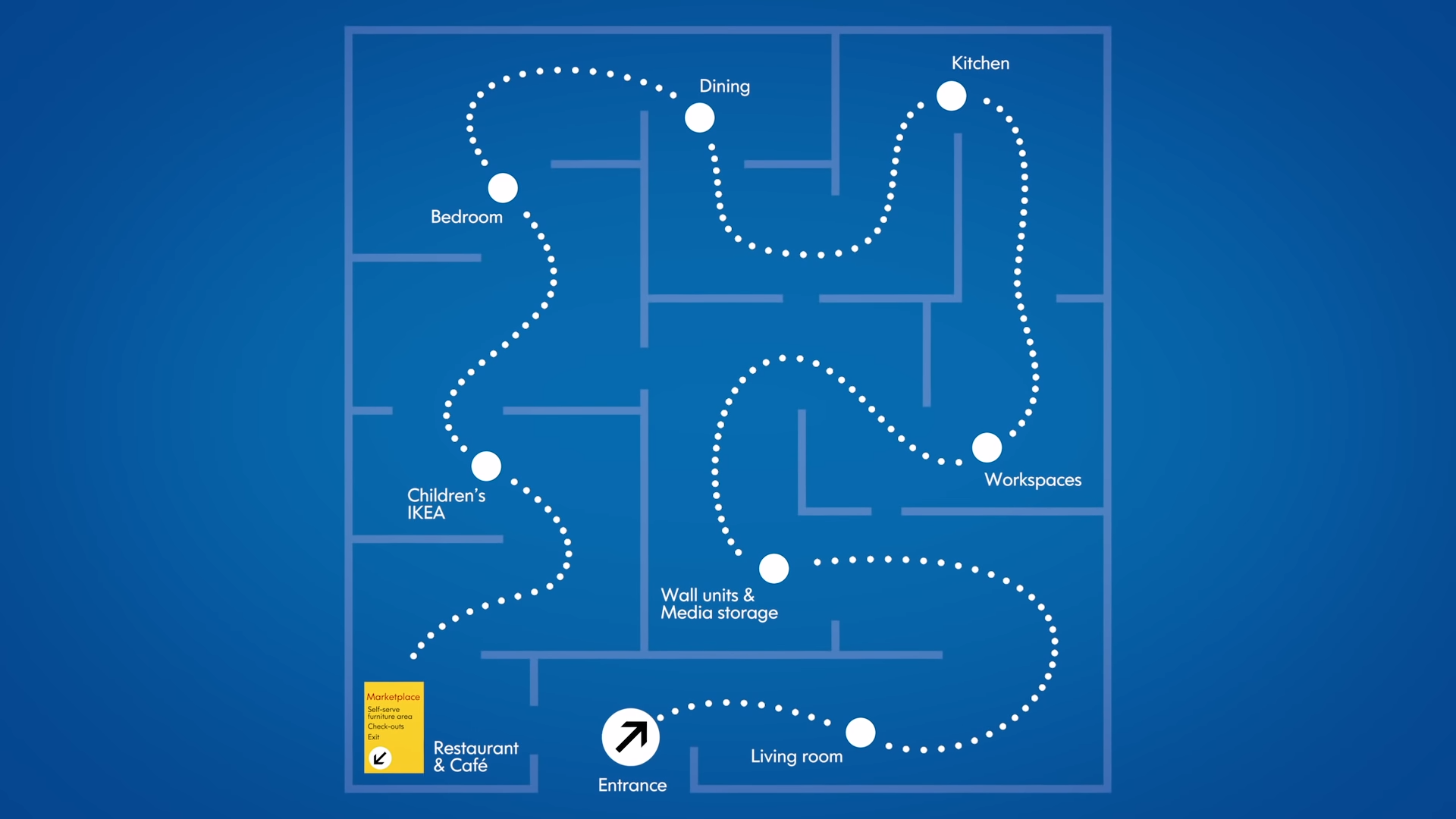 At first players will spend a lot of time in Hitman exploring and trying to find their target or objective. But as you spend more time in a level you will start to find these “Swiss cheese” shortcuts.

Instead of going up some stairs, through a tunnel and into a room you can just take a hidden pipe to reach the room directly. Finding and learning these shortcuts gives players a sense they are mastering a level.

The whole video is worth watching to find out even more about how these amazing levels are built. Game Maker’s Toolkit actually spoke directly to two directors from IO Interactive who worked on Hitman 2. They provide some interesting insight into the game and its levels.

One detail I really loved is that IO Interactive tries to never include dead ends. They always want the player to have a way around or out of an area, even if it isn’t obvious.