Players Are Flooding Splatoon 2 With Demands For Japan-Exclusive Gear

Western players have been clamoring over Japan-exclusive Splatoon 2 gear on social media for months—now, they’re plastering the game itself with their desperate pleas.

Sometimes, Splatoon 2’s developers release exclusive gear through special offers like the one in Japanese magazine CoroCoro, where the Splatoon manga runs. If you buy an issue of CoroCoro, there will be a code you can redeem in-game for some fancy new duds.

It stands to reason that this gear is exclusive to Japan—CoroCoro only exists there, and while it’s technically possible to get an issue in America or Europe, the codes don’t appear to be usable outside of Japan. That doesn’t mean Splatoon 2 players aren’t frustrated that they aren’t getting it.

Although Splatoon 2 has a dedicated fanbase in the West, the game is far more popular in Japan—the long running kids comic is just one example. Although other regions generally get the rest of the new gear and weapons in the game’s updates, seeing gear that’s exclusive to Japan stings.

Pieces of gear have abilities that grant a boost in gameplay, and beyond that, some of it looks extremely dope, like the Spy Gear set. These Squids look like they’re from Men In Black: 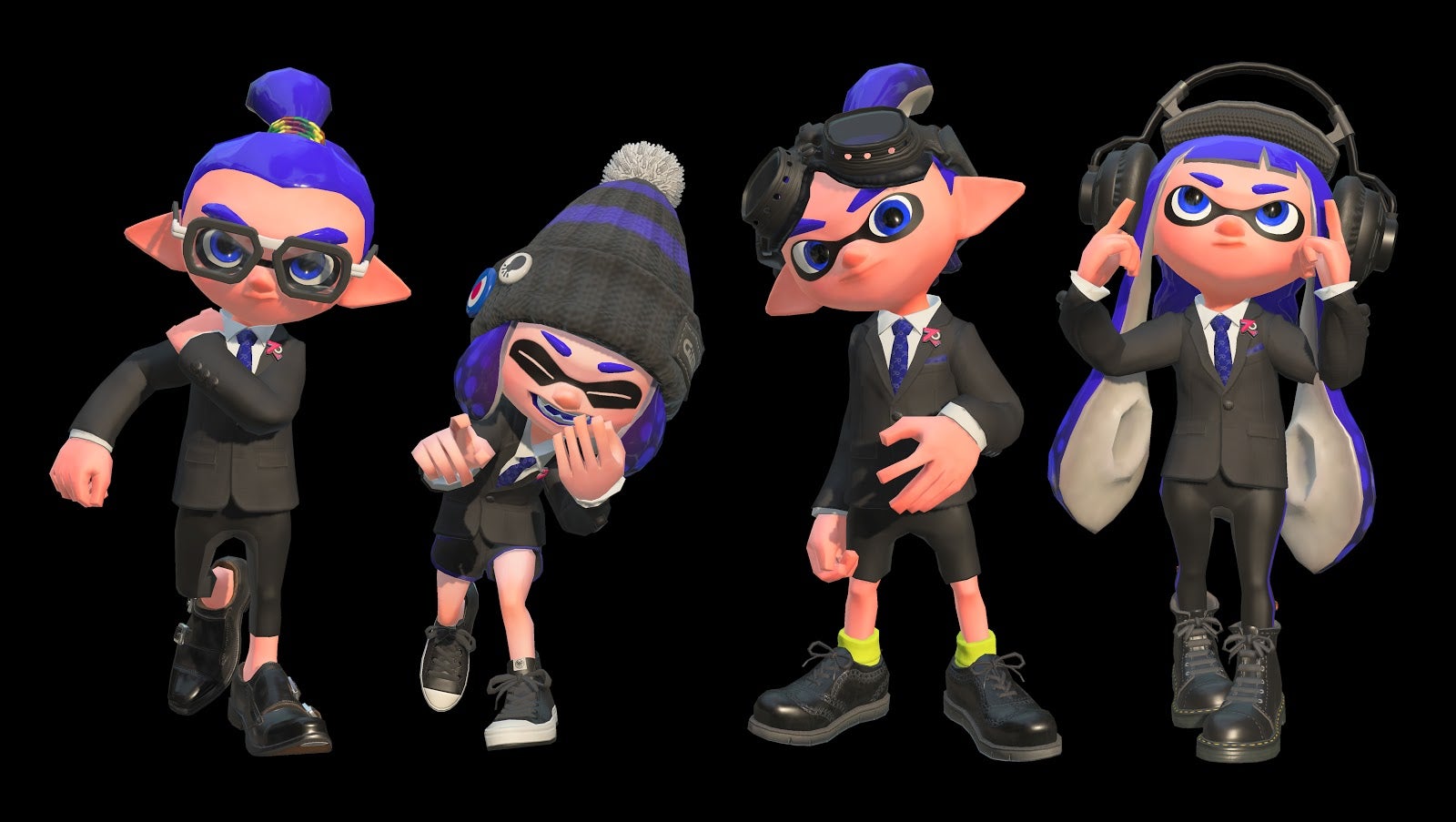 Splatoon fans seem cognisant of the reasons that they can’t get the gear. Fans have helpfully pointed out that in addition to CoroCoro only being printed in Japan, characters like these spies are original to the comic, meaning Nintendo of America or Nintendo of Europe may have a tricky licensing deal to work out if they want to bring them to other regions.

But that doesn’t explain why the FA-11 Bomber and the V-Neck Limited Tee—which were originally released as Japanese exclusives through 7-11 but are now available from the My Nintendo Rewards Program—are not available outside of Japan, even though the rewards plan is.

Kotaku reached out to Nintendo for comment about Japan exclusive gear but did not hear back in time for publication.

For the fans plastering the in-game lobby with posts blazened with the phrase “Gear For All,” it’s more about the principle. They might not live in Japan, but they love Splatoon, and some of them even read the manga. “Should CoroCoro expand just because a large number of people like/want the Splatoon 2 gear? No, absolutely not,” one player wrote on the game’s subreddit.

“But there’s a pretty sizeable group of people who read the Splatoon manga and fell in love with its characters, so there’s a market for what CoroCoro has to offer outside of Japan, and the Gear4All movement is about drumming up enough attention through the plaza for CoroCoro to notice that.”

If you log into Splatoon 2, these posts are impossible to ignore. I hadn’t logged on for months, but posts about Gear 4 All dominated the lobby. 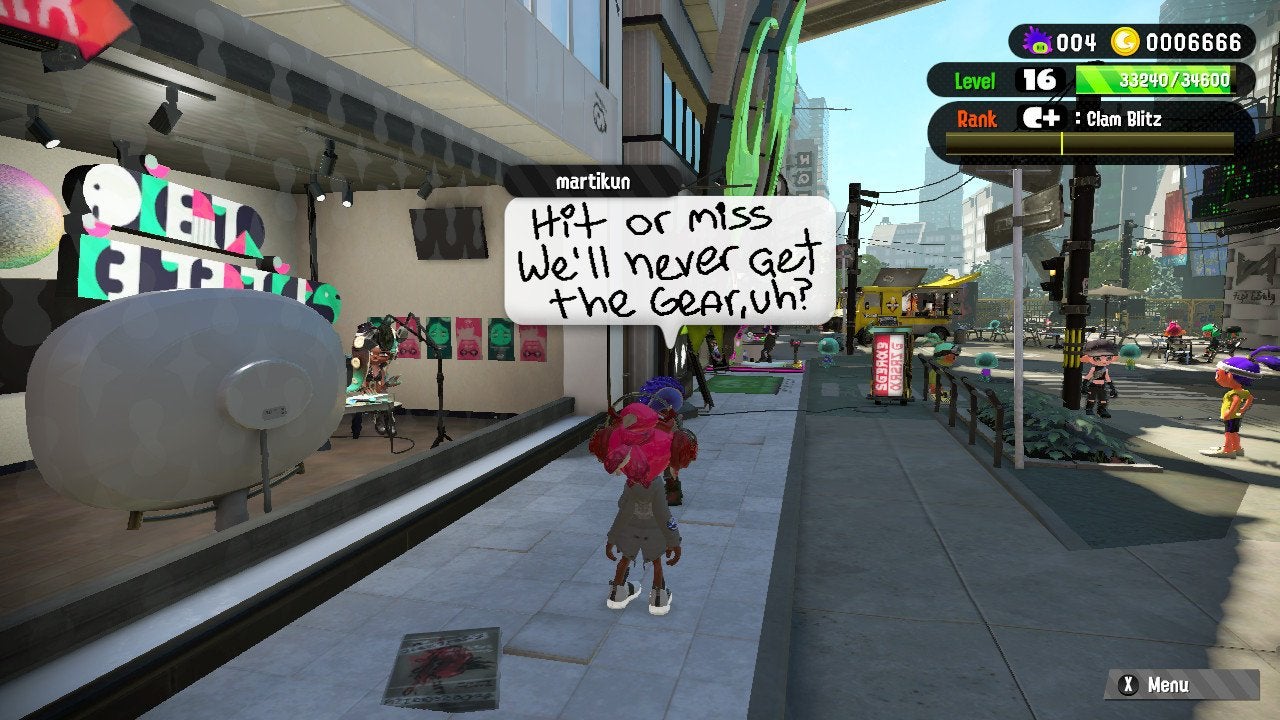 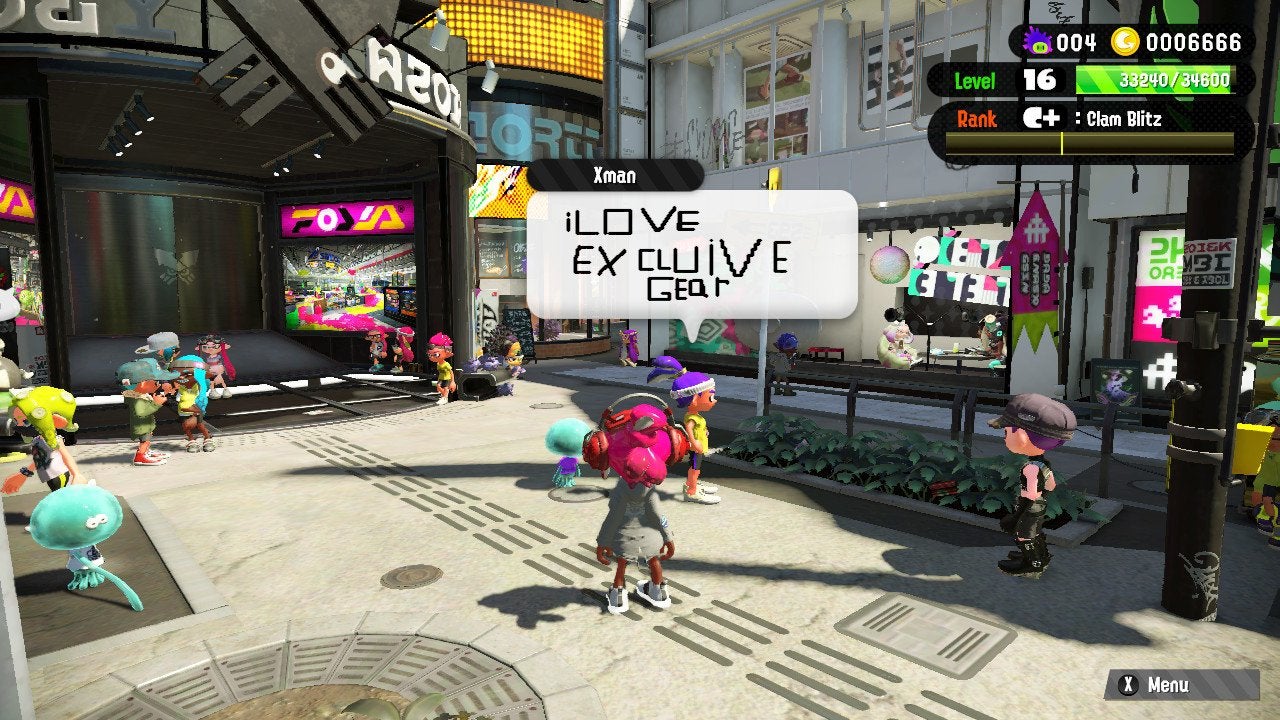 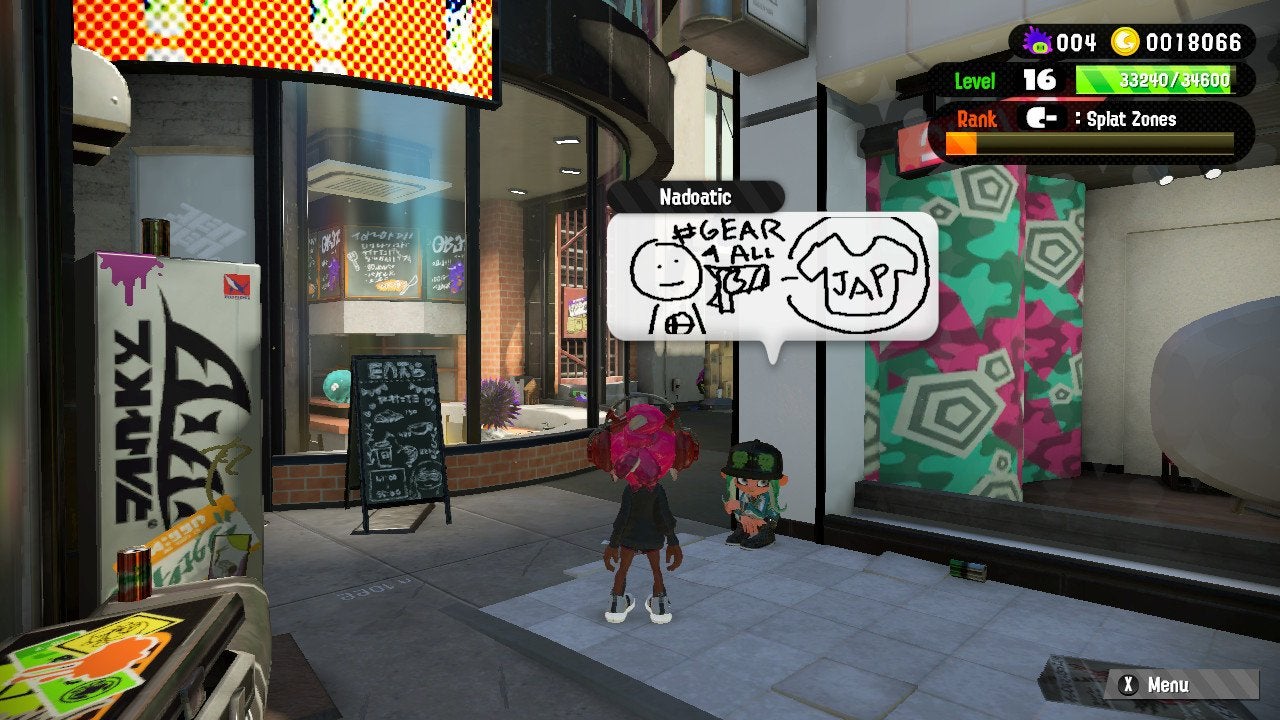 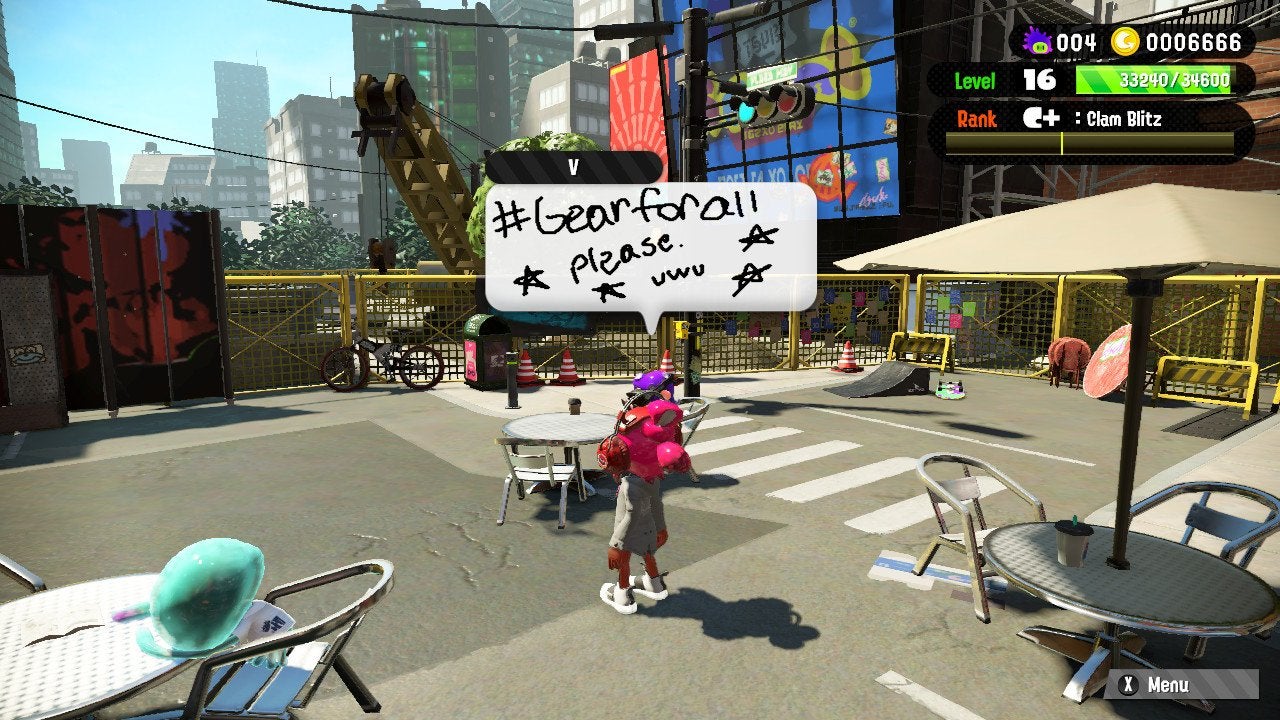 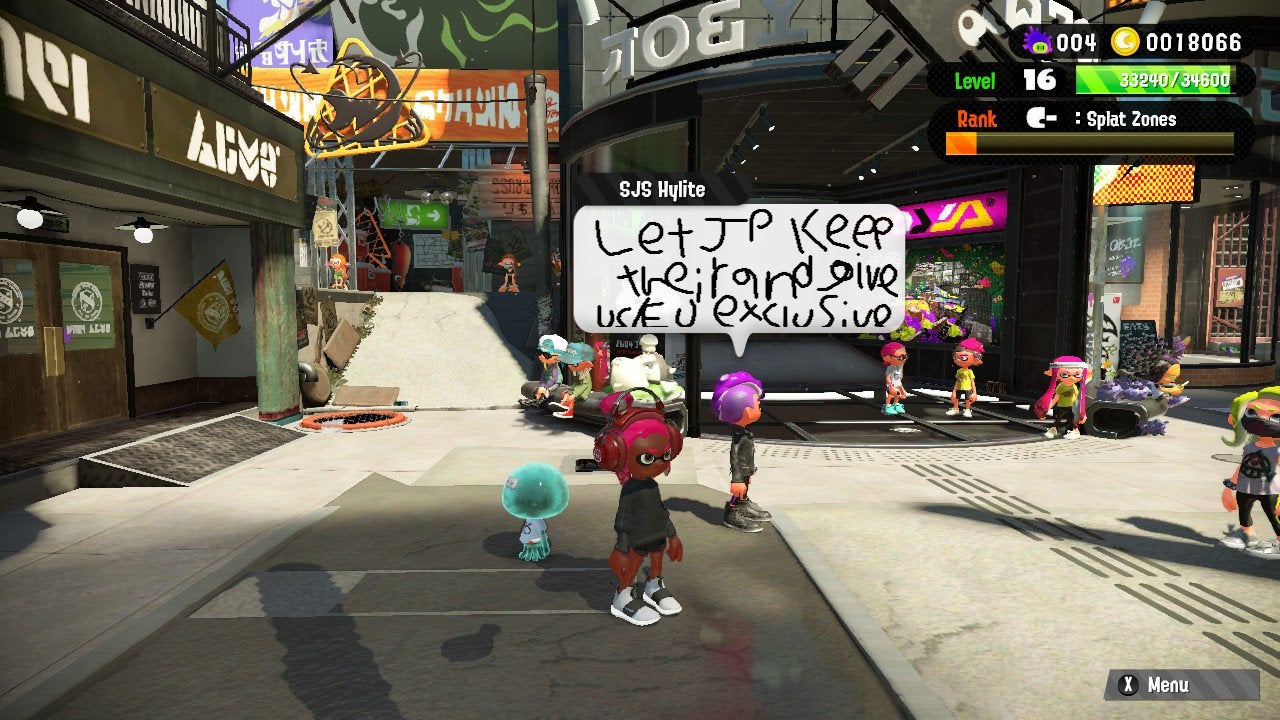 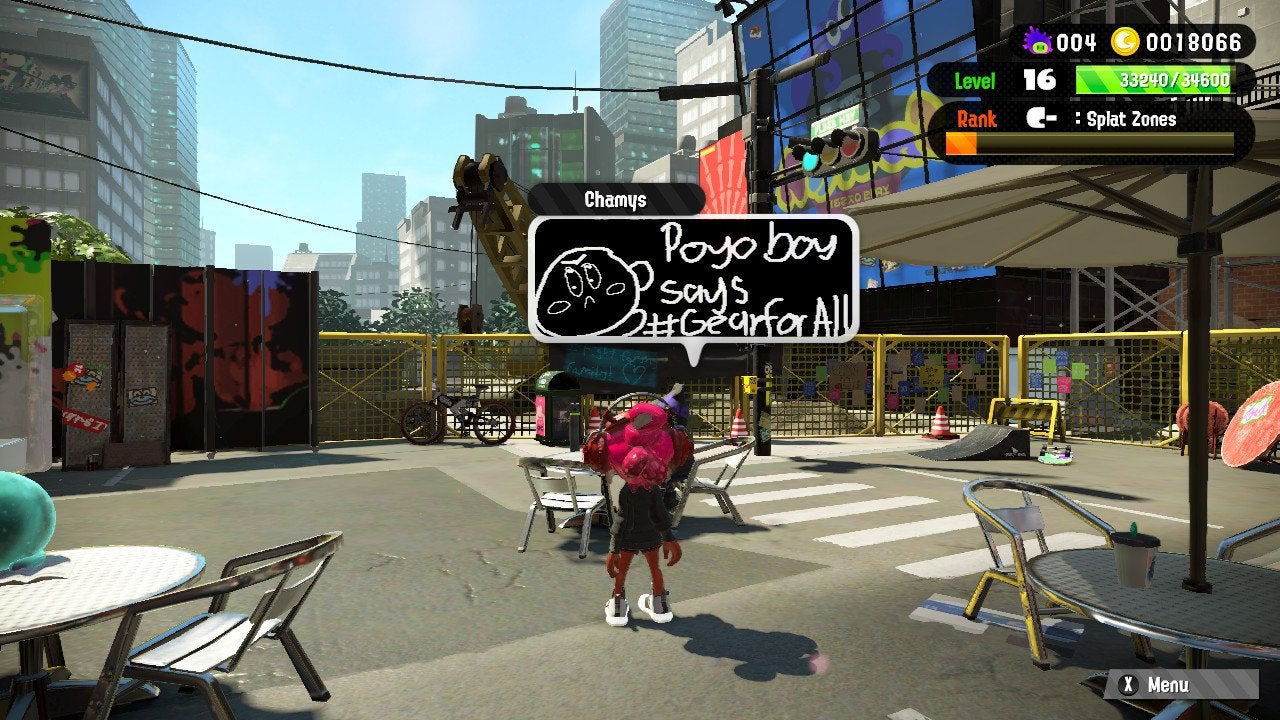 If you search the Gear4All hashtag on Twitter, you can see the magnitude of the posts. Since at least February 21, players have logged on to Splatoon 2 to vocalize their discontent.

Some players say that even if they don’t get the particular CoroCoro gear on offer right now, they just want Nintendo to acknowledge their fans outside Japan. Some of the posts in the lobby simply say things like, “Not everyone who plays Splatoon is in Japan.” 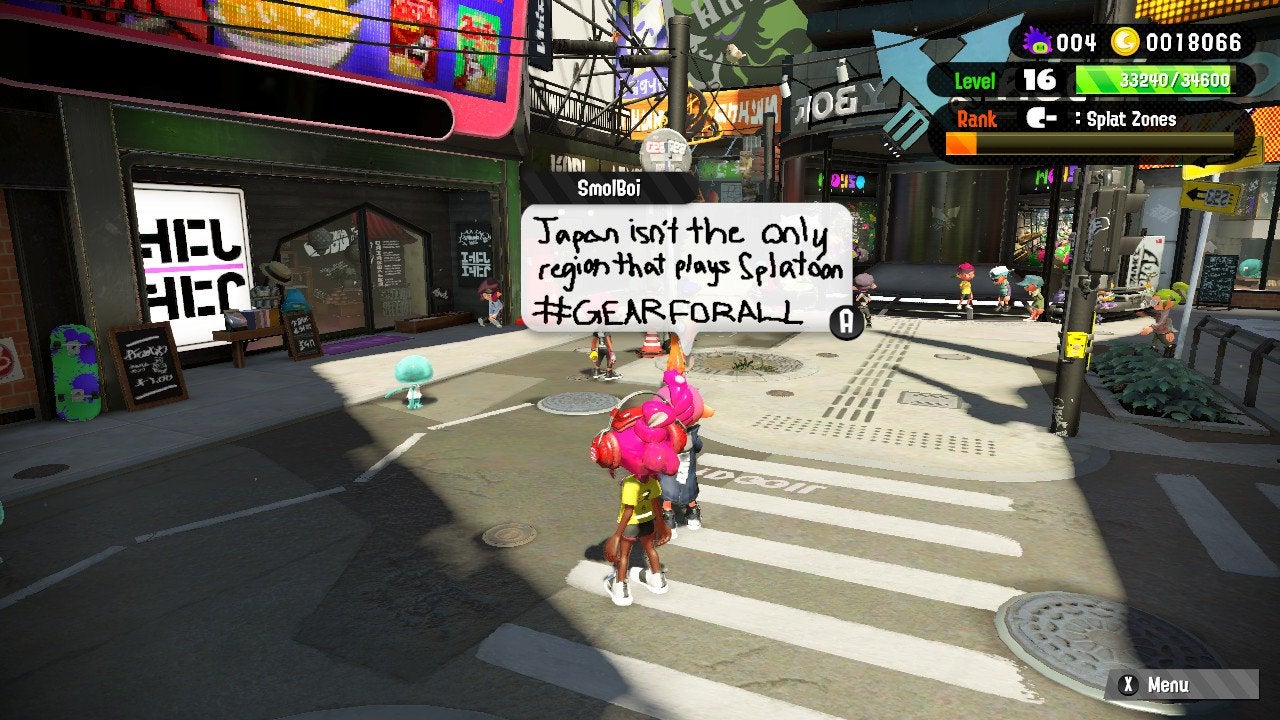 Only time will tell if Nintendo notices this protest or acquiesces. In the meantime, players outside Japan continue their efforts to be heard.