In 2014, the popularity of Yokai Watch exploded in Japan. It seemed like Pokémon was going to be eclipsed and overtaken. For a time, it was.

That summer in Japan, there were massive lines for the latest Yokai Watch toys. Children, mine included, memorized the show’s theme song and dance. Level-5’s Yokai Watch was a cultural phenomenon. Pokémon became Poké-huh?

It seems like every child in Japan grows up with Anpanman, Doraemon and within the last few decades, Pokémon. These well-established characters are timeless and delight generation after generation. For a while, Yokai Watch was on its way to entering that pantheon.

The impact of this decline in popularity has a real-world impact.

In the midst of Yokai Watch fever, Level-5 opened a series of themed stores. There were over ten locations across Japan, including Tokyo, Osaka, Nagoya and Sapporo. Now, only one remains in Fukuoka, where Level-5 is based. That shop will shutter on February 24.

Times are tough for Yokai Watch. What happened? How did this culture force go from boom to bust?

There are several reasons for this. As website Koe Dame Rainbow explains, one is that the first Yokai Watch watch toys were not compatible with all the medals. The second watch toy was compatible with a different set of medals.

For kids and parents, this caused confusion and frustration, especially because getting the first watch was so difficult. This wasn’t exactly the best first impression.

Scarcity creates even more demand. In summer 2014, when Yokai Watch suddenly became popular, there was a shortage of toys as well as licensed goods. Kids wanted anything emblazoned with Yokai Watch. That fall, anything is what they got. By the time the frenzy had subsided, there was a glut of Yokai Watch stuff available. Perhaps, it seemed like putting the characters on everything wasn’t such a good idea when those products ended up in the bargain bin.

One big reason for Yokai Watch’s initial popularity was the anime’s super catchy theme song and dance. When the show updated both, kids—at least my kids—started losing interest. The song and the dance’s moment had passed.

Perhaps sensing the need for a change, Level-5 began retooling and trying to appeal to an older audience. The 2017 movie Yokai Watch Shadowside and the TV anime that followed were much, much darker than Yokai Watch’s original iteration.

This might have put off those who were initially drawn to the series. It also was too frightening for the little kids who loved the cute yokai. Plus, the “scarier” Yokai Watch didn’t seem grown up enough for junior high school kids, so the target audience was unclear. Yokai Watch was having an identity crisis. 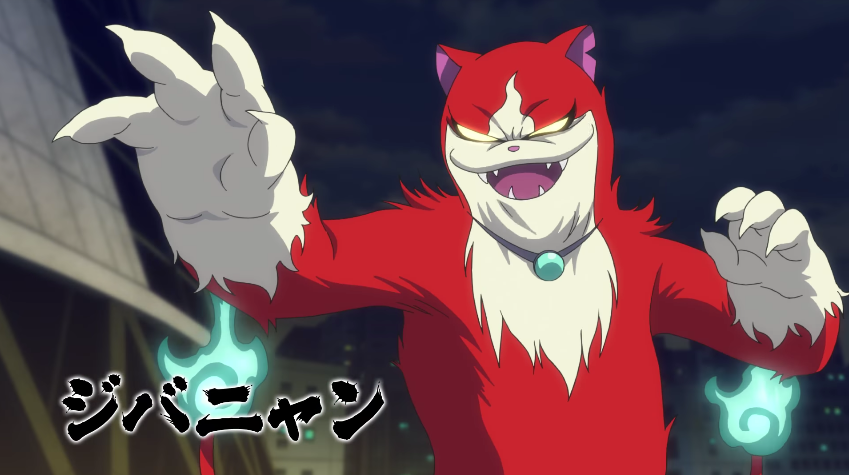 According to J-Cast, a spate of three Yokai Watch smartphone games was Level-5’s hope to resurrect the franchise. Children who were enthralled by the series back in 2014 are now either in junior high school or soon will be, so the hope is that smartphone games will breathe life back into the series. There’s the delayed Yokai Watch 4 for the Switch which could also renew interest. But the problem seems bigger—and deeper.

Anpanman, Doraemon and Pokémon are clearly defined. They evolve and change, but they generally do not veer wildly from the formula that makes them special. Kids and parents know what they were getting. Yokai Watch wasn’t that dependable.

Yokai Watch was always different from Japan’s most beloved, eternally popular games and anime. The main character Nathan Adams is your normal, average child. Compare that with Nobita from Doraemon, who is terrible at school, or Ash from Pokémon, who always loses.

For kids, there’s a struggle there. Someone to cheer for. Nathan isn’t terrible at school. He’s average. This is his weak point, which makes Yokai Watch interesting in comparison to other games and anime. But was it enough to keep kids’ interest?

The real problem is at the heart of Yokai Watch.

Rival Pokémon is filled with cute characters, but its core gameplay is deep and timeless. This is why it continues to endure. Yokai Watch was fun, sure, but its core gameplay experience was never as deep, as defined or as timeless. This is why young kids might have been easily able to play Yokai Watch, but there wasn’t the depth that kept them sticking around as they grew older. Scarier yokai doesn’t seem to be doing the trick, either.

Maybe the Switch or smartphone games can bring Yokai Watch roaring back. So far, the boom times are a distant memory.