French artist Thomas Romain co-created the animated series Code Lyoko. He also co-created two sons, Itsuki and Ryunosuke. In 2017, Romain began tweeting pictures of his interpretations of his children’s artwork. Now the trio has co-authored a book, Family Traits: The Fantastic Bestiary of a Father and his Sons, a gorgeous celebration of a family’s shared passion for art.

Releasing in English on March 19 from Udon Entertainment (and published last year in French), Family Traits collects the shared artwork that continues to delight Thomas Romain’s Twitter followers and Patreon supporters. The 115-page hardcover book presents not only the children’s illustrations side-by-side with their father’s take on their work, but also insightful commentary from all three.

Here’s how the very first re-imagined drawing came about. While attending an art workshop in Japan, where the family resides, Ryunosuke created what his father calls a “very balanced” and “simple” drawing with “little details both cool and original.” Overcome with the urge to redraw the picture, Romain surprised Ryunosuke with his interpretation of Saturn, The Championship Cyclops. 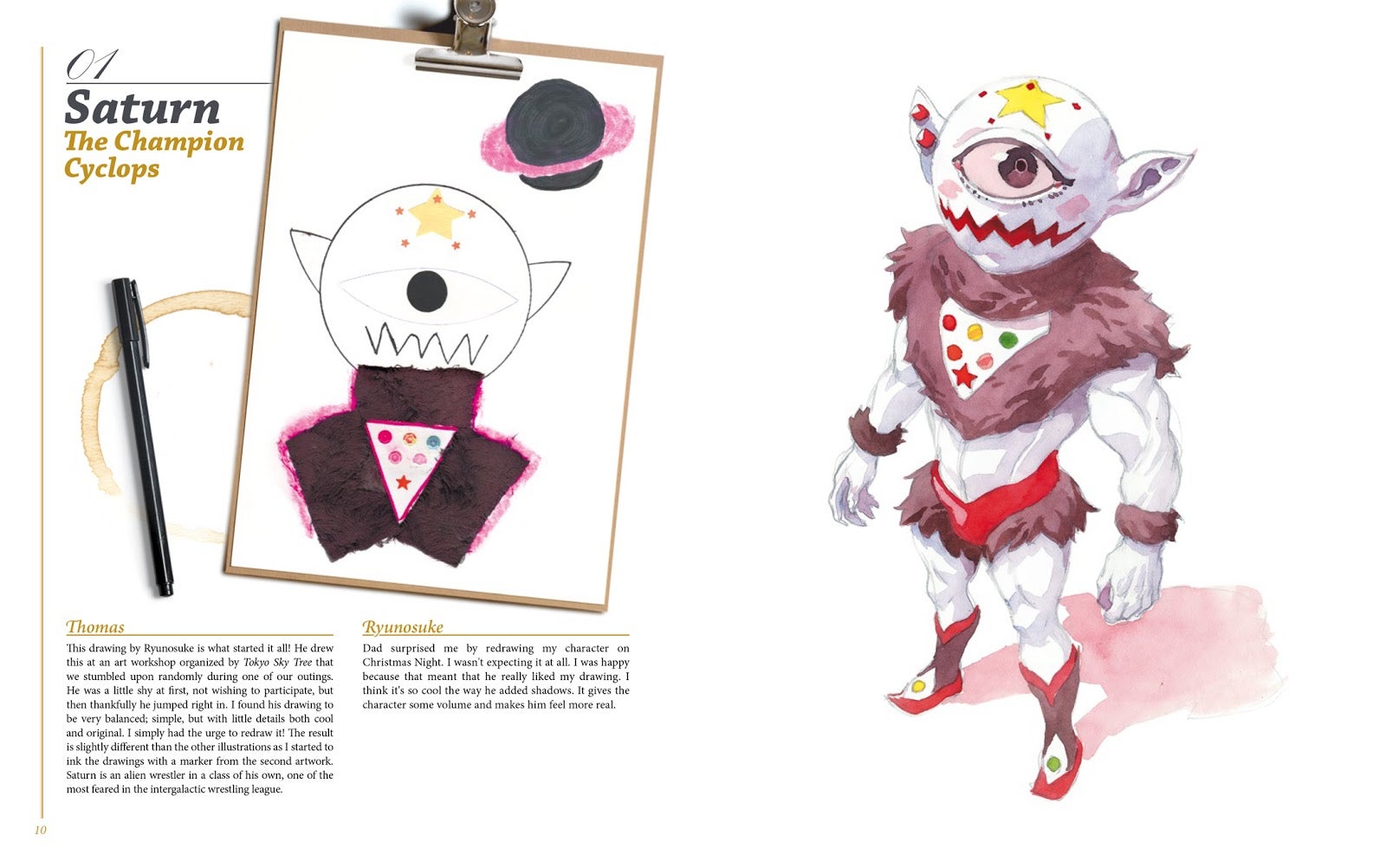 The comments from the children are the best reason to own a book collecting works of art readily available on the internet. To read how Ryunosuke reacted to this first re-draw, how he took it to mean his father really loved his drawing (which of course he does), it’s priceless, really.

It’s also fun to follow the project from its early days. At first the reworking is a surprise, but as the children come to expect it, they way they design their creatures transforms. In “The Pompaa’s Boutique”, Ryunosuke gives his dad several design options, and Thomas uses them to create what feels like a living, breathing fantasy society. 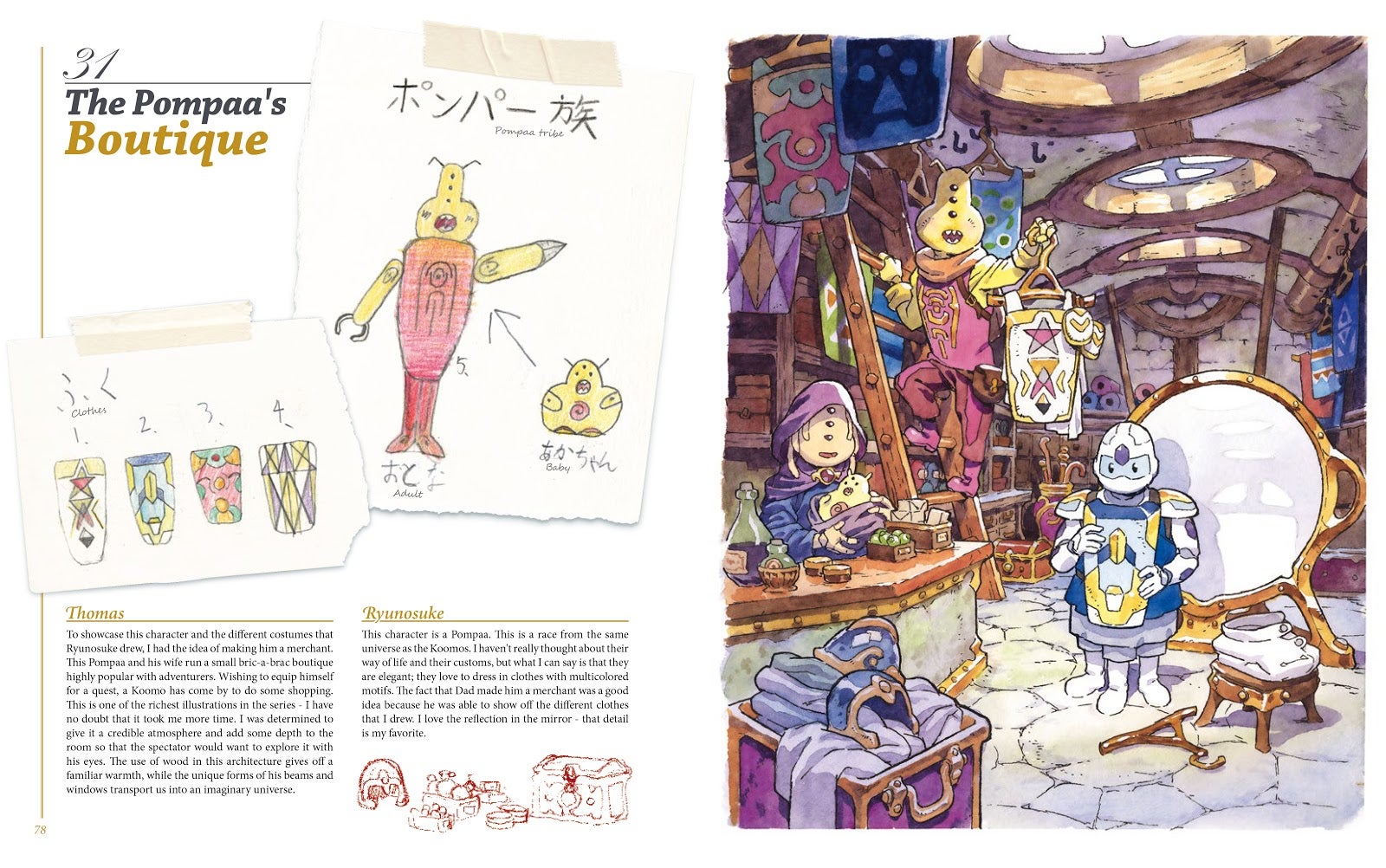 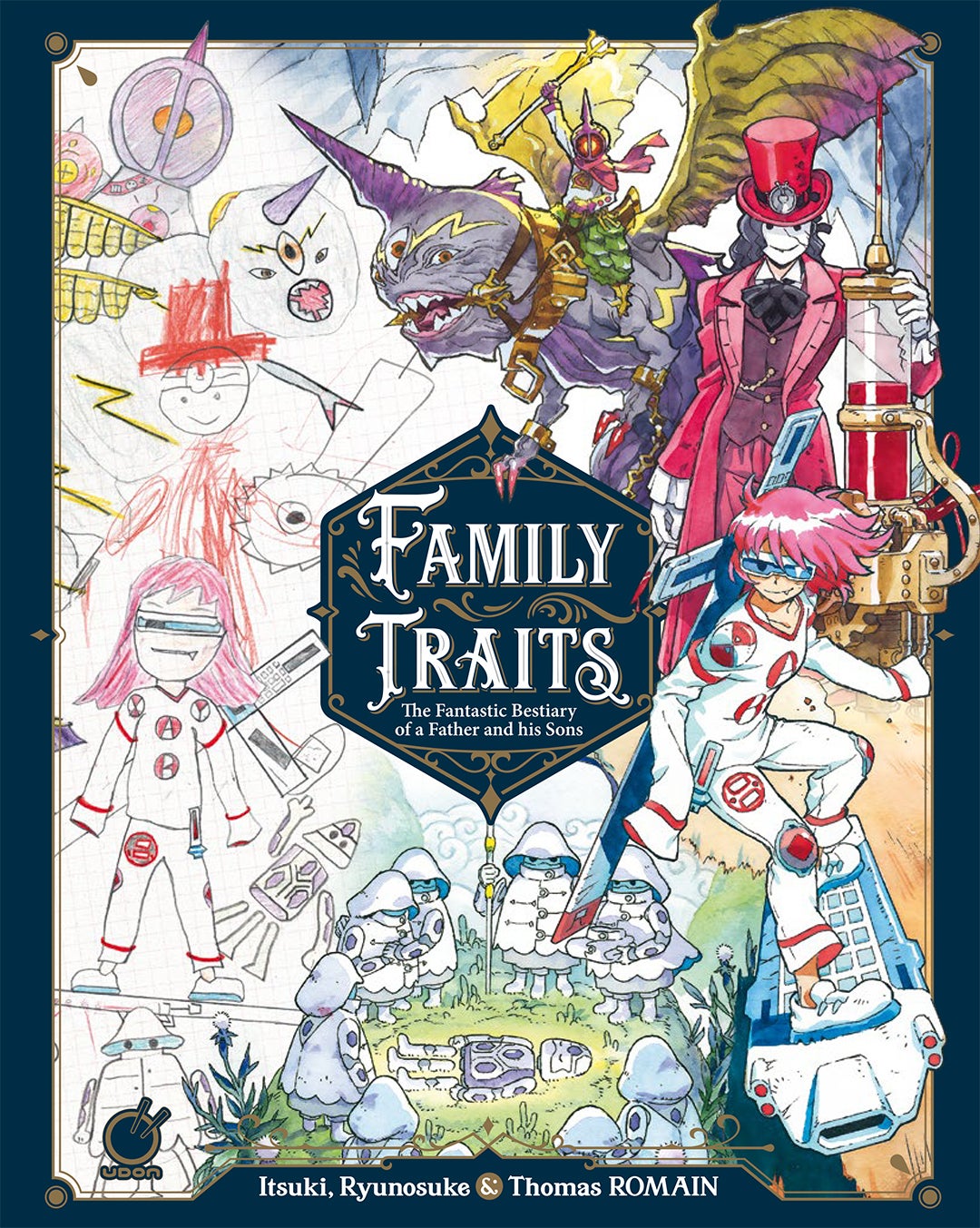 As the project continues, it feels like Thomas and his sons become more in tune with one another. The father becomes a pathway for their creations to reach their final form. It’s a beautiful way for parents and children to come together.

The project is heartwarming and inspiring. It makes me want to hold my children close and imagine what I might do with their imaginative drawings if I were worth anything as an artist. At the very least, Family Traits gives me something to share with my own children. I might even let them scribble in the margins.