The world of Red Dead Redemption 2 is large. Though after you spend enough time running around the deserts and swamps of RDR2, you might want to take a vacation.

Maybe go visit a new exotic land? Some crafty players have figured out how to do just that and all it takes is a canoe and some patience.

If you haven’t beaten RDR2 yet, the location players are visiting might be a spoiler.

So you want to leave The West behind for a bit and go somewhere a little more tropical? Basment Gamer Bros has a simple and short video showing players how to escape the world in just a small boat.

You will first need to trick the game into thinking you even deserve your little tropical vacation. To do this, you’ll have to use a different glitch to leave the playable map of RDR2. Nobody said this trip was going to be easy.

Once you’ve activated this first glitch, you’ll have to head south for a bit until you get a notification that you have entered Guarma. However, if you look around you will notice you are not on a fictional Cuban island, but still very much in The Wild West. That’s OK, this is all part of the process!

The next step is to turn around and head north towards the Lannahechee River.

At the river you should find some canoes. “Borrow” one of these small boats and start paddling north up the river. This is going to take some time, so maybe grab a drink or a snack. 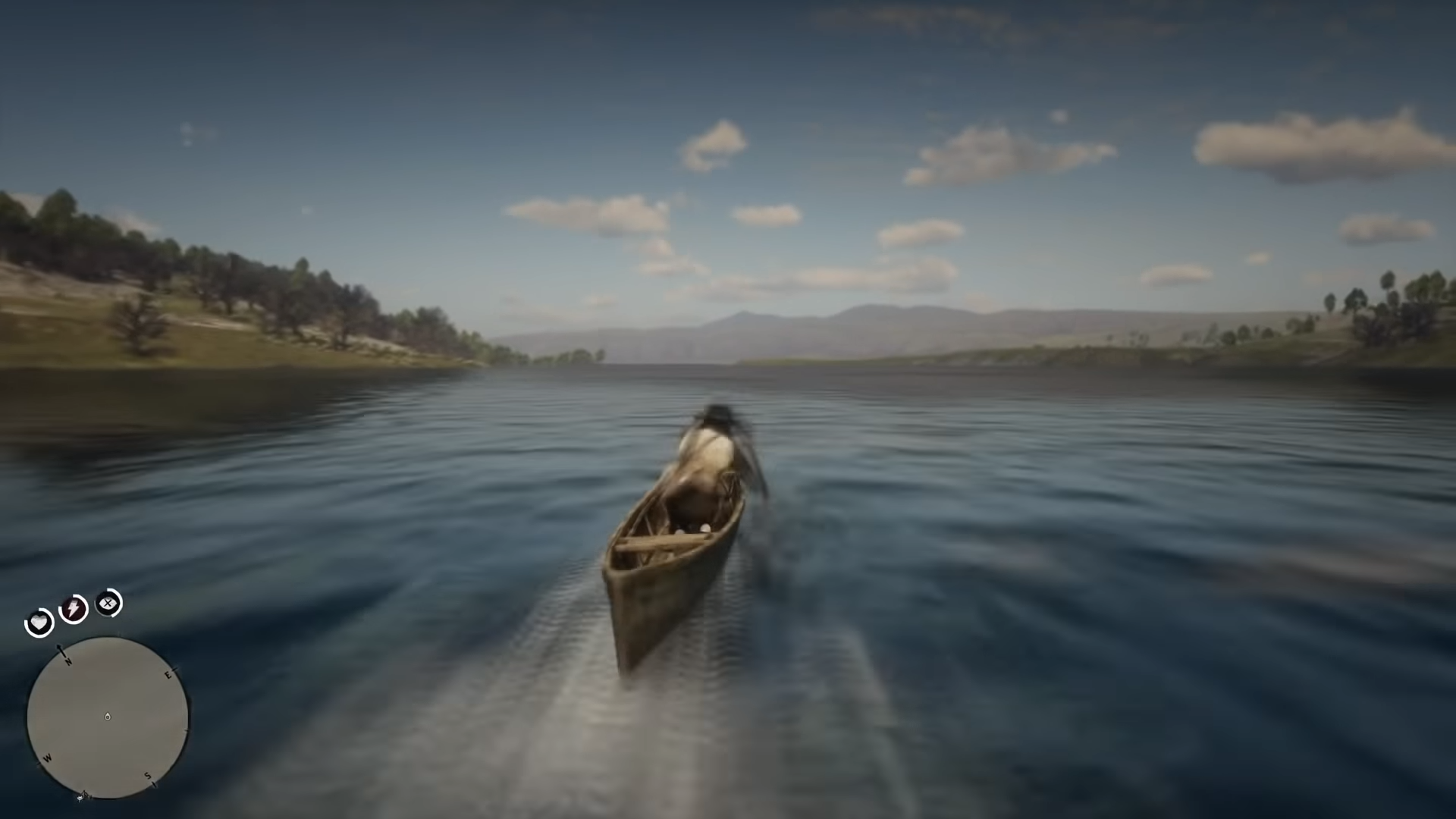 Eventually, after tapping and tapping the row button, you will break free of the map. Unfortunately, you now have even more rowing ahead of you. Once you reach a low texture land mass on the right, direct your canoe towards the shore.

Instead of getting stuck on the beach, you and your canoe will paddle through like nothing is in your way.

Once you get under the land just keep paddling south and eventually you will reach the coastline of Guarma. Enjoy your tropical vacation, you’ve certainly earned it after all that damn paddling.

This isn’t the only way to get to Guarma. Other players have used various different methods to reach the island, including falling through an opening in the game world.