dlcghost survivorsplaystation 4resident evil 2resident evil 2 remakexbox one
To sign up for our daily newsletter covering the latest news, features and reviews, head HERE. For a running feed of all our stories, follow us on Twitter HERE. Or you can bookmark the Kotaku Australia homepage to visit whenever you need a news fix.

Resident Evil 2’s reimagining of the 1998 original leaned heavily into action, with revamped camerawork and gunplay. Its first batch of DLC, Ghost Survivors, focuses on untold stories and “what if” scenarios, and emphasises intense zombie gauntlets over raw horror.

Each of their scenarios acts as a hypothetical. What would have happened if Katherine escaped from the clutches of evil police chief Brian Irons? What if there was another special forces soldier sent to retrieve virus samples?

These scenarios are imagined as high octane time-attacks, pitting each survivor against a slew of enemies. The challenge is simple: Get from point A to B. Ghost Survivors’ scenarios aren’t slow and tense survival-horror; they are fast-paced rushes through dense hordes and new foes.

Each mission takes around 10 minutes to complete if you don’t die, but around 20 minutes the first time with trial and error. You start armed with a few weapons and some ammo, but only enough to get you started.

As you progress through each location, you’ll find item dispensers that might contain three different herbs (although you can only take one) as well as backpack-wearing zombies that carry extra supplies. The trick with Ghost Survivors is learning how to preserve what you have and knowing exactly what to take.

It plays out with some trial and error. You’ll rush a little further into a scenario, reach a stumbling point, possibly die, and then try again from the start. Each new piece of knowledge gets you further and further until you can complete the level in one miraculous rush.

Resident Evil 2’s changes to combat thrive here, forcing players to shoot specific foes out of a pack or find ways to get around massive throngs. You can’t kill everything. Instead, you’ll juke out attacks and blow off limbs to squeeze through by the skin of your teeth.

It worked well as the format for the game’s “Fourth Survivor mode” and continues to work here. Each new success feels well earned. 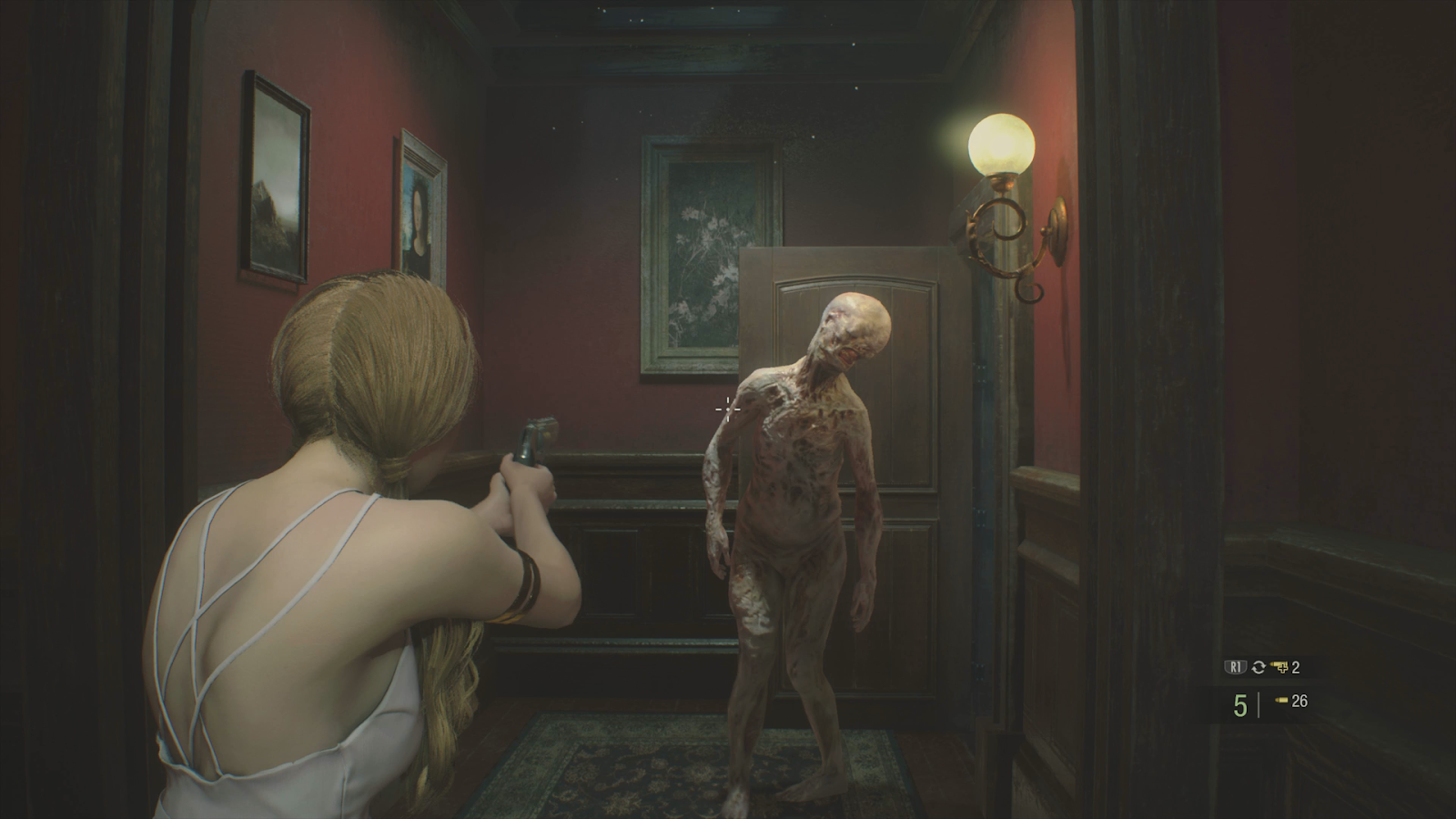 In order to vary each scenario, Ghost Survivors adds a few new enemies. There are glowing-eyed zombies that explode with poison gas upon defeat, armoured zombies that shirk off attacks to critical areas, and strange “Pale Heads” that regenerate from everything but the most lethal of weaponry.

They provide just enough complication to cause problems, but I might have liked more enemy variety in this case. The original Resident Evil 2 features giant spiders and a few other nasty tricks that didn’t make it into the remake, and this would have been a good opportunity to bring them back.

Ghost Survivors is a very straightforward experience. There are zombies, you have some guns, now get to the end of the level. Resident Evil 2’s modernisations allow it to turn this simple concept into something bloody and exciting.

It isn’t as sublime as sneaking around and hiding from Mr X in the main game, but Ghost Survivors can be a lot of fun. It’s a case of a game knowing what it does well and really playing around. Hardcore enthusiasts will enjoy trying to get the best times, while players eager for more zombie-blasting get to enjoy some of the best in the business.