Samsung’s upcoming Galaxy Fold flexible smartphone-slash-tablet isn’t without tradeoffs. For one, it might be way thicker when folded than virtually any other modern smartphone — potentially as thick as a Nintendo Switch — while the way it folds is pretty awkward.

And like its competitor the Huawei Mate X, it has a big old crease running right through the middle of its foldable display.

Samsung Unpacked has finally happened. No more rumours. No more speculation. </p><p>Over the past six months the Galaxy S10 arguably became the most leaked flagship phone ever. It made the Pixel 3 details look airtight.</p><p>But it is now officially out in the ethos, and we're to deliver all the details - including when it will land in Australia and exactly how much it's going to cost you.

At the Mobile World Congress 2019 in Barcelona, reporters weren’t given hands-on access to the Galaxy Fold on display. Instead, Samsung opted to showcase the device in a reflective case that, intentional or not, made it as hard to observe the crease as possible. 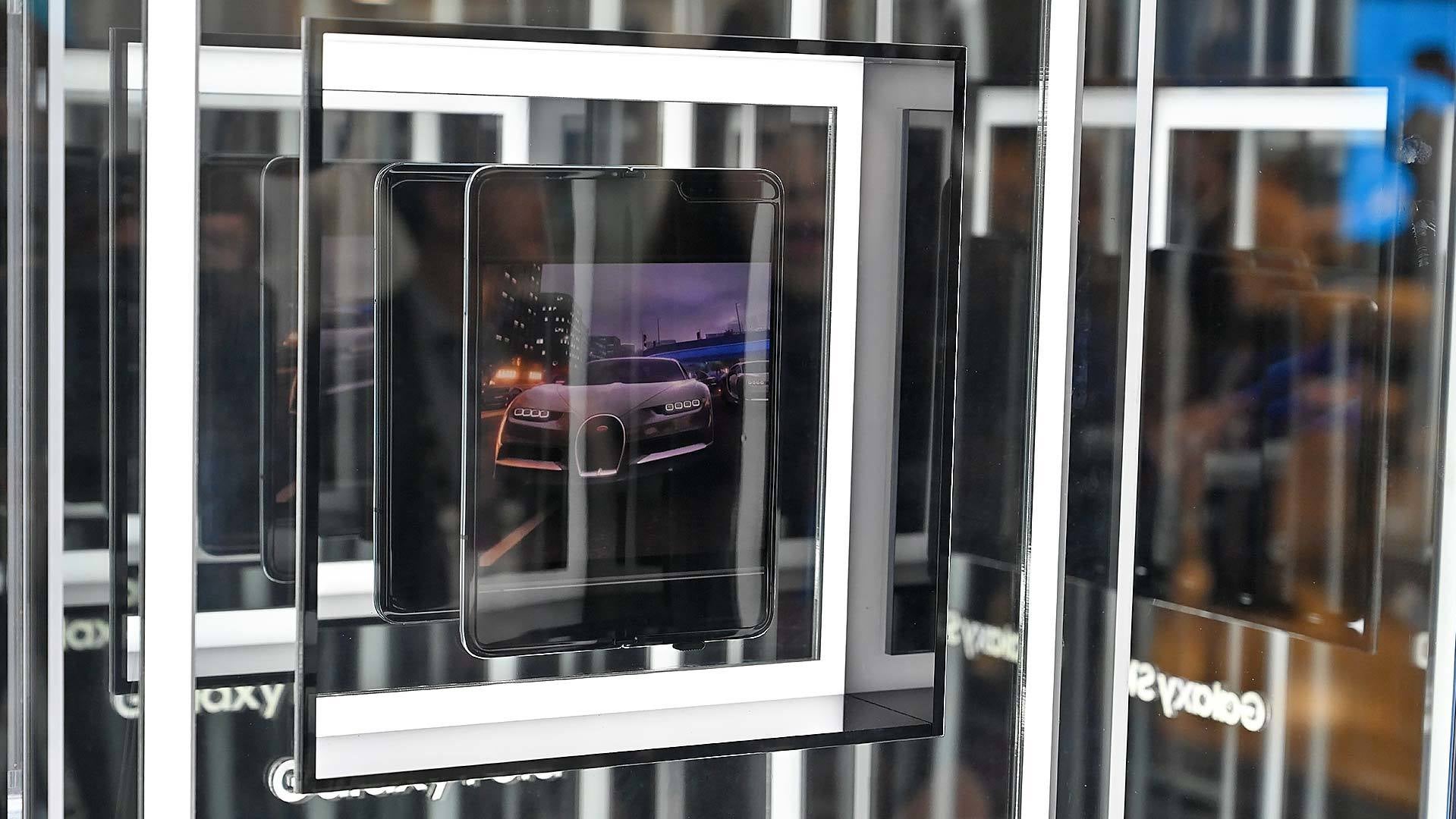 If it’s a bit difficult to observe from the photos above — Gizmodo’s Sam Rutherford described the showcase as “bascially impossible” to take a good shot of “unless its from dead on” — additional photos from other angles uploaded by Phone Scoop editor-in-chief Rich Brome to Twitter make it clearer. This is a big crease!

In a promotional image distributed by Samsung, no crease is visible — something more than a little reminiscent of that time Apple tried to hide the notch on its new line of iPhone X-based phones with conveniently obscuring wallpapers. In fact, Samsung appears to have chosen an illustration of a butterfly’s wings specifically arranged to avoid crossing the creased part of the device. 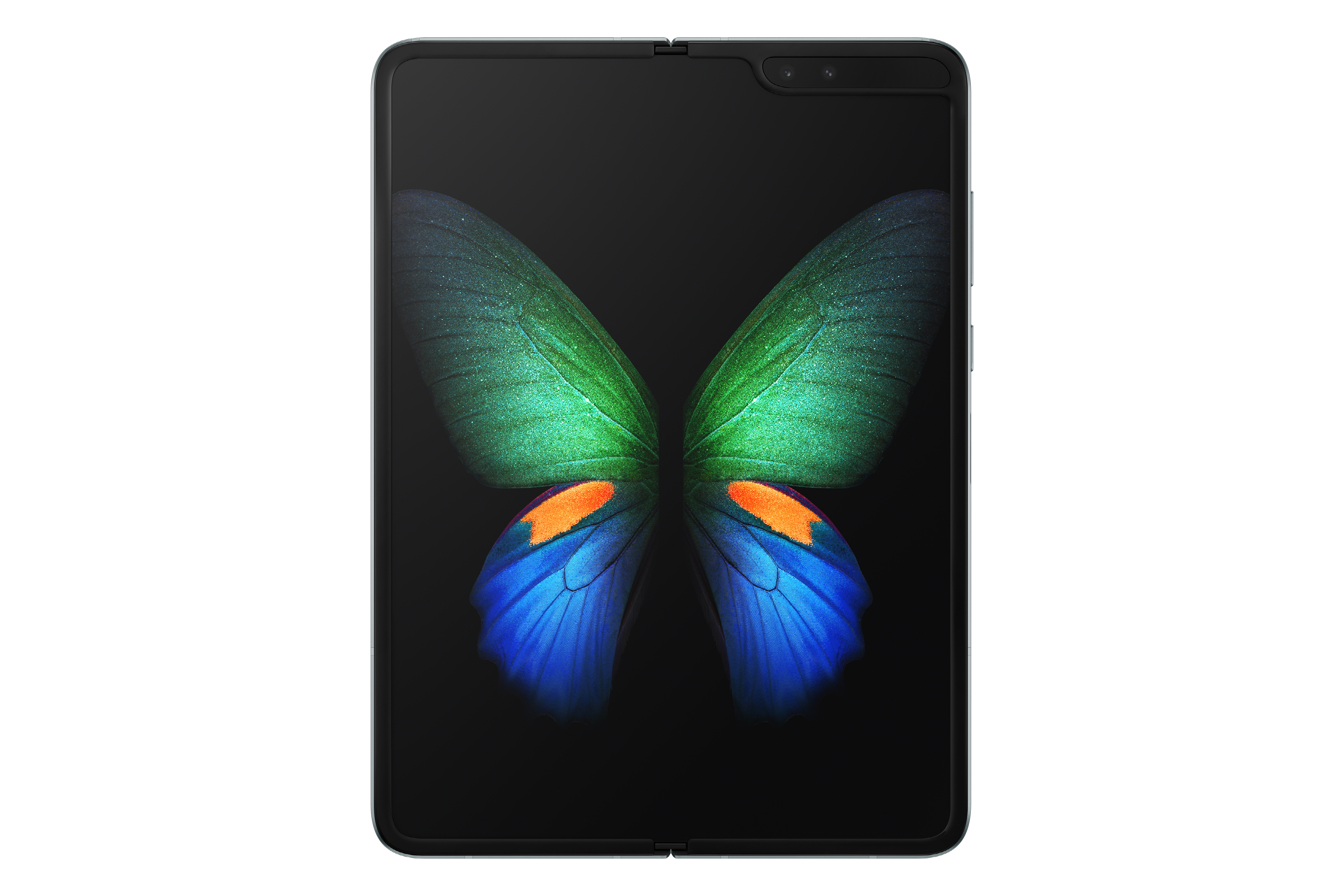 It’s clear that Samsung doesn’t want people obsessing over the furrow in the middle of the Galaxy Fold, which could give potential customers the impression that it will display a distorted picture. However, the Fold seen by Gizmodo at MWC 2019 looked perfectly fine when viewed directly — it’s only from acute angles (or perhaps when the light catches it) that the crease becomes obvious.

Samsung’s Galaxy Fold, fully unfolded, has a visible crease in the middle if you look at it from a certain angle. #mwc19 pic.twitter.com/svRELNP6Y9

In any case, it’s clear that a truly seamless foldable phone isn’t in the cards anytime soon. That’s to be expected, because the likeliest audience for these extremely expensive devices isn’t the mass market. It’s developers and niche consumers who really, really want a foldable device this year and aren’t likely to be put off by the expense or the pitfalls of early adoption.

Choosing a new phone plan can be a pain in the butt, even when you know exactly which model you're after. Nobody wants to go to every telco site and open 400 tabs for the sake of comparisons.</p><p>That's why we've pulled together the best Samsung Galaxy S10 plans that were announced today. You're welcome.

Still, please be aware that Samsung’s large, foldable son has a crease before shelling out an exorbitant amount of money.