Saving The World Is A Job, Not A Calling, In This Week’s Best New Comics

caspar wijngaardcomicscurt piresdark horse comicsdynamitekieron gillenmary safropeter cannon thunderboltstefano simeonethe pull listwyrd
To sign up for our daily newsletter covering the latest news, features and reviews, head HERE. For a running feed of all our stories, follow us on Twitter HERE. Or you can bookmark the Kotaku Australia homepage to visit whenever you need a news fix.

You have to be a truly special kind of person to live your life fully as a superhero. Not just the whole business of having a secret identity, but to really be a superhero from top to bottom in an existential sense. You have to find deep, meaningful fulfillment in being of service to others, regardless of the task at hand.

That kind of selflessness is rare, and something that neither of the heroes of this week’s best new comics have in any great quantity. To them, saving the world isn’t something one does because it’s a “good” thing to do — they do it because they must, and, ideally, are going to be paid in the process. 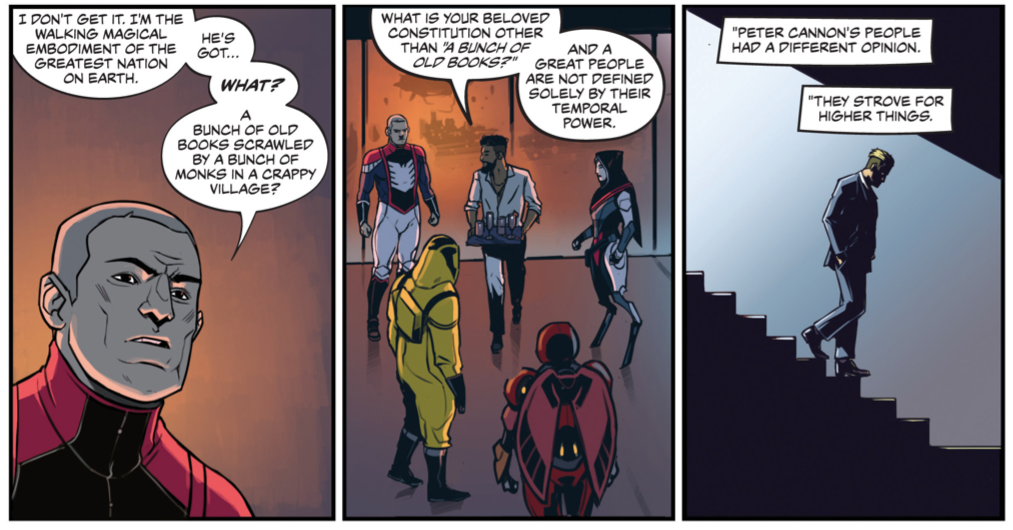 The way Peter Cannon steps onto the scene in Dynamite’s new Peter Cannon: Thunderbolt, from writer Kieron Gillen and artists Caspar Wijngaard and Mary Safro, you’re immediately meant to stop and try to remember just what you know about the character and his comics history.

Cannon isn’t a new character, but he’s one whose origins and subsequent adventures (including a brief bid for a spot on the Justice League in the ’90s) often go forgotten because of how he became the inspiration for another peak human wunderkind hero.

In many ways, this new series is meant to be a fresh start for Peter. All of the elements of his classic stories are there — his genius-level intellect, and his trusted friend Nabu — but it also introduces the larger world that Peter exists in and how his position within it makes him a complicated person.

Unlike other Chosen White Guy™ superheroes who gain their abilities by travelling to far-off lands, doing a bit of cultural tourism, and perhaps slaying a dragon, Peter’s aware of the kind of privilege that he’s been fated with, and it makes him somewhat resentful of society.

If humanity can’t be bothered to save itself from itself, Peter wonders, why should he bother if there’s no means of ensuring lasting peace and progress?

The series’ opener does a solid job of sussing out what it is about Peter that makes him as difficult as he is interesting, and it’ll be fun to see where this latest arc is going to take him. (Kieron Gillen, Caspar Wijngaard, Mary Safro, Dynamite) 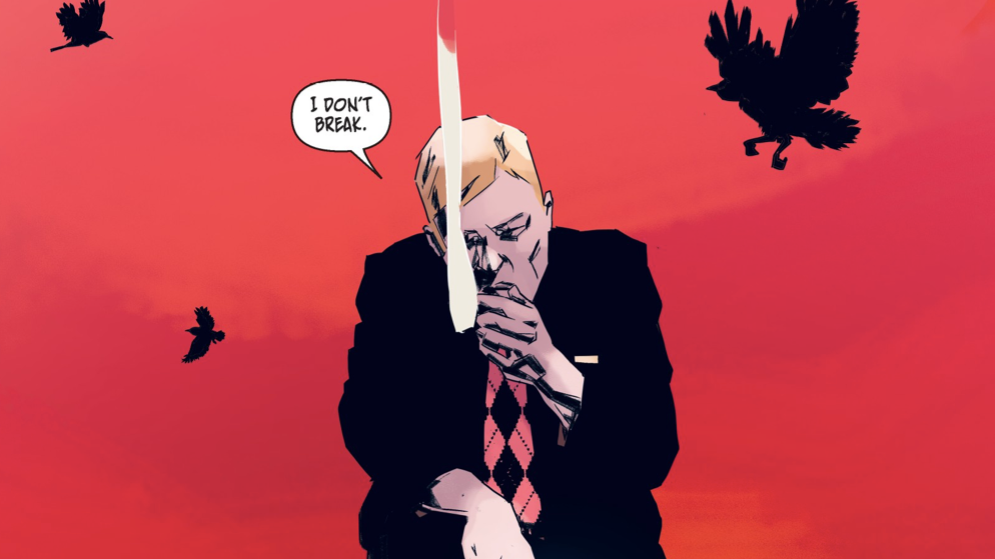 Compared to the rest of Wyrd’s large cast of characters, who are all in constant contact with the world around them, the book’s titular hero comes across as being largely disconnected from everything. Unlike most other special operatives, Piotr Wyrd cannot die, and like most nigh-immortal beings, Wyrd has a difficult time really caring for the world any more.

When he isn’t drinking or smoking or jumping from buildings into traffic to see if today’s the day, he’s off on assignment dealing with sticky situations that normal agents can’t handle and the government would rather keep quiet.

There are undeniable whiffs of other hard-drinking, swearing comics detective types all throughout this first issue. But when the book pivots to a story about a disillusioned Captain America lookalike, you get the sense that Wyrd might be purposefully aping comics archetypes (such as immortals) in order to tell a story about the deeper horrors that are part of those stories. (Curt Pires, Antonio Fuso, Stefano Simeone, Dark Horse Comics)