If you watched Star Wars Resistance last night, you may have been a little letdown. Not because the episode was bad or anything. Actually, it was pretty solid. It just so happens that many of us probably saw the final scene of the episode before the episode aired. A final scene that has a potentially vital piece of information in it.

How did that happen? Well, Disney always releases a clip to help promote the upcoming episode of Resistance but, most of the time, that clip is from the beginning of the episode. This time though it was literally the final scene.

So I spent the whole time watching the episode, called “The New Trooper,” expecting some connection to the clip I saw, only to realise the whole episode was actually setting up the clip. The clip was the payoff. I’d been spoiled. Here’s the clip.

That’s the last minute and a half of the episode. No need to watch the rest of it if you are just looking for mystery and intrigue. Everything is spelled out right there. We finally have an idea why the First Order is so obsessed with the Colossus. They need it as a supply line to fuel their ships for an upcoming war.

And that’s where things get interesting. What war?

Though we now take that clip at face value, it’s entirely possible the next few episodes of Resistance will prove Yeager and Kaz to be wrong. Maybe a war is not why the First Order wants the Colossus.

But, assuming it is, you have to wonder when, or if, this war the First Order is preparing for will take place. It’s possible, however unlikely, that what they’re preparing for may not have happened yet in the movie timeline.

The Resistance will then destroy Starkiller Base, get chased back to D’Qar, evacuate, and then lead the First Order to Crait for another showdown. That’s a few battles but not a war that would need a full platform to refuel a whole fleet of ships. The whole thing takes place over a few days. 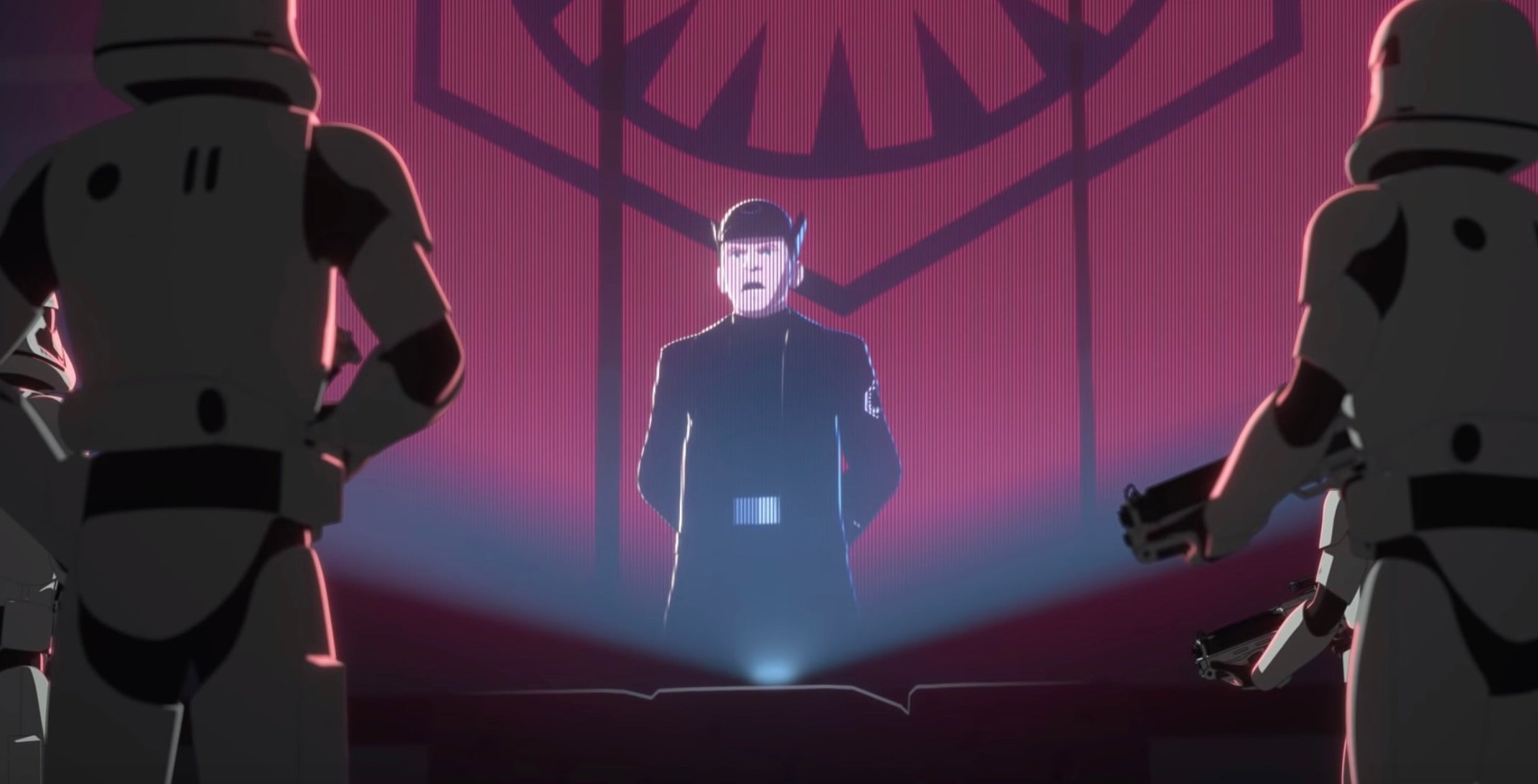 Stormtroopers on the Colossus watching General Hux’s speech from The Force Awakens. NOTE: This is from a future episode, not The New Trooper. We pulled it from the trailer. (Image: Lucasfilm)

So does this war somehow happen tangentially to the events in the movies? Does the war take place between The Last Jedi and Episode IX? Or—and this is a stretch, trust me I know—is the war part of Episode IX? It’s highly unlikely but not totally out of the realm of possibility, right?

Here’s the most likely scenario though. The First Order is simply over-preparing. They don’t know how easily the New Republic will fall, nor do they know how hard the Resistance will fight.

All they know is they are ready to get this party started with one Starkilling shot and they need to be well-prepared for the repercussions.

Plus, again, this is all pre-The Force Awakens. Supreme Leader Snoke doesn’t know about Rey yet. He doesn’t know the whereabouts of Luke Skywalker. Plus, once he’s killed and Kylo Ren takes over, it’s likely Ren changes the direction the First Order takes entirely. So while, yes, this talk of war may become significant, it’s much more likely just a wrinkle that’ll quickly get ironed out.

Wait. We were talking about Resistance, right? 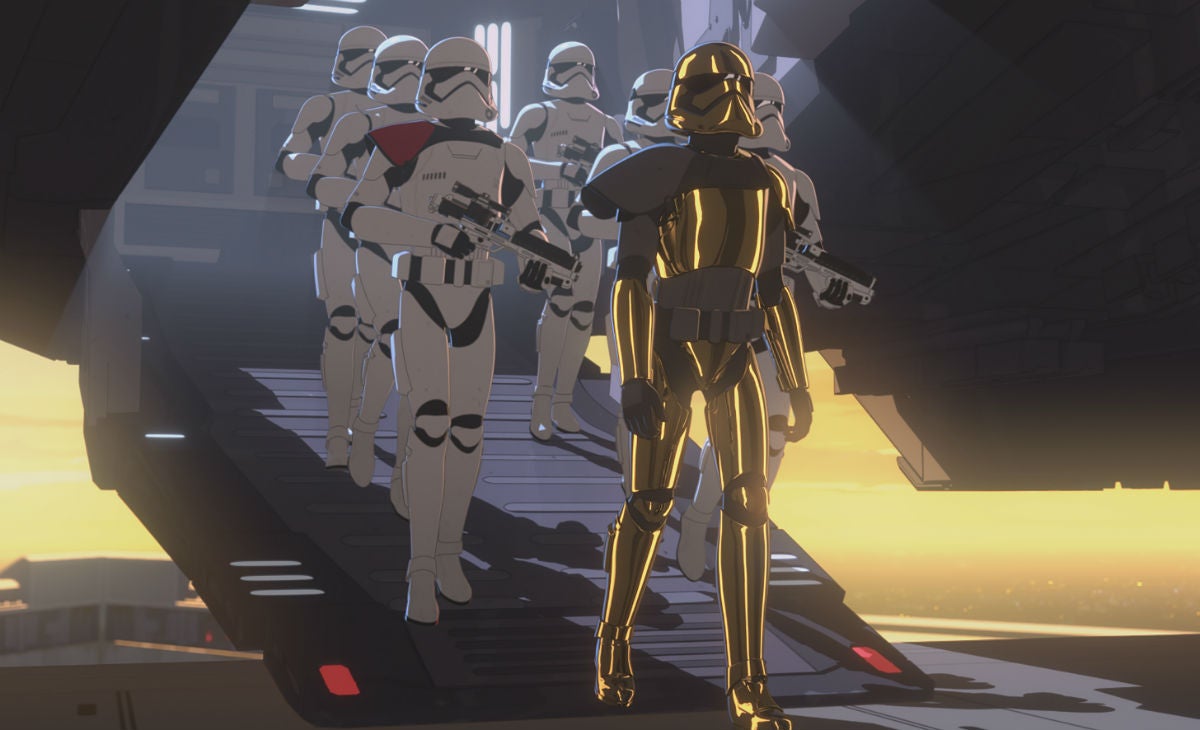 Anyway, yes, Resistance. It kind of sucked watching the new episode knowing how it was going to end before seeing how it got there. Especially since “The New Trooper” was kind of a Weekend at Bernie’s inspired riff on A New Hope as Kel and Eila knocked out a First Order Stormtrooper, recruited Neeku and Tam to carry him around unconscious, and then Kaz puts on his armour to infiltrate the other stormtroopers. It’s a fun conceit that played out with some solid moments where it seems like Kaz could get found out.

Of course, he didn’t, and he even learned that the First Order is sending more troops to the Colossus and those troopers aren’t going to be friendly.

After all, they’re preparing for a star war.