The Best And Worst Hairstyles From The Resident Evil Franchise

The Resident Evil series is filled with zombies and monsters, but it also contains some awful and amazing haircuts. Some of these haircuts are styles I would try or wish I could try. Other hairstyles featured in the series are terrible or bad ideas for folks who need to shoot and move around a lot. 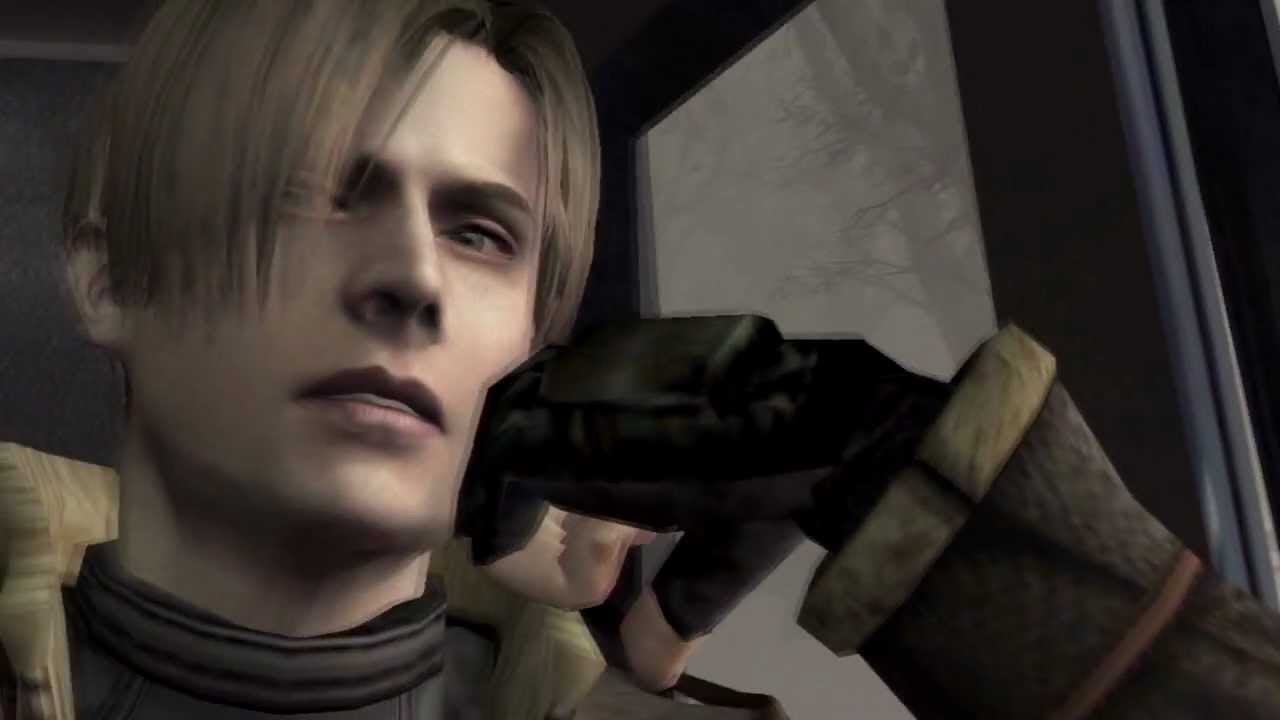 Let’s just get this one out of the way. If you’ve played Resident Evil games, you probably knew Leon’s lovely hair was going to appear on this list. I can’t deny that I’ve thought about buying that jacket and growing my hair out like this. Though I don’t think I’ll ever look this good.

Over the years Leon has modified his haircut a bit, sometimes it’s longer or sometimes the colour is different. Yet through all the changes it always look great, though I prefer his RE4 hair over all his other styles. Jessica always looks fashionable and memorable. Her outfits and hairstyles are some of the most stylish the series has ever seen. Not all of her outfits make practical sense, like this one leg dive suit, but her hair is perfect. Fashionable for sure and yet, not something that will get in the way while fighting zombies. Not all RE characters understand this concept as we will see later.

Jessica is the only character in this list that appears in both the bad and good sections! She has multiple looks in the game and while these two pictured above are great, her other haircut isn’t very good. 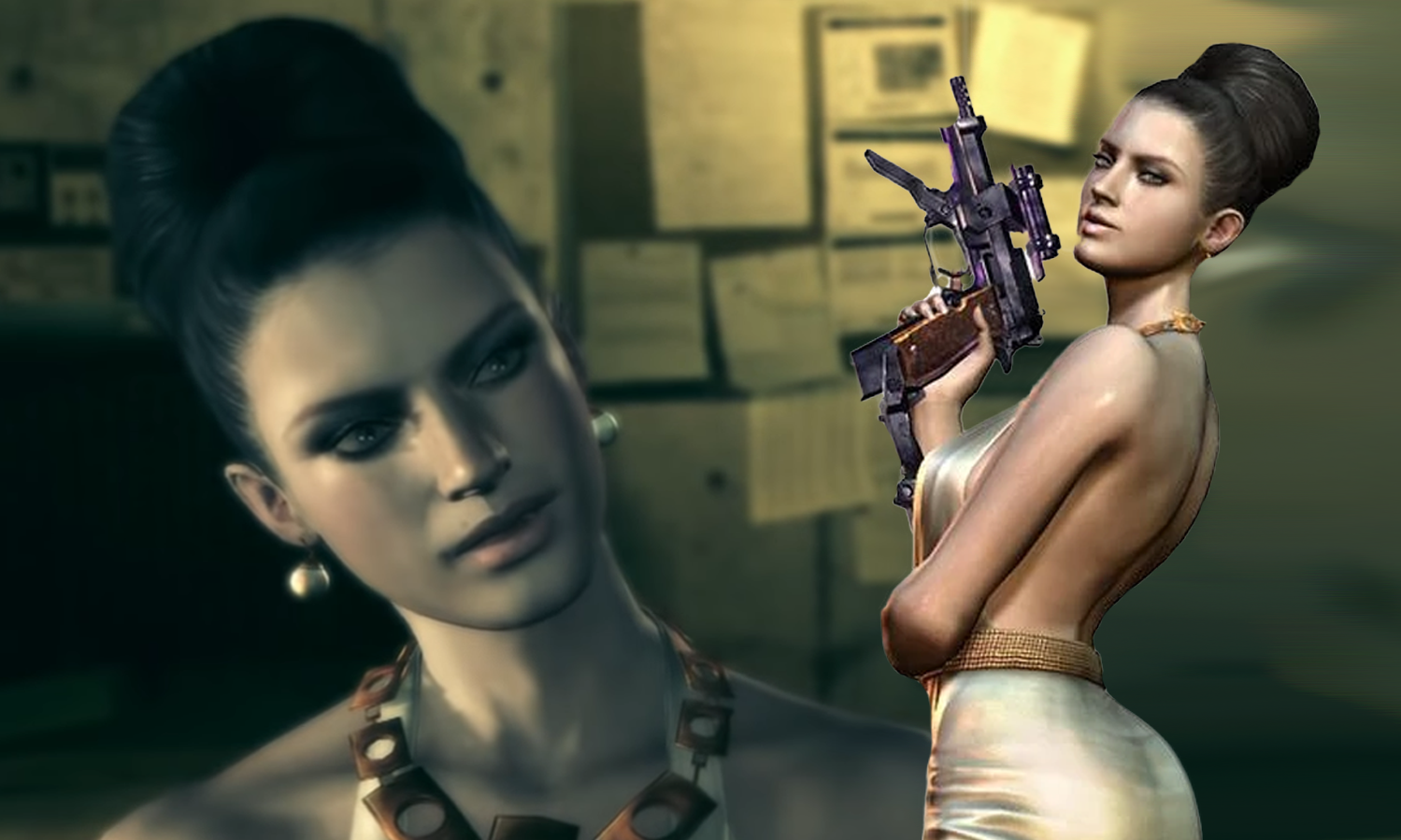 There aren’t enough folks rocking bee hive hair in video games. Sure, Excella is a villain who is doing terrible things and working with the evil company Tricell, but look at that hair. It’s so tall. I imagine a bee hive haircut is really hard to manage and you need a lot of hair. So sadly, I don’t think I could rock this cut.

Excella’s hair is actually hard to fully capture in a single image. It often gets cut off by the camera. Also, don’t type in “Excella RE5″ into Google without safe search on. That tip basically applies to all the women characters in Resident Evil. Unless you want to see a Licker sticking its tongue into multiple places a monster shouldn’t stick a tongue. You do you. 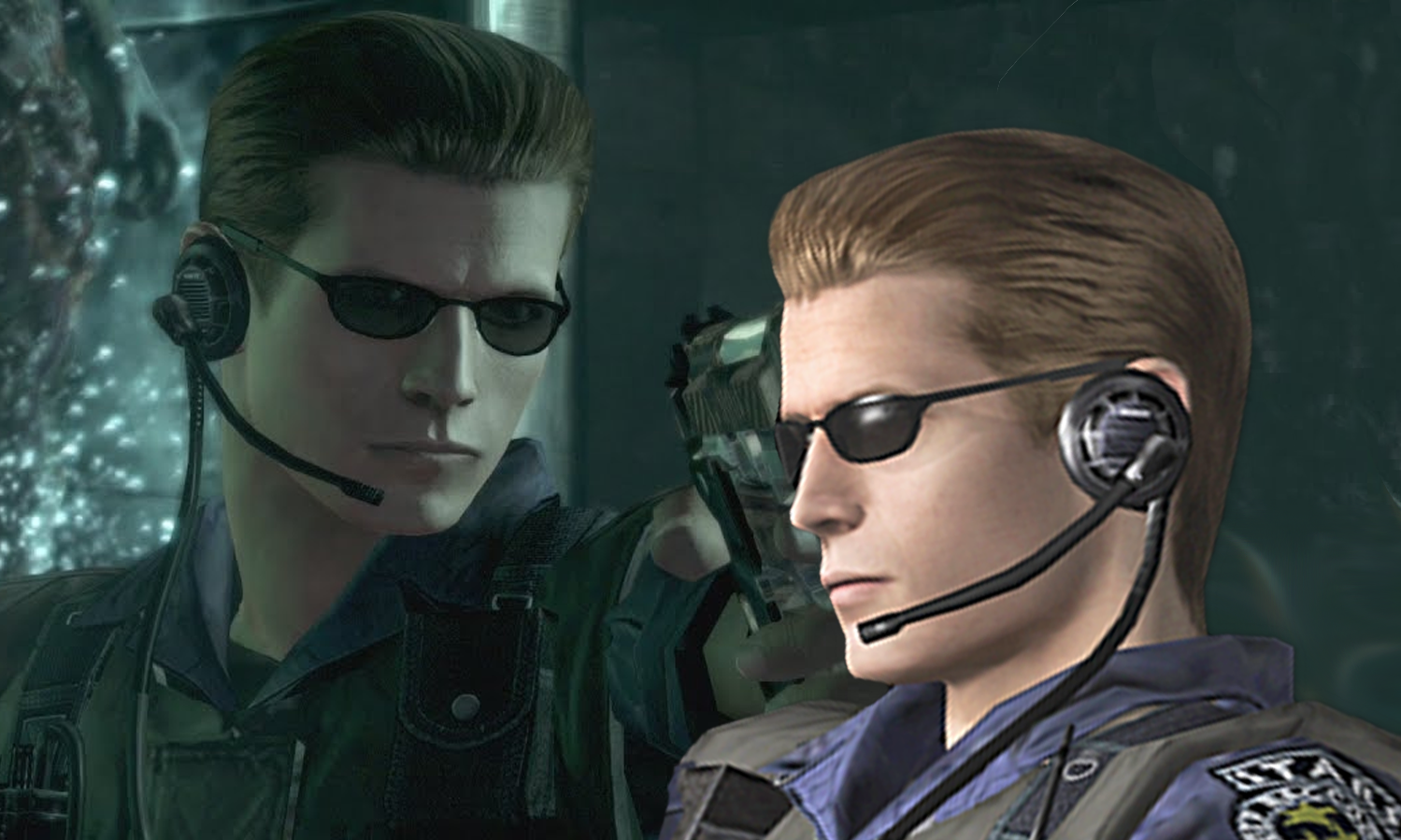 Sometimes simple is best and Wesker is a perfect example. He doesn’t care about fashion or hair trends, he is too busy being evil. He just wakes up and slathers his hair in two cans of gel, slicks it back and grabs some shades. Maybe not the most inventive or fancy look on this list, though I respect how great he looks. Doing something simple, but doing it perfectly is impressive.

While Wesker and his slicked back hair has appeared in numerous games, I always prefer the RE1 Remake take on this hairdo. There is a lot of volume in in this version of the classic look. 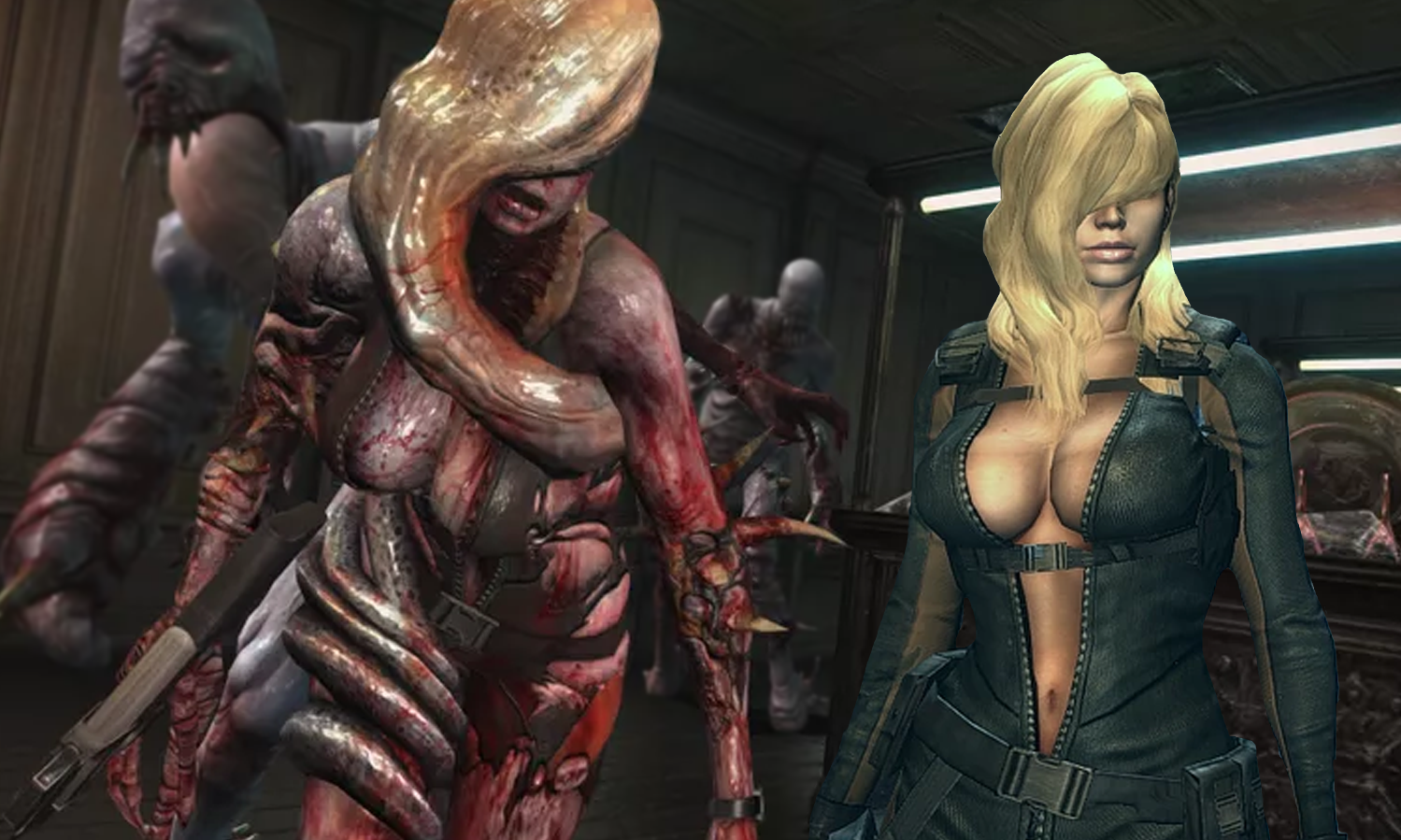 I’m all for hair styles where some hair is draped over the eyes, but there is a time and place for this kind of look. Hanging around a party – sure this is fine. Fighting zombies and other nasty creatures – maybe don’t do this? Rachel eventually becomes a monster herself and her hair grows into a part of her body and ends up covering more of her face.

Rachel is great example of how a great hairdo can go bad. If even one of her eyes was left exposed, I probably would have moved this to the “Best Cuts” section. Sometimes a hair cut is too dumb to be good. 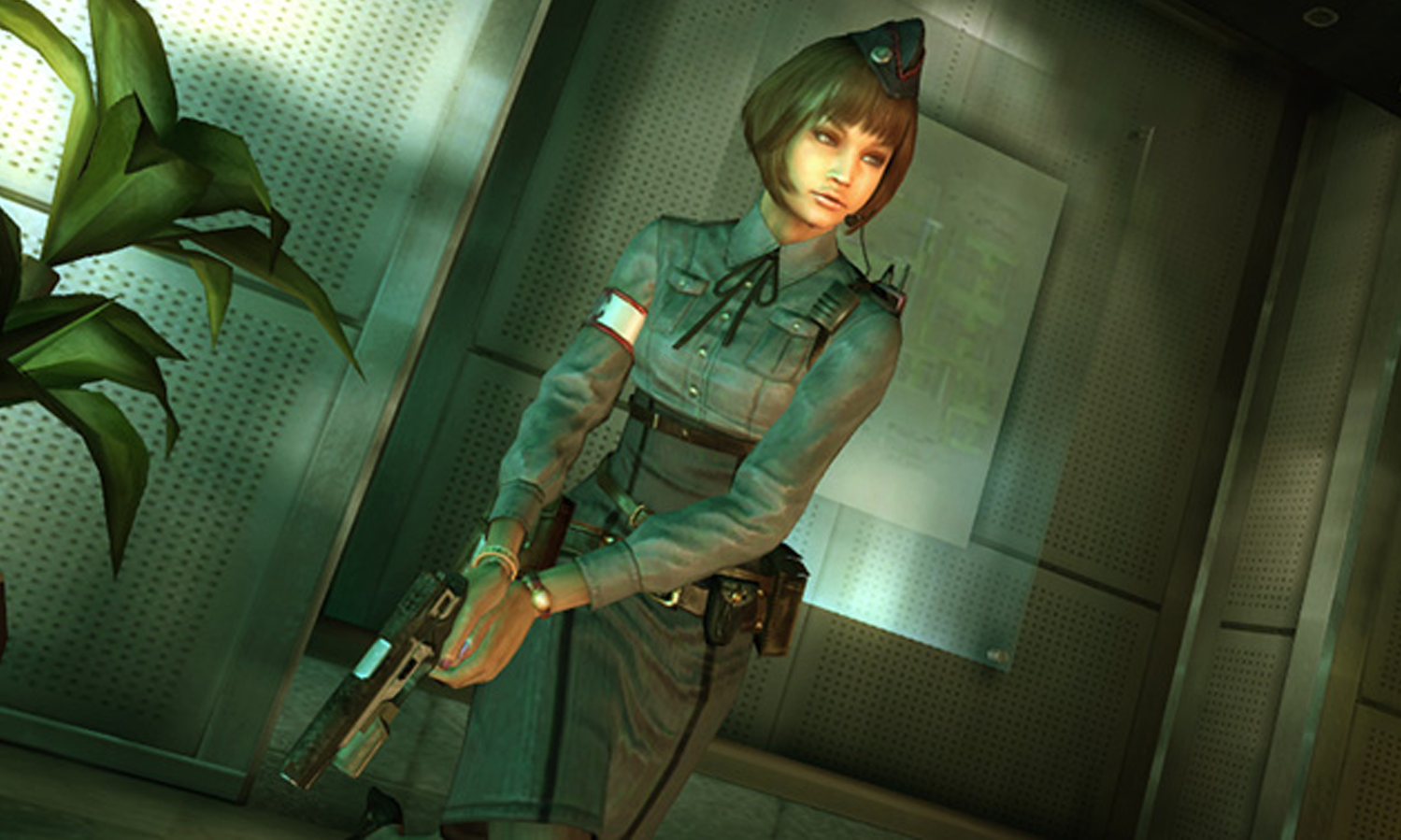 Remember those stylish looks from earlier up on the list, well this is before those fashionable styles. This is back when Jess worked as an agent for the FCB during the Terragrigia incident. What was that? A utopia ocean city was infested with monsters and blown up using a super sun laser. You know, just your an average day in Resident Evil.

I fully appreciate that some folks love this look. I found a ton of great cosplay showcasing this outfit and hairdo. So just remember that this list is solely my opinion and honestly if you disagree, you probably have more fashion sense than me. 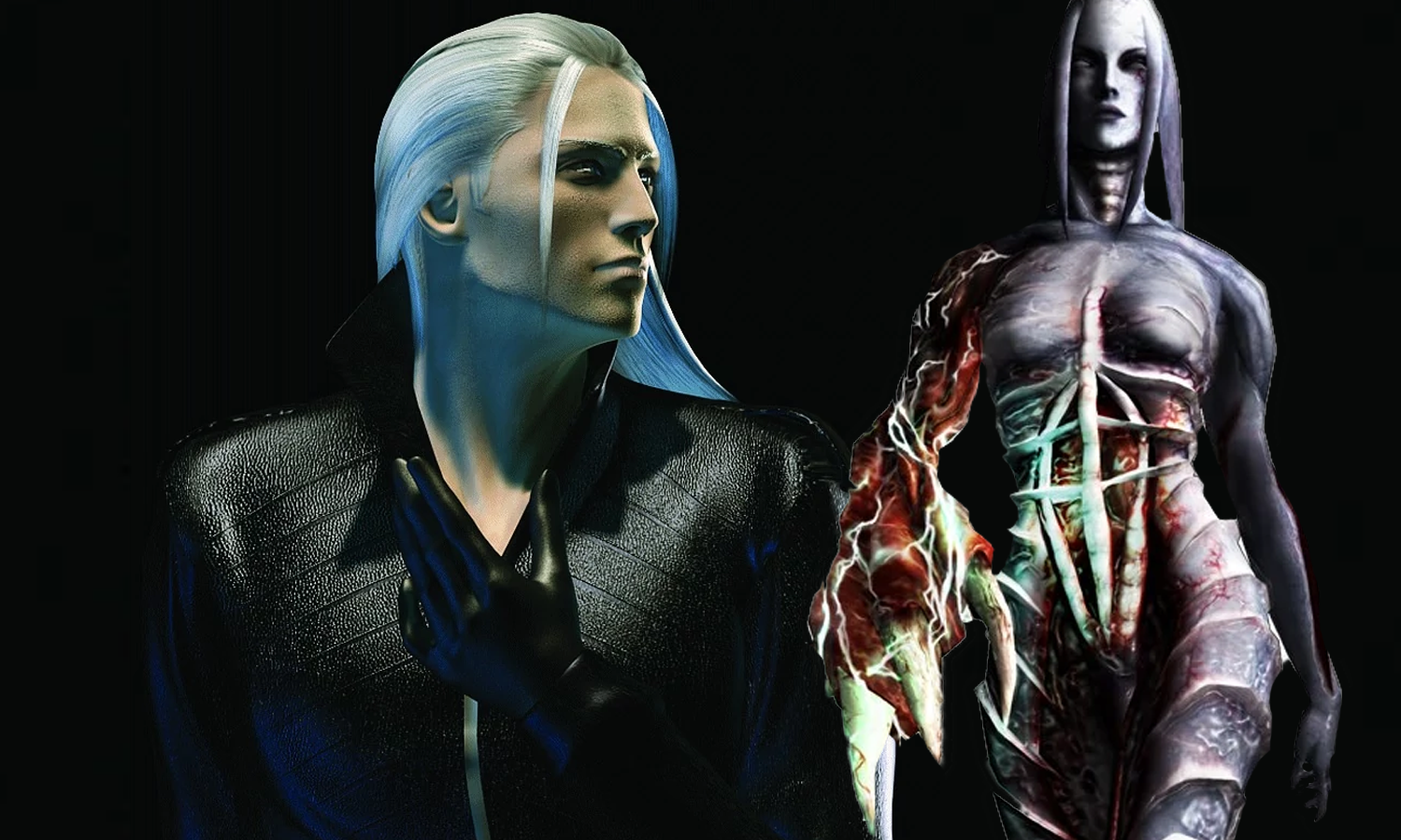 Look at this Sephiroth cosplayer. I don’t have anything against folks who cosplay. But Resident Evil villains shouldn’t look like they fell out of a Final Fantasy game. Also, I love his name. Morpheus D. Duvall is so weird and yet mundane. “Hello, I’m Mr. Duvall. I’m here to destroy the world.”

His mutated form goes in a different direction. It looks like an outfit from a Marilyn Manson video from the late 90s or early 2000s. It is scarier than his basic human form and the hair gets worse. Fleshy appendages are not an ideal replacement for hair. 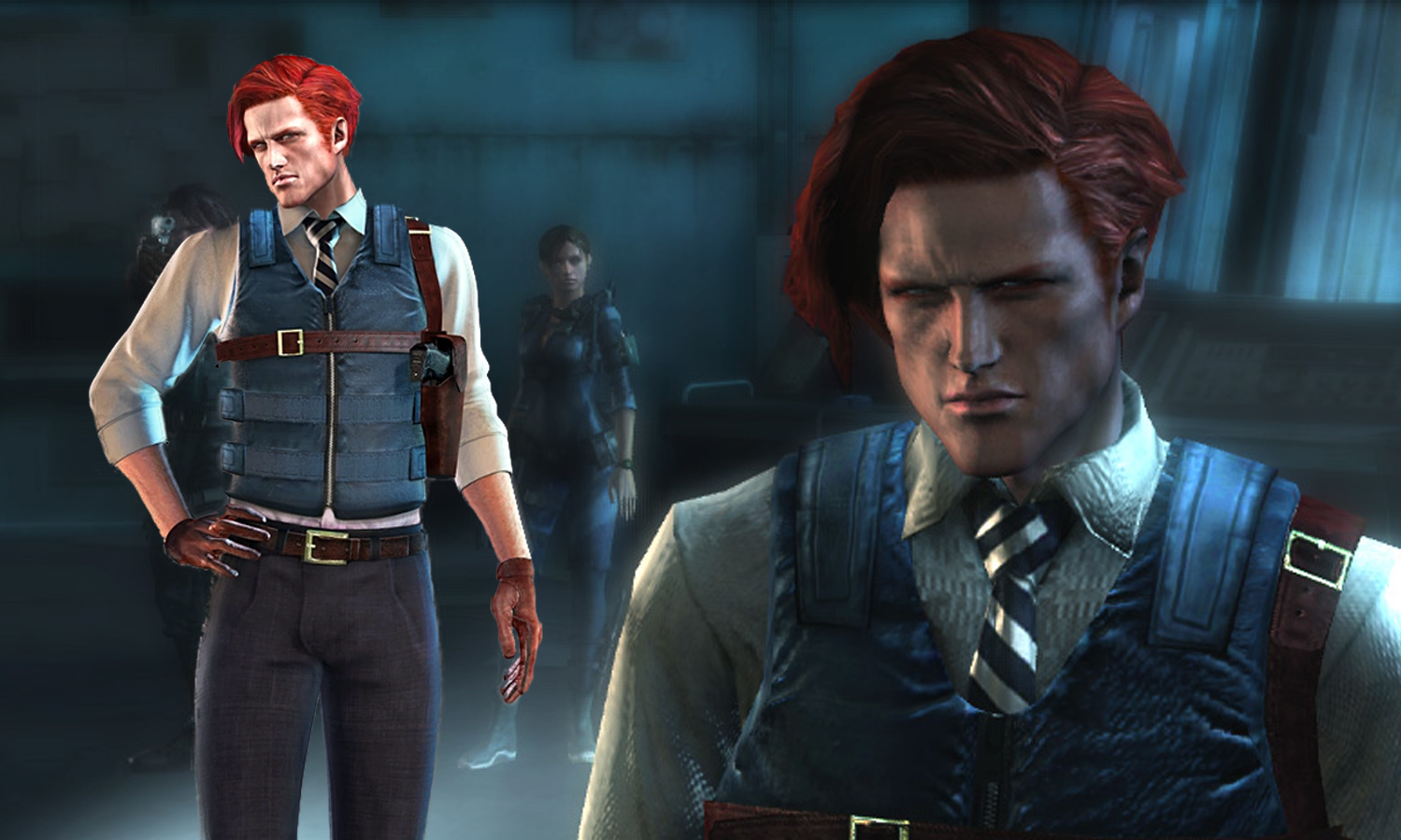 Look at that hair. The colour, the shape, the amount of it. Everything combines to create a haircut so bad that I almost wanted to call it good. Sadly, I can’t in good conscience call this hairdo great. How much time do you think Raymond spends working on this every morning?

I didn’t realise how many characters on this list were out of Revelations. I’m not sure why that game had such a high concentration of bad and good hair cuts. Maybe the smaller scale of the game and being more of a spin-off allowed them more freedom. It seems giving RE developers more freedom equals more amazing hairdos. I suggest to Capcom they quickly green light a Revelations 3. The world needs more outrageous hairdos like Raymond’s.

This is of course not a complete list of every Resident Evil hairdo. If I forgot one you loved or hated, leave it in the comments. Or maybe just share more photos of Leon’s amazing hair. I wouldn’t mind that.