The Best Noise Cancelling Headphones Are A Lot Cheaper Today

Until the latest iteration of Sony's noise cancelling headphones, there was one set of cans you were guaranteed to see at every major airport around Australia: the Bose QuietComfort 35 II. You'll still see plenty of those these days, but there's also plenty of competition from Sony's WH-1000XM3's.

Best part for you? Both headphones are fantastic, and they've both gotten a handy discount.

Update: Even better - Sony's eBay online store are selling the WH-1000XM3B headphones for $319.20 as well, provided you use the PUPGRADE checkout code before February 25. Head here for the deal.

The QuietComfort (QC) line has been Bose's best noise cancelling headphones for ages, but the QC35's also ticked every other box you could want: battery life of approximately 20 hours, the ability to pair to two devices instead of just one, supremely comfortable, they're lightweight, and the noise cancelling works. There's a reason you see them around the international and domestic terminals so often. 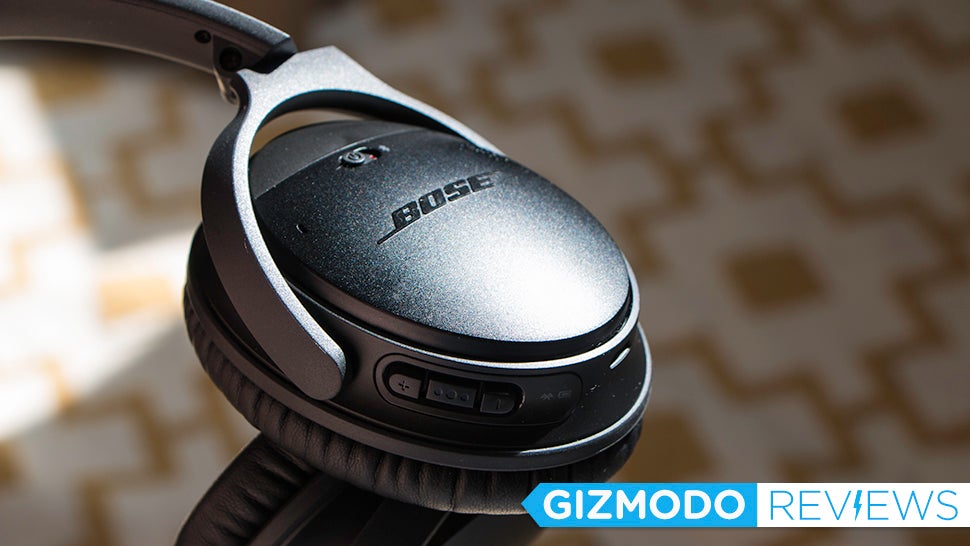 I've never loved Bose headphones. Out of the box, they always felt a bit flimsy, and on my head, the audio quality seemed subpar for the price. At least that's what I thought before I tried the new QuietComfort 35 Wireless cans. The noise cancellation is peerless, and the sound is terrific — for the most part.

When they first launched, the QC35's would set you back $499. But if you want the second QC35 series, which come with Google Assistant support and better active noise cancellation that doesn't interfere with your music, they're available from Amazon Australia now for $319.20. (Here's the silver QC35's if that's your style.)

The QC35's generally retail for around $399 these days, and most good noise cancelling headphones will set you back $400 or more. The best can set you back closer to $600, and higher if you're a true audiophile - but for most people, and most people's budgets, the QC35's are a solid pick.

The only downside is that you'll have to pay extra for a 3.5mm cable - and if you need a set of cans that come with those, the latest Sony WH-1000XM3 cans have been discounted to $350. Given that they're supremely comfortable in their own right, charge via USB-C and normally retail for $499, that's a banger of a deal as well.

I was really excited when Sony's 1000XM3 headphones showed up on my desk last year. I was a big fan of the M2s and was curious about what improvements could be made to such high quality cans, especially when the price on the previous gen were still consistently high.