dreamworks dragons dawn of new ridershow to train your dragonps4steamswitchxbox one

Movie tie-in games that pop up with little fanfare are seldom good, so I didn’t expect much from Dreamworks Dragons: Dawn of New Riders. I certainly didn’t expect a charming, puzzle-packed old school Zelda-style action role-playing game. What a pleasant surprise.

Released last week on Xbox One, Playstation 4, Switch and PC in advance of the third instalment of the How To Train Your Dragon film franchise, Dragons: Dawn of New Riders is not a video game adaptation of the film. Instead, it’s a new adventure set in the world of HTTYD, developed by Climax Studios.

Rather than taking control of one of the series’ established characters, players control a new human, the amnesiac scholar Scribbler, and a new hybrid dragon named Patch. With the aid of Hiccup, Toothless, Astrid and other champions of the Isle of Berk, Scribbler and Patch brave bandit-infested islands and puzzled-filled dungeons in order to recover the new rider’s missing memories. 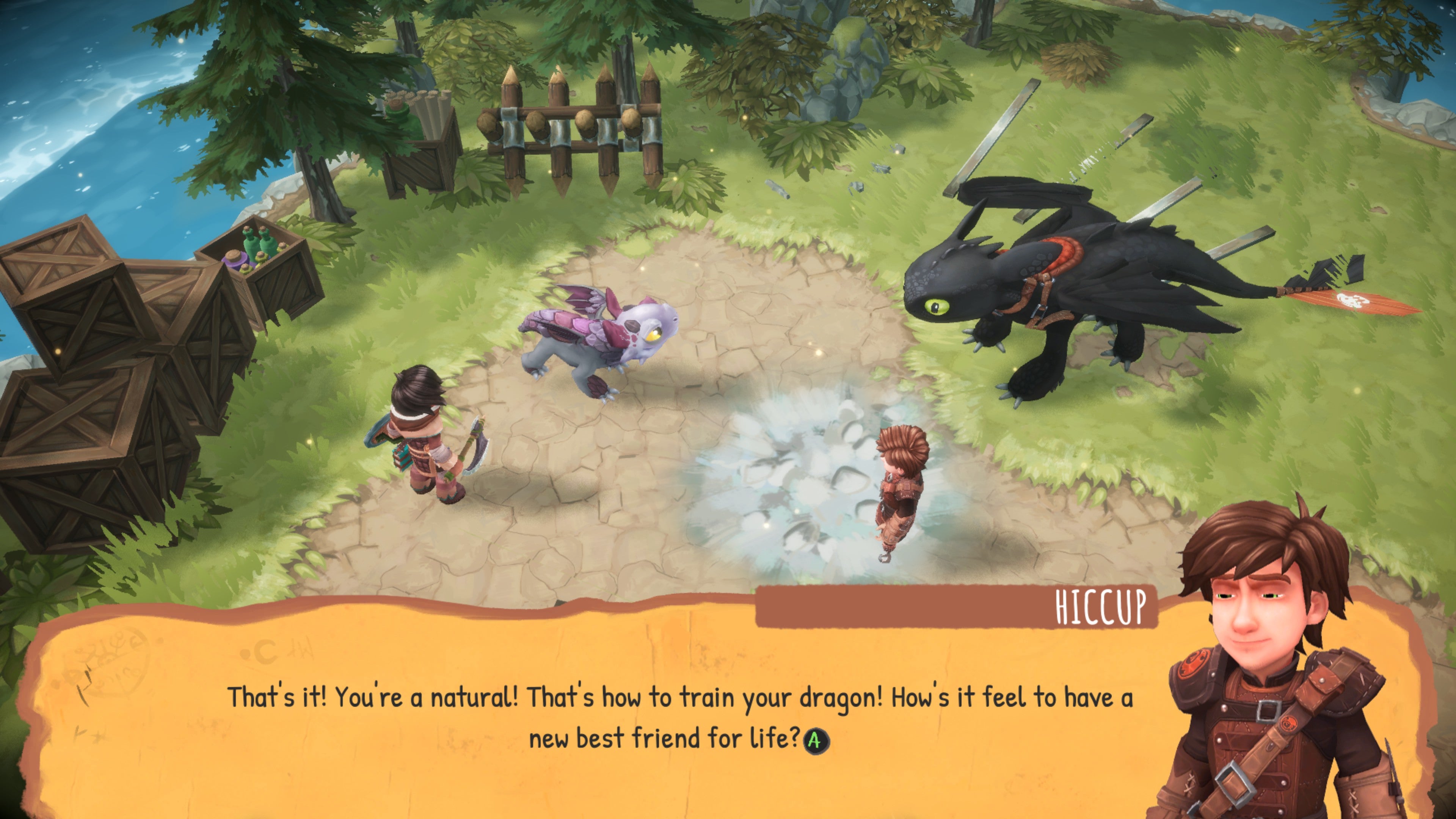 It’s not the type of game I would normally take a chance on, but I do love the movies. Also, I was stuck in the hospital following a surgical procedure and was bored out of my skull. It was play this, or fall asleep watching Netflix. I made a good choice. 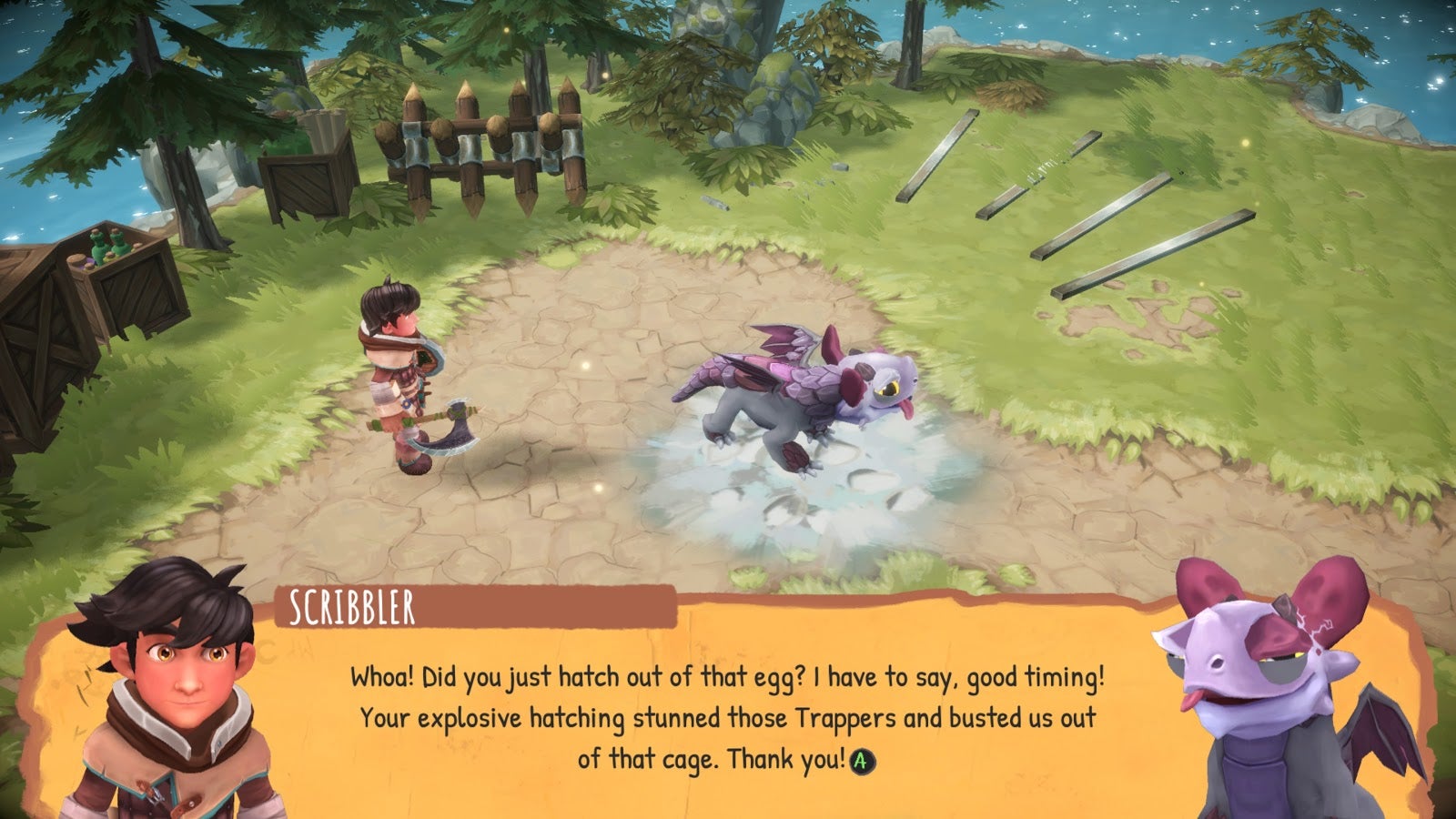 Patch is a real cutie-patootie.

Dawn of New Riders is an action role-playing game in the vein of older Zelda titles like A Link To The Past. Scribbler and Patch traverse overworld islands, facing off against trappers and other perils. Though he’s a scholar, Scribbler knows a thing or two about fighting, taking down foes with various weapons, blocking their blows with his shield or dodging and rolling out of danger.

Patch the dragon initially acts as support for Scribbler, using his frost breath to freeze enemies, making it easier for his rider to finish them off. As Patch grows and gains more powers, he becomes more useful in a fight.

Patch is mostly used as a puzzle-solving device. When Scribbler comes across an impassable body of water, players can switch to Patch and use his ice breath to make a path. 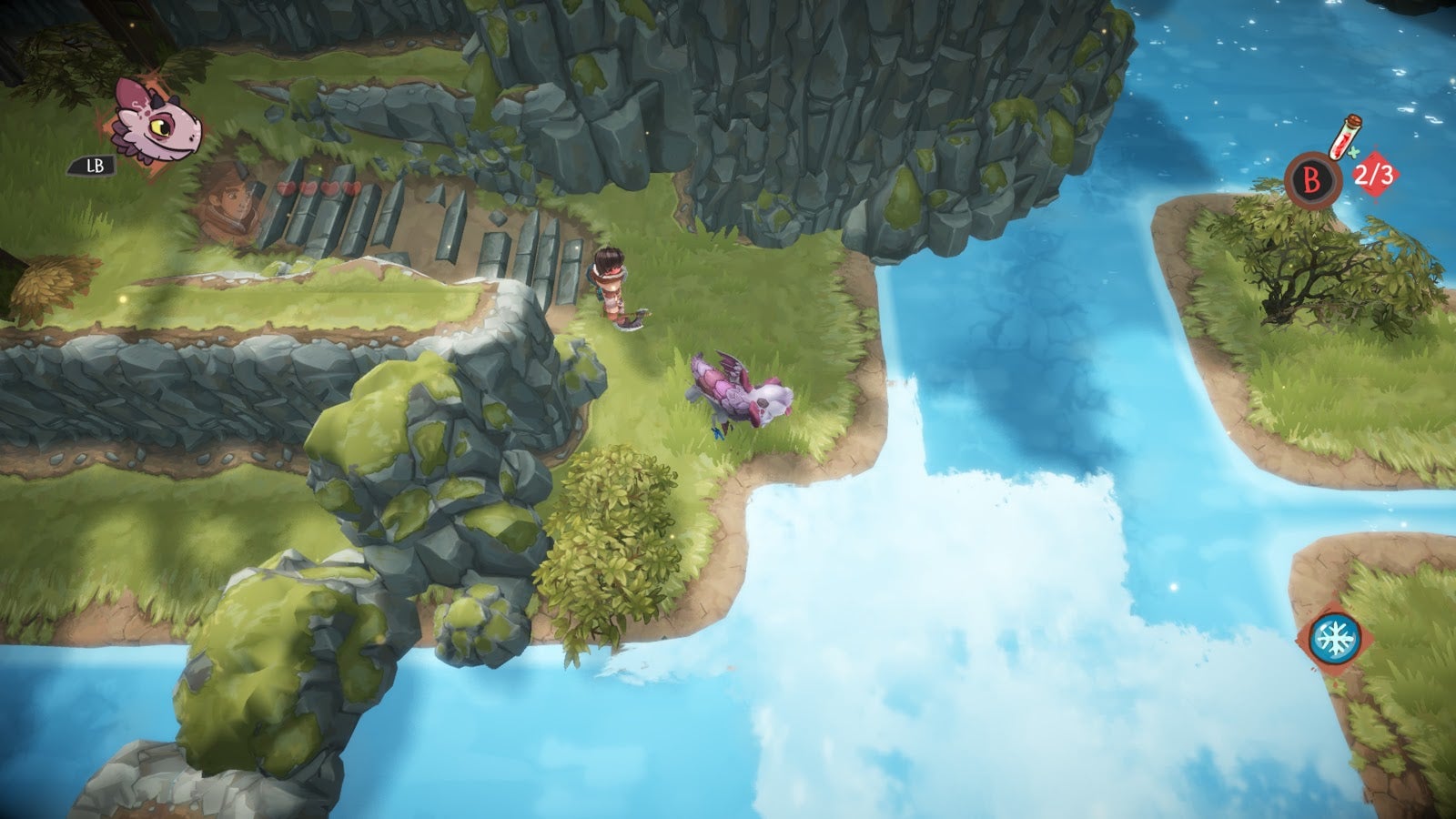 There’s a lot of common dungeoneering and exploring in Dawn of New Riders. It’s a game that doesn’t do a lot of new things, but makes great use of classic ARPG mechanics. The combat is responsive, and the puzzles are mildly challenging. There’s a crafting element to the game, with Scribbler collecting materials that can be used to brew potions or forge and upgrade weapons. The game even incorporates my favourite action RPG feature, equipment that actually shows up on the player character when equipped. 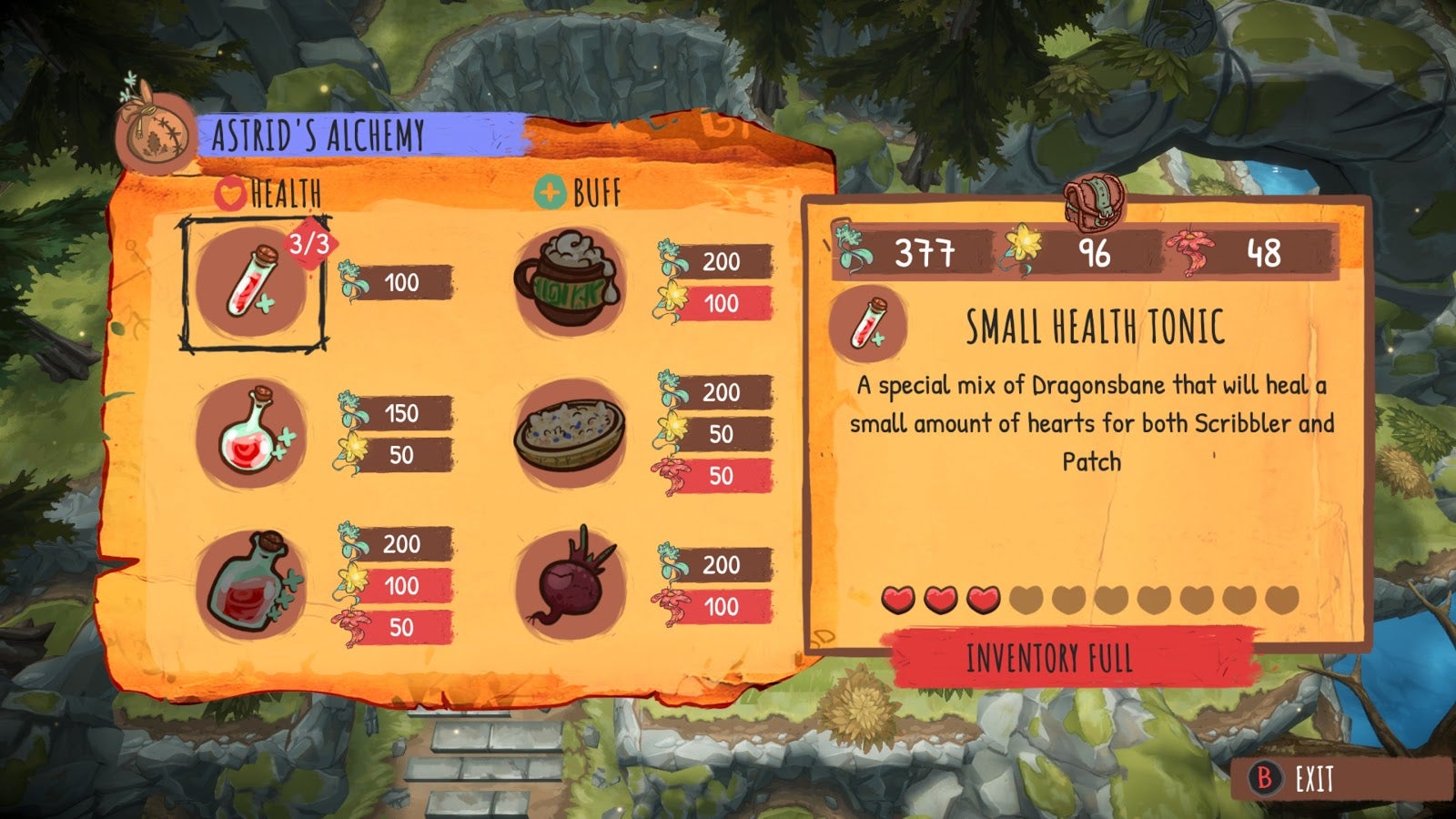 Astrid trades herbs for potions and buffs. How nice.

I wouldn’t say Dreamworks Dragons: Dawn of New Riders is an outstanding action role-playing game. It does the whole brief grunting thing rather than being fully voiced. It’s a short adventure, clocking in at six or seven hours.

And while it has dragon flight, it’s simply a method of transportation instead of a vehicle for grand air battles.

As licensed games go, especially those aimed at a younger audience, Dawn of New Riders is nevertheless much more than I expected. If you’re looking for a way to explore the world of How To Train Your Dragon following the upcoming movie, this is a heck of a fun way to do it.