What It Means When We Dream About Video Games 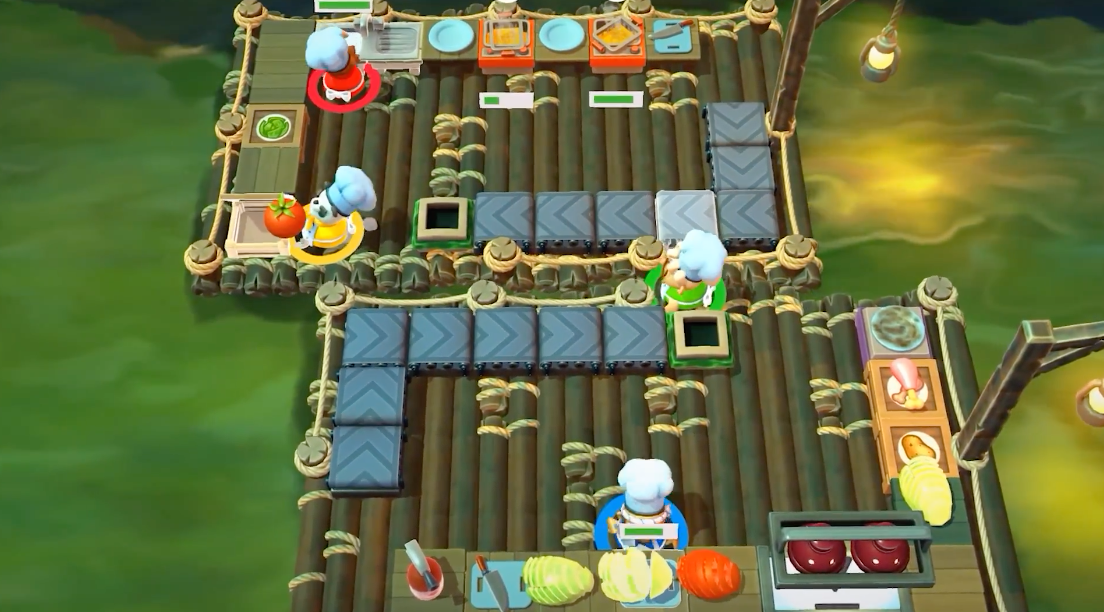 The optimal system for chopping, arranging, and serving cucumber sushi in Overcooked 2 exists only in my dreams. Lately, I’ve had those dreams a lot.

Even if I’ve only played an hour of the strategy cooking game before bed, by the time I get into REM sleep I’m frantically dumping my sous-chef’s hot rice on a plate and rolling digital maki. Sometimes, accomplishing these dream tasks is satisfying. Other times, I wake up wishing I’d just dreamed about my teeth falling out.

One morning, visions of sushi still dancing in my head, I turned to my partner, who had just woken up, and asked him if he’d ever dreamed about video games.

It turns out that, in his dreams, events in his over-cluttered Google Calendar are often mapped onto Magic: The Gathering Arena cards, which he assiduously arranges into plays. “Sometimes there are some actual Magic cards in there too,” he said, laughing.

For people who spend a lot of time plugging inputs into video games, the game doesn’t end when their head hits the pillow. The more gamers I asked, the more I learned how widespread video game dreams are. Speaking to psychologists and dream analysts, I found that this widespread phenomenon says a lot about gamers’ unconscious minds and neural wiring.

“Dreams are about integrating our conscious and unconscious lives,” said psychologist Anthony Bean over a call last week. Bean was very much in the mood to talk about the work of the early 20th century psychiatrist Carl Jung, who modernised the study of dreams and believed the same dream can mean different things for different dreamers depending on how their individual lives played out.

Dreams, Bean said, help us process what we did the previous day and what we’ll be doing the next day. If you do something for eight hours straight, like play Overcooked 2, it’s likely to be prominent enough in your mind that your brain doesn’t just forget about it when you’re asleep.

Games are especially great candidates for dream topics, Bean says, because they have a “heavy immersion quality.”

“If you see something on television and think it’s really interesting, your consciousness and unconscious are going to continue to process it and how it applies to you,” he said.

And since games are by definition interactive, they have even more immersion quality than TV. What surprised me as I spoke with people who dream about games was that their dreams often were not wish fulfillment or best-case scenarios, but instead massively stressful.

“I think I dream about these games because I don’t give myself much unwind time from playtime to sleep time,” said Andy Wright, a 34-year-old software tester, who usually dreams about XCOM 2 and PlayerUnknown’s Battlegrounds on Sunday nights after “marathon sessions.” Combined with stressing over the upcoming work week, he said, it all “coalesces into a restless night of still ‘playing.’”

“Even after I’m done playing, I’m still thinking—consciously or not—of how I would have done things differently,” Wright said. “Should I have moved here? Should I have shot there? How can I improve my next run?”

Liam Dotson, who lives in Virginia and works in politics, told me about a Fallout 76 dream in which he and his wife were searching for nuclear launch codes. “We worked hard and collected them all and returned to our northern Virginia apartment,” he said.

“But our two 9kg cats, who are always up to no good, chewed the red wire and it all blew up.”

Dotson said he could see how his real-life anxieties and gaming habits were combining themselves in this dream. “Under [Trump] we’ve never felt more anxious about any number of things, nukes included,” he said. “And our cats just love chewing on plastic.”

By far, the most common type of gaming dreams that people told me about concerned strategy and puzzle games. Jay Shah told me he dreams about the financial investment spreadsheets he made for the MMORPG EVE Online. Brett Adams told me that, in his dreams, he’s making colour matches in Puzzle Quest.

Lexi dreams about Tetris bricks. So does Ted. Matt dreams about tactical simulations in Fire Emblem, and Josh dreams of Final Fantasy Tactics.

It’s not that these dreamers were simulating specific gameplay problems and solving them with the same detailed mechanics they would when actually playing the game that day. Often, the in-dream Tetris puzzles were just blurs of colour.

Shah’s spreadsheets were “definitely gibberish.” Strategy game dreams seem to be more about problem-solving in the most general sense, which is what I experienced with my Overcooked 2 dreams—and before that, dreams about the Switch strategy game Into The Breach.

“Jungian theory would say it’s not necessarily about the text, but the actions happening in a dream,” psychologist Bean said. “If you’re bound by the text you’re being told what to think about the dream rather than let it explore what it means that to that person individually.”

Rachel Kowert, a psychologist who specialises in video games and runs the analytics firm Kitsune Analytics, says that dreaming about strategy games in particular might mean something beyond simply processing what you’ve done that day.

“The function of the dream is solving a problem,” Kowert said. Years of research on dreams shows that one of their primary functions is to find solutions to puzzles we may experience when we’re awake, like planning a wedding or figuring out the right words with which to confront someone.

Sometimes, for gamers, those puzzles we go to bed without having solved are more concrete. “For games where problem solving is the primary play mechanic, it’s possible that they’re more likely to be dreamt about, because the evolutionary function of dreams is to solve problems.”

Kowert also said that dreams function to help people remember their waking lives, which is why your dream about Magic cards might also have Google Calendar overlaid on them. “Games are organised things we play, and if that helps you organise memories from your day, it makes sense they would be superimposed on that,” she said. 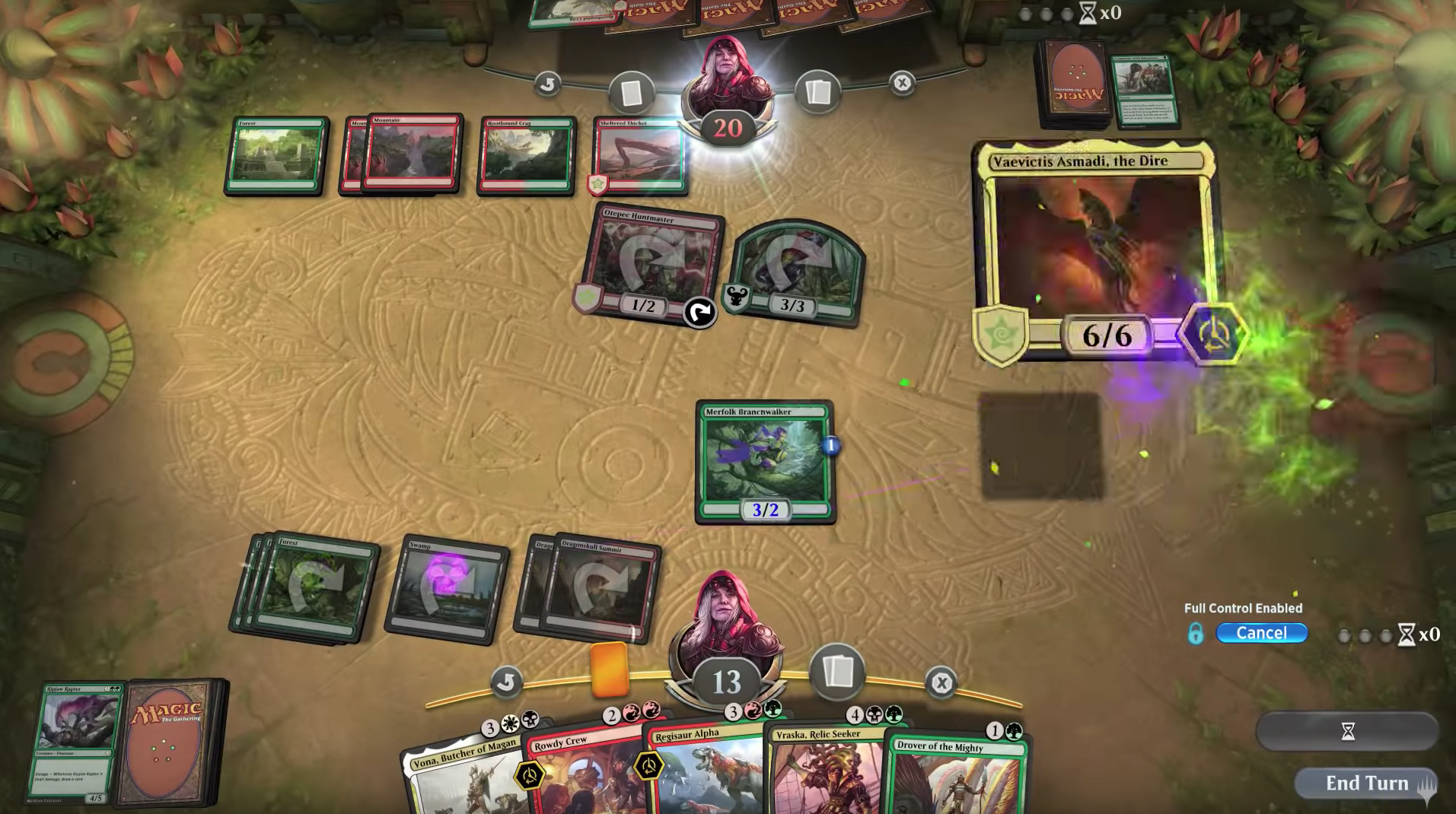 Magic: The Gathering Arena (Image: Wizards of the Coast)

Your gaming dreams might even make you a better player. Jane Anderson is a full-time dream analyst who has published six books about dreaming. She told Kotaku that dreams about games might help your performance in the game in ways that waking practice wouldn’t.

“Your dreaming brain and mind will process any issues that came up for you in playing the game,” she said. “For example, your competitive attitudes, perfectionist issues, conflict issues, any issue that is touched upon or triggered through playing the game.”

“Often your dreams will process these issues without reference to the game itself,” she said, “using different symbols and different dramas.” Once you wake up, you might find yourself better at the game even if you don’t realise how it happened.

“When you ‘sleep on it’ you often wake up with the solution to the problem even if you don’t remember the dream,” she said.

Formal studies on how gaming affects dreams, and on how gaming-related dreams impact our daily lives, are few and far between. Although there’s no data-driven evidence that says what my anecdotal research has found—that strategy games are very popular dream fodder—there are studies corroborating the idea that gamers dream differently from non-gamers.

According to research by Jayne Gackenbach, a psychologist at MacEwan University in Edmonton, Alberta who specialises in lucid dreaming, gamers are more likely to report having lucid dreams, or dreams in which the dreamer has a high level of control over what happens.

People who play a lot of video games seem to have a special talent for disarming violent situations in their sleep, like kicking a gun out of an aggressor’s hands, Gackenbach said.

In one study conducted with veteran gamers who struggled with PTSD, -a demographic highly susceptible to nightmares, the subjects were more capable than the average person of getting through hardship scenarios in dreams. Unlike in a real-world war, in which a soldier’s not terribly sure whether they’ll live or die, gamers in games only face digital repercussions for their decisions, which can be empowering when translated into dreams. 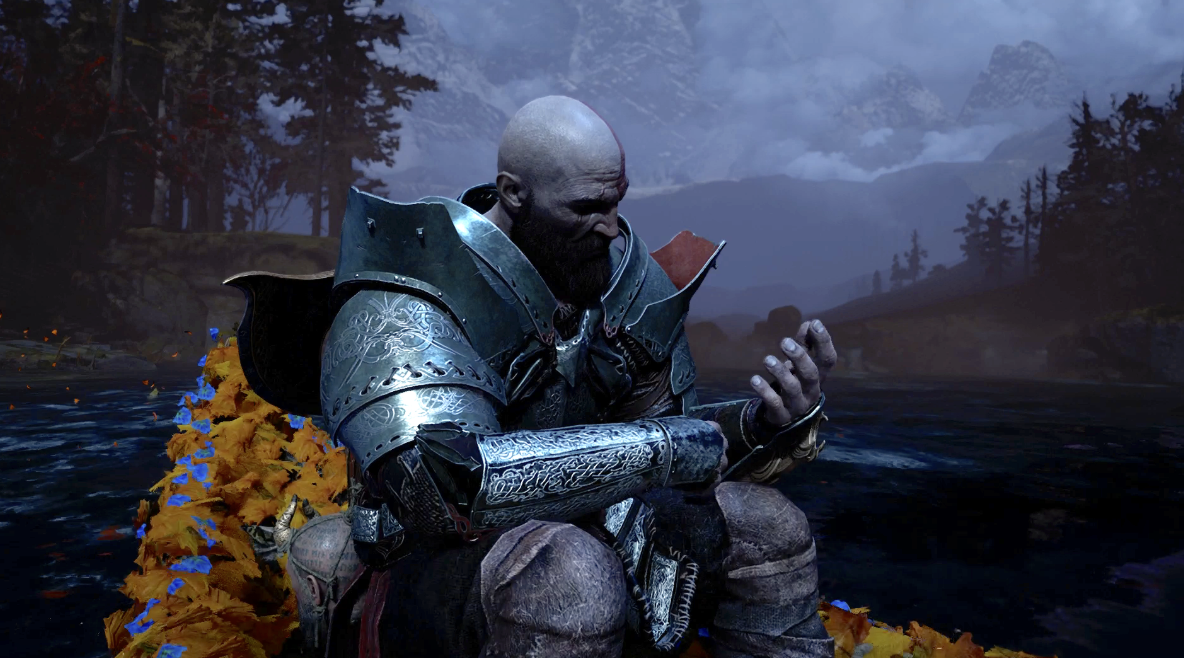 “The most common scenario in a nightmare is some kind of chase,” she said. “You can’t get out of it and you wake up and you’re terrified.” Subjects who have played a lot of first-person shooters, she said, do better with these types of nightmares.

“With a gamer, when they’re being chased or attacked, they’ve been being chased and attacked for two hours before they went to bed,” she said. “They’ve learned the skill of when to fight back.”

That sense of dream agency can also come from role-playing games, or any sort of “hero’s journey” where the player is hyper-powerful and has total control over their actions.

In real life, we can’t just swing an ax at a brick and destroy it, enter every home we pass, run twenty miles, and then defeat a gargantuan dragon. Exercising that level of control is the stuff of dreams. When psychologist Bean talks to his therapy clients about their personal lives and personal goals, he said he always asks them about where the “hero component” is.

“Everything in a game goes into creating the hero who eventually wins,” he said. “If we look at the storylines and types of protagonists [in these games] and put them into the context of the ‘hero’s journey,’ it makes sense why we have these types of dreams.”

“If you identify with a character in a game, your dreaming mind may use that character to symbolise that aspect of yourself, or to try to work out your issues,” said dream analyst Anderson.

“Other game characters appearing in your dreams most probably represent how their energies (as you see them) appear in your life, and how you deal with these. Dark or ‘bad’ characters may represent aspects of yourself that you judge as being dark or bad.”

Dreams aren’t just random movies played by your brain. They’re all somehow meaningful, although that meaning isn’t always clear. If you dream about Ganondorf, maybe he’s your dad. Maybe he’s you. Or maybe he’s just Ganondorf and your brain is telling you it wants to play Ocarina again.

One thing’s for sure: I’m no closer to figuring out why I dreamed about grabbing the fire extinguisher when I meant to grab the pizza in Overcooked 2.