Anthem’s Level-One Weapons Are Stronger Than Endgame Ones, Thanks To An Apparent Bug 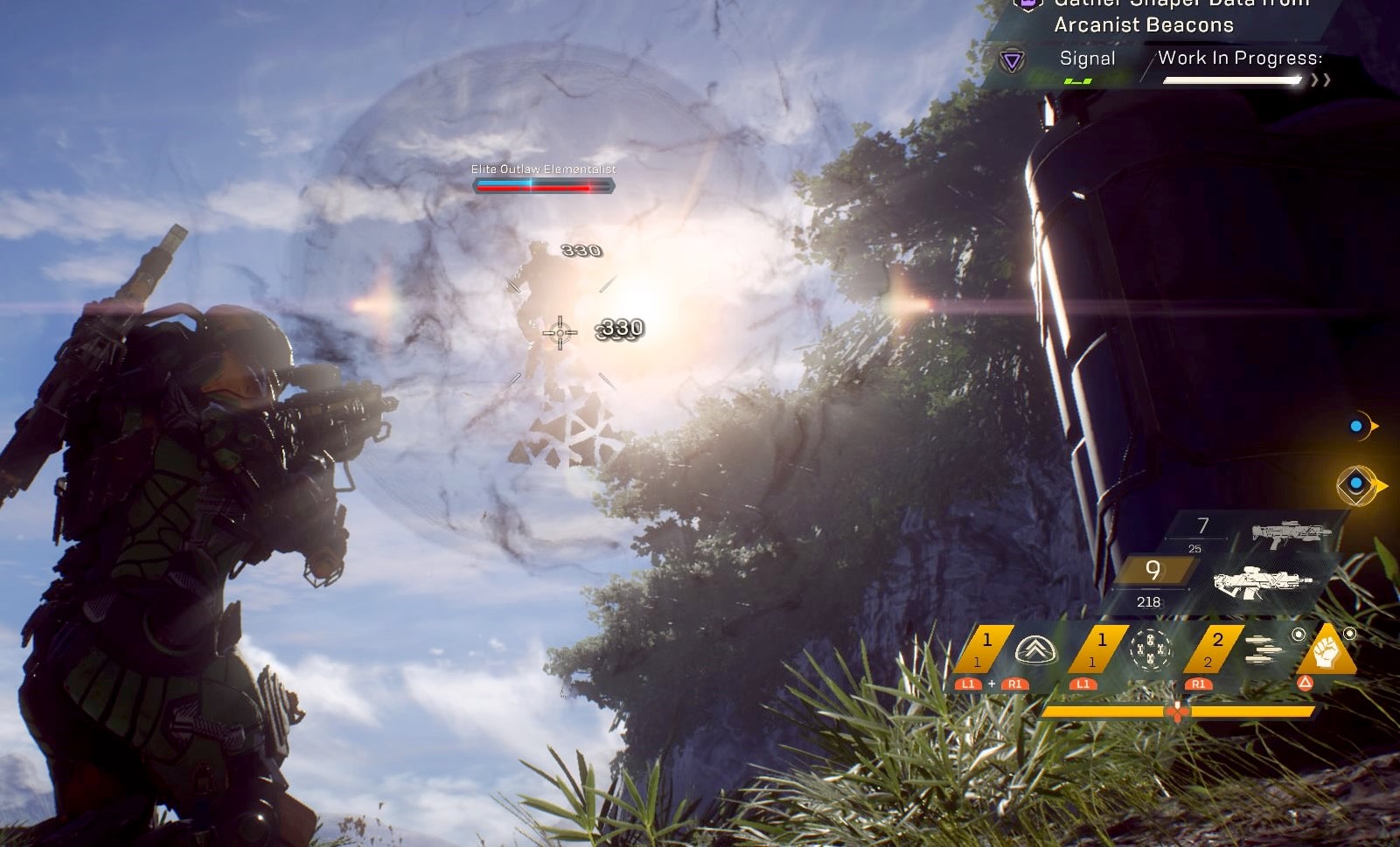 An apparent bug in the new loot shooter Anthem has made beginner weapons just as powerful as the ones you’ll get in the final levels. In fact, players have discovered, the level-1 rifle might currently be the strongest gun in the game.

Earlier today, a player by the name of YeetLordSupreme shared a major discovery on the Anthem subreddit. It turned out that their level 1 Defender Rifle, the standard gun players start the game with, was killing enemies quicker than their hard-earned Level 45 masterwork Ralner’s Blaze rifle.

One bullet from the Ralner’s Blaze registered 1184 damage on a basic Scar enemy, while one bullet from the common Defender rifle only did 286, but it took six bullets to kill the Scar with the level 45 gun and only four to kill it with the Defender.

“I have tested this with various weapons and enemies, and while the numbers vary, the results are always the same: the level 1 defender rifle is by far the most effective weapon in my inventory,” they wrote. “It melts literally fucking everything!”

Shortly afterward, a BioWare developer posted suggesting that it was a bug. “We’ll need to investigate this, scaling systems are supposed to allow low level players to play with high level players to be effective against high level enemies,” wrote Anthem’s technical design director, Brenon Holmes. “This is not intended, something ain’t right there…”

Anthem is a loot shooter where players spent the overwhelming majority of their time grinding through the same missions over and over again in the hopes of acquiring rarer and more powerful loot. Kill an enemy, get a better gun; kill a harder enemy, get an even better gun.

That’s the cycle at the heart of the Anthem, and other games like it including Destiny 2 and Warframe. If the better gun doesn’t actually do a better job of killing the harder enemy, the whole thing falls apart.

After YeetLordSupreme made their post, tons of other players have weighed in with their own experience and found similar results. More powerful guns do put up higher damage numbers, but those damage numbers don’t correlate to how many bullets it takes to kill an enemy. 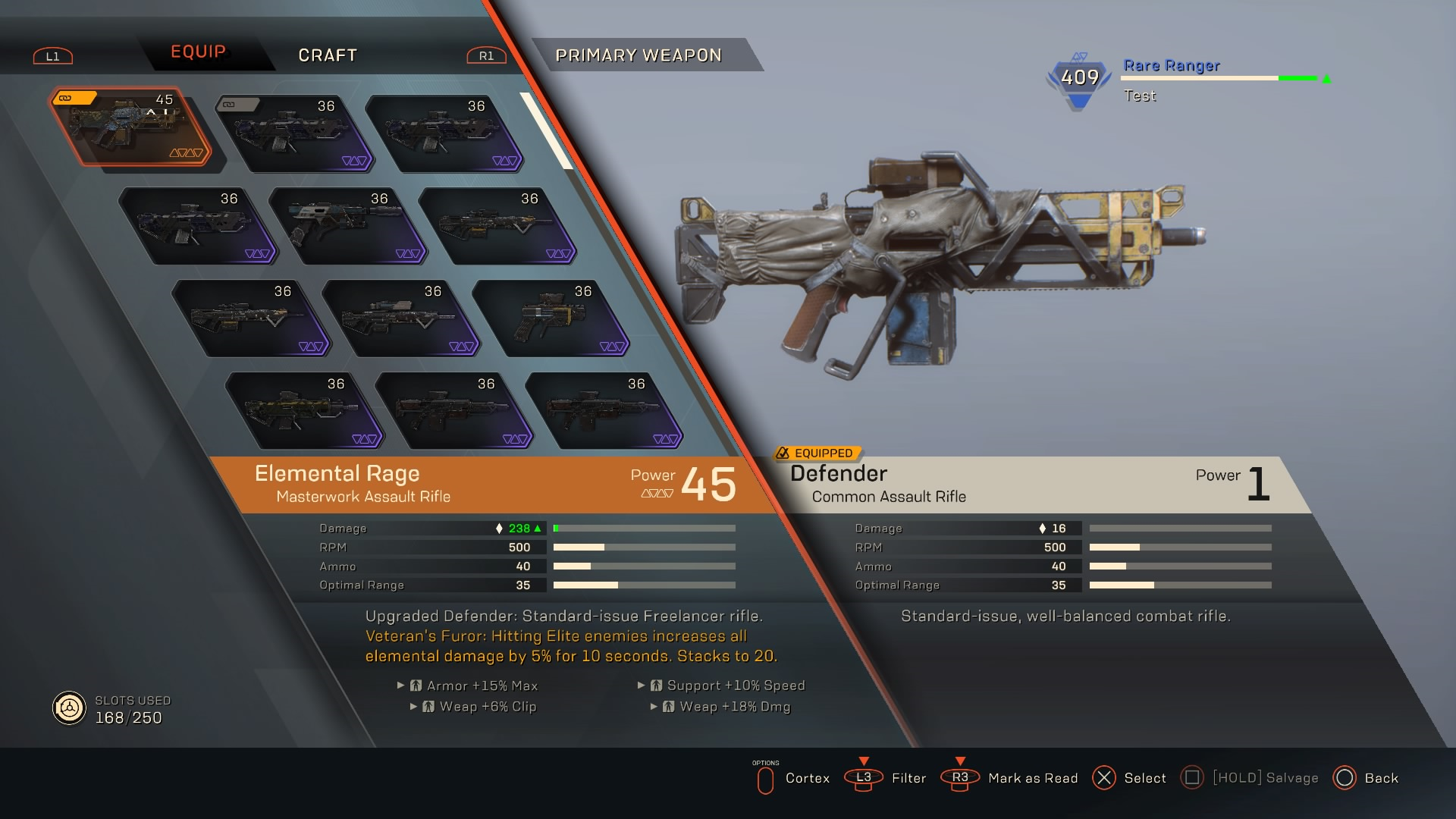 It’s easy to test, since every time you make a new Javelin loadout the game automatically equips it with the standard-issue level 1 Defender rifle. Taking that and my level 45 Elemental Rage, I went out into free-play on the Grandmaster 1 difficulty to go look for some Scar.

Although my Elemental Rage has a base damage stat of 238 and was putting up damage numbers between 700-1,000, it took over a dozen shots with it to kill a regular Scar. My Defender with an 16 damage stat, however, killed them in only four shots, even while only posting damage numbers in the 200s.

I don’t have the highest damage guns in the game to compare it against, so I can’t say for certain whether the level 1 Defender is currently the most powerful gun in the game. What I can say is that something is definitely not right with how the game is calculating damage and enemy health.