Stop me if you’ve heard this one before. Anthem gets a new update. The changes in the new update all look promising. Then, upon closer inspection, not all of the improvements are working as intended, and a few things that had previously been fixed are now busted again.

Anthem’s been there before and after today’s 1.04 update it’s back there again, at least temporarily. Elysian chests are the biggest addition. They now sit at the end of every Stronghold mission.

Any player that has an Elysian key, earned by completing daily challenges, gets to open one and get the special vanity items inside, including new decals, fabrics, and emotes.

Unfortunately, the introduction of this new reward also appears to have bugged the existing ones, with players, including myself, finding that completing a Stronghold mission no longer guarantees at least one Masterwork drop as it was intended to. 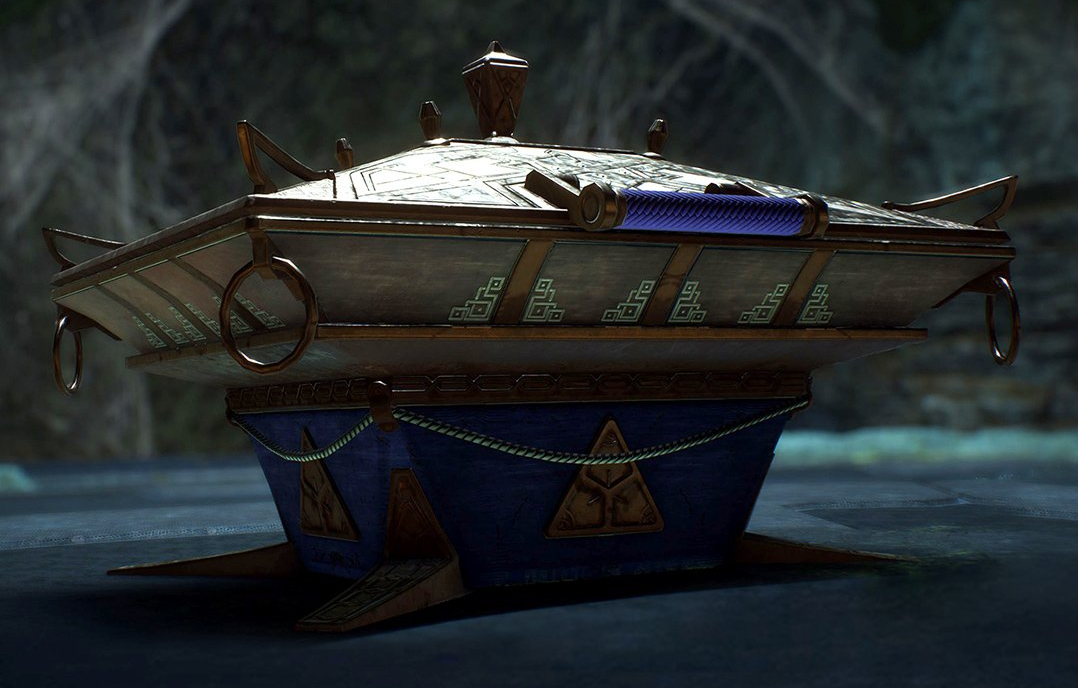 On Twitter the game’s community manager, Jesse Anderson, wrote that BioWare is currently investigating this issue, in addition to another strange bug: other players being able to pick up your loot for you. Normally, loot is instanced with the player and invisible to everyone else. If they walk over it, nothing happens.

As players grind through Anthem’s end-game, such as it exists, they’ve filled up on everything but the rarest loot, and now, as Kotaku covered yesterday, actively avoid picking up anything of lesser value because it’s more of a pain to deal with than it’s worth.

In a master stroke of irony, those same players are now being bombarded with notifications for useless loot as their party members accidently pick it up instead.

There are also problems with some of the new vanity items not immediately appearing in the customisation menu after missions. My first Elysian treasure was the Warning Markings decal, but I had to close out of the game and restart it, something suggested by Anderson on Twitter, before the decal would show up as an option I could select.

It doesn’t help that these issues come right after the game’s lead producer, Ben Irving, clarified over the weekend that new armour sets, something players have been desperate for since launch, wouldn’t be part of the update. 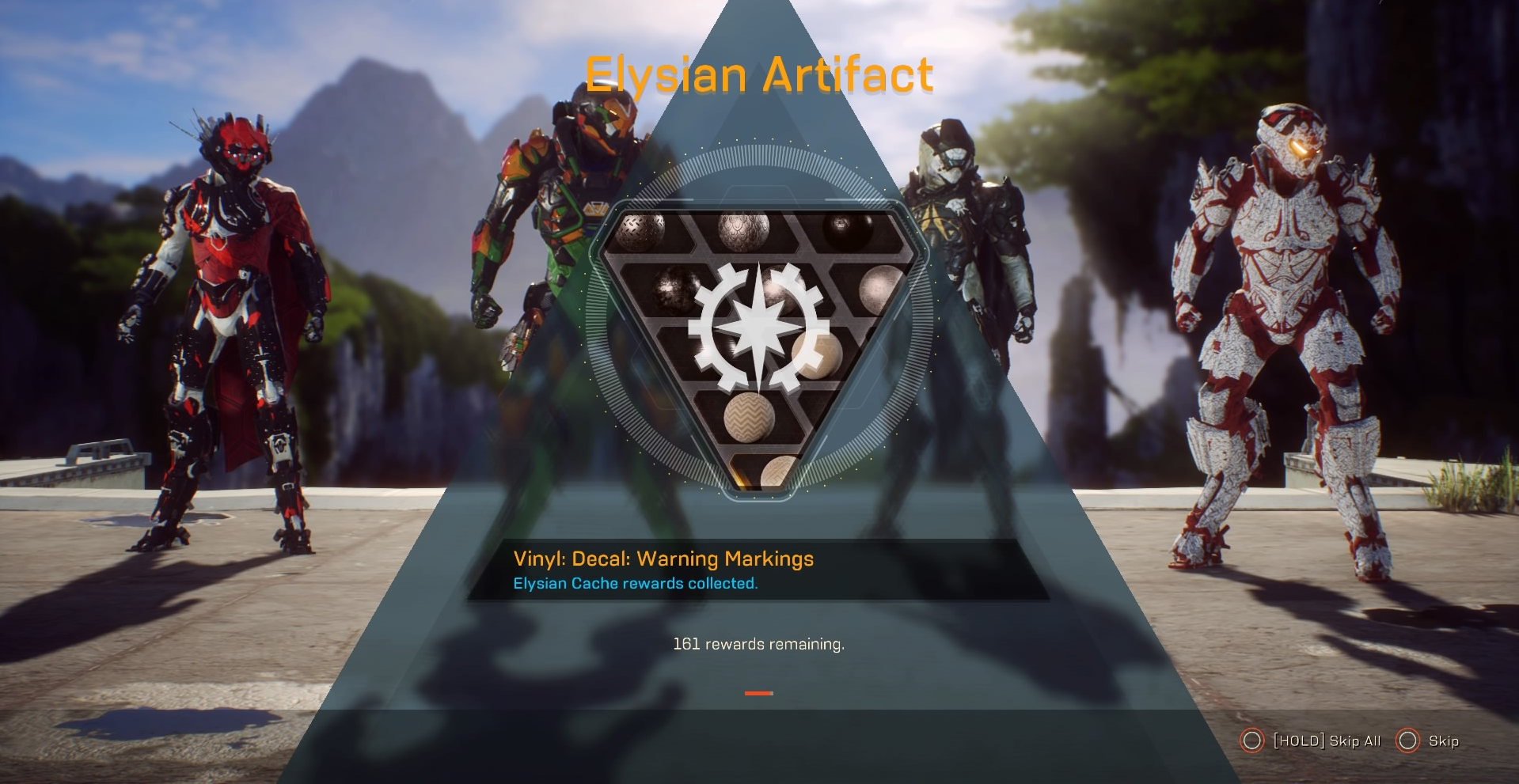 It’s a shame, especially because the patch as a whole is a step in the right direction. In addition to the new Elysian chests, 1.04 also adds the option to replay story missions on Grandmaster difficulties, helping to cut down on the monotony of spending hours in freeplay or running the same stronghold missions over and over.

It’s also now possible to access the Forge where players spec out their Javelins from anywhere in Fort Tarsis or the launch bay, and without having to go through a loading screen.

The patch also buffs a ton of abilities and Javelin components as well as adding five new ones, including Bloodlust which nearly doubles melee damage for 10 seconds after every enemy that’s killed with a melee attack. In the running for most overlooked change of all is the one BioWare lists last: making it possible to now hover underwater. It’s important to find joy in life’s little pleasures, especially for Anthem players.