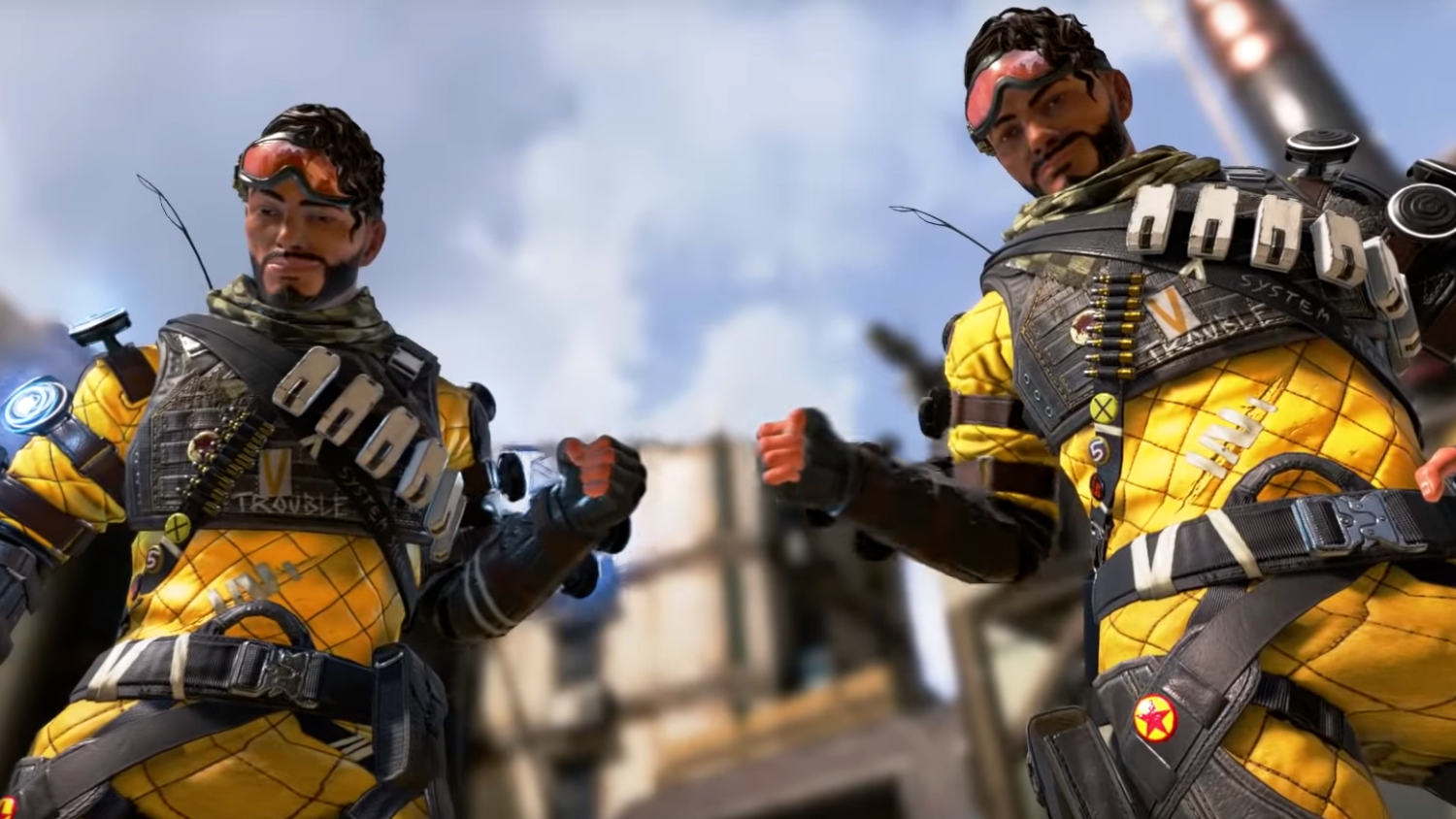 Mirage is my favourite character in Apex Legends. I’ve always loved rakish rogues, and I love Mirage’s snarky sense of humour. He can send out holographic decoys to trick other players, making it much easier to run down enemies before they know what’s hit them. Everything about him rocks, except his ultimate ability, which completely sucks.

The characters you play as in Apex Legends each have three special abilities. They have a passive ability, a tactical ability with a short cooldown between uses, and an ultimate ability with a longer cooldown. Ultimate abilities are the big guns you bring out to turn the tide of battle.

Some ultimate abilities are more useful than others. Lifeline’s ultimate brings down a care package with defensive items, and players use it pretty much constantly if they know what they’re doing. Wraith’s ability to punch a portal in the map can be great, unless enemies follow you through it.

Mirage’s ultimate, which sends out six decoys while turning Mirage semi-invisible, does not really have a great application in game. I honestly can’t remember the last time I ever used it.

As Reddit user BluEyedillusion wrote in a post with almost 5,000 upvotes on the Apex Legends subreddit, Mirage’s ultimate is meant to be distracting but is actually just a mess. BluEyedillusion broke down the problems in a pretty succinct way:

His decoys stand in a circle of stupidity

By being stuck in a semi-invisibility, combined with the circle of stupidity, you give yourself away because the circle tells enemies a Mirage has popped ult, and they know you’re stuck in low-quality-invisibility mode so they should look for you

On the rare occasion I’ve used Mirage’s ultimate, I usually just give away my location to the enemy team. They see six Mirages standing in a circle, so they start looking for anywhere I might logically be, which is usually where I am.

I have seen the ultimate used effectively, but it’s basically a slightly bigger version of his tactical ability of sending out a holographic decoy.

Apex Players have been tossing around different ideas for a rework of Mirage’s ultimate since soon after the game released on Feb. 4. While BluEyedillusion’s post is from Feb. 16, another post from Feb. 7 with over 500 upvotes outlines the same exact problems. Yet another, throwing out suggestions for a rework, went up only a few hours ago.

Most players’ suggestions are the same. Instead of the decoys in Mirage’s ultimate standing still, they should run outward from their circle, actually causing chaos instead of standing around, just chilling. Reddit user ChineseCosmo’s suggestion is by far my favourite, because it also gives the ultimate some utility for other players on your team.

It’s unlikely that we’re going to see any changes to Mirage’s ultimate anytime soon, though. Just before the launch of the Apex Legends battle pass, development studio Respawn outlined their philosophy for making adjustments to characters. At the time, players were concerned about characters with larger hitboxes, like Gibraltar, being underpowered.

In response, a Respawn representative wrote that they’d first make changes to the hitboxes, and then they would consider other strategies if that wasn’t enough. Most of all, they emphasised that balance changes would need to be absolutely perfect before they went live. “Because many of these changes are significant, we want to make sure they are heavily tested,” they wrote, “in the event they are necessary.”

It’s great that Respawn wants to make sure that Apex doesn’t end up with a character like Overwatch’s Mercy, who has been reworked to death. It’s also wonderful that they emphasise the importance of making sure balance changes actually balance things.

But Mirage’s ultimate definitely needs a rework, if only to keep me from feeling really silly when I play him. As a Lifeline brings down a care package with the exact item you need right before a fight, or a Wraith punches a portal that gives your team the tactical upper hand, usually I’m sitting there thinking, “Well, I guess I can be six guys if I want to.”

Apex Legends gives you the opportunity to really feel legendary with the right timing and judicious application of an ultimate – unless you’re using Mirage. Much as I love his quips and his coif, I want him to be more helpful.