Five months after the release of Assassin’s Creed Odyssey, a legendary sword first teased during an E3 demo is now finally in the game.

An update out today adds a new quest line called “A Friend Worth Dying For,” the reward for which is the serpent-headed kopis-style blade players have long been awaiting. YouTuber JorRaptor was one of the Assassin’s Creed Odyssey players who immediately jumped back into the game to complete the quest and document that the sword was in fact real.

Without getting into spoilers, the quest revolves around first-mate Barnabas and a vision he had that loved ones from his past were still alive, and can be launched by checking the message board on the ship.

At the end of it players get the Hero’s Sword, a powerful legendary weapon that does bonus assassination damage and has the serpent pommel that’s been tantalising players going back to Ubisoft’s promotional campaign for the game. As JorRaptor detailed in a video released last week, Kassandra and Alexios can be seen wielding the weapon back in the E3 2018 gameplay demo.

It’s also displayed in several screenshots on Ubisoft’s website explaining how different parts of the game work. It’s even featured in an Assassin’s Creed Odyssey-sponsored episode of Man At Arms where they actually forge a real-life replica of the weapon. 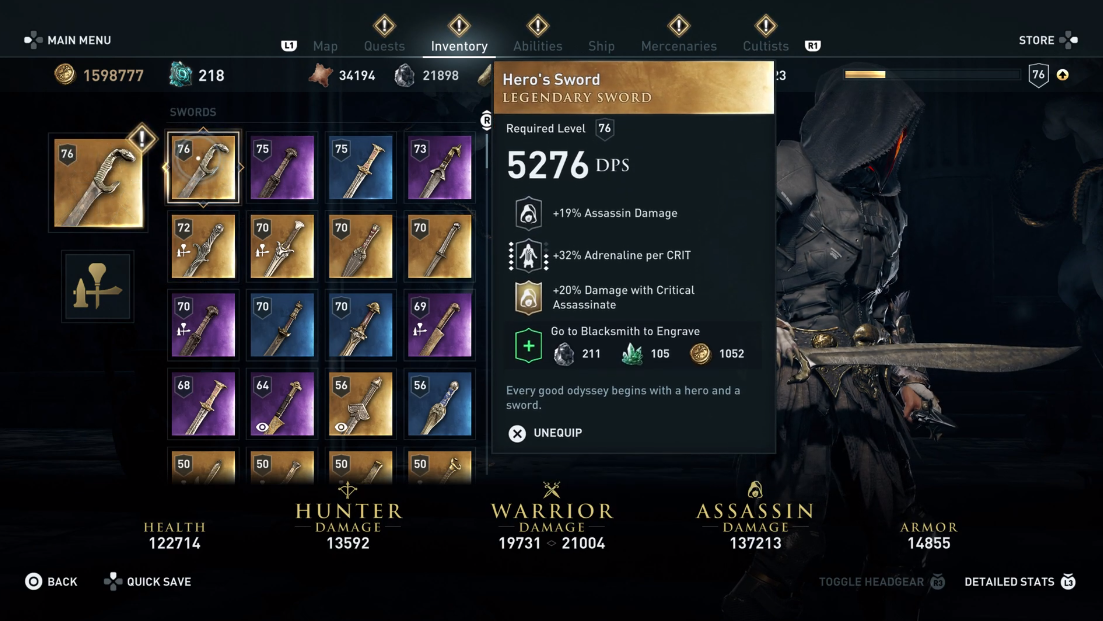 As a result, players expected to find it somewhere in the actual game when it was released last October. Months later, however, it still hadn’t turned up. This led to several posts on the game’s subreddit with titles like “Where is the snake kopis?!” JorRaptor even says in his video that one of the most frequent questions he gets from his viewers is “How do I get that sword from the demo?”

Eventually, data miners discovered there was still a place-holder for the sword in the game’s code, with some people interpreting that to mean the weapon was cut from the final build.

Then this Wednesday, out of the blue, Ubisoft teased the blade would finally be coming to the game in the latest update, writing on Twitter that the game’s newest quest would “reward a snake-headed kopis worthy of a hero.”

While the game’s most diehard players are overjoyed, it’s not clear whether Ubisoft had always intended to add the weapon in an update or simply did so in response to the near-mythical status it eventually took on within the player-base. The publisher didn’t respond to a request for comment.

Ironically, the flavour text for the Hero’s Sword describes it thusly, “Every good odyssey begins with a hero and a sword.” During his stream, JorRaptor chuckled after reading the words out loud.