Axiom Verge Developer And Distributor Say Its Publisher Owes Them Over $280,000 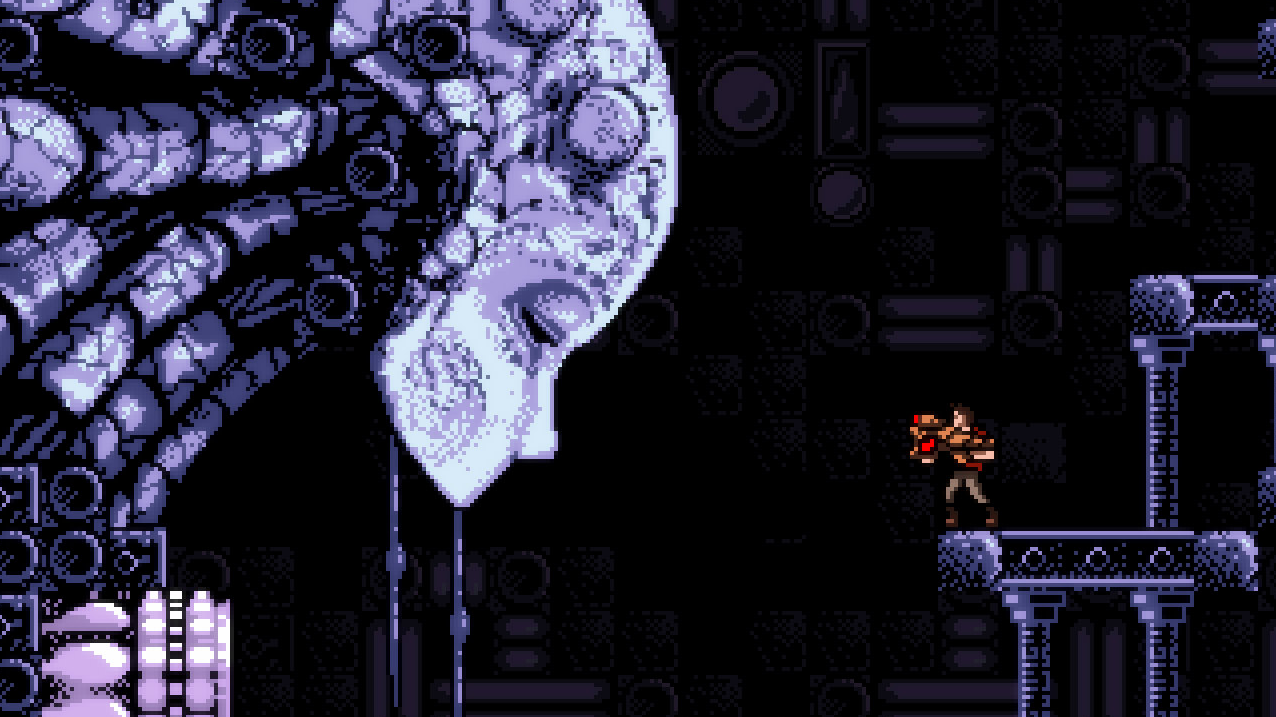 Axiom Verge, the celebrated Metroidvania from developer Tom Happ, is getting a physical release on Wii U this year. That’s the good news. The bad news is that the game’s distributor Limited Run Games and its business manager Dan Adelman have said that its publisher BadLand Games still owes them around a quarter million US dollars.


In announcing the Wii U physical version of the game, which it will put up for sale later this month, Limited Run said that BadLand owes it $US78,000 ($110,003) for physical copies of the game that it never delivered. After that, Adelman said that BadLand has not paid Tom Happ a sum that it believes to be around $US200,000 ($282,060) – including money that was intended to go into a special fund to help pay for medical treatments for Happ’s young child.

“Badland has literally stolen money from a disabled toddler,” Adelman said in a series of tweets earlier today. According to Adelman, he and Happ had been approached by a number of companies interested in trying to produce a physical version of Axiom Verge for various platforms. They eventually decided to go with BadLand because of the unique terms of the deal that was being offered.

“In addition to matching what other publishers were offering in terms of rev share, they said they’d contribute 75% of their cut to a trust fund set up for Alastair Happ’s ongoing medical expenses,” Adelman wrote on Twitter. Alastair Happ suffers from a rare neurological disorder called Kernicterus, most treatments for which are experimental and not covered by insurance.

Years later, after physical versions of the game came to PlayStation 4, PS Vita, and Switch, Adelman says that money is still missing.

Neither Adelman, Happ, nor Badland were immediately available to respond to a request for comment.

According to Adelman’s tweets, BadLand, which is based in Spain, was originally set to publish physical versions the game in both Europe and North America. The company later came back and asked Happ to front the money required to manufacture the copies for North America, which Adelman said was a signal Adelman that something wasn’t right.

“At that point, we still thought BadLand was operating in good faith—they were just low on cash,” he said. “We were still planning on dividing up the proceeds on the original terms.”

Happ and Adelman organised the distribution of the physical copies in North America, with retailers paying Happ his share directly. But Adelman said that Happ has never been paid his share for the versions sold in Europe. Meanwhile, a Wii U version to be produced by BadLand never materialised at all. 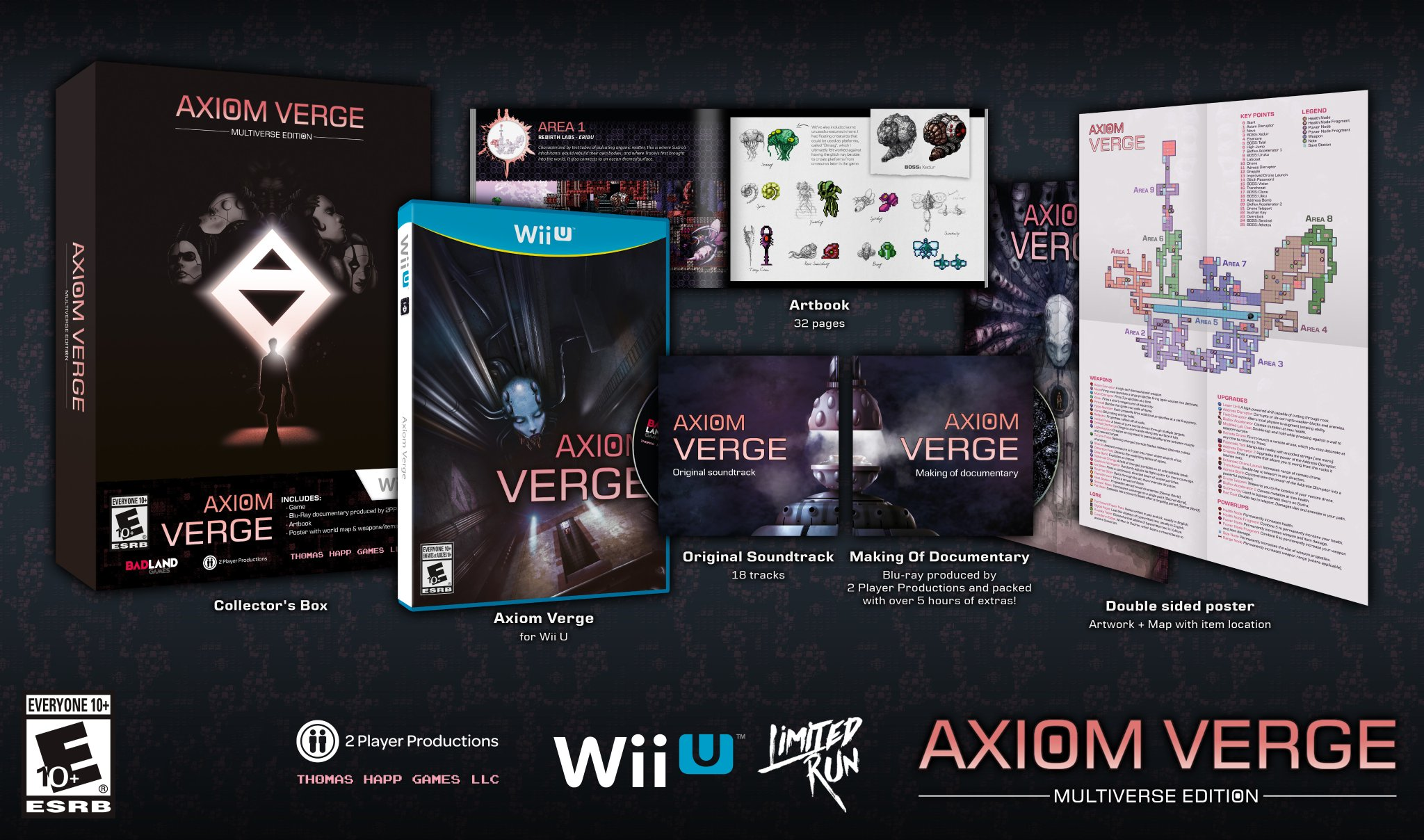 As outlined in an extensive report by GamesIndustry.biz, the boutique distributor Limited Run Games ordered 6,000 copies of the Wii U edition of Axiom Verge, which included a soundtrack, artbook, and other extras, for which it paid BadLand $US78,000 ($110,003) in early 2017.

It planned to sell them through its website that fall, but the copies never showed up. In early 2018, Limited Run Games filed a lawsuit seeking repayment. It won the lawsuit, but still has not received payment. Despite BadLand temporarily closing in 2018 as a result of money issues, Josh Fairhurst, Limited Run’s CEO, told GamesIndustry.biz that he believes the company has the money to pay.

“BadLand Publishing has released several physical retail products since we sent them our money, some within the last few months,” Fairhurst told GamesIndustry.biz. “Through my knowledge of minimum order requirements with the major platforms and the associated costs, I know that BadLand has spent more than $US100,000 ($141,030) (at least) on recent physical product releases. So, they’ve had more than enough money to pay us back, yet they’ve been content to keep our money.”

According to Luis Quintans, BadLand’s CEO, it will eventually pay back the money, but needs time. “In short, this [judgment] says that we have to pay to Limited Run, which is what we are willing to do from the beginning,” Quintans told GamesIndustry.biz. “But for that Limited Run has to want to talk to us and keep in mind that it is not possible to face all the payments at once.”

Fairhurst said on Twitter that now that Limited Run has sued BadLand and won, it cannot make such a deal. “Accepting a payment plan would invalidate our lawsuit and give BadLand a chance to not pay,” he wrote.

Limited Run will be releasing the Multiverse Edition of Axiom Verge on March 29 for Wii U after partnering directly with Happ and Adelman. According to Adelman, they too are pursuing a lawsuit against Badland for the $US200,000 ($282,060) they believe the publisher owes them, but “the international nature of the suit” is making it “hard to make headway.”