Two years ago, Inti Creates released Blaster Master Zero, an outstanding remake of Sunsoft’s NES classic about a boy, a frog, and a futuristic combat vehicle.

This week’s surprise sequel, Blaster Master Zero 2, sees Jason and the crew of the SOPHIA taking the battle against evil mutants into deep space. It’s the follow-up I’ve always wanted.

While the original Blaster Master had several sequels and side stories, none of them ever felt quite right as a successor to the original game. Blaster Master 2, developed by Software Creations, was a Sega Genesis exclusive at a time when I didn’t have a Genesis. 2001’s Blaster Master: Blasting Again for the PlayStation came close, starring the children of original protagonist Jason, but its third-person 3D gameplay was a far cry from what I was used to with the series.

In the true ending of Blaster Master Zero, which requires all of the battle tank SOPHIA’s upgrades and weapons to unlock, Jason, Eve, and Fred the frog defeat the mutant core, save the planet Earth, and live happily ever after.

Or they would have, if a small kernel of corruption weren’t still present inside Eve’s body. Hoping to find a cure for the corruption on Eve’s home planet, the trio board the newly built Gaia-SOPHIA and blast off into space. 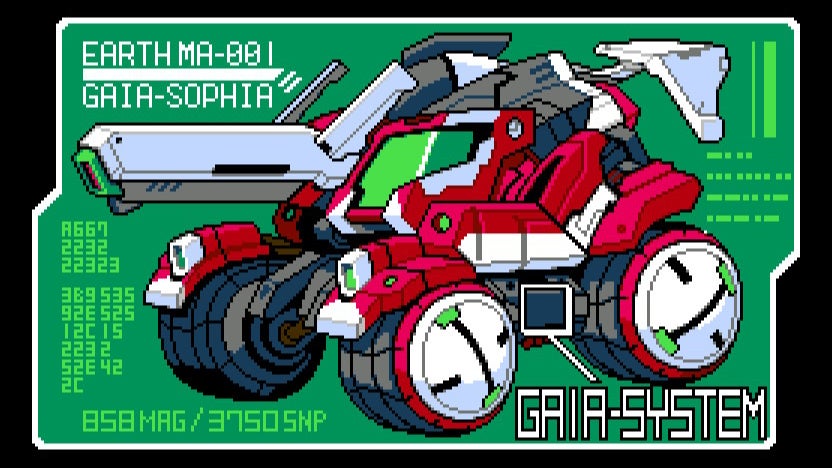 It’s an all-new Metroidvania-style adventure, only this time, instead of taking place in caverns beneath the Earth’s surface, it’s spread across multiple planets and star systems. The G-SOPHIA zooms through space, landing on planets and planetoids to gather upgrades and unlock new sectors.

Along with the power of interstellar flight, G-SOPHIA also converts kinetic energy into power for special abilities, which means falling from great heights and landing on hard surfaces is recommended. Take that, falling damage!

The action is once again split into two types. There’s vehicle-based platforming, starring SOPHIA the tank. It jumps, it hovers. Early on it gains the ability to wall jump, which is an adorable thing for a tank to do. 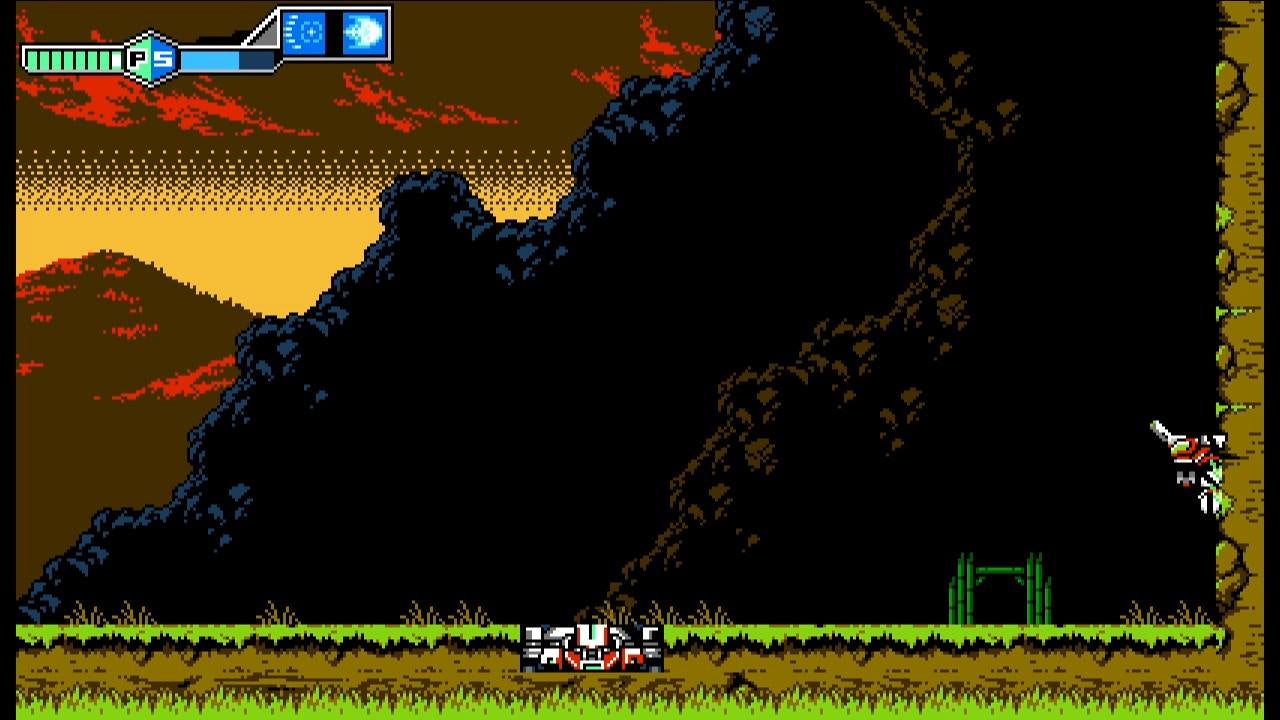 At any point in time, Jason can hop out of his tank to explore on foot or enter the second type of action: a top-down shoot-em up adventure. Sporting a dashing new cape, Jason delves into enemy-filled dungeons, hunting for maps, upgrades, and other parts to help his crew on their quest.

Along with shooting guns and firing special weapons, Jason has a powerful new counter move that can freeze an enemy in place during an attack, making it easier to deal big damage. It’s an incredibly handy ability. 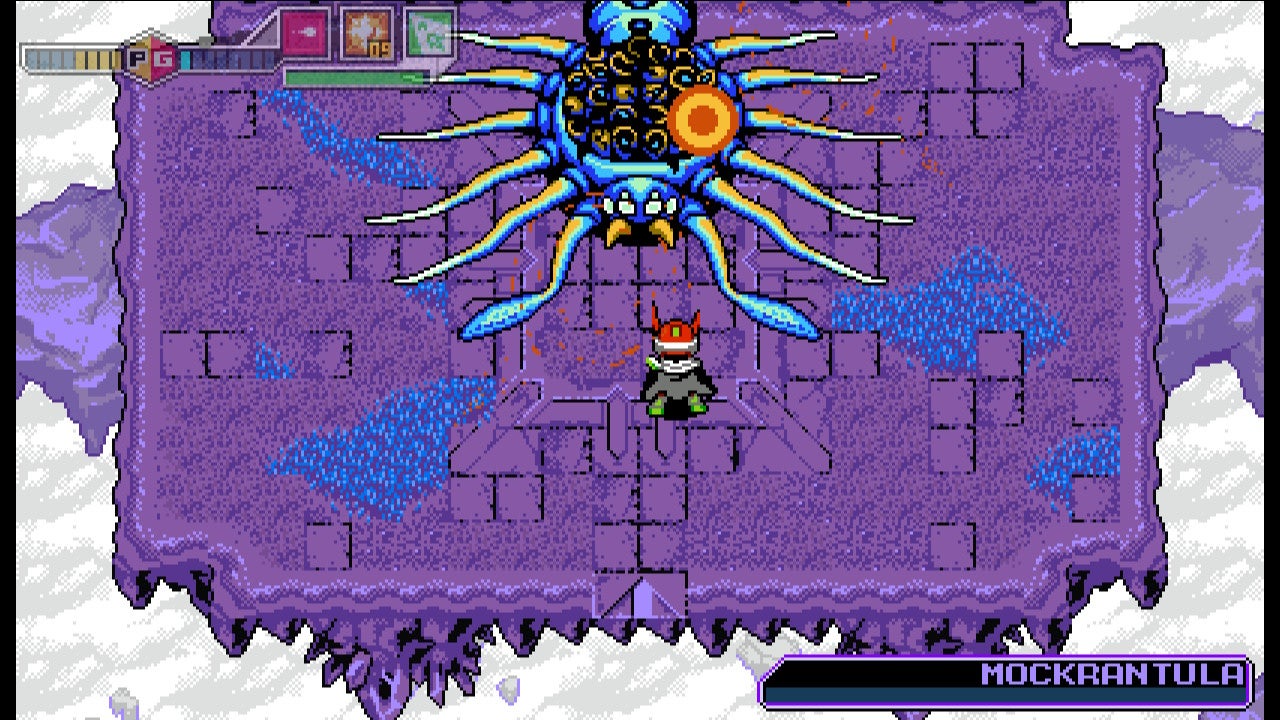 I’m only a couple of hours into this new adventure, and I am already incredibly impressed. Travelling to different planets, each with their own look, feel, and particular obstacles, makes moving from place to place exciting.

Boss battles, both in-vehicle and on-foot, are larger and more impressive than ever. Controls are just as tight and responsive as Blaster Master Zero’s. It’s a joy to play. 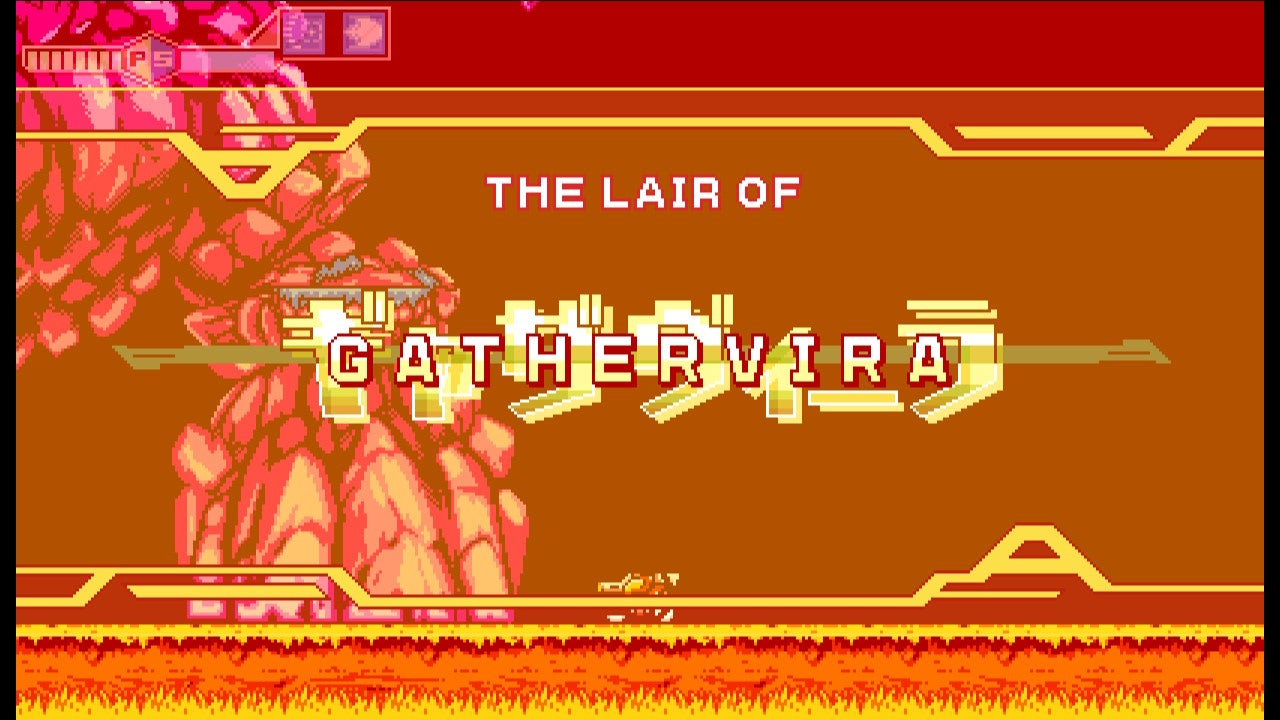 This is the foot of a giant creature, part of an amazing multi-tiered boss battle.

What’s more, I find myself super invested in the story. After meeting Eve and watching her relationship with Jason bloom in the previous game, I understand the urgency of finding a cure for her condition. Watching her deteriorate makes me sad. 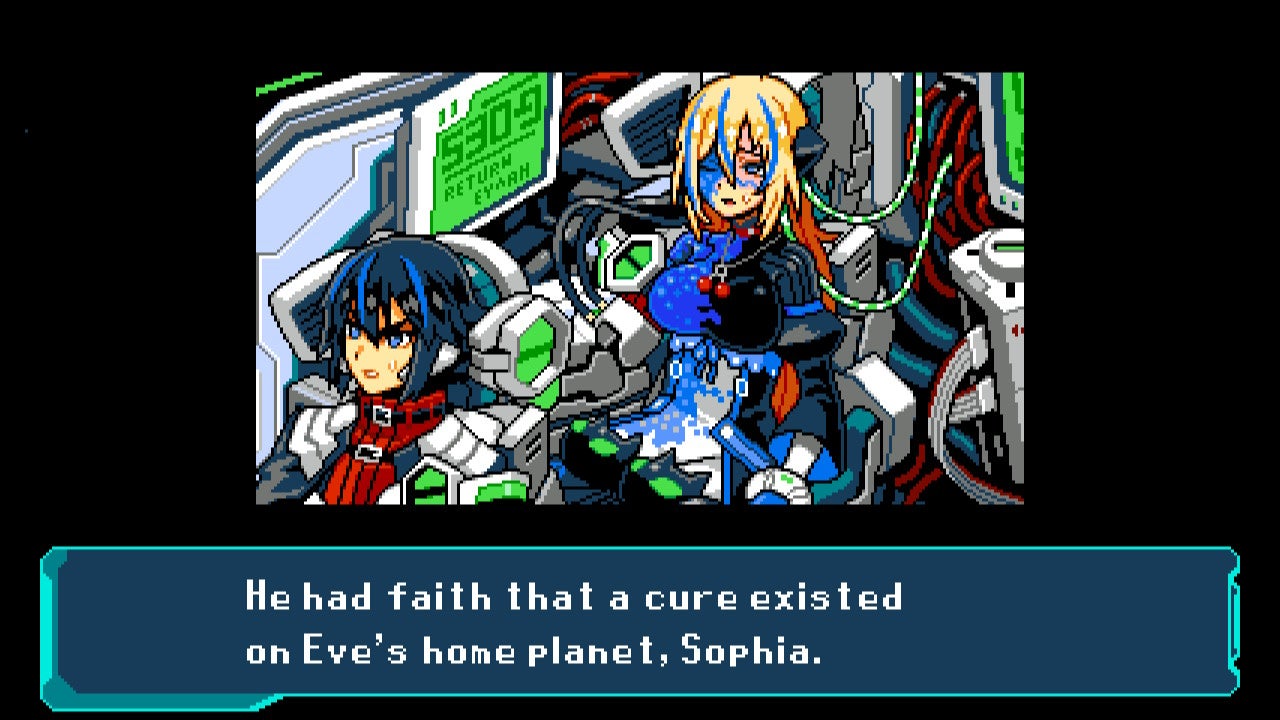 Please save Eve from her parasite. Hrm.

Plus there are new characters introduced in the game, which I won’t spoil. Let’s just say that SOPHIA isn’t the only battle tank in the galaxy.

It’s really wonderful what Inti Creates has done with Blaster Master. Despite playing through the NES game multiple times, I couldn’t have told you the main character’s name without looking it up prior to Blaster Master Zero.

It was all about the gameplay back then. Now we’ve got a two-game series that delivers an updated but familiar take on the original game’s mechanics, with a memorable cast of characters and narrative to boot.