Captain Toad: Treasure Tracker’s DLC Is A Delightful Mix Of Old And New 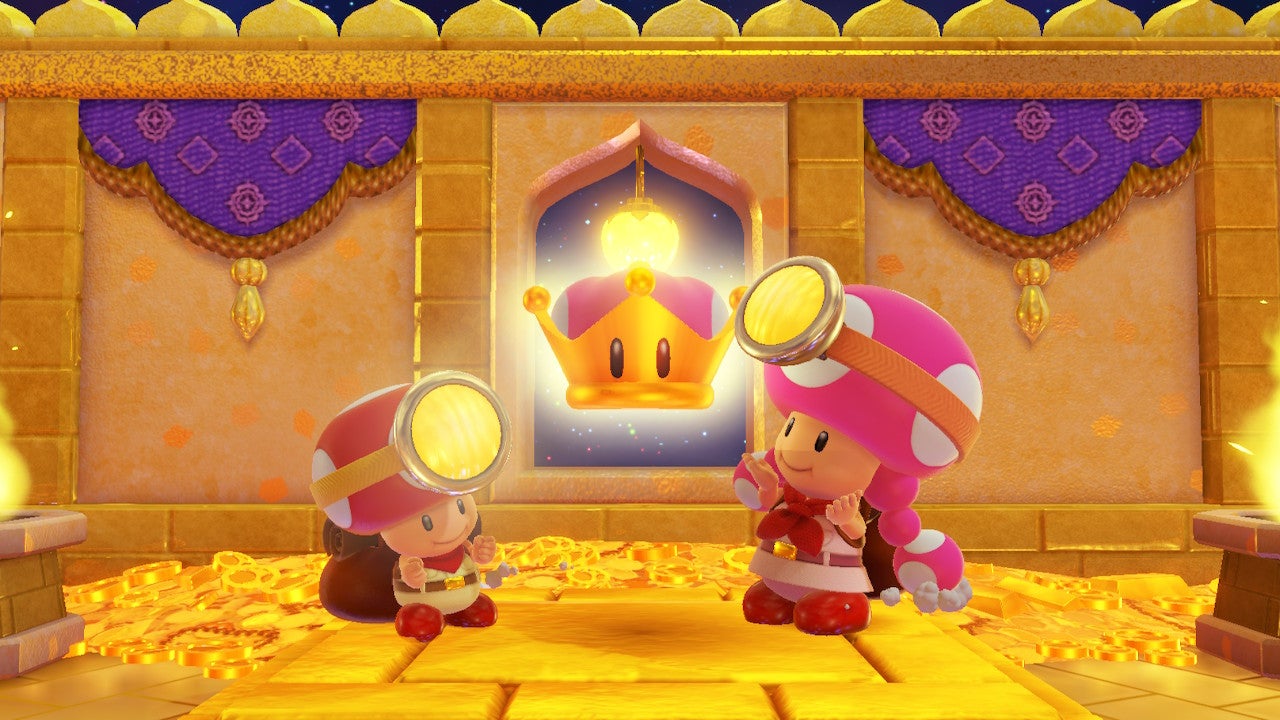 This week’s paid “Special Episode” downloadable content for Captain Toad’s Treasure Tracker has five lovely new courses, but the coolest part of the DLC is the way it recycles older levels with fresh goals and game types.


Available now for $9 on the Nintendo eShop, Captain Toad’s Special Episode DLC adds a new adventure book to the main menu of the puzzle game.

The ever-adventurous Captain and Toadette are on the hunt for a magical crown. The fungal friends face 18 different challenges during their expedition, along with bonus coin-collecting missions. There are gems to gather and special goals to achieve on each course, just like the main game. 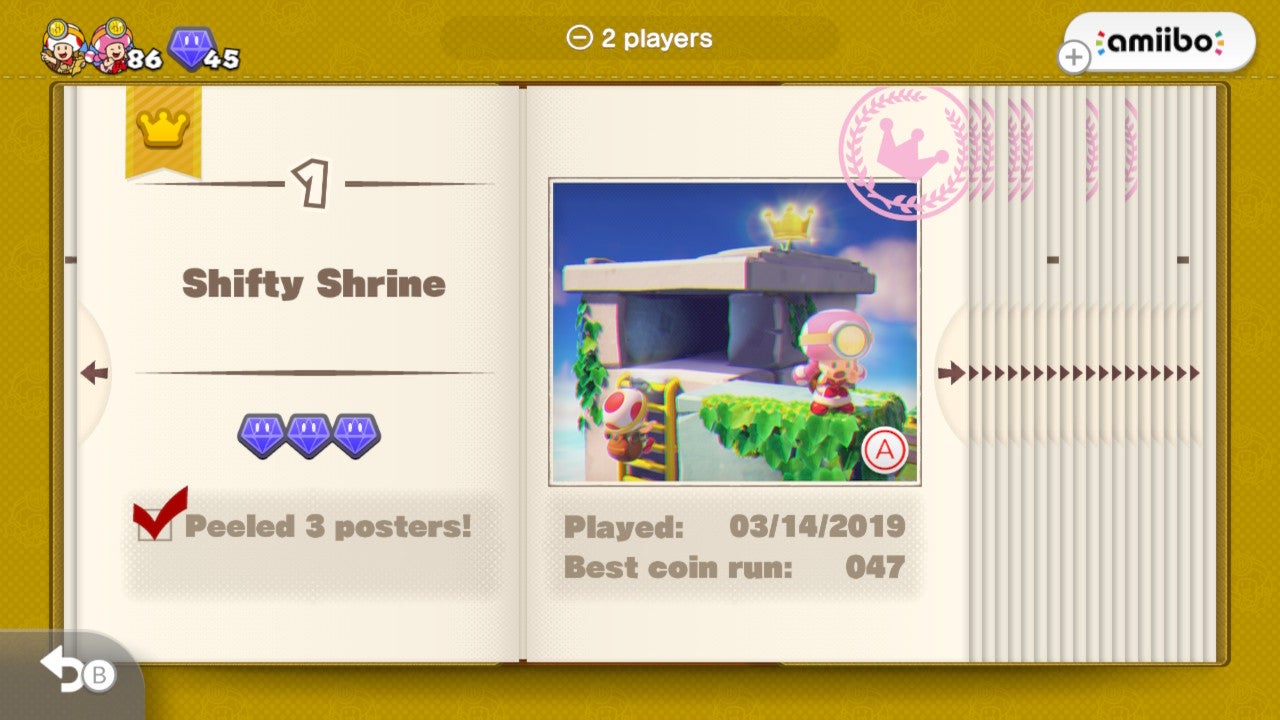 There’s Shifty Shrine, a massive temple that splits in two. The Goomba Galleon is a sprawling pirate ship level, including underwater exploration and fun with cannons. Flip Panel Panic has players walking across the sky as flip panels fold and unfold beneath their feet. Spinning Starmaze, a circular course with two spinning halves, feels like a hamster torture device.

My favourite new course is Cocoa Meltdown, because it is made out of snacks.

The rest of the DLC takes place on old courses that have been transformed to accommodate two new games types.

One of these new modes is Crown Capture, which tasks players with collecting five crowns scattered across each course. Once the first crown is collected, the next one appears. Players have around 10 seconds to grab it and spawn the next crown. Miss one, and the sequence resets.

It’s a little tense, but not too much; the sequence endlessly repeats until the player collects all five. 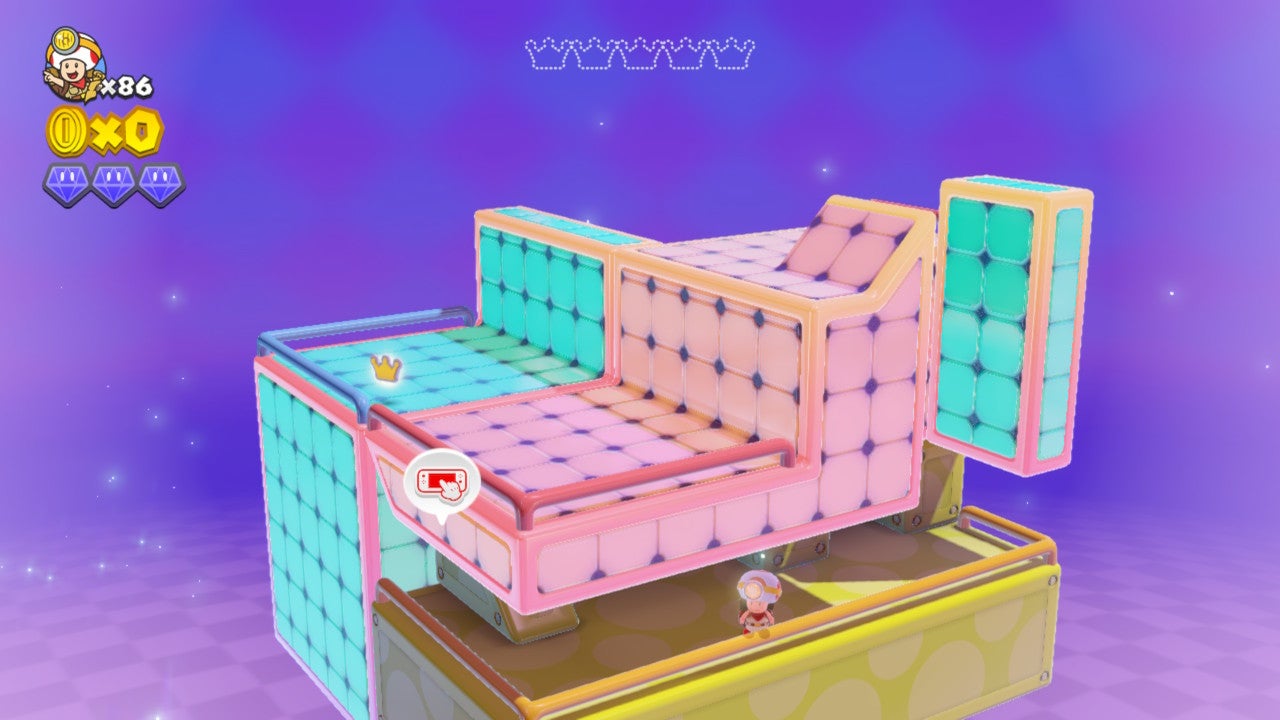 The second new game type is called Boo Spotting. It takes bright and cheery levels from the existing game and transforms them into haunted hellscapes infested with ghosts. Here’s the original version of Shy Guy Heights: 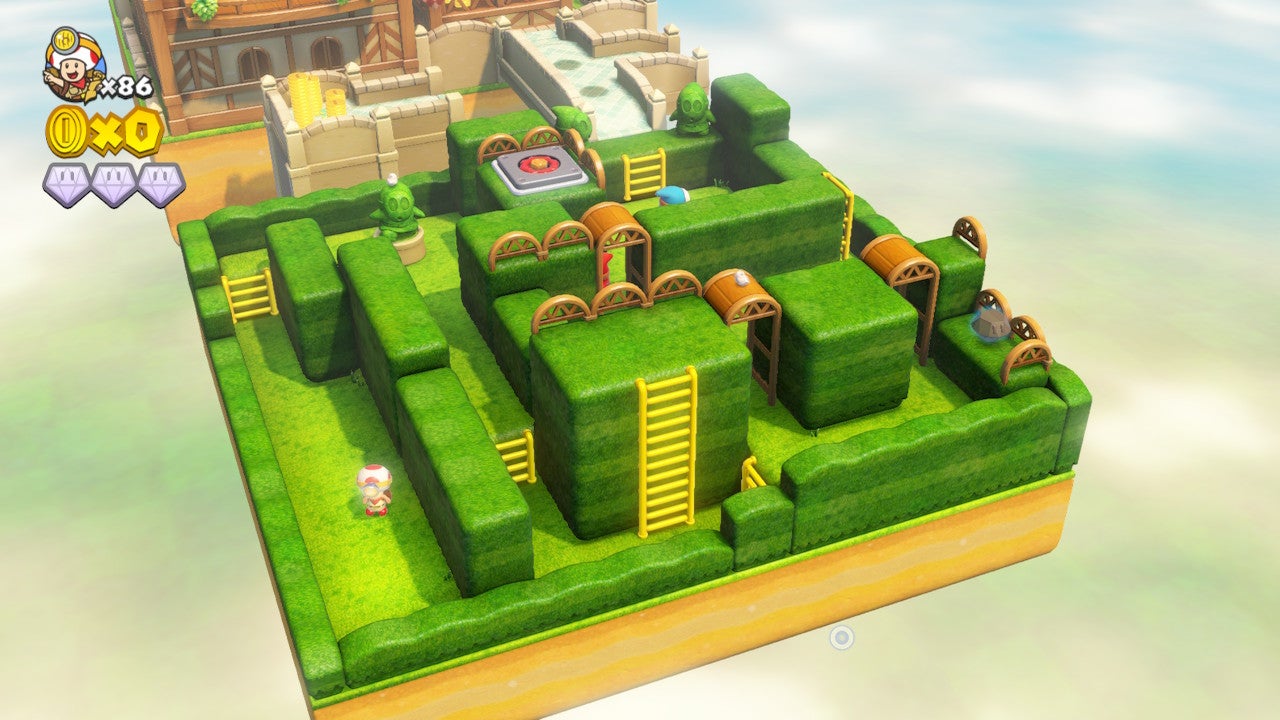 And here’s the Boo spotting version from the Special Episode DLC: 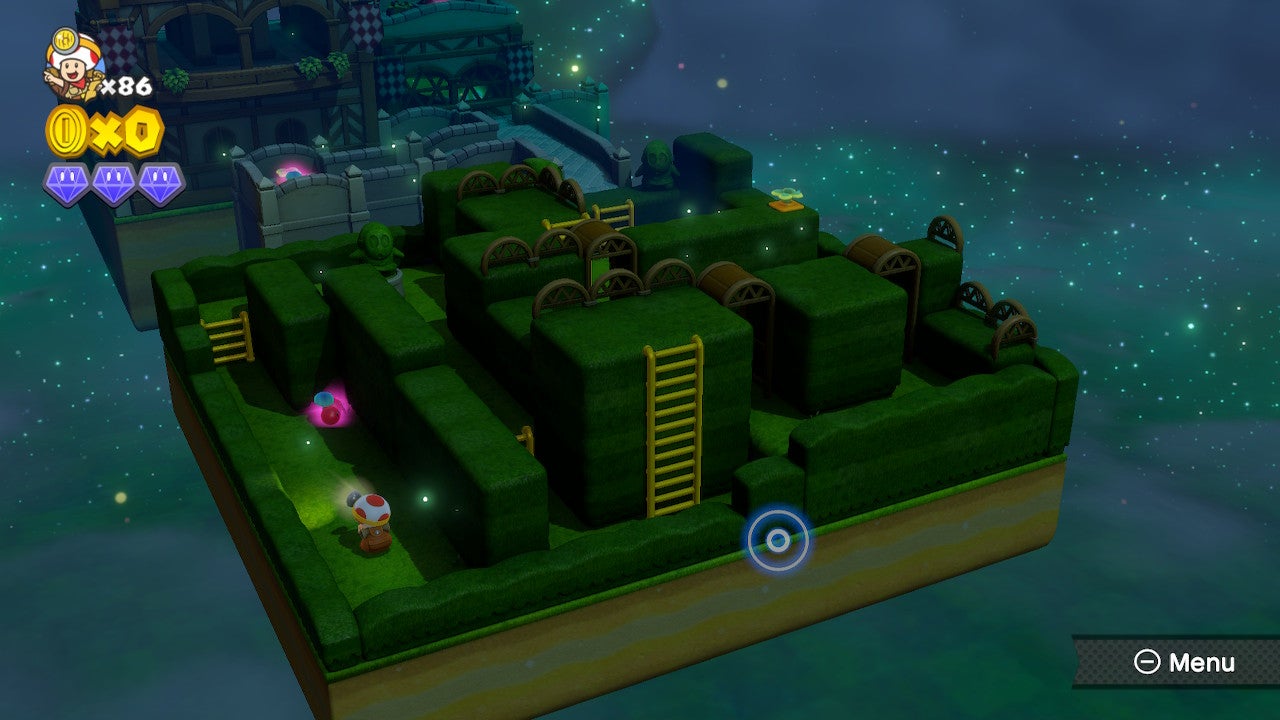 Built with the Switch version of the game’s two-player coop in mind but perfectly playable with a controllable Toad partner, Boo Spotting is Captain Toad’s version of ghost-busting.

As Captain Toad and friend navigate the course, waves of large and small Boo ghosts spawn. While one headlamp keeps Boos at bay, two will scare them away. Once all Boos in an area are exorcised, a torch is lit, and the Boobusters move on to the next area.

If you’re playing solo, keeping the second Toad by the Captain’s side can be a little tricky. It can fall off ledges or get taken out by aggressive spirits, causing the captain to make a beeline for the nearest partner power-up lest he suffer the same fate.

But practise makes perfect, and after game after game of fleeing from these damn spirits, I found it cathartic to finally shine them out of existence. This might be the most fun I’ve ever had in a ghost-themed Mario game level.

I was worried that five new levels and a bunch of recycled stuff wouldn’t make for a satisfying dose of downloadable content for one of my favourite Nintendo games. But Captain Toad: Treasure Tracker’s Special Episode DLC covers old ground in such delightful new ways that it’s well worth revisiting.