I’ve been playing Yoshi’s Crafted World for Switch in advance of its March 29 release, and the thing that’s sticking with me the most is how just plain beautiful it looks.

I know we all enjoy playing our Switches in handheld mode, but you should consider docking that sucker for the duration of your Crafted World play time, so you can better enjoy its visual feast on the biggest screen in your house.

The clever graphical conceit — all of the game’s levels are apparently “crafted” from household objects, looking like a child’s shoebox diorama — can be appreciated even on the Switch’s built-in screen, but you can best take them in on a TV. 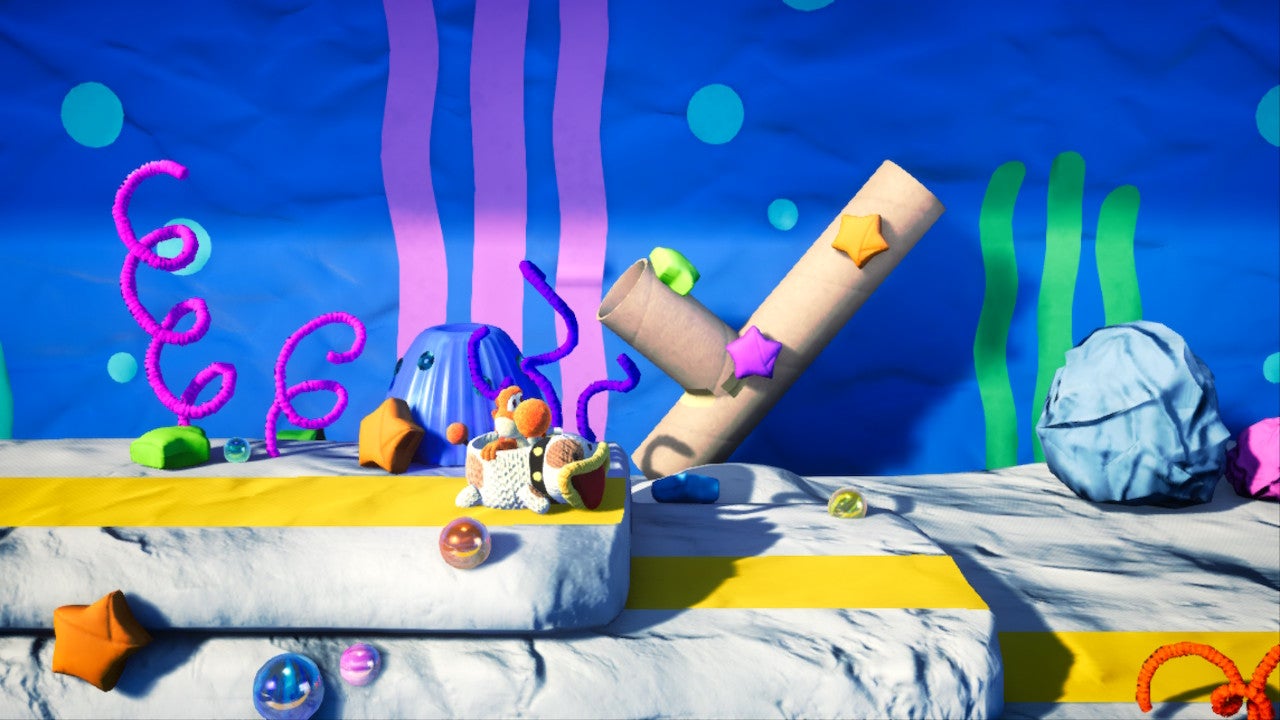 I mean, just look at that. The lighting! The attention to tiny details! The pipe-cleaner coral! The unpainted toilet paper roll suggesting that this diorama was not exactly half-assed but slightly less than full-assed. 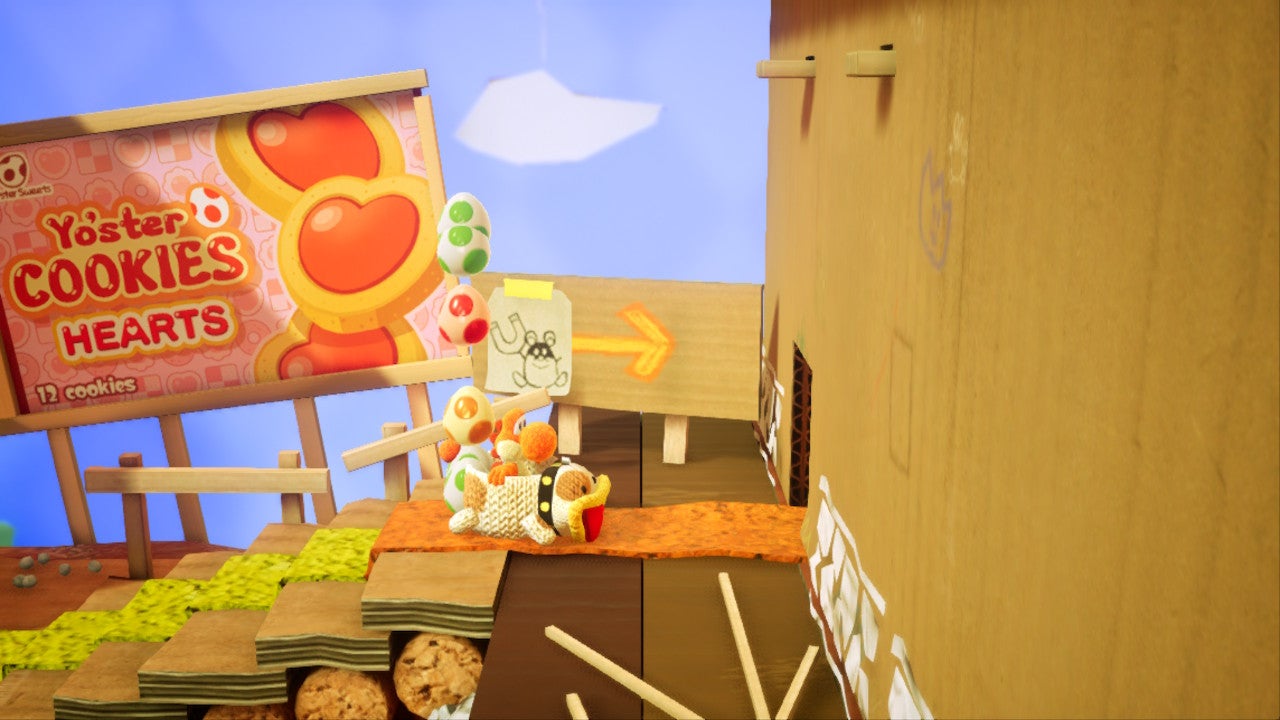 Or this scene. The reflections on the eggs! The slightly warped cardboard on the steps. The remnants of the printing on the “box” that was used to make the building. The lopsided arrow on the sign that was “penciled” in before being coloured over with marker.

Yoshi’s Crafted World, like any good Mario game, rarely repeats its motifs. Each level is a unique concept with a different visual theme and a slightly different gameplay twist. If you want to collect all of the Smiley Flowers in the game, you’ll have to play each of its levels multiple times, from different angles—literally and figuratively.

Once you’ve been through a level once, you can go through again from the opposite perspective and see the “backs” of everything, which of course themselves are packed with little visual Easter eggs for you to find.

You can also go back into the levels to find certain items hidden in the background and foreground. Now, the level becomes a hidden-object hunt, and it gets you to study the background for all the little details you might have missed the first time through.

It’s not simply the attention to detail that makes Crafted World look good; the lighting and the liberal use of the tilt-shift effect really makes it look like a photorealistic diorama.

Even simple things like putting a coin into a vending machine look beautiful. During scenes like this, the game starts deliberately skipping frames of animation to create a Gumby-style stop-motion animation effect.

So far, I’m finding Crafted World to be about what you’d expect from a Yoshi game: A fairly slow, simple platformer that’ll be great for casual players and kids, but won’t put up a huge fight for experienced players. The graphic design is so pretty and imaginative that it’s still going to be quite a lot of fun no matter what your skill level.