Fans Are Finally Coming To Terms With The Vita’s Death

The PlayStation Vita spent much of its brief life dying. Now that Sony has officially ended production in Japan, who’s left to mourn its passing and pour one out for all the good times?

In May of 2015, then-CEO of Sony Computer Entertainment Andrew House referred to to the Vita as a “legacy platform,” eliciting the first wave of reports proclaiming the handheld was dead. As the device’s audience continued to shrink, however, its biggest fans seemed to take some solace in seeing their own passion for the Vita reflected in those who remained.

They could share thoughts water-cooler-style around the Vita Island hashtag on Twitter, or frequent a number of Vita-centric forums around the internet, including Reddit’s own r/Vita. Years later, even those once-vibrant microcommunities have stagnated and decayed.

Once upon a time, the top posts on the Vita subreddit tended to focus on announcements of new games like Digimon World: Next Order or ports like Stardew Valley. Later, they shifted to perennial favourites like people sharing pictures of their Vita game collections, discussing the best new PS4 games to play on the Vita using remote play, and laughing at the latest Vita burn by the Kaz Hirai parody Twitter account.

More recently, the entire subreddit has the feeling of a retirement home. Occasionally, a new user will pop in with a post about how they just got a Vita, love it, and want to know what games are worth checking out, but more often, the posts on the front page revolve around someone trying to diagnose a problem with their Vita as age begins to catch up with it. The touch screens are becoming unresponsive. Static is coming out of one of the speakers. Games keep freezing. 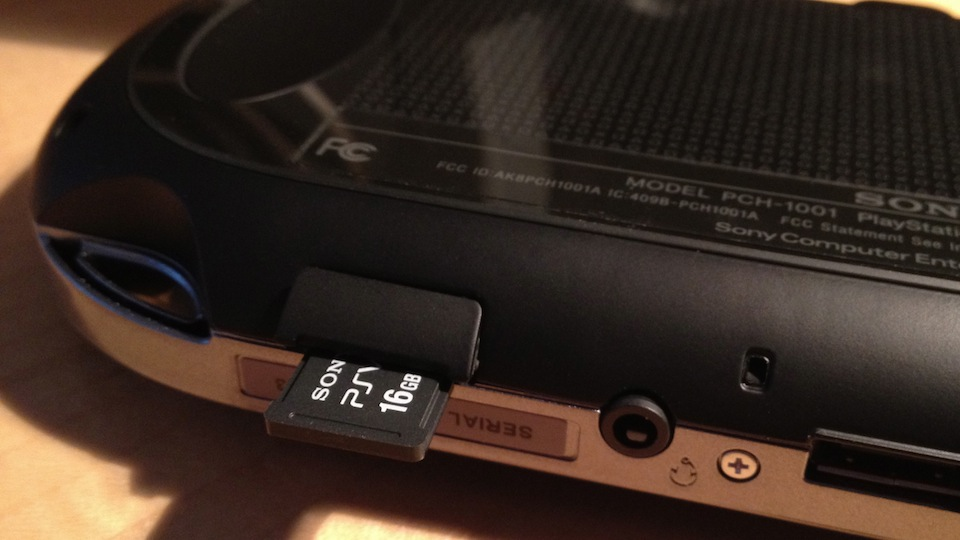 The only real news that does come through almost always has to do with something Vita-related dying. Vita Lounge, once a premier fan site, stopped updating with news and reviews some time ago. Now the site no longer loads at all. The PlayStation blog used to feature a Vita shortcut button at the top of the page. Today fans woke up to discover it no longer does.

Occasionally someone will ask which online Vita games still have players. The answers are always slim pickings.

A bizarre strain of gallows humour has also taken hold in certain parts of the Vita subreddit. A couple months ago some users starting shitposting about Michael Jackson: The Experience, a 2010 music game Ubisoft probably regrets ever making that was ported to just about every platform, including the Vita, despite being generally loathed by everyone who ever came into contact with it. In posts that have since been deleted, they would talk it up as a hidden gem in the style of a hundred other posts doing the same for other forgotten Vita games.

“There’s definitely undertones of defeat,” one of the posters told Kotaku in an email when reflecting on the Vita subreddit. “After the Switch came out, I think most people there had to accept they were talking about an antiquated piece of history. Personally I think the sub’s at the point where Michael Jackson shitposting is a ‘shot in the arm’ rather than unnecessary spam. That’s a bit sad.”

Other forums dedicated to the Vita aren’t in much better shape. The GameFAQs Vita Message Board is similarly awash in posts like “How long will Sony keep the store up?” and “How does a memory card die?” In the ResetEra thread devoted to the Vita, it’s not unusual for days or weeks to go by between posts.

With Vita games no longer a part of each month’s PlayStation Plus offering, there are fewer and fewer opportunities for Vita fans to connect on the official PlayStation Blog either. All the ones that do have to talk about is which of their favourite games had once been free to download in months past.

The Vita Island hashtag on Twitter still has a little life in it, like messages in a bottle being cast into the ocean. You can still search the words on Twitter to find Vita owner’s joyously blasting off pictures of their modified console or whatever Vita game they’ve currently fallen in love with.

But it seems like the momentum Vita enthusiasts clung on to is finally fading. Acolytes seem to be running on fumes now that it’s clearer their passion alone won’t propel the handheld toward some future. Still, no one can accuse them of not making the most of it while it lasted.