dungeons and dragonsexploding kittensgaming shelfio9kingdom heartsrpgstar warstabletop games
Facebook may have decided that you shouldn’t see the news, but we think you deserve to be in the know with Kotaku Australia’s reporting. To sign up for our daily newsletter covering the latest news, features and reviews, head HERE. For a running feed of all our stories, follow us on Twitter HERE. Or you can bookmark the Kotaku Australia homepage to visit whenever you need a news fix.

Welcome back to Gaming Shelf, our regular column all about the latest in tabletop and roleplaying game news — focusing on the coolest in sci-fi, fantasy, and genre storytelling.

The latest batch of games includes some really exciting announcements, including a Kingdom Hearts edition of a classic tabletop fantasy game. But, I’d also keep an eye on some up-and-coming “zine editions”, consisting of standalone and single-campaign roleplaying games — plenty of exciting finds, especially for inexperienced players. I highlighted a few below, though I’d definitely check Kickstarter and similar crowdfunding sites for more. 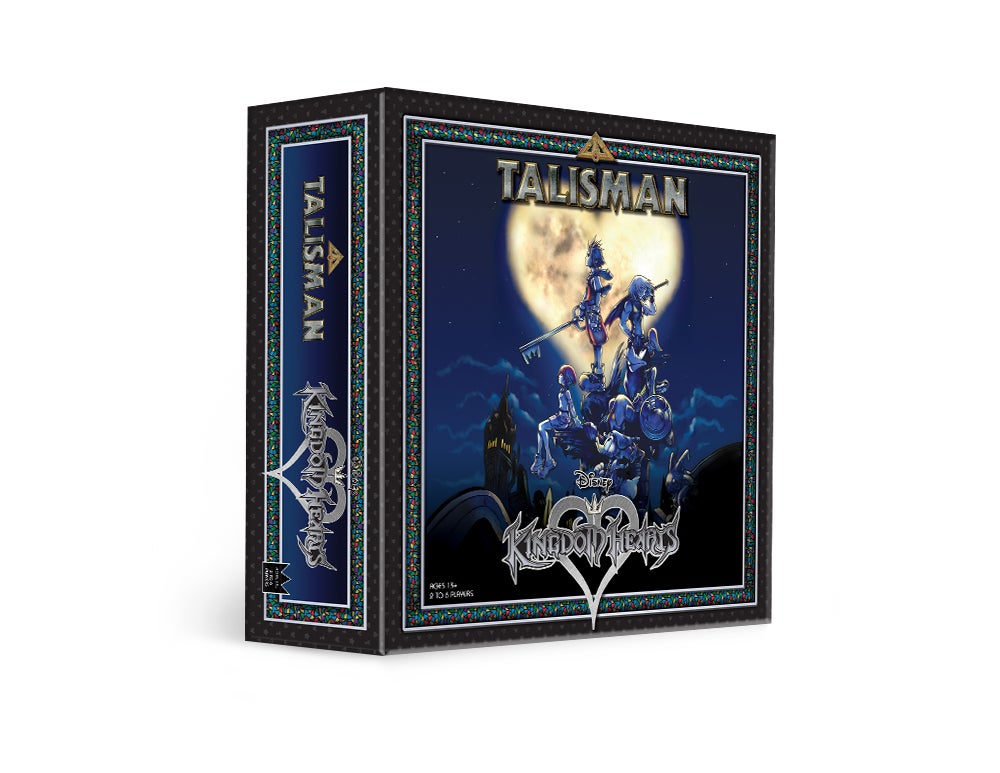 The classic fantasy game is going Disney! Well, Disney-adjacent. USAopoly has announced Talisman: Kingdom Hearts Edition, a licensed version of the iconic adventure hobby game set in the world of Kingdom Hearts. Players take on the role of key Kingdom Hearts heroes like Sora, Kairi, Riku, and others to seal away the Door to Darkness and protect all worlds from the Heartless. No release date or price has been released.

Z-Man Games has announced pre-orders are now open for Lift Off, a strategy card game where players compete with each other so see who can build the best space agency and explore the cosmos. Tasks include developing new technologies, building rockets, and going on missions. It’s available for $85, and the expected release date is sometime this month. 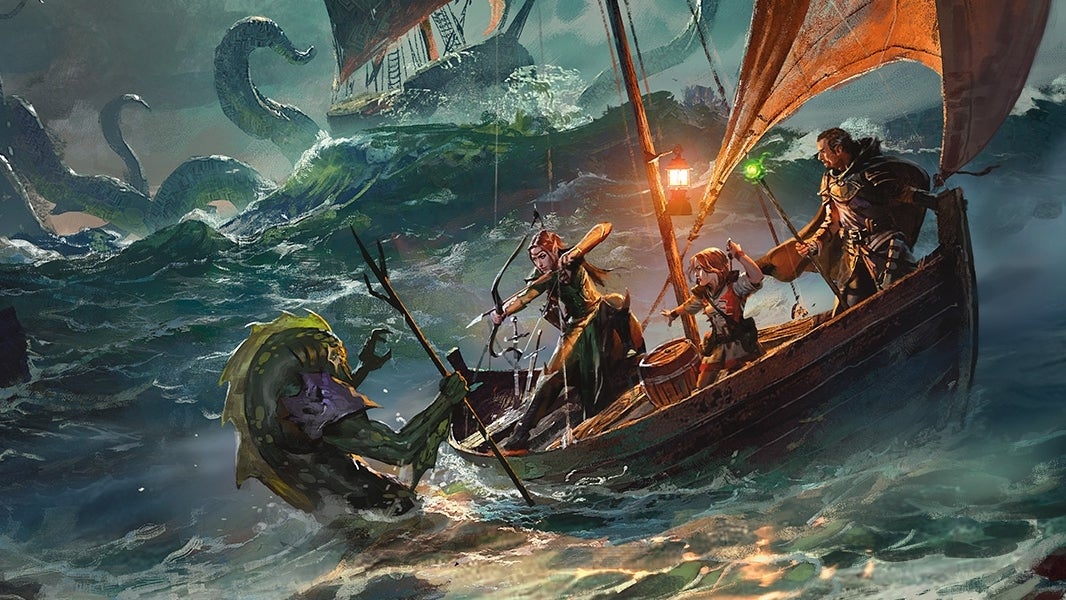 Dungeons & Dragons heads to the sea. (Image: Wizards of the Coast)

Following an Amazon leak, Wizards of the Coast announced that the next Dungeons & Dragons publication will be Ghosts of Saltmarsh. It incorporates and updates some classic D&D adventures for fifth edition, including several nautical adventures from Dungeon magazine. This new adventure also features details for the port town of Saltmarsh, as well as cover mechanics for ship-to-ship combat.

Renegade Studios has unveiled a new dice game called Hex Roller, which pits players against each other using a shared pool of dice, filling up regions on the board and connecting lines of numbers in order to get points. 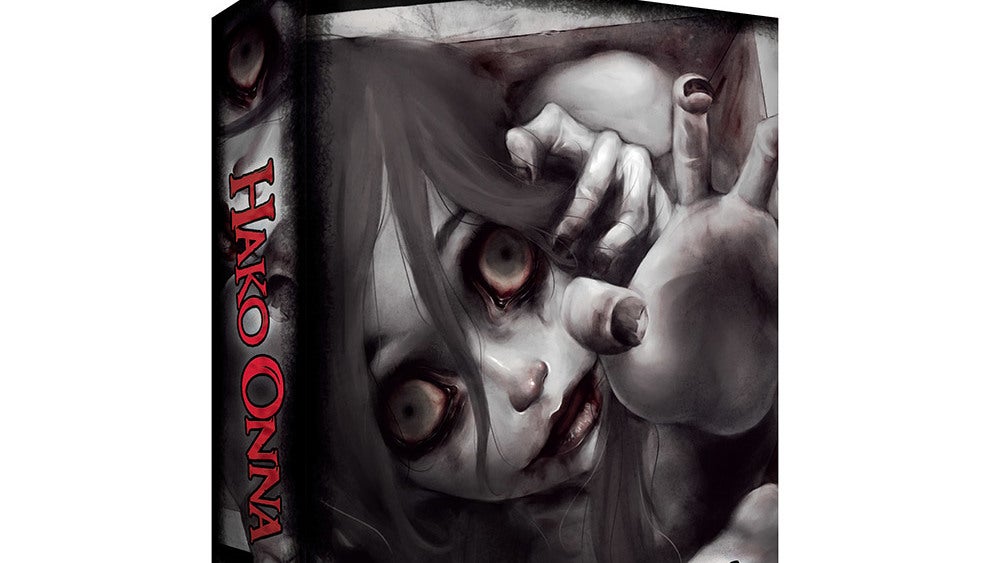 The popular Japanese supernatural horror game is finally coming to the west. Think of WizKids’ Hako Onna as a mix between Betrayal at House on the Hill and The Grudge. One player takes on the role of the Hako Onna, which translates to Woman in the Box, as the other players try to escape her mansion home. It’s a game of deadly hide and seek, as players seek to avoid the Hako Onna while making their way to the exit.

Also, holy hell, the description for this game is terrifying:

The scary men arrived. My father, in a panic, pushed me down into a way-too-small box. I heard my bones snap, but dared not scream. I heard angry voices…then nothing. Father never came back. I was left alone. That was a long time ago. I’m not alone anymore. Sometimes, people come play. I like to play hide and seek. When I tire of playing, I eat.

Following a successful Kickstarter campaign, Invisible Sun is now available on DriveThruRPG. Described as “a roleplaying game of surreal fantasy,” players take the form of vislae, wielders of magical abilities, who’ve recently returned to their bizarre, dreamlike world called the Actuality. It promises to be an incredibly involved and complex roleplaying game that’s not for the faint of heart—that’s probably why it has about 1,000 pages worth of content and costs $US99 ($140) to own. Probably best to stick to the digital copy for that one.

IDW Publishing released a statement announcing that the company will no longer be working with Ninja Division, a tabletop game and miniatures company. This follows the news that Ninja Division is facing queries from the Idaho Attorney General’s office for failing to ship out finished copies of at least four games it’s funded on Kickstarter over the years.

Ninja Division had been hired to create six hero miniatures for the board game. IDW has already hired a new sculptor for Men in Black/Ghostbusters, but Wayward’s release has been pushed back to an unknown date so IDW can get a new team and redesign the miniatures.

I find your lack of availability disturbing. Fantasy Flight Games is getting into the exclusivity game with the Darth Vader Commander Expansion for Star Wars: Legion. It’s a limited-edition resin Darth Vader miniature that will only be available at Star Wars Celebration in Chicago, which takes place between April 11 and 15. It looks awesome, and comes with all of Darth Vader’s signature command cards and his upgrades, meaning the Sith Lord can wield some heavy damage on the battlefield.

Cryptozoic’s card game, Million Dollars, But… The Game (based on the Rooster Teeth show) has a new deck called the Anime Expansion Pack, which features 30 new cards for the nerdy daredevil looking to discover what exactly they’d be willing to do for one million dollars. Insert tacky Austin Powers joke here.

Sometimes, it’s hard to find a cool tabletop game that you want to play by yourself. If that’s something you’ve been craving, there’s Civitas Nihilium by James Bradley. The solo tabletop game has you playing as a veteran detective three days from retirement, who gets paired up with a rookie on the final three missions of your career. And there are countless missions and characters to choose from. The crimes you choose, and how you respond, shape the future of the city. A nifty detail is that the game comes with its own soundtrack, featuring cool music and voice actors performing different parts of the game.

Civitas Nihilium will be on Kickstarter through March 30. The minimum pledge to receive a full copy is about $113, and is expected to ship in September.

This roleplaying game reached its fundraising goal in 42 minutes—tells you all you need to know about how amped people are about this one. Shadows of Kilforth, the sequel to Tristan Hall’s award-winning Gloom of Kilforth, is a roleplaying card game for one to four players. The heroes work together, or against each other, to brave the wilderness of Kilforth and defeat the evil entity called the Ancient. By day, players explore ruins and gain rewards, while night brings forth the titular “gloom” that threatens the entire world.

Shadows of Kilforth has well surpassed its fundraising goal, and will be on Kickstarter through March 31. Minimum pledge to receive a copy is about $92, and is expected to ship January 2020.

The team behind Exploding Kittens is now turning to weaponised burritos. Throw Throw Burrito is a mix between a card game and dodgeball. Players work to collect matching sets of cards—while throwing and dodging cute, squishy burritos. It’s a combination of strategy, dumb luck, and physicality. You might be terrible at matching card sets, but if you’ve got a good throwing arm, you might still emerge the victor. Throw Throw Burrito has well surpassed its fundraising goal, and will be on Kickstarter through March 29. Minimum pledge to get a copy is $28, and it’s expected to ship in September.

Escape From Dino Island is a Jurassic Park-esque roleplaying game based on Apocalypse World by D. Vincent Baker and Meguey Baker. It’s a zine edition, meaning it’s designed for a single campaign that takes place over one or two sessions (for the price of a cup of coffee). Players are trapped on an island filled with dinosaurs, and have to do whatever they can to survive and escape. The game comes with over 20 locations and dozens of dinosaurs—including some strange ones you might not be familiar with. Escape From Dino Island will be on Kickstarter through March 28. Minimum pledge to receive a digital copy is $7, and it should come out in May.

Now this is an alt-history I can get behind. Dangerous Times takes place during 1920s New York, at a time when the world has just discovered magic. Players take on the role of journalists seeking to find the truth (or truth-ish-ness) and report stories about this new phenomenon taking over the city. Each session revolves around a single “issue” of a publication, as reporters gather information, find themselves in troubling situations, then figure out what to report and how.

Will you tell the full story, or stretch things a bit to sell more papers? Dangerous Times has reached its fundraising goal, and will be on Kickstarter through March 29. Minimum pledge to receive a digital copy is $13. It’s expected to be released in April.