For A Brief Period, Anthem’s Loot System Was Much Better – Then BioWare Fixed A Bug

For a short while over the weekend, Anthem was practically showering players with loot. Players thought this might be the result of changes that came in Saturday’s big 1.0.3 patch, but it turned out it was a bug. Now, despite welcome improvements from the new update, players are back to the same toilsome grind, with some even threatening to boycott the game.

On Friday night, players started to realise something was different when they began getting multiple Masterwork and sometimes even Legendary items in a single end-game Stronghold mission. Whereas Anthem had before been stingy, it was now raining loot.

Players on the game’s subreddit, unsure whether the new loot changes were intentional or just a bug, begged BioWare to keep them. Then patch 1.0.3 went live a few hours later and the spigot shut back off.

The update was originally supposed to go live on March 12, but BioWare released it ahead of schedule, possibly because it included changes that would stop the game from crashing some people’s PS4s.

In addition to addressing bugs and stability issues, 1.0.3 introduced a number of quality of life improvements like making it possible to launch a mission at any time while walking around the Fort Tarsis hub.

The only thing it did to the loot system was make it so common and uncommon items no longer drop for high-level players, leaving the hunt for the best Masterwork and Legendary items still mired in grind. And leaving many players wishing that the game could revert to that bugged state from Friday night. 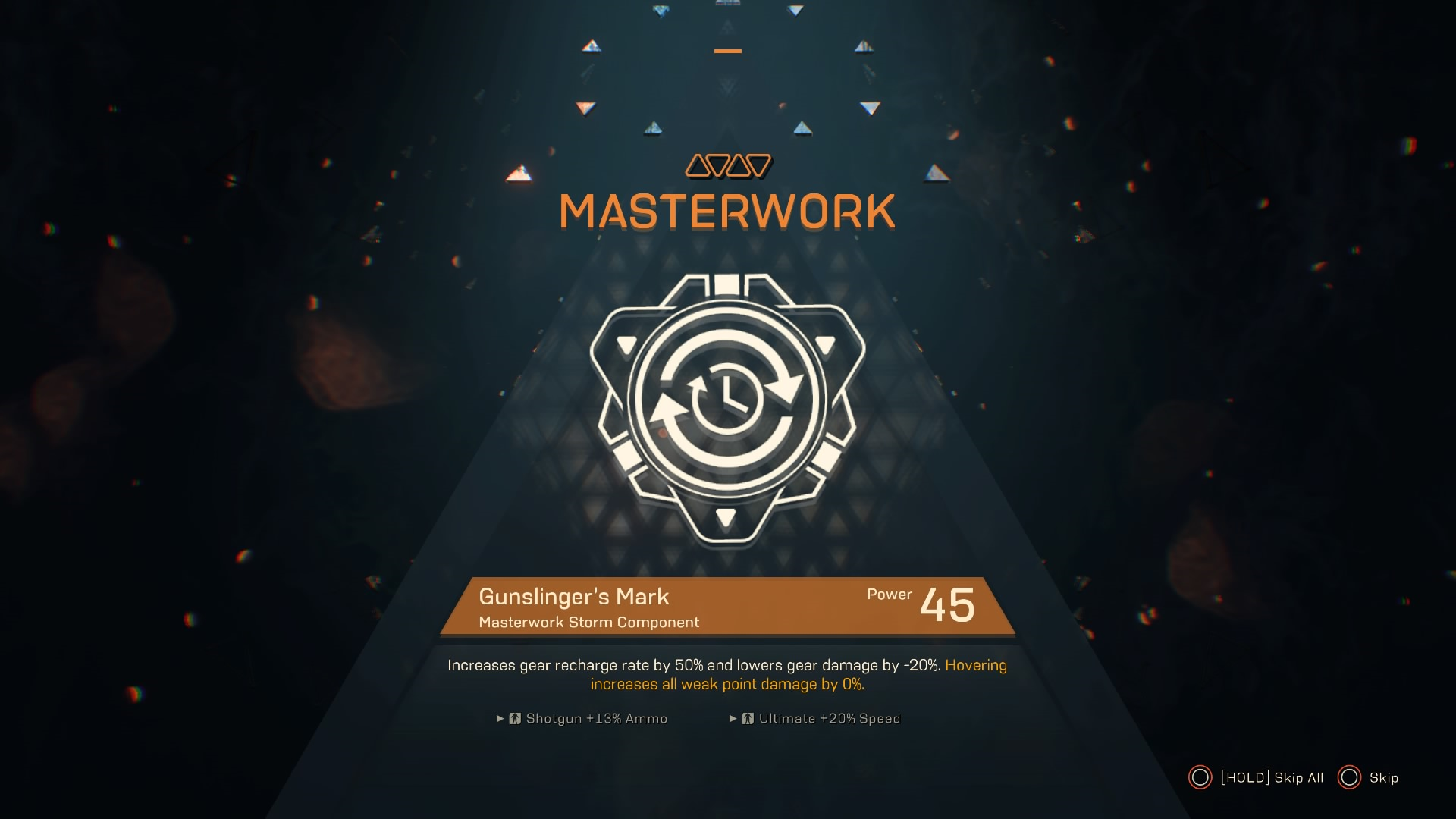 “‘Bugged’ loot was the best Anthem had felt since launch,” one player wrote on Reddit. This isn’t the first time this has happened. Anthem’s loot drop rates spiked just prior to the release of the day-one patch as well.

Players were frustrated when BioWare reverted the changes and also fearful that by erring on the side of being stingier with the game’s loot, Anthem might struggle to win over new players. That was back during the game’s early access period for paid EA subscribers, however. This second time around, the rest of Anthem’s player-base has been able to experience the tumult and the backlash is even stronger.

In a post that’s received thousands of upvotes, one player is calling on the community to protest the loop drop changes by refusing to play the game again until the weekend. “Get your point across, simple as that,” wrote Reddit user Afinda.

“Stop Playing the game for a whole Week (Hopefully with the support of the entire Subreddit) to show BioWare that all it’d take for us to really enjoy the game, is to receive loot.” It’s unclear how many players will actually do so, or whether the post’s popularity is mainly due to the sentiment. EA doesn’t make public the player numbers for the game on PS4, Xbox One, or PC, so there’s no way to know whether the latest loot debacle has indeed turned players away or not.

“We appreciate all the feedback from the community on the game. We love the passion and share it. We’re not yet fully happy with the game’s loot behaviour either,” Chad Roberton, BioWare’s head of live service, tweeted Saturday night. “One of the downsides of moving so fast to improve is that we’re making changes to complex loot systems in several areas and it’s then harder to know how it’s performing.

“In the next few months, we’re expecting to make significant changes, but we’re starting with some incremental ones so we can better navigate that evolution. Our goal is to ensure the best possible player experience.”