Battle royale game Apex Legends has only been out for a few weeks and Fortnite is already copying one of its best ideas, with today’s Season 8 update adding a ping system alongside other new stuff like pirate ships and a giant volcano.

One of the most refreshing things players discovered about Apex Legends, which came out February 4, was that they didn’t need to get on a mic to strategize with whoever else happened to be in their three-person squad. Instead, they could simply press a button to ping their teammates about enemy locations and unopened equipment caches. Now you can do the same thing in Fortnite.

While it was already possible to set markers on the map in Fortnite, they wouldn’t contain any useful information for other players on the team. Now, placing those markers on items will highlight them and display their rarity, while placing markers when aiming down sights will ping out the area with a red dot that lets other people know an enemy is there. 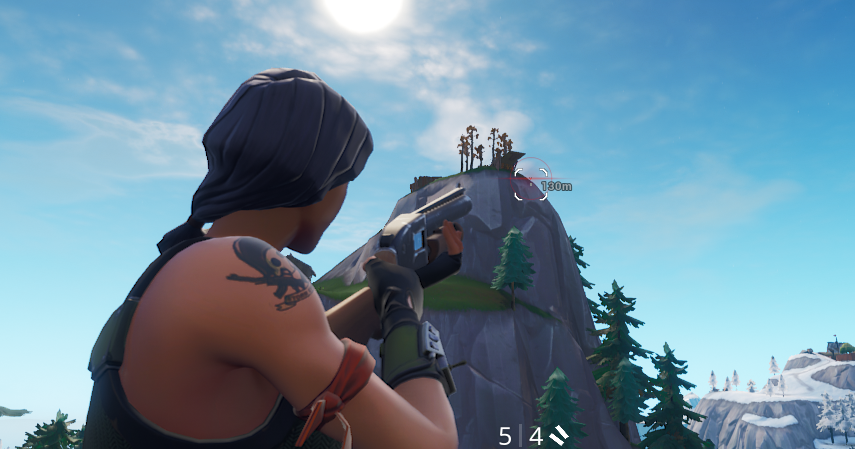 The studio behind PUBG even tried to sue Fortnite over the similarities, a legal action that ended up going nowhere. What is impressive is how quickly Fortnite developer Epic Games was able to adopt one of the advantages of a competitor.

Pirates feel played out but the canons alone are worth it. (Screenshot: Kotaku, Fortnite)

Of course, that’s only one small part of the Season 8 update. Epic Games did add original stuff as well. The world map has been altered once again, with a new volcano surrounded by heating vents that players can use to boost themselves back into the air replacing the Wailing Woods.

A pirate hideout called Lazy Lagoon has also been added, complete with a galleon and small fort. In keeping with the pirate theme, the new update has also introduced pirate cannons that function like vehicles. Arguably even more fun than the new map changes, the cannons can be pushed around like the game’s old shopping carts and used to fire cannon balls at enemies.

Players can even hop inside and use the cannons to launch themselves long distances, an especially useful tactic now that players can re-deploy their gliders whenever they’re back in the air. 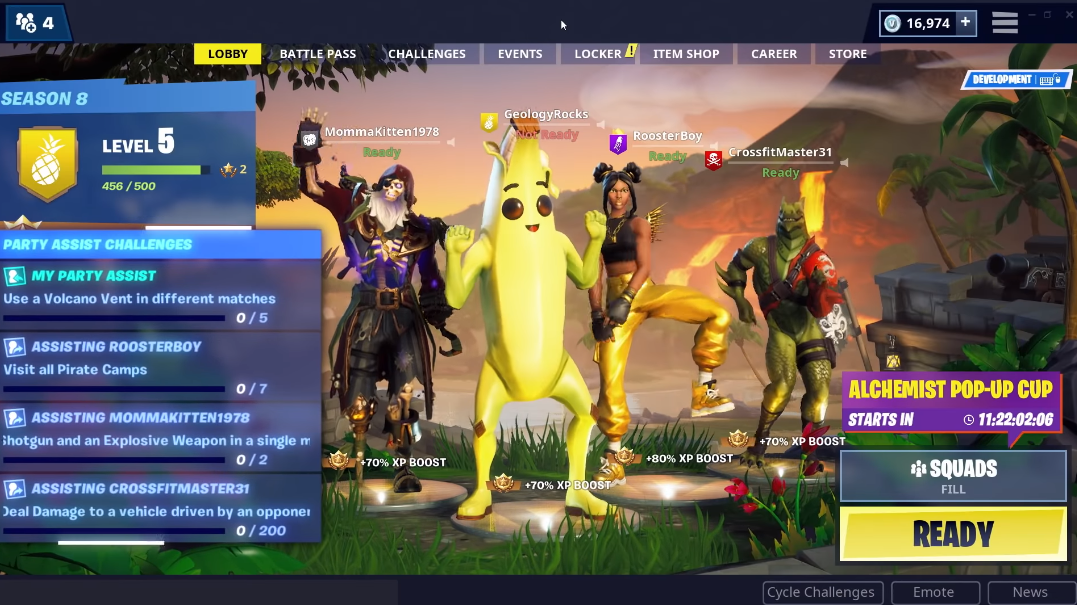 And of course there’s a new battle pass full of the usual rewards like new emotes, stickers, and cosmetics. The only one you really need to know about is the banana costume, which slowly ripens the longer you survive in a match, giving really good Fortnite players and the front pouch of my backpack something in common.