Fortnite Pros Still Don’t Have A Good Way To Practice 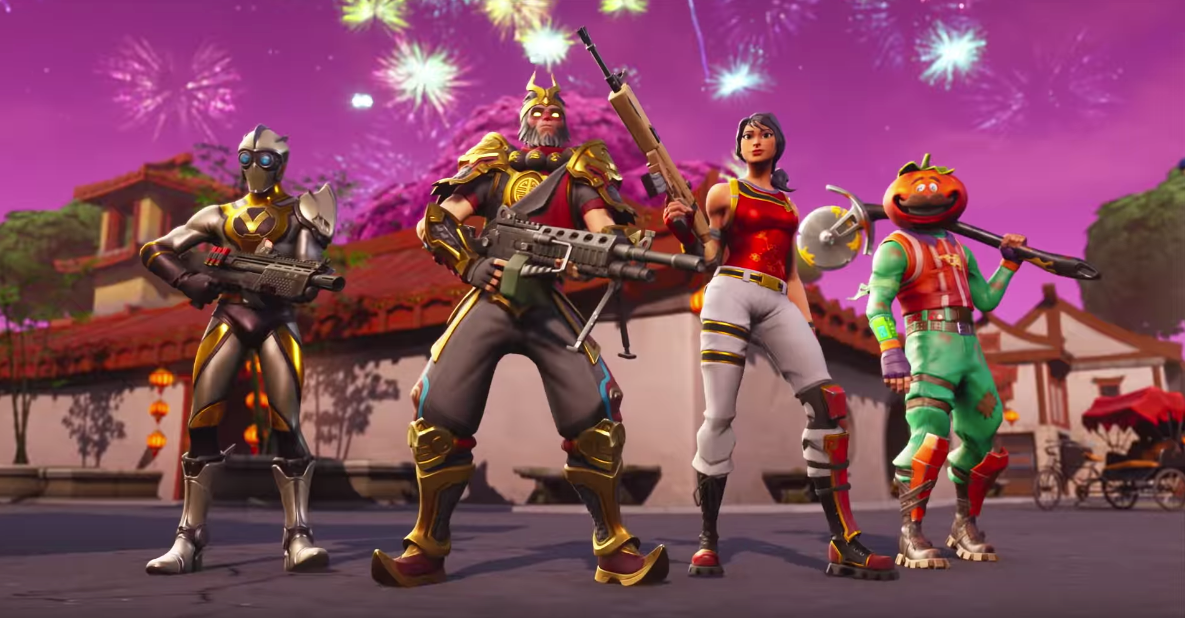 Fortnite’s World Cup begins April 13 and will be comprised of weekly online matches leading up to a final with a $US30 ($42) million prize pool in July in New York City. The weekly tournaments each have a $US1 ($1) million pool, which means there’s a lot of money on the table for would-be pros – if they can find a reliable way to practice for it.

The only way to get better at Fortnite’s battle royale mode is to play it. There are no dedicated practice modes. In yesterday’s patch, Fortnite released its new competitive mode, called Arena. Arena is a solo- and duos-only ranked mode through which players can qualify for Fortnite’s Online Opens and, if they manage to “climb to the top,” they could end up qualifying for the World Cup.

While this ranked mode will go a long way toward separating players who want to play competitively from those who just want to create mayhem, it’s not quite the dedicated practice environment Fortnite needs to become a truly viable esport.

In early March, esports consultant Rob Breslau pointed out on Twitter, “Fortnite will have the largest esports prize pool in history with 30 million dollars on the line but players can’t practice for it because there’s no custom games.”

Currently, Fortnite doesn’t have widely-available custom servers that would let pros practice against each other. As Fortnite’s esports scene grows, that’s become a more glaring problem. Ceice, a professional Fortnite player for 100 Thieves, told Kotaku, “Managing practice and getting competitive matches can be difficult at times… The practice time we’re getting right now is nowhere near what we should be getting, and is below average compared to any other competitive game. Hopefully within the coming months we will see more changes to this, including a more competitive system for practice.”

Technically, Fortnite does have the option to create custom matches, but the feature isn’t available to all players. In February, Epic began testing custom match keys, but they were only available to certain players at the developer’s discretion. (Epic Games did not respond to questions about whether it has plans to make custom keys more widely available in the future.)

This means that currently, Fortnite’s pro scene doesn’t have consistent access to the controlled environments that are standard in other competitive games like Overwatch and CS:GO, which have options like custom matches, local games, or training matches with bots. Other battle royale games like H1Z1 and PUBG also have options for custom matches.

“We as players need to be able to adapt to patch changes and new game updates very quickly.”

Currently, one popular workaround for this problem is by organising “pro scrims” via Discord channels. Elevate, a Fortnite player for 100 Thieves, called these scrims “an older method that has been used really since Fortnite came out.”

These Discord scrims are usually done by invite only, based on player rank. Players use Discord to coordinate regions and times to play. After a countdown, players search for a game to join at the same time, hopefully getting into matches with each other.

“Typically, the pro players will all hop into a discord together and ‘queue snipe’ each other to scrim. This is where they host a countdown and all queue into game at the same time in the same region so that they can, for the most part, all end up in the same game lobby, allowing them to play against each other in public games,” Lauren Laracuente, assistant general manager for professional Fortnite team Rogue, told Kotaku.

But these scrims can, of course, be unpredictable, with no guarantee that players will end up in the same matches. Sometimes, unsuspecting lower-level players end up in pro scrims, causing issues for pros looking to practice.

Professional players can also use Fortnite’s rotating series of tournaments to practice, but these are time-limited and difficult to plan around. 100 Thieves player Kenith told Kotaku, “We as players need to be able to adapt to patch changes and new game updates very quickly. For example, if Epic introduces a pop-up cup between 3-6pm, then that’s our best practice for the day. Recently they’ve been working on introducing 24/7 modes, but it can also be fairly hard for us due to long queue hours and lack of other competitive participants.”

There are other issues besides the availability of tournaments. Earlier this week, FaZe captain Cloak tweeted about his concerns with online qualifying matches, “Me and TTfue had 6/10 lobbies with 0 pro players in them. Yet I watched 72hrs and VividFN played 10 games with almost full lobby of pros each game.”

A more consistent, if not entirely ideal, means of practice is by using Fortnite’s creative mode. These private islands are limited by how many players can join, so they can’t really simulate a full game, but players can create custom maps and modes that let them practice certain skills or game situations.

Rogue’s Laracuente told Kotaku that practising in creative mode allows players to “fine tune their abilities without being forced into a live match. They can practice things over and over until they can do them in their sleep.” Team Complexity also uses custom maps made in creative mode; a PR manager for Complexity told Kotaku, “Complexity employs a dedicated Fortnite analyst and creative designer who designs custom maps for Complexity players to hone individual skills, develop strategy, adapt to in-game scenarios and more.”

FaZe’s Ramon Perez concurred, “Pro players also like to play in creative Fortnite maps. These type of custom games focus on key elements in Fortnite that help pro gamers practice different scenarios. Turtle Wars/Storm Wars, for example, allow pro players to focus on close quarter combat where they [are] practicing building in really small areas having to edit they’re [sic] own builds to move around, which simulates a Fortnite ‘end game.’”

For now, these methods are all player-created workarounds, ones that will hopefully become obsolete as Epic continues to update Fortnite’s competitive environment. Rogue’s Laracuente, for one, is hopeful that Arena mode will be “a good opportunity to get some good practice in for the [World Cup] against players of similar skill.”

For better or worse, though, Arena is still open to all players. There’s something inspiring about Fortnite’s current free-for-all nature—any player could find themselves in a match with a streamer or pro.

The open nature of the tournaments and of Arena mode also means that any Fortnite player could, technically, grind their way into a big win. Fortnite has made its name on its widespread availability, through being free-to-play and available on more or less every platform imaginable. But as the game continues to stake its claim in esports, a division between pro and regular play is going to emerge. And no matter what, that’ll be different.