Fortnite Season 8 is here, which means a new battle pass. With it apparently comes a dose of nightmare fuel.

Pictured above is Peely, a skin that unlocks when you reach level 47 of the battle pass. Peely is a banana that, according to its description, changes colour as it ripens over the course of a match. Season 8 is pirate-themed, so we have this banana, because… sure.

Bananas have had a dubious connection to pirates ever since Sea of Thieves showed its pirates eating one, peel and all, as a health boost. Outside of games, though, bananas appear to be considered bad luck on ships, at least according to some sailing communities. Snopes claims that shipboard bans on bananas extend “even to items bearing the word ‘banana’ or anything evocative of it, such as Fruit of the Loom underwear, Banana Republic apparel, and Banana Boat sunscreen.”

I used to live on a boat and I did not know this. That said, I do think bananas are disgusting and refused to have them on board anyway. Do I just have an instinctive affinity for the ways of the sea? Clearly, yes.

Putting aside the logical leaps required to consider a banana topical for a pirate-themed season, let us now consider this particular banana. Fortnite is known for some wild skins, but this is beyond the pale. Look at Peely’s oddly muscular arms and legs. Sure, it’s running and jumping and doing other athletic Fortnite stuff, but I don’t need a food I hate to be this buff. Additionally, note the stem ends on Peely’s head, knees, and elbows. So, were its elbows originally part of its skull? To investigate this question, I have attempted to recreate Peely’s birth by contorting my body in unusual ways: getting on my knees, pressing my heels into my butt, then extending my elbows above my head and gripping my shoulder blades with my hands. This demonic yoga left me deeply unsettled and a little sore. My conclusion: Peely is not natural. 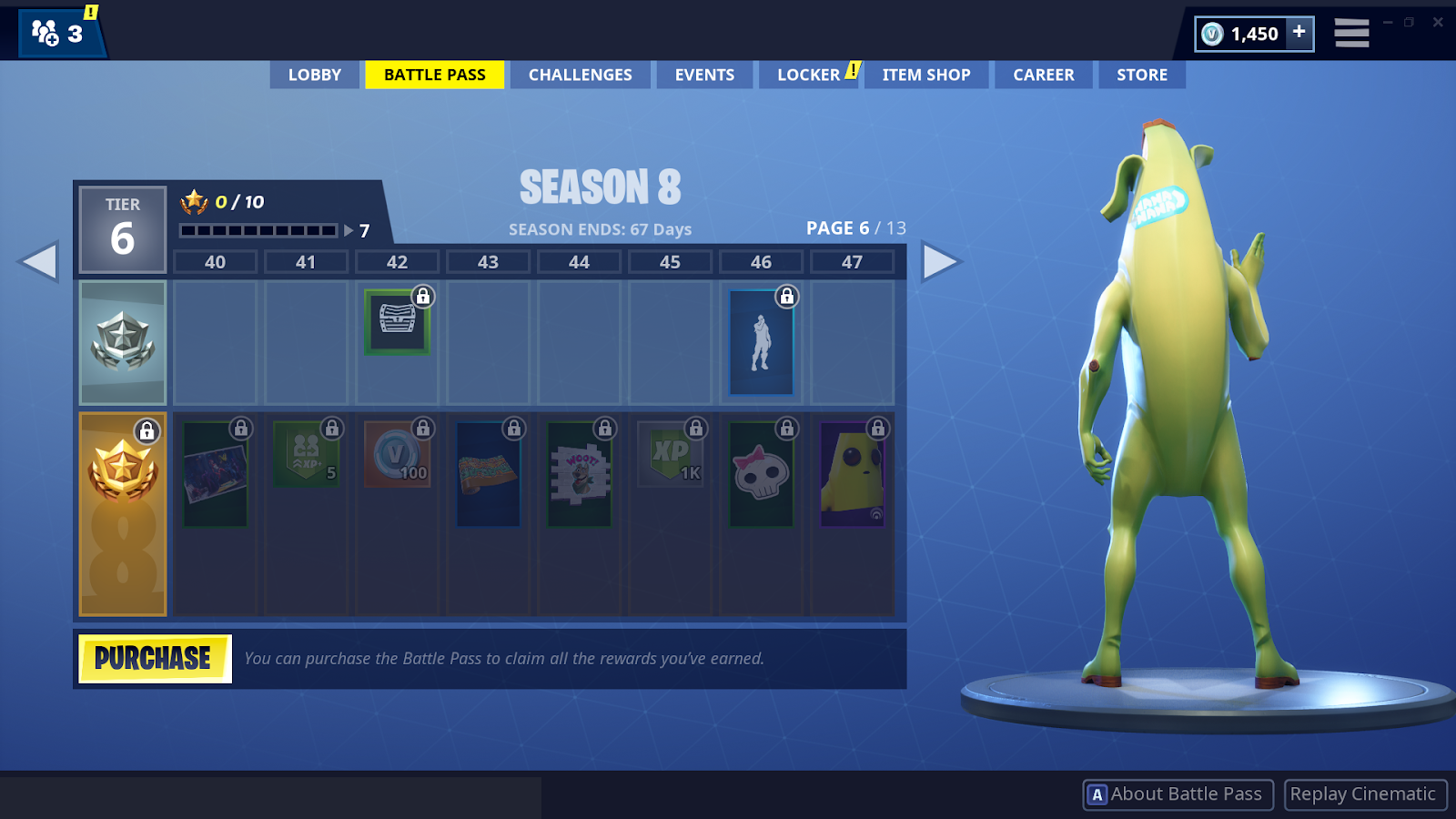 Peely raises gameplay questions as well. On the Fortnite reddit, players who want to get headshots are admitting they can’t figure out where exactly Peely’s head is. In one of these threads, a player notes, “I don’t think it is a man in a costume considering it blinks. None of the other mascot characters blink.” This is a terrifying possibility. Peely is, in fact, a banana person, not a person dressed as a banana. What terrible curse created it? What other fruits could meet this fate?

Does Peely know it’s an abomination before the Lord? A Twitter Peely parody account asks, “Do I look like a fucking demon to you!? Actually, don’t answer that.” Peely doesn’t even need Twitter users to give voice to its torment. Just look at it dance:

The people can see that something is not right here. “Peely from Fortnite has dead eyes,” writes one Twitter user. “What in the nightmarish hell?!?!” demands another. Others, clearly deciding not to run afoul of this monster, claim to like or even love it to avoid incurring its wrath.

There are claims of people loving Peely or of Peely being their favourite skin, but these claims are merely sage self-preservation. It is best to respect Peely, to appease it through victory royales, lest it run rampant over our land.

Truly, the poet Coleridge predicted this monster back in his 1798 epic poem “Rime of the Ancient Mariner:” “The very deep did rot: O Christ!/ That ever this should be!/Yea, slimy things did crawl with legs/Upon the slimy sea.”