Hoosiers point guard Devonte Green, a shooter, has a very appropriate tattoo (among some other games-related art) on his left arm: the infinite ammo cheat code for Grand Theft Auto: San Andreas on the PS2.

LakeShowYo spotted it a couple of days ago, highlighting it in this tweet:

he really got the GTA: San Andreas unlimited ammo cheat code tatted on him because he’s a shooter ???? pic.twitter.com/hmArElN1ht

Because it’s tiny and at an angle, here’s a better look: 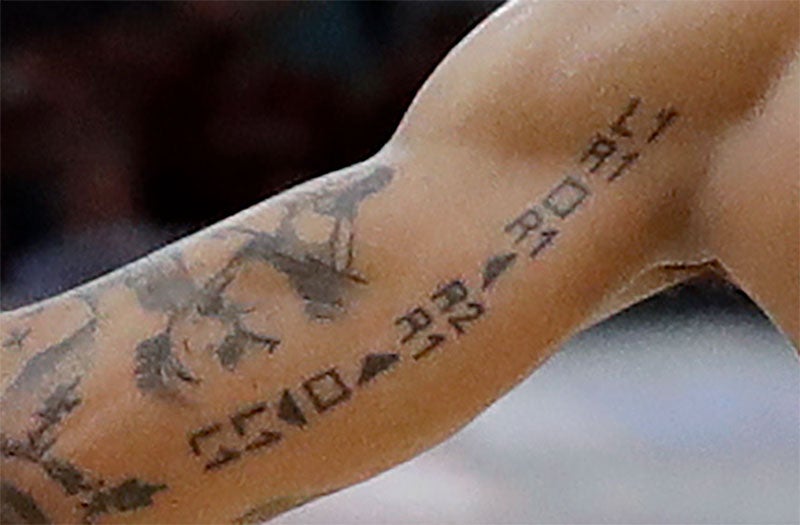 I love it! We’ve all seen Konami code tattoos, but this one is so weirdly specific that you can tell it came straight from the heart.

Just like the giant “IMACHEAT” I’ve got emblazoned in SimCity 2000 font across my chest.