And now he’s made a wooden cheeseburger than plays NES games. He calls it the Game Burger Advance.

Tiny PCs and LED screens are all over the place these days, so anyone with a little know-how can cobble together a retro console. But Hulton doesn’t just cobble. He shapes and creates, shaving and cutting wood into interesting places to stuff game hardware. 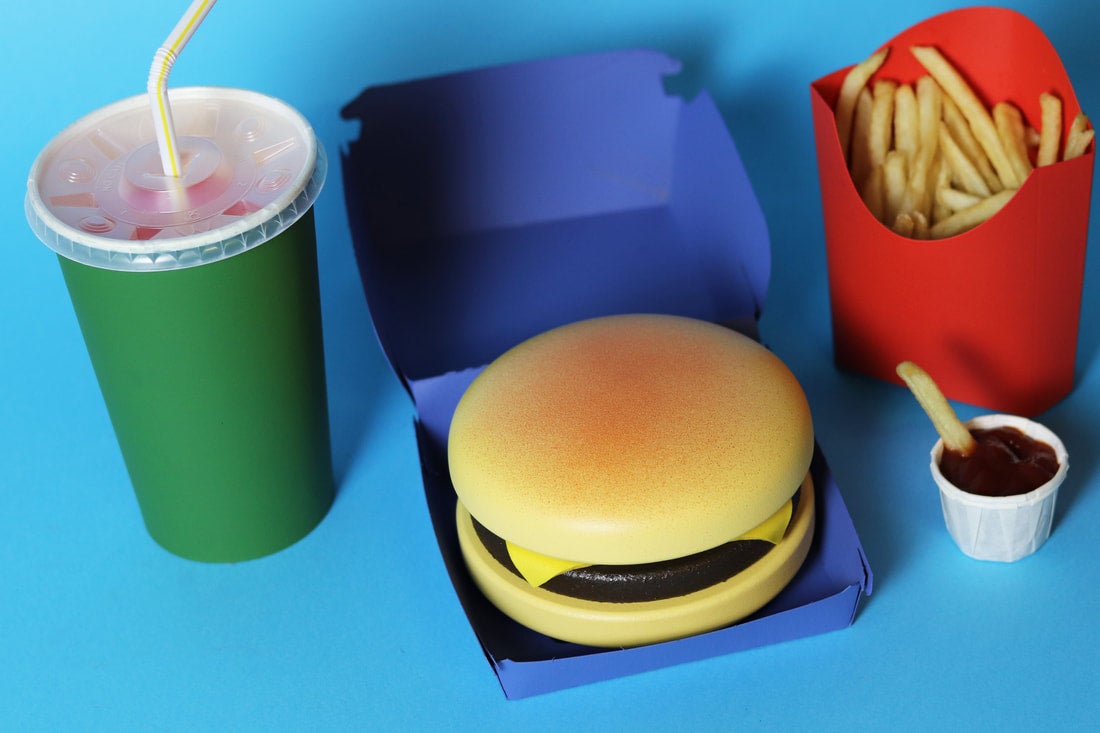 The Game Burger Advance looks like food, but it’s really a conceptual battery-powered retro game console made of wood and electronic bits. Multiple layers of wood are shaped, sanded, glued together and painted to form the top and bottom of the case. The two halves are connected with wire pass-through hinges, allowing them to communicate. The final touch is a layer of plastic “cheese” with punch-throughs for the buttons and directional pad. Once completed, we have this:

The speaker is a little tinny, but this isn’t a project designed for high-fidelity sound. It’s meant to be playable and look semi-edible. It does both of those things. Love Hulten has made a lot of strange objects that play video games, but the Game Burger Advance is by far the silliest.

Most of his pieces end up looking like future tech as imaged by people living in the 1950s and 1960s. This one looks like a food. Maybe he was hungry. 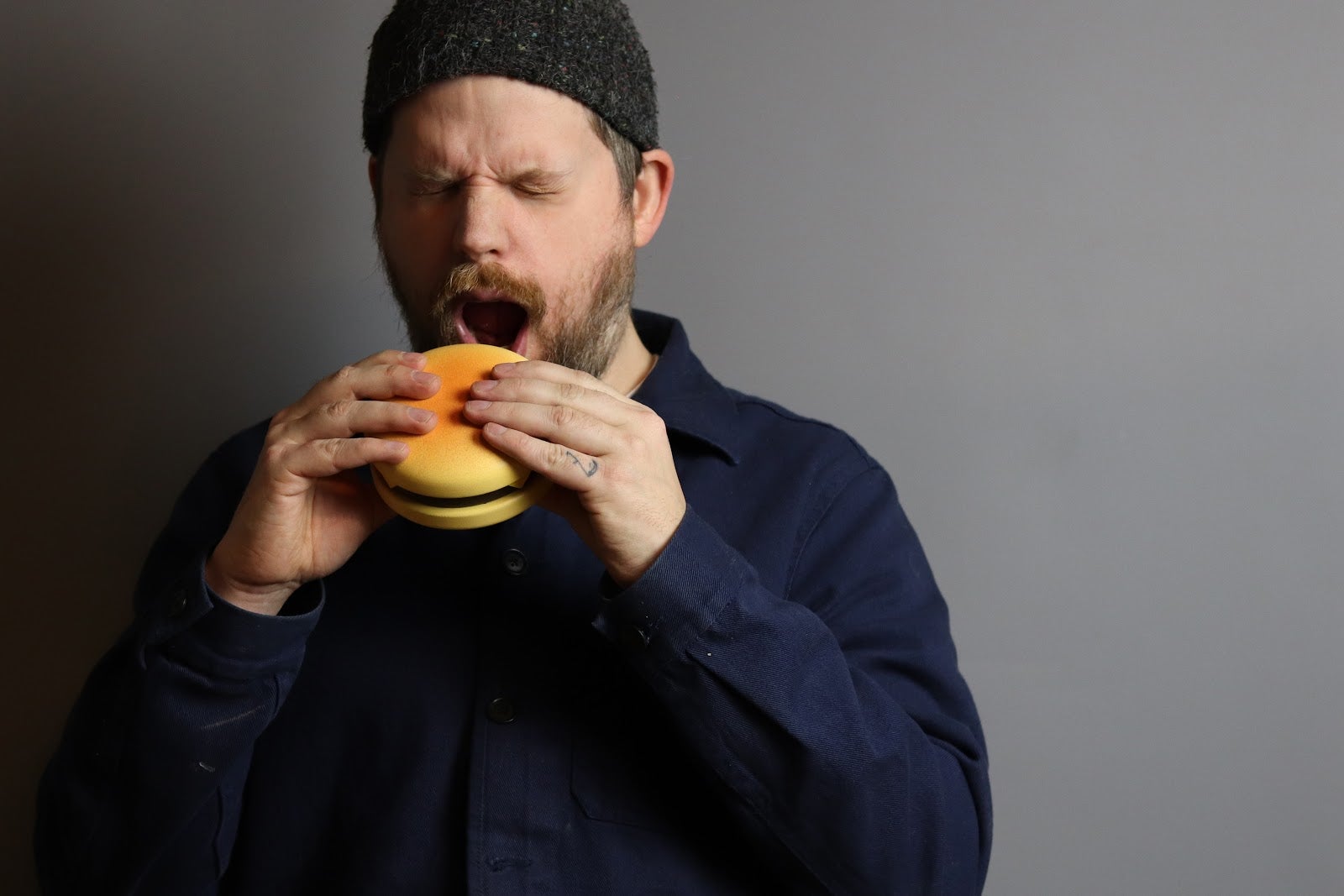 The artist, his creation and a potential mouthful of splinters.

The Game Burger Advance is a conceptual work and is not for sale. Hulten has uploaded a video of its creation, however, so if you’ve got the skills, materials, and tools you might be able to do it yourself.