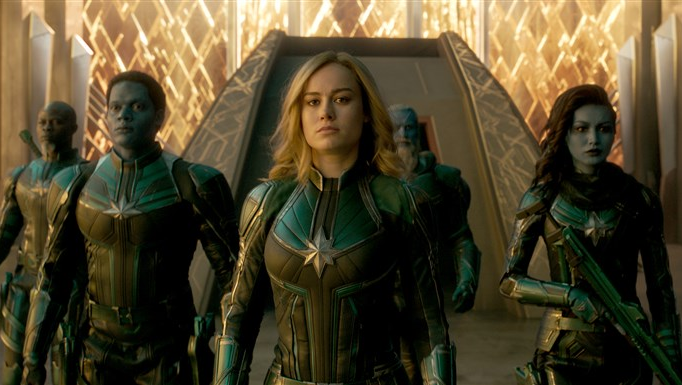 OK, so we can acknowledge that plot holes aren’t the end-all be-all of film criticism, but that doesn’t mean they don’t, occasionally, bother us. And here’s one that’s undoubtedly sticking in fan’s craws: OK, so if Nick Fury had this super powerful friend that he could page when there was danger, why didn’t he do so, y’know, during the Battle for Manhattan? Or during the whole Ultron thing?

And, honestly, it’s not a bad question. Naturally, it’s such a natural, nitpicky sort of curiosity that someone finally asked Kevin Feige, ur-produer of Marvel Studios, about it. Thank you Peter Sciretta of Slash Film for taking the bullet on this one, buddy.

Here’s how that went down:

Peter: I have my nitpicky question I gotta ask you.

Peter: And I know you probably have an answer for this. Why didn’t Nick Fury not use the pager until Infinity War? Because this big hole opened up in the sky and aliens attacked New York City.

Peter: Because that was just a city. I guess that’s not the world.

Kevin Feige: The other thing I’d say is how do you know he never hit it? How do we know he never pushed it before? We’ve never seen him push it before. That doesn’t mean he never did.

It is, certainly, an answer. I want to see the Marvel short where Nick Fury keeps paging Carol and she, busy doing something exciting on some alien world, gets pissed and ignores it. And if he didn’t, we can surely respect Fury for having some restraint and trusting the Avengers in the face of major calamity. If I had Captain America on my side, I’d probably trust him a lot, too. He’s a good dude.