I Wish This Charming Anime Game Wasn’t A Roguelike

RemiLore: Lost Girl in the Lands of Lore is a game filled with things I love. An unlikely anime hero finds herself in a magical world, where she must defeat mechanical creatures using ridiculous weapons. Oh, and the robots drop snacks when they die. It would be a perfect game if only it didn’t have roguelike permadeath. It doesn’t suit this game.

Out now for the PlayStation 4, Switch and Xbox One with a Steam version on the way, RemiLore is the anime-inspired tale of Remi, a hapless high schooler, who accidentally gets transported to a magical dimension by a sentient spellbook named Lore.

The dimension, Ragnoah, is overrun by mechanical beings hell-bent on taking out team RemiLore. Armed with a broom, hockey stick, golf club or any one of more than 200 wacky weapons and backed up by Lore’s magical skills, Remi must hack and slash her way to the portal home.

The hacking and slashing portions of RemiLore are super fun. Depending on the type of weapon equipped, Remi either tears through enemies with fast, low-damage swords or beats them into submission with slow, high-powered hammers. Enemies are easy to read, so combat is all about knowing when to strike and when to dodge.

Matching weapons skills up with Lore’s cadre of spells makes for additional strategic options – a weapon that does more damage to slowed foes works well with a slow spell, for example. But really it’s about losing yourself in the mindless rhythm of battle.

Publisher Nicalis calls RemiLore a rogue-lite, indicating a game that shares similarities and structure with the roguelike genre. The game’s levels are procedurally generated, making each journey through Ragnoah’s four regions unique. Different weapons spawn, and the game shuffles its enemies and bosses. Those roguelike aspects of the game aren’t so bad.

The problem is when Remi dies, she’s dead. There are no continues. Players can choose to restart at the beginning of the series of levels they are on, which means if they are on level 2-3 they start back at 2-1. Players can also opt to start a new game, which carries over any upgrades they’ve purchased using “dessert points.” 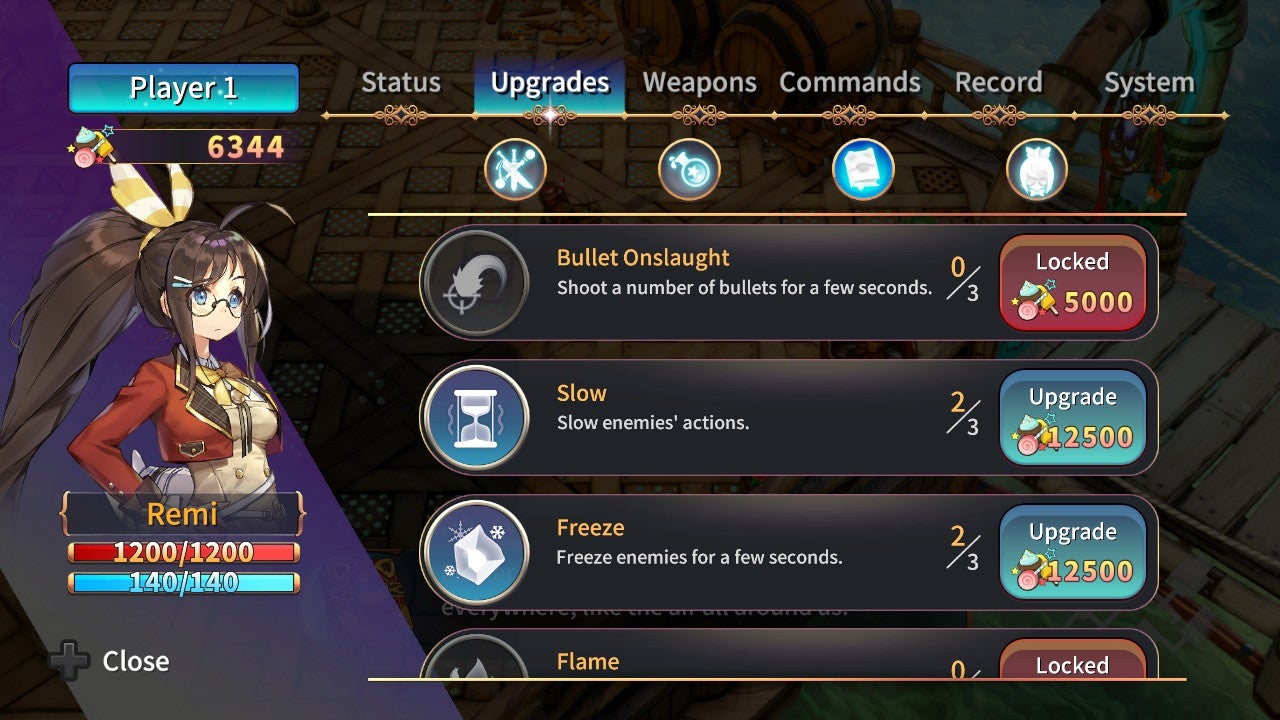 The idea, as it is with most roguelikes, is the player will build up upgrades until they are strong enough to reach further in the game’s story. But there are so many random factors that affect how the game plays out, it’s difficult to plan ahead. Being assigned the wrong starter weapon or ending up in a small room with a large number of enemies can ruin progress.

I don’t want my progress ruined. I would much rather travel from point A to point B, learning more about Remi, Lore and Ragnoah as I go The characters are charming. Their dialogue, fully-voiced in Japanese, is fun. Just who is the mysterious Choux, and why does she look so cool? 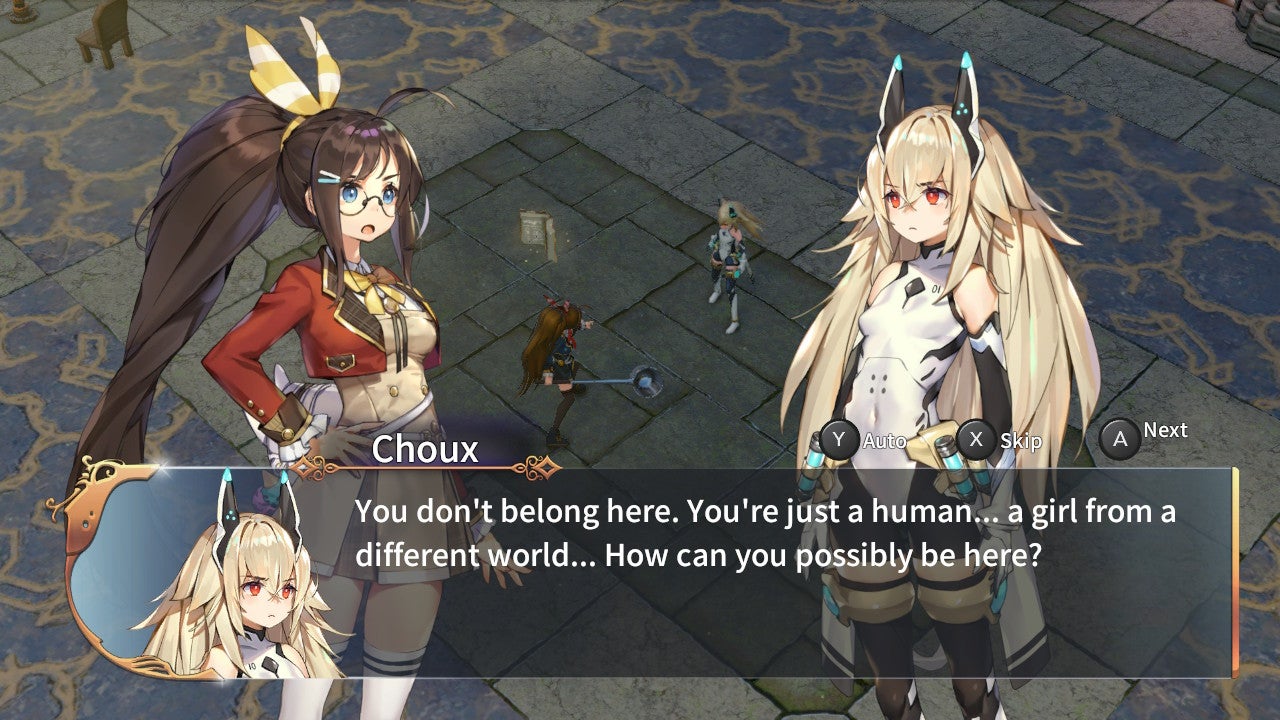 But I keep having to start over. Since there’s only one save file shared across all game modes, if I decide to play single player without the story or co-op mode, the whole thing starts over again.

If only RemiLore were something else. A straight-up action role-playing game perhaps. Or just a basic hack and slash affair. The characters are great. The combat is excellent The setting is intriguing. It’s all just being held back by being a roguelike, when it doesn’t need to be.