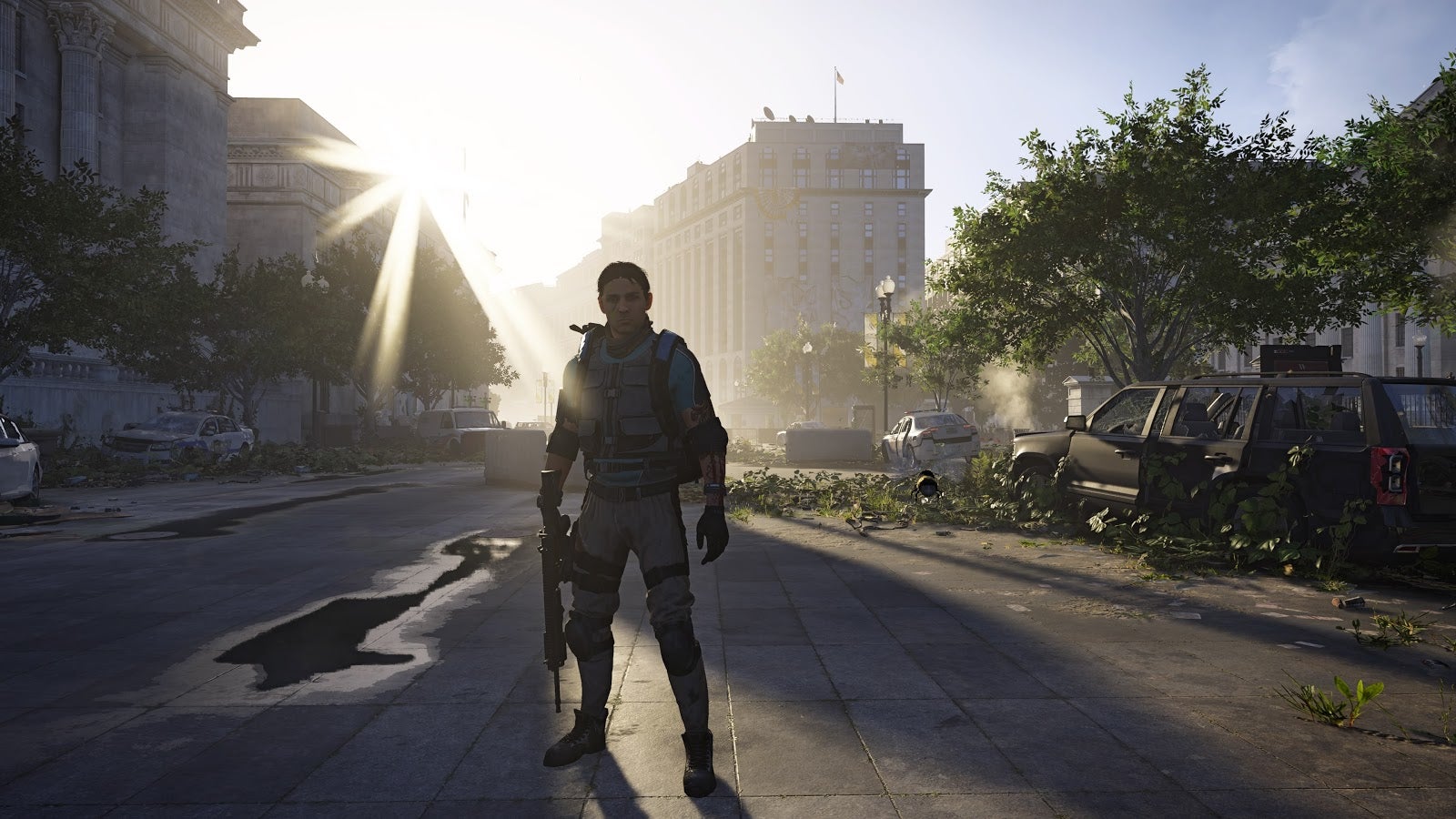 The Division 2 is mostly very good, but a bug that the developers acknowledged on Saturday has me scrambling through my checklist of what to do when a game isn’t working right.

The bug involves in-game skills, which are special attacks tied to gadgets such as drones and seeker mines that players use throughout the many gunfights in The Division 2’s version of Washington, DC. Each skill is powerful but has a cooldown, so a player should wait for the best moment to unleash them.

The problem is that for some players, myself included, some skill gadgets are malfunctioning after being activated and are immediately going into a 15-second cooldown.

Here’s my attack drone doing that as I tried to unleash it during a battle on Sunday. It’s supposed to hover near me and then attack enemies, not just emerge and disappear:

The bug doesn’t happen all the time. I’m mostly playing The Division 2 solo and have made it to level 20 after about 35 hours of playtime. I find the game challenging but largely fun and rewarding. Mission design has been terrific, enemy artificial intelligence devious and impressive. From time to time, as bullets fly, I could really use an assault drone. It can be really handy.

Here’s a clip where I used it so well I had an enemy barking at me: “Fuck you and your drone!”

When the drone doesn’t work, I get bummed out, especially if my character then gets killed. Unfair! The game isn’t working right.

On Saturday, a Ubisoft community manager wrote on the game’s forums that “we are working very hard to address … Skills not working properly and immediately being on a 15 second cooldown.”

I’ve also had trouble with the Firefly, another type of drone in the game that, even on paper, is more difficult to wield than the standard assault drone. Its most interesting mode challenges players to tag three or more enemies, make sure the drone has a clear flightpath between each linked enemy, and then commit it to tagging each with special bombs. Those bombs will only detonate if any two of the enemies get close together. When it works well, it’s great.

There’s also a Firefly variant that can detect enemy weak points as well as combustible elements in the nearby area (think: explosive red barrels and the like) and immediately attack them.

For days I’d been moving up the steep learning curve to use the Firefly well, only to notice that sometimes, when I assign it to fly out and tag enemies, it just stops in mid-air and disappears. That sucks, especially because my Firefly doesn’t go onto a 15-second cooldown. It goes to one that’s about 90-100 seconds.

Is the Firefly also bugged? Or am I missing some subtle requirement about how it is meant to be used? Are enemies jamming it? I’m not sure.

When these kinds of problems happen, first, of course, I grumble, restart a failed encounter and try again. I take some solace knowing the developers are aware of some problems with cooldowns and that they’ve already been patching other problems out of the game swiftly.

I don’t consider putting the game down, because I can’t. I’m playing it to review it while juggling other work and care for my kids. My stress picks up when the game malfunctions. I need to hit level 30, need to hit the endgame.

I do consider playing around the bug by switching skills, since there are eight main ones overall and you can only bring two to a fight. Maybe the shield isn’t bugged and I should go with that. Maybe the turret works better. I consider this, but then I think, no, I like the drones. Pride gets in the way. I’ve invested time in learning to use the Firefly well. I’ve had colleagues tell me the Firefly is no good, and I’ve argued otherwise. Look what I can do with it! How could I bail on it now?

I tell myself that the occasional drone malfunctions are canonical. The Division 2’s world is a disaster. Sometimes a guy’s gear isn’t going to work properly in a disaster. Have I convinced myself? Nah.

I grit my teeth and bear it. Yep. It’s not actually that bad, because I keep getting better guns and armour in the game, and I’ve got plenty of other ways to mess enemies up.

On a livestream on Thursday, the game’s creative director, Julian Gerighty said that the most important thing for his team right now is the health of the game. He rattled off fixes that were already being rolled out and maintained that making sure the game works as it should would be the team’s focus.

Earlier today, Ubisoft community developer Chris Gansler said that a fix to this bug is the team’s “highest priority” but wasn’t able to nail down a timeline about when it’ll be implemented:

Regarding the skills bug: This is our highest priority right now and we understand how incredibly frustrating it can be. I died to it yesterday as well, I feel your pain. As pointed out already here in the thread, fixing this issue is something we want to do right to not include more bugs with it. That means it’s taking a bit longer than we want but the dev team is hard at work to fix this. We’re also planning to add other fixes to that patch, which hopefully will have a positive impact for everybody.

Ubisoft says a fix for “most” of the occurrences that prompted the 15-second cooldown issue is rolling out currently. Note that they’re also recommending players avoid certain weapon talents, which presumably means not using weapons with those abilities:

Agents, good news! We have identified several issues that were causing skills to immediately destroy themselves and go on a 15 second cooldown. Our development team has been hard at work during the weekend and throughout today to find a fix for those problems.

We will be able to solve most of these occurrences with the brief maintenance today, March 18th at 10:15 PM CET / 5:15 PM EST / 6:15 AM KST / 8:15 ACT. The servers will be down for approximately 15 minutes and you should encounter these issues way less often from this point on.

The team is continuing their work to resolve all the remaining issues on this topic with a future patch later this week. Until then you can try to avoid the talents EXTRA and OVERLAP which seem to be the culprit and can cause skills to act up even after maintenance, albeit still much less often.

This means that the updates should already be live here in Australia, so look out for a patch or update file before loading into the game.